Informed sources: moving under the cover of the popular crowd

Side of life in eastern Mosul yesterday (Reuters)

Informed sources revealed yesterday that the Quds Force’s for »Revolutionary Guards» Iran opened dozens of political and military headquarters under the popular crowd in the left – hand side of the city of Mosul cover, sources indicated that the Iraqi Vice President and Secretary General of the Islamic Dawa Party Nuri al – Maliki , who shall oversee this headquarters and support funds to earn a number of heads of Sunni tribes and citizens within the city.

The official spokesman of the Arab tribes in the province of Nineveh, Sheikh Muzahim Ahoit, for »Middle East» Maliki «so far succeeded in winning a number of Sunni Arab tribal leaders and personalities from the left side of Mosul and south of the city, is currently working secretly to form tribal councils in Nineveh , affiliated with the direct support of the Iranian Revolutionary Guards and the Iranian Supreme leader Ali Khamenei ». Ahoit added that under this scheme «open Iranian guards , dozens of headquarters in some of them equipped with all kinds of weapons and forces, and other small parties , al – Maliki is working on granting work permits from Baghdad and the headquarters directly linked to Iran», pointing to the deployment of armed groups leading each area and carried out arrests among the citizens.

The highlights spokesman for the Arab tribes in Nineveh light on al – Maliki and Iran targets in the extension of influence over Mosul , saying: «They are seeking to gain a greater share of parliamentary seats from Mosul, as well as obtain the majority of provincial council seats, tearing Sunni Arabs, and the funeral of Mosul, and the fight against the Kurdistan region».

According to an official at a faction of the popular crowd , which has offices in Mosul, the Iranian officers are present constantly in these offices, noting that Iran supplied militias with heavy weapons and aircraft march during the last days inside Mosul, without revealing further details.

Iran is seeking to open a land route through Mosul to the Syrian territory to support the regime of Bashar Assad and Hezbollah with weapons and ammunition and fighters, and increase its influence in the region through control of the city of Mosul, and approaching the borders of Erbil , the capital of the Kurdistan region of the city.

Furthermore, section XIV Kurdistan Democratic Party relations official in Mosul, Sheikh Muhyiddin Mezouari said, «Middle East» that «after the liberation of the left side of Mosul, entered into many factions to this side under the popular crowd cover, now there are more than 43 offices of popular crowds in the city , in addition to the opening of the offices of the State of law coalition led by al – Maliki , and these offices are not subject to any control neither the Iraqi government nor the local government in the province ».

He added Mezouari «There are crowds of Sunni tribal calculated on al – Maliki with a stream of arms, the political parties that stand behind it seeks to destabilize the security situation in the liberated areas and stir up sedition among citizens». He warned Mezouari that Mosul «will be in front of internal armed conflicts between these fierce armed parties if there are no unified political vision by the political parties and movements working on the scene Conductivity».

Twilight News / Search President of the Kurdistan Regional Government Nachervan چBarzani on Sunday with Minister of Planning in the Federal Government Development Iraq held in the capital of Arbil conference with the participation of the World Bank and representatives of the Iraqi provinces.

In a statement to the presidency of the provincial government responded to the Twilight News, that Barzani and Minister of Planning in the Iraqi government received Salman Jumaili and his accompanying delegation.

The statement noted that through Jumaili during the meeting was pleased to visit the region and the Iraq Development Conference held in the city of Arbil, with the participation of most of the Iraqi provinces and representatives of the World Bank and UNDP and other organizations, directed thanks to the provincial government and the Ministry of Planning, which in this regard.

The statement added that Jumaili expressed his readiness for any Aotaaon coordination with Erbil to improve bilateral relations and re-dues in the province, noting that there are well-established relations between the two ministries.

The statement said Jumaili spoke during the meeting about the general situation in Iraq and harboring large numbers of displaced people and refugees fleeing from the oppression of terrorism by the government and the people of Kurdistan, pointing out that the subject of valuing hosting at the local and international levels.

The statement noted that Barzani For his part, thanked Jumaili for his visit and praised the holding of doing Iraq’s development conference in Erbil, expressing readiness to host the provincial government to organize such conferences in the region?

And like relations between Arbil and Baghdad, said Barzani, according to the statement that the region wants to resolve all outstanding issues with Baghdad through dialogue, revealing that the past few months have seen excellent relations between Alپeshmrگh and the Iraqi army in order to confront and eliminate terrorism in the region.

Barzani expressed his hope to see other areas Tmtina more in relations, expressing his belief that there should be a solid and comprehensive plans for the stages that followed the elimination of “Daesh” for the return of confidence among the various components of Iraq, according to the statement.

one hour ago
Last updated
The time now is 08:40 PM
Baghdad / Al-Ghad Press:
The head of the operations of the Tigris, Lieutenant General Mizher al-Azzawi, said Sunday that the operations of cleansing Metebeijah, which started last week, was a success of 90%, indicating that it resulted in the killing of elements in the callers of different nationalities and foreign, adding that it crushed the so-called “Diyala and Salah Debt”.
Al-Azzawi told Al-Ghad Press that “the military operation that was launched last Wednesday to clear the Metebeijah border between the provinces of Diyala and Salah al-Din elements of Dahesh, which lasted for two consecutive days achieved a success rate of 90%,” noting that ” Dozens of members of the Dahesh and of different Arab and foreign nationalities, as well as the destruction of many of the car bombs and ammunition for the organization. “
“The operation was aimed not only at the purge and liberation of Mutaibeja but also in the cleansing and liberation of the border areas and border between Diyala and Salahuddin in general,” he said, adding that it “crushed the Diyala and Salahaddin states within the structure of the terrorist organization after the killing of most of its supporters and leaders.”
“The security forces and the popular mobilization forces are still stationed in the areas of Mteibeja and its outskirts to impose security and cleanse them from the desecration of the criminal organization,” Azzawi said.
The leader of the operations of the Tigris, saying that “the leader (m) in the organization of Dahesh, which is one of the most prominent leaders of the so-called Diyala state in Dahesh, was killed by shelling and targeted the organization of the organization of the clearing operations Metibija border between Diyala province, which was carried out during the days of last week, Noting that “the security forces were able to identify his position in the structure of the organization after a distinct intelligence effort.”
“The killing of this leader, in addition to many leaders of the Diyala and Salahaddin states created a state of despair and internal fighting among the ranks of the terrorist organization, who fled to various parts of the border areas between Diyala and Salahuddin.”
Al-Azzawi pointed out that “the security forces continue their pre-emptive operations by chasing remnants in the border areas of Diyala and Menaem to find safe havens in the province.”
Last Wednesday, a four-pronged military operation was launched, with the support of the popular crowd, the Air Force and the Air Force to clear the Mteibeja district of Dahesh.
https://translate.google.com/translate?hl=en&sl=ar&u=http://www.alghadpress.com/&prev=search 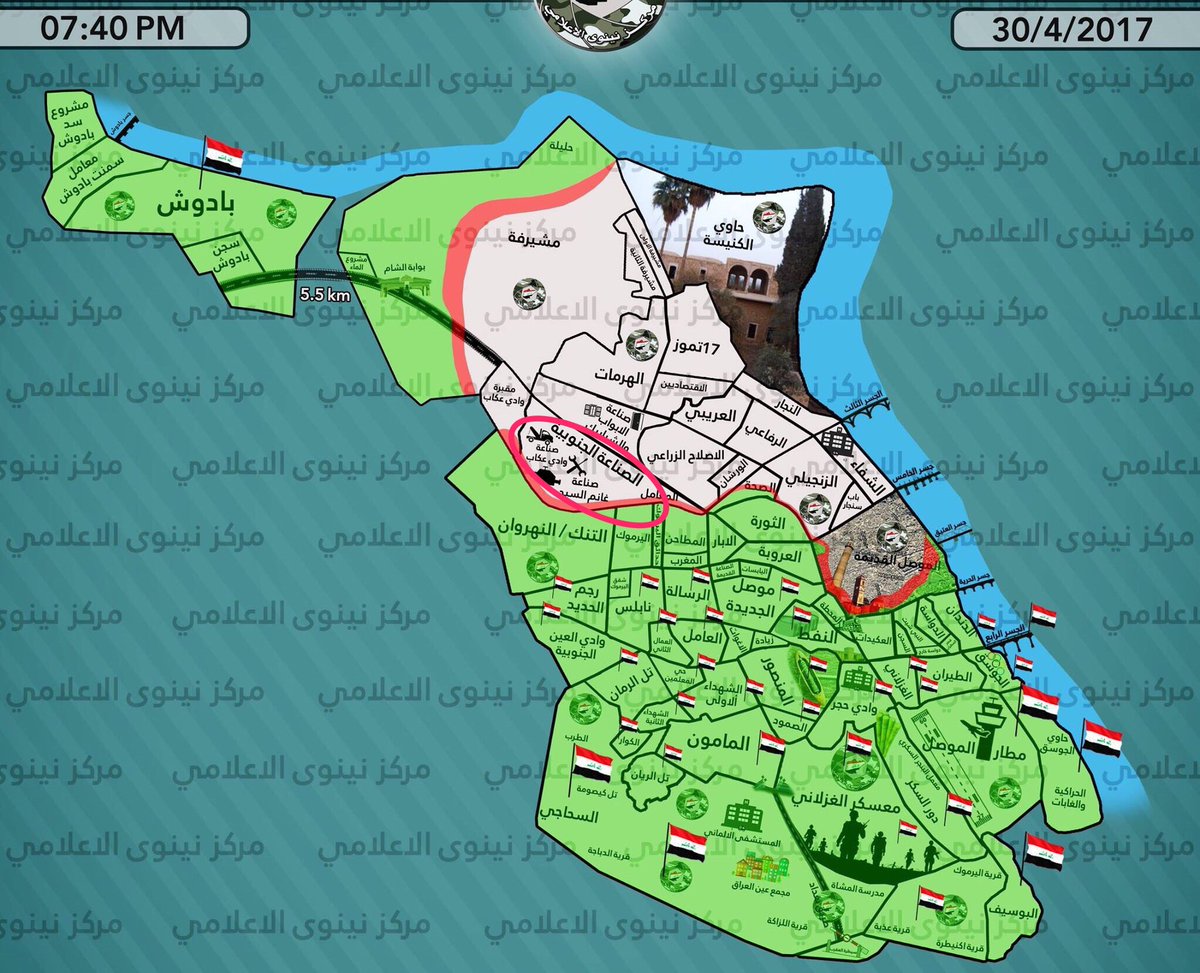 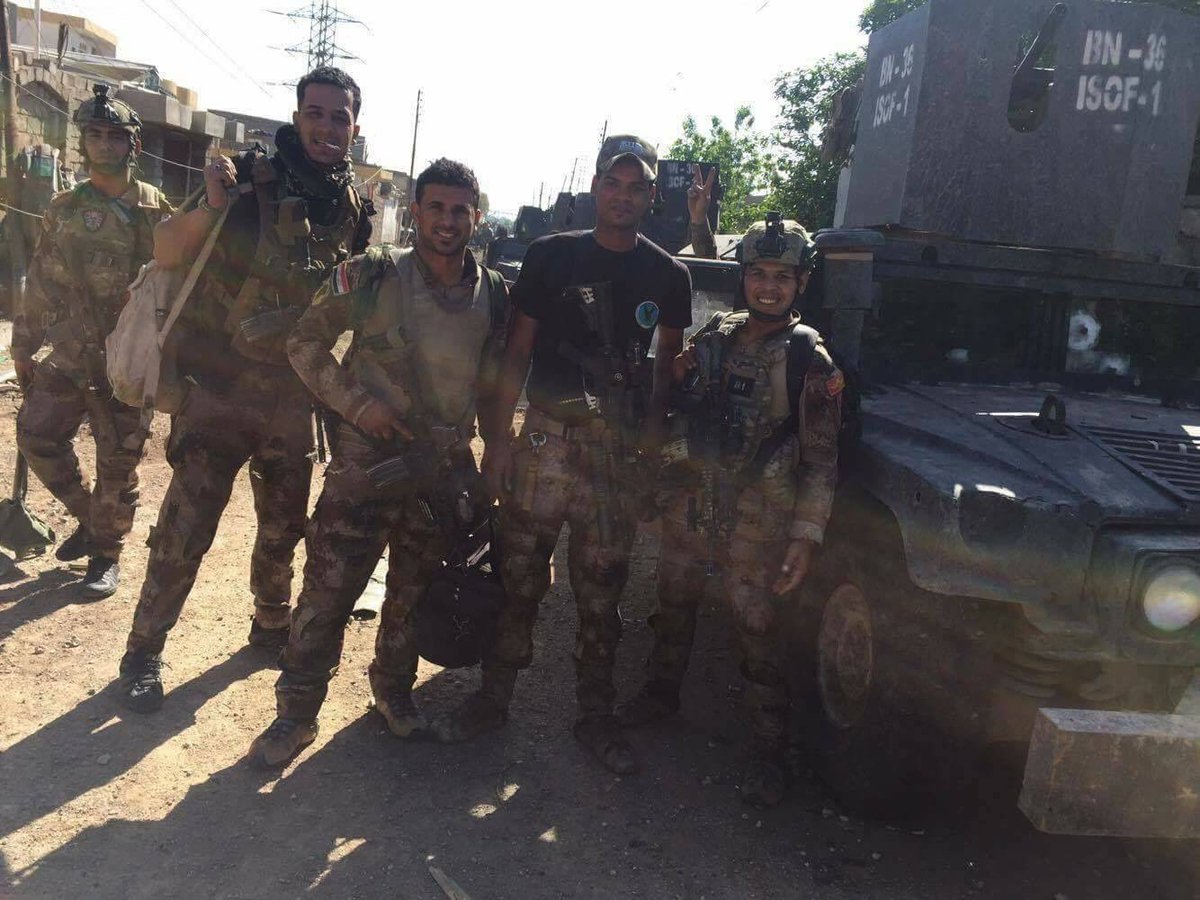 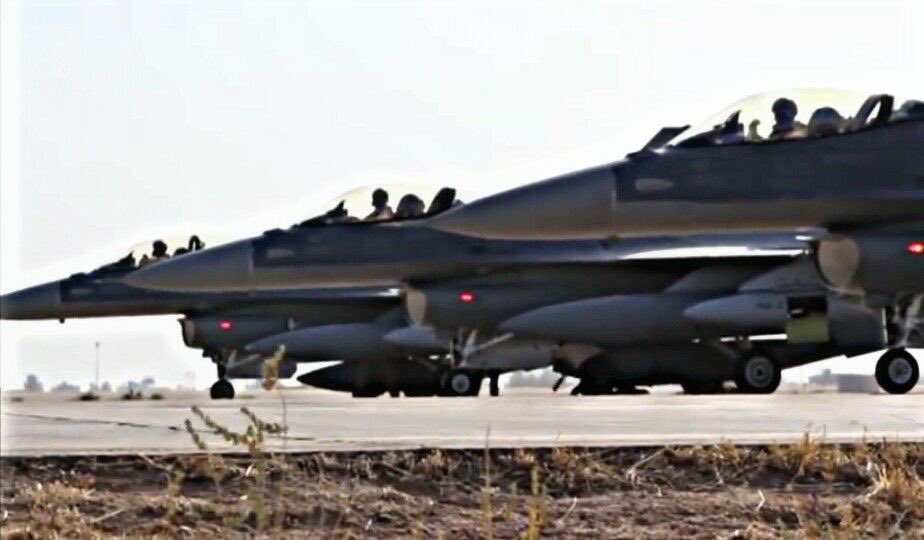 Khandan – The leadership of the Federal Police on Sunday, for thekilling of a leading role in organizing the “Daesh” terrorist west ofMosul.

The Federal Police team leader Raed Shakir Jawdat said in astatement, said that ” the Federal Police continue its operations in enemy intelligence in coordination with the depth of the flight path and the guided missile battalion.”

He Jawdat said his forces managed to kill ” the so – called terrorist squad barefooted , Abu Ishaq Tunisian and 4 of his aides in theeconomic district official.”

He noted that “cuts federal police supported the front lines of heavy weapons , anti-tank in the areas of the door of the brick and the edge of the river and the door of eggs and dairy rod and a new door.” 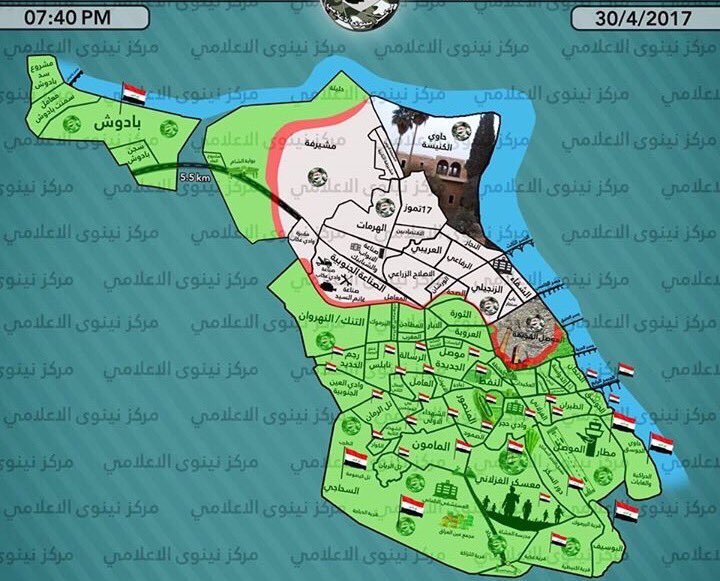