A bank worker in Kurdistan Region. Kurdish Region does not have a strong banking system which may make the tax collection difficlut to be applied. Photo: Rudaw
ERBIL, Kurdistan Region – Ministry of Finance and Economy of the Kurdistan Regional Government (KRG) has given a deadline of April 21 to the region’s private sector to comply with the ministry’s decree of 2011 which subjects the private sector’s companies and employees to pay a tax of five percent in their income to the government, or face necessary fines.
A five percent income tax will be imposed on public and private sector employees whose salaries exceed one million Iraqi Dinars (IQD), the KRG’s income tax law passed by the parliament in 2011, reads.
The KRG has given the private sector a 12-day notice to abide by its income tax law which was amended nearly five and half years ago, but remains unimplemented to date.
The Ministry of Finance and Economy has issued a statement on the outstanding status of the law and sent a copy of it to Rudaw, warning the private sector of fines if failed to comply with the law.
“All payment reports must be submitted to the directorate of income tax before the deadline of April 21 expires or necessary fines will be levied.”
The KRG approved a set of instructions this year to directly cut the income of those violating its income tax law. According to these instructions, Employees who fail to submit their income tax report on time will “be fined by 75,000 IQD.” They will also be “subjected to a fine of 5 percent in the overall tax they fail to pay, that is if they are late in paying their taxes.”
The instructions state that the income tax law will not apply on “pensioners, expenses dedicated to treat patients, an accident happening while at work, death compensations, salaries and endowments of diplomats.”
“The system was already there. And it will now be applied to all companies in a practical way. Government employees have already been paying their taxes annually,” Dr Kamal Tayeb, director general of the tax office at the ministry of finance, told Rudaw.
http://www.rudaw.net/english/kurdistan/090420174
Advertisement 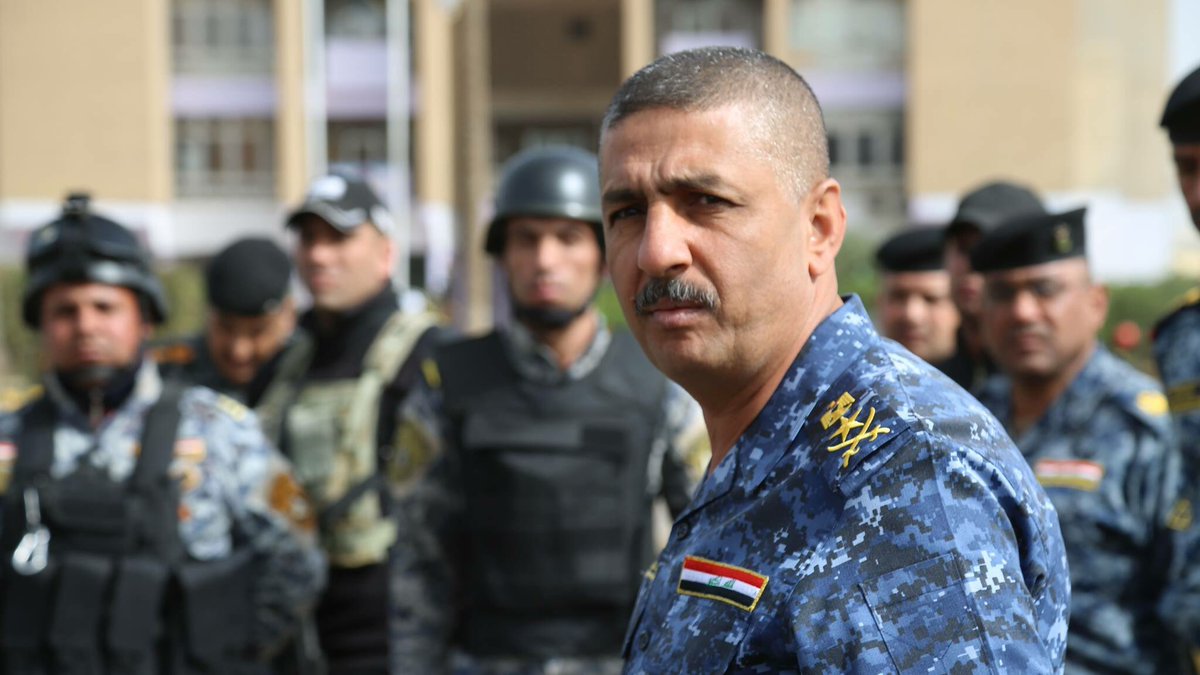 Baghdad – Journal News
MP Jamal Al-Muhammadawi called on the competent authorities to adopt the standards issued by the World Bank for the business environment to raise the level of Iraq in the international classification.

“The competent authorities should adopt the World Bank’s standards for conducting business in the world to gain a better position in the international classification of the business environment in Iraq,” he said during a seminar held by the Institute for Progress in Development Policy. He stressed the need to activate programs that will support and promote economic growth and stimulate the wheel of economic life in general.

He said the World Bank had issued a report on the business environment in 190 countries around the world. Iraq’s 2017 ranking ranked 165 out of 190 countries with a one-year improvement over 2016.

He added that the World Bank’s 2017 report included 10 criteria for measurement and calculation on the basis of which the success or failure of the country is calculated according to each of them, one of the articles related to the status of women and their participation in the business environment and the second criterion dealing with the building permit and the third access to electricity and the fourth registration of property rights For the property and fifth access to credit and the sixth to protect the rights of the minority of investors and the seventh to pay taxes and the eighth trade across the border and the ninth obligation to respect and respect the tenth and face cases of physical hardship.

50 minutes ago
Last updated
The time now is 09:49 PM
Baghdad / Al-Ghad Press:
A US congressional delegation met Sunday with Prime Minister Haidar al-Abadi on the continuation of US support for Iraq in its war against terrorism.
“Prime Minister Haider al-Abadi received in his office Sunday a delegation from the US Congress headed by Rep. Dennis Ross,” the office said in a statement. The delegation included Darren Soto, Florida Democrat and Neil Dan, a Republican vice-president from the state of Fedorida and Bob Lata. A Republican from Ohio and Steven Lynch, a Democrat from Massachusetts, as well as US ambassador to Iraq Douglas Seelman. “
He added that “during the meeting, they discussed enhancing bilateral cooperation between the two countries and the conduct of the battle of Mosul and supporting Iraq in all fields, in addition to the situation in the region.”
“The delegation praised the victories achieved by the Iraqi forces on the Dahesh, which the world views with great admiration, and stressed the continued support of the United States of America for Iraq in its war against terrorism and cooperation in the agricultural sector and economic fields and support partnerships between the private sector in both countries.”
http://translate.googleusercontent.com/translate_c?depth=1&hl=en&rurl=translate.google.com&sl=ar&sp=nmt4&tl=en&u=http://www.alghadpress.com/news/97941/Alghadpress&usg=ALkJrhiRhXRqPP_NysgycdjLsCxG4xmk-g

said the British ambassador to Iraq , Frank Baker, said Sunday that “toured the British business and women are aware of the opportunities and incentives to invest in Iraq , ” calling on the government to “tackle corruption to the success of the project.”

According to Baker , in a statement received by all of Iraq [where] a copy of it today, “.altakit many British businessmen and women who are aware of the opportunities and incentives to invest in Iraq , ” during the British export financing organization about doing business seminar in Iraq as part of the annual conference of the Council of Iraqi – British Business “, calling on the government to address the phenomenon of corruption.”

He noted ” the signing of a memorandum of understanding with Abdul Razak Abdul Jalil Al – Issa, Minister of Finance on behalf of which paves the way for a new set of support from the British export infrastructure in Iraq funding organization , ” pointing out that “this agreement will open the door for further economic cooperation between our two countries” .

He said , “One of the ways in which we can take out of this cooperation forward is through the organization of commercial visits to Iraq with the increase in the commercial interests of the United Kingdom , ” asserting that “these visits the commercial teams are currently drawing attention to it. But if Iraq will attract real foreign investment the government will also need to address the problem of corruption. ”

He explained that “over the past few years , Iraq was rightly focused on the defeat of the curse Daesh,” adding that “advancing Iraqi security forces, with the support of the global coalition to defeat Daesh in the coming months , ” stressing “The Government of Iraq must now begin to pay attention to address the great challenge of the following: corruption and this will not only provide a higher level of services to the Iraqi people, but Ciecjaa British companies to see Iraq a reliable business partner. ”

He concluded that ” the elimination of corruption , we can help Iraq rebuild after decades of war and sanctions that stand behind him, however began to defeat Daesh looming, the Government of Iraq is now beginning to look to reconstruction and reconciliation plans , it is important now more than ever to meet people and politicians to work together for a strong and unified Iraq. ”

Khandan – said Iraqi Prime Minister Haider al – Abadi, said that ” theworld and admire the victories of the Iraqis see some miracle”, saying that “our heroes are still fighting and make sacrifices after another to defeat Daesh.”

Ebadi said during a speech at the central celebration of theanniversary of the martyrdom of Sayyed Mohammad Baqer al- Sadr on Sunday, that “thanks to the apostolic line and line of sacrifice and strength of determination defeated Iraq against terrorism , ” adding that “victory starts from the heart rather than arms.”

He added Abadi , according to a statement by his press office, said that ” the victory in hand, but we have a big and serious challenges calling on politicians not to anticipate victory , ” noting that “if itmanaged to Meredo sedition returned to this nation back.”

Abadi said, “It is still the enemy Aldaasha take civilians as human shields and international humanitarian organizations and stressed thedifficulty of delivering aid to civilians in the liberated areas.”

Abadi said that “Daesh is ready to transfer hundreds of civilians into human shields to achieve one ‘s victory on the ground point.”

He asked the Iraqi prime minister, “If we are united in the war on Daesh why not unite against corruption?”.

Abadi called “everyone to compete on a project similar to what ishappening on the battlefield of the race to sacrifice for the homeland and holy sites.”

He said the political bureau of the Kurdistan Democratic Party member Roژ Nuri Shaways, told a news conference on the meeting that the delegation brought his message to the consuls and representatives of foreign countries in the region on the referendum, adding that he shed light on the process of holding the referendum and how to organize countries and students to support this process so that the Kurdish people self-determination.

He added that representatives of countries expressed their pleasure and thanked them for the information provided them by the delegation.

He added that the consuls countries put forward the delegation of some questions about the conduct of the referendum in the Kurdistan region of action, without further details.

The spokesman for the joint operations Brigadier General Yahya Messenger, Sunday, that the military units surrounded the city of Mosul Ayman completely, while noting that freeing the city has become a matter of time.

The Messenger, L / balance News /, “The right coast of the city of Mosul ended militarily,” noting that “the joint forces cordoned off the coast from all sides completely, as well as KD elements of the organization Daesh terrorist by the Iraqi aviation and the international coalition.”

He said the messenger, that “forces also managed to cut off the financing of the terrorist organization Daesh ways between the Syrian and Iraqi territories,” adding that “military units continuing progress in the process of axes and achieve victories, the liberation of the entire coast is a matter of time.”

Mosul (IraqiNews.com) A Counter-Terrorism officer revealed, on Sunday, that security forces stormed a building that was used by suicide bombers belonging to the Islamic State as a stronghold, west of Mosul.

Colonel Hashim Fadel said in a press statement that forces from the elite Counter-Terrorism Service stormed a building that was used by dozens of the Islamic State’s suicide bombers as a stronghold in Souq al-Maash, west of Mosul.

The confrontations so far resulted in the killing of more than 30 suicide bombers belonging to the Islamic State, Fadel added.

Iraqi security forces are going through fierce battles to recapture the city of Mosul from the Islamic State terrorist group, after the announcement of Prime Minister Haider al-Abadi to start an offensive, in 19 February 2017, to retake the western side of the city.