BAGHDAD INA / new head of the Iraqi Islamic Supreme Council Ammar al-Hakim, on Monday, its support for the reform process carried out by the three powers, while stressing the importance of meeting the demands of the demonstrators.

A statement by the Presidium of the Supreme Council, said that “al-Hakim said during chaired by Shura extended stream martyr Mehrab that” demonstrations constitutional right and will contribute to support the reform process. “

He stressed that “the protection of pretending lurking who are trying to drag it to the other target areas where basic Bmrtkzadtha hit the state, said that a detailed public majority of the demonstrators are the sons of the people affected, and Duns services, but there are a few bad must be wary of them.”

Hakim pointed to “the importance of meeting the demands of the demonstrators, and the preparation of an efficient and effective plans to end the crises that whines the Iraqi people, noting the importance of the return of investment of moral support to the security forces and popular crowd, and to be telling them a top priority; because the battle with Daash battle existence, warning of attempts to drag chaos to central and southern region.

information / special / ..
It announced MP for the Liberal bloc in fulfillment of a fight, Monday, for parking and mass with the demands of the protesters who are calling for the resignation of the President of the Supreme Judicial Council Judge Medhat Mahod, stressing that the recent dismissal of the judiciary will see significant changes.

She said a fight in a statement / information /, “The Altdahirat that came out today to demand the dismissal of the head of the Supreme Judicial Council, Judge Medhat Mahod is a fait accompli, a demand for reform of the judiciary”, noting that “If reconciliation eliminate repaired all the state institutions because it means to hold accountable corrupt and negligent” .

She added that “until now we have not seen any changes Mahmood and still carry out his functions and promulgates laws, and that Almtdahiran felt that this disregard their demands.”

We MP for the Liberal bloc, “We Nntdhar change and hope it but this matter to the government.”

Dozens of people protested Monday in front of the Supreme Judicial Council building in Baghdad to demand the resignation of President of the Council Medhat al-Mahmoud and make real reforms in the judiciary. Finished / 25

Information / BAGHDAD / ..
Praised the three presidencies meeting, on Monday evening, the Joint Military Forces military operations in Anbar and Baiji, while calling to provide the necessary services to citizens.

The presidency said in a statement received by the agency / information / copy of it, “President of the Republic Fuad Masum, the Prime Minister Haider al-Abadi and Parliament Speaker Salim al-Salam Palace in Baghdad, this evening,” noting that “During the meeting, they discussed the security situation and file reforms and ways to the strengthening of state-building and issues related to the completion of the legislation. “

The statement added, it “was hailed during the meeting with military operations led by the Iraqi army and security forces and members of the popular crowd and the Peshmerga and the sons of the tribes in Anbar and Peggy multiple areas of Iraq.”

The meeting, according to the statement, that “the economic and financial side is one of the priorities of the executive and legislative bodies that are being highlighted in the reforms file”, stressing that “the provision of essential services for the Iraqi people is located within the basic obligations that state institutions seeking to implement” .anthy /

Twilight News / announced the Directorate General of Electricity in the province of Kurdistan, for determining the national agenda of processing power to the citizens of the province during the month of September, noting that the processing will be around the clock, starting from mid-September.

A statement of the Directorate, seen by Twilight News, that a meeting was held in the office of the Ministry of Electricity in the Kurdistan Regional Government and included the three districts to control the electricity and the Directorate General for control of electricity during which determine the distribution of electric power for the month of September next table.

The statement added that the meeting decided to increase the electricity rate that prepare citizens in the region to twice during the month of September, adding that as of the first day of September to 15 it will be the installation of 21 to 22 hours a day, what would devise its own as of 15 from 24 hours any round time.

He said the meeting touched on the pricing per amps for civil generators during the first half and in which citizens will be equipped with three hours of electricity a day only, directed the provinces determine pricing as it deems.

The spokesman for the Electricity Minister Mohammed Fathi, Monday, on the completion of 3,000 megawatts of electric power in the coming days and increase the number of operating hours for citizens in Baghdad and the provinces after the receipt of sufficient amounts of fuel to run most of the power stations.

Fathi said L / scales News / “The ministry forwarded a number of projects of construction of power plants to invest to improve the level of production and access to higher levels for the processing of citizens and increase the number of operating hours in all the provinces as part of the ministry’s plan.”

He said a spokesman for the Minister of Electricity “After cooperation with the ministries of oil and finance ministry completed will alone 3,000 megawatts of electricity and equipped by residential neighborhoods in Baghdad and the provinces equitably allocate and that continued cooperation will further improve the level of production of electric energy, especially after the entry of investment companies to Iraq.”

The “Electricity Minister Qassim Fahdawi confirmed that supply Iran with fuel for Iraq will maintain the improvement that occurred in the recent processing power in all regions of the country recently.”

It is said that “The Ministry of Electricity has signed investment contracts with a company to build the production of electric power stations, noting that the problem of overtaking on the share Baghdad by the southern provinces have been resolved, which led to an improvement in the level of processing in the capital,” .anthy / 29 / d 24 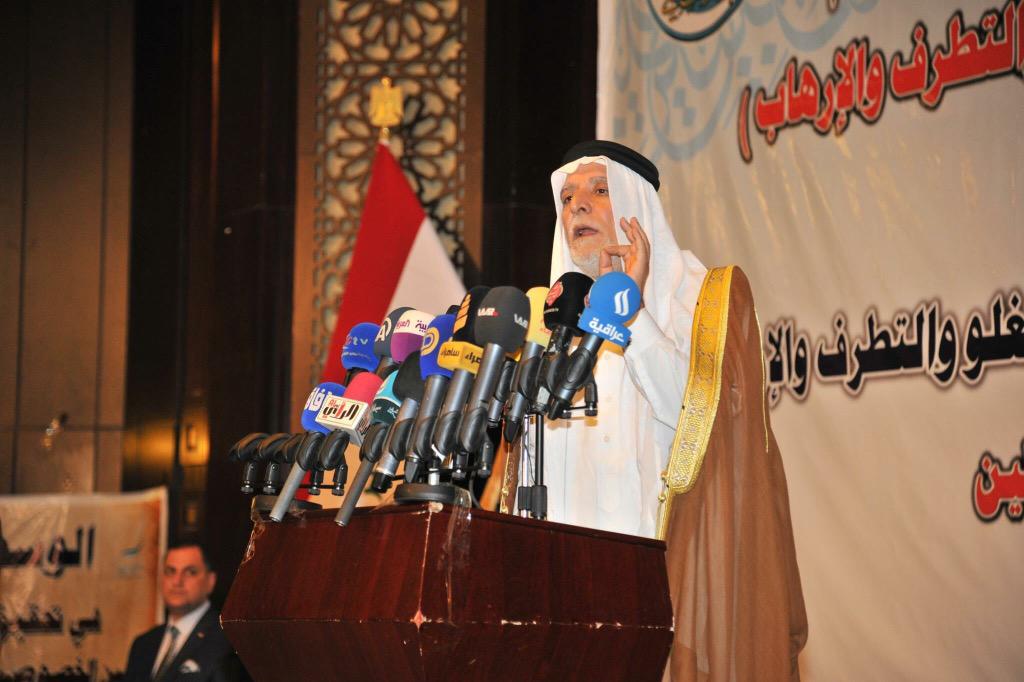 (Independent) ..cd meeting of the three presidents on the importance of the completion of key legislation such as laws of the National Guard and the Federal Court and national reconciliation, with the Prime Minister stressed the need to implement all the reforms in accordance with the Constitution and laws.
The Office of the President in a statement posted on its website, and I followed (independent) on Monday evening, said that “the heads of the Republic Fuad Masum and Minister Haider al-Abadi and the House of Representatives Saleem al-Jubouri held this evening, meeting at the Peace Palace in Baghdad,” noting that “During the meeting they discussed the situation security and file reforms and ways to strengthen state-building and issues related to the completion of the legislation. ”
The bureau said that “the meeting expressed their support for practical steps that meet the interests of the people in accomplishing what was voted on government and parliamentary reforms,” ​​adding that they “have praised the military operations led by the army and security forces and members of the crowd and the tribes and the Peshmerga in Anbar and Baiji and other areas.”
“The meeting stressed the importance of the completion of key legislation, including the National Guard and the Federal Court and national reconciliation laws”, pointing out that they “considered that the economic and financial side of the priorities of the executive and legislative bodies that are being highlighted in the reforms file.”
Office “The presidencies stressed the need to provide the necessary services for the Iraqi people and that fall within the basic obligations that state institutions seeking to implement.”
He said Abadi, according to the statement, “the importance of going to all the reforms are carried out in accordance with the Constitution and the law.”
The image shows the meeting that he may vacate the vice-presidents for the first time since the formation of the Government of Abadi.

Three presidencies will discuss three files, the first of General political file and includes the demands of the demonstrators and reforms, and the second file is the security and progress of the armed forces, while the third file includes the general situation, including economic.

BAGHDAD / Obelisk: I started three presidencies, on Monday, to hold a meeting to discuss the three files from the demands of the demonstrators and highlighted reforms and the progress of the armed forces.

He added that “the three presidencies will discuss three files, the first of General political file and includes the demands of the demonstrators and reforms, and the second file is the security and progress of the armed forces, while the third file includes the general situation, including economic.”

The spokesman for the Office of Prime Minister Saad al-Hadithi, on Monday, Prime Minister Haider al-Abadi in a continuous process of reforms, as revealed that the new Hzmth will include the promotion of the economic reality of the country.

The newborn’s / scales News / “The constant Abadi in his campaign reform, which affected all state institutions after the rampant corruption in all government departments and the increase in demonstrations demanding reform,” noting that “the coming period will witness the launch of new reforms by al-Abadi.”

The spokesman said Prime Minister’s Office said that “the new reforms to be provided by al-Abadi might be interested in the advancement of economic reality and the promotion of investment projects in the country in the largest as well as continue Baltrchiq bodies and institutions in the state in order to reduce costs.”

This “revealed a spokesman for Prime Minister Saad al-Hadithi office’s / scales News /, earlier, that the prime minister Haider al-Abadi has a fixed package of reforms but be launched in the form of sporadic payments and times distant to avoid towards them” .anthy 29/9 in political turmoil

Twilight News / began three presidencies, on Monday, to hold a meeting to discuss the three files from the demands of the demonstrators and highlighted reforms and the progress of the armed forces.

A source familiar with the Twilight News that the meeting held at the Peace Palace in Baghdad in the presence of President Fuad Masum, the Prime Minister Haider al-Abadi and Parliament Speaker Osama al-Jubouri.

The source did not further details.