{Baghdad: Euphrates News} stressed the Prime Minister Haider al-Abadi said the government is seeking to rehabilitate the industrial sector, and welcomes all investments, and encourages them.
Ebadi said during a meeting with Lebanese Industry Minister Hussein Hajj Hassan, according to a statement his office received by the agency {Euphrates News}, he welcomed the guest delegation, stressing the importance of joint cooperation and exchange of experiences between the two countries for the development of the industrial sector, and encouraging investments in Lebanon; to the presence of common denominators cultural, and historical , political, and economic between the two countries.
The statement added that during the meeting, they discussed strengthening bilateral relations in the industrial field between the two countries, and investment in Iraq, and to overcome the obstacles in front of Lebanese businessmen.
He showed Prime Minister Haider al-Abadi government’s readiness to provide all possible support for the success of Lebanese businessmen desire to work and invest in Iraq.
For his part, Minister of Industry of Lebanon and a desire of Lebanese businessmen to engage in industrial activity in Iraq, and to overcome the obstacles hindering the development of economic relations between the two countries. Ended h
http://alforatnews.com/modules/news/article.php?storyid=98941
Advertisement

{Baghdad: Euphrates News} The head of the Iraqi Islamic Supreme Council, Mr. Ammar al-Hakim to the adoption of effective solutions to overcome the financial crisis.
A statement by the presidency of the Iraqi Islamic Supreme Council on Saturday, that “al-Hakim met with Chairman of the parliamentary finance committee, Ahmad Chalabi in his office in Baghdad, and discussed with him the financial situation and priorities.”
Mr. Ammar al-Hakim stressed the importance of developing effective solutions; to overcome the financial crisis experienced by the Iraq due to the drop in oil prices worldwide, calling for concerted efforts between the government and the House of Representatives and institutions involved in economic and financial affairs; to overcome the crisis.
Among Mr. Ammar al-Hakim that “the priority is to defeat terrorism and to pay for Iraq, in addition to the staff and the salaries of retirees and popular crowd, and the salaries of social protection network “calling to” hear the views of experts in the economic field, and activating the role of the private sector, the industrial sector, and agricultural. ” Ended h
http://alforatnews.com/modules/news/article.php?storyid=98940

A militant group affiliated with the Islamic State in Iraq and Syria (ISIS) has claimed responsibility for downing a Russian passenger plane that crashed in Egypt on Saturday, according to Reuters.

The group circulated a statement on Twitter saying they shot down the plane.

“The fighters of the Islamic State were able to down a Russian plane over Sinai province that was carrying over 220 Russian crusaders,” the statement said. “They were all killed, thanks be to God.”

The statement was also posted on the Aamaq website, which acts as a semi-official news agency for ISIS.

Egyptian security suggested earlier Saturday that the crash was caused by a technical problem.

The plane was carrying 200 adult passengers, 17 children and seven crew. There were no survivors.

BAGHDAD / Sky Press:
Rafidain Bank announced on Saturday, for the rehabilitation and construction of a number of buildings of special branches in Baghdad and the provinces and the introduction of modern Internet systems for the purposes of electronic clearing.

The general director of the bank on behalf of Kamal al-Hassani, in a statement received “Sky Press,” “The bank was able to make achievements at all levels during this period the most important of the creation of new buildings to its branches as well as to initiate a plan to create 20 another building during the next year.”

“The rehabilitation of 23 buildings during the current year and provide them with various systems and advanced computer equipment and other supplies on the work of the bank.”

The Rafidain Bank is one of the largest State-owned banks in Iraq and has several branches in a number of countries.

It attributed the parliamentary Finance Committee, on Saturday, the late arrival of the financial budget for 2016 to Parliament to request the government sent after the completion of the Ministry of Finance meeting with the World Bank to cover the deficit.

He said the parliamentary finance committee member Abdul Qader Mohammed’s / scales News /, “The 2016 budget was scheduled to be up to the House of Representatives on the tenth of this month, but the delay came after the Council of Ministers requested it,” noting that “the Council of Ministers requested the postponement Send budget to make some adjustments after the completion of the meeting, which will take place in Jordan with the World Bank. ”

Mohammed said that “the Ministry of Finance and the World Bank will meet in Amman to discuss the possibility of borrowing from the bank to meet the 2016 budget deficit,” revealing at the same time that “the meeting will begin on the first tomorrow from November and lasts until the tenth of the same month.”

It is said that “the parliamentary finance committee member Abdul Qader Mohammed revealed to / scales News /, on Thursday, the existence of meetings between the Iraqi government and the World Bank will be held early next month in Jordan in order to obtain” .anthy 29 / H 33 financial loans

Detecting a leading figure in the popular crowd Chaldean Ryan, on Saturday, as large numbers of elements of the terrorist organization Daash foreign nationality were arrested in the northern Salahuddin clearing operations, as he emphasized that the popular crowd will go for the Liberation of Mosul very soon.

The Chaldean L / scales News /, said that “a lot of elements of al Daash terrorist of foreign and Arab nationality caught in the grip of the heroes of the popular crowd during the northern Salahuddin clearing operations due to lack of knowledge of the geography of those areas,” noting that “section Last killed after surrounding them by joint forces and the popular crowd and the support of the people of tribal factions. ”

He said a leading figure in the popular crowd, “The factions of the popular crowd will go very soon for the Liberation of Mosul control Daash terrorist organization”, warning at the same time “the people who have supported some areas Daash in Sharqat popular because the crowd will be available soon in their areas.”

Referred to as the “Commission on Security and Defense parliamentary member Abdul Aziz Mohammed confirmed L / scales News /, earlier, that taking place in the northern Salahuddin In Anbar province, the operations part of the overall plan for the Liberation of the city of Mosul from the control of the organization Daash terrorist, while detecting began Coordination between the joint forces and the Peshmerga forces on the battle to liberate Almousel.anthy 29/28

House of Representatives voted on Saturday to an international agreement between Iraq and Azerbaijan about the members of the diplomatic passport holders. According to a parliamentary source said “Parliament voted on the draft ratification by members of the diplomatic and special passport holders agreement and the service of feature access between the Government of the Republic of Iraq and the Government of the Republic of Azar Bijan law
https://translate.googleusercontent.com/translate_c?depth=3&hl=en&prev=search&rurl=translate.google.com&sl=ar&u=http://www.faceiraq.com/inews.php%3Fid%3D4319677&usg=ALkJrhgI_OfNbju-F75yB_cZ9326EHW32Q House of Representatives to raise its regular third session, which was held today under the chairmanship of Saleem al-Jubouri, and the presence of two hundred and fifteen deputies, submitted to next Monday

The parliamentary source has confirmed to channel the Tigris, that the agenda of the meeting, which included discussion of new salary scale, in addition to discuss the issue of the integration of the Ministry of Tourism and Antiquities with the Ministry of Culture, and discuss the issue of entitlements peasants Exchange,
House Speaker Saleem al-Jubouri, was announced during the meeting that the Council did not receive until the moment the year two thousand and sixteen next budget, was also postpone the second reading of a bill defining the mandates of the three presidencies. 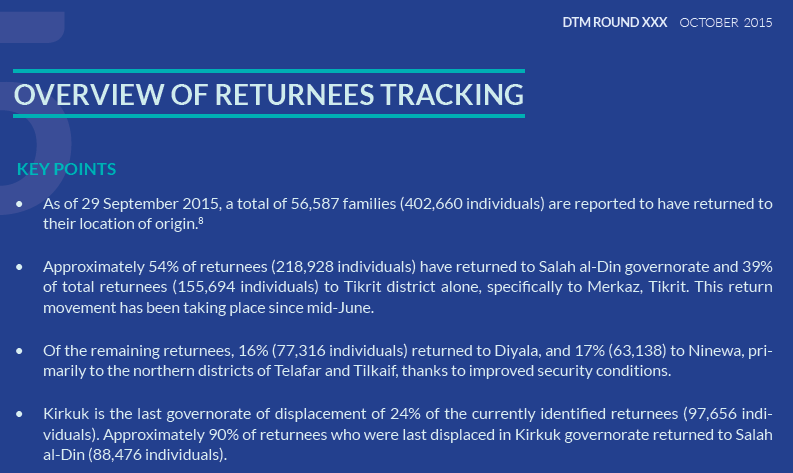