“The alliance of Suron, backed by the leader of the Sadrist movement Moqtada al – Sadr, on Wednesday, the existence of an agreement with the new Prime Minister Adel Abdul – Mahdi on independent bodies. 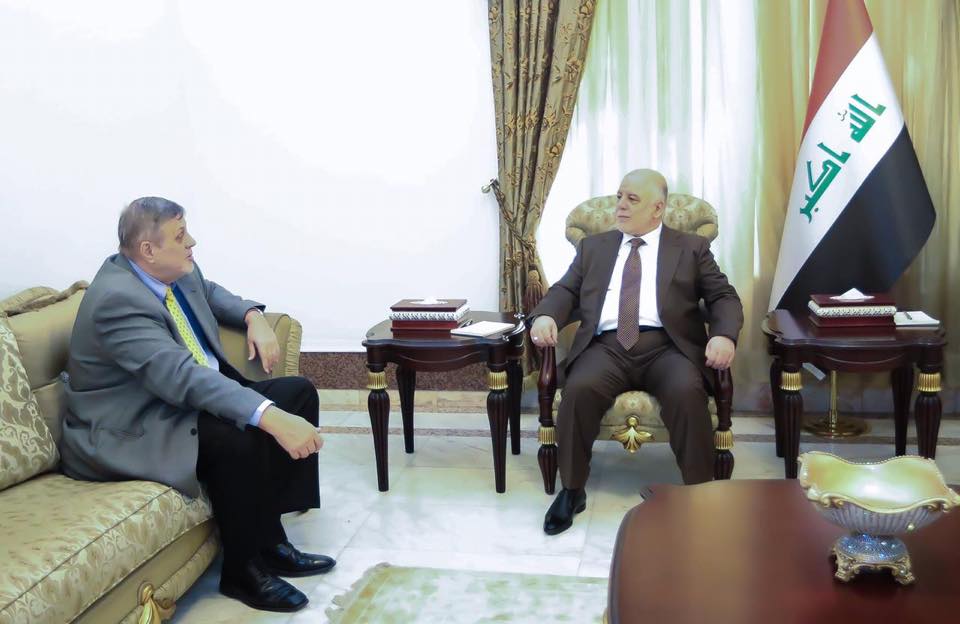 The leader of the victory coalition, Haider al-Abadi, received the head of the UN mission in Iraq Jan Kubic.
“Kubic praised the leadership of Abbadi during the last stage and the achievements achieved during the tenure of the government and the liberation of Iraq and the peaceful transfer of power,” a statement from the office of Abadi said.
“The meeting discussed the future role of the United Nations in Iraq, the continuation of its programs and the role of the international community in the reconstruction of Iraq,” he added. Finished 29 / d

The leader of the National Coalition, Iyad Allawi, called on Wednesday the United Nations and the League of Arab States to support the Prime Minister, Adel Abdul Mahdi, in his complex task.

“The leader of the National Coalition, Iyad Allawi, received in his office today, the Special Representative of the Secretary-General of the United Nations in Iraq, Jan Kubic.”

He added that “during the meeting, they discussed the overall developments on the Iraqi arena in addition to the regional situation and its repercussions and effects on Iraq.”

Allawi said that “the government faces serious challenges of upgrading the level of services and the return of the displaced and the reconstruction of their cities and address firmly to corruption and spoilers and fight sectarianism and extremism in all its forms and promote the course of the political process.”

He expressed his hope that the ministerial cabin would be completed on the basis of efficiency, integrity and professionalism in order to enable it to perform its duties in the most complete and optimal way. He called on the United Nations and the League of Arab States to provide all forms of support to Prime Minister Adel Abdul Mahdi in his difficult and complex mission.

Majid al-Tamimi, MP, said on Wednesday that the budget of 2019 has not been officially transferred to the committees because of the formation of the Finance Committee, considering the analysis of the budget is unprofessional.

Al-Tamimi told Al-Ghad Press that “the budget of 2019 has reached the Council but has not been officially transformed because the committees have not yet been formed. All the comments received from some MPs without being officially informed of the budget are considered unprofessional.”

“The budget is changing in minutes and it is not permissible to comment on the budget without receiving it officially,” she said.

Tamimi pointed out that “many commentators are interfering in the issue of the budget and they basically have no knowledge of the budget.”

The head of the Kurdistan Democratic Party, Vian Sabri, on Monday, the observations recorded after the arrival of the budget in 2019 to parliament, indicating that the most important record is the share of the province and the neglect of Halabja as a province.

Minister of Trade Mohammed Hashim said during a meeting with US Ambassador Douglas Silliman on Wednesday that the economic relations between Baghdad and Washington will witness a tangible development.

“The economic relations between Iraq and the United States of America are witnessing significant progress in light of the desire of the two countries to increase the volume of economic cooperation and trade exchange,” Hashim said in a statement received by Al-Ghad Press.

He added during a meeting with US Ambassador to Baghdad Douglas Silliman that “the ministry aspires to joint cooperation and participation of US companies in the processing of food items within the ration card items with emphasis on quality, quality and quality control in the process of examination of materials and conformity with international standards and Iraqi.

He stressed that “the new Iraqi government is open to the world in light of the need for a strong economy dealing with the economies of other countries and at the same time meet the need of the Iraqi people, especially in the areas of investment and the provision of basic needs and the establishment of real partnerships in the reconstruction and investment and rehabilitation of infrastructure.”

For his part, stressed the US ambassador in Baghdad, “the importance of opening a new page of economic and trade cooperation between Iraq and the United States through the contribution of US companies in the processing of Iraq food items distributed by the Ministry of Commerce to the Iraqi people within the ration card.”

He pointed out “the importance of working on the memorandum of understanding signed between the two countries and activate the provisions of the joint agreement between the two governments in order to continue the US companies processing of wheat and rice within the contracts carried out by the Ministry of Commerce.”

He pointed out that “the American Chamber of Commerce to send a large group of businessmen and US companies to discuss with the Iraqi side and their Iraqi counterparts in the possibility of entering into investment projects to contribute to the construction and development of infrastructure in Iraq and the establishment of companies with the Iraqi private sector as well as the possibility of training and qualification of staff in the areas of examination Laboratory tests and the use of modern laboratory screening methods. “

The International Finance Corporation (IFC), the World Bank, announced Wednesday that it will organize a corporate governance conference on November 8, 2018.

“The conference will focus on governance, institutions and banks, and will be based on the grand hall of Al-Rasheed Hotel,” an official source told Al-Iqtisad News. “On the sidelines of the conference, an office of the Iraqi Institute of Directors will be opened in Baghdad.”

“The governance program aims to set a time limit for chairmen and board members and replace them with a known period, in accordance with the principle of separating the administration from the ownership that governance aims at.”

The delegation of the International Finance Corporation / World Bank, which is currently visiting Iraq, has met with the Association of Iraqi Private Banks and a number of related economic organizations. The meeting dealt with the subject of governance of institutions and banks, which will be presented in detail during the opening ceremony. 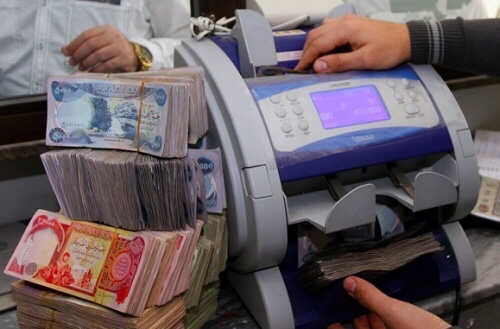 {Baghdad: Al-Furat News} Rafidain Bank, announced the adoption of a new electronic mechanism to address the problem of retirees of electronic card holders who do not appear fingerprints during the receipt of their salaries.

The bank’s information office said in a statement received by the agency {Euphrates News} a copy of it, that “there are some retirees receive their salaries manually by the hand of the segment, which receives the salaries through electronic cards and was unable to receive their salaries recently because of the lack of fingerprint they can issue modern cards that depend on the fingerprint Eye and PIN code as well as fingerprint service “.

He pointed out that “the procedure comes to serve this segment and provide the best services to customers.” 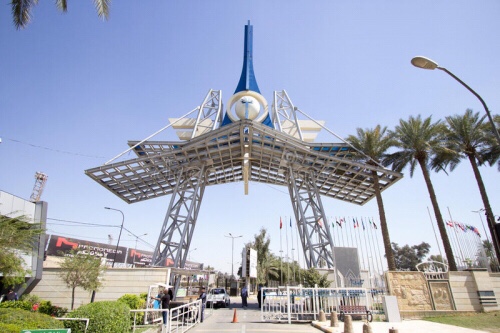 (Baghdad: Al-Furat News) The Ministry of Commerce announced that the session (45) of the Baghdad International Fair will be launched for the period from 10 to 19 November.

A statement issued by the ministry said that the course will be “under the slogan of” determination to build and build as liberation and victory “and enjoys the participation of active and large from the countries of the world, especially the European in addition to the participation of many companies specialized and quality.

The statement added that “there is a great desire of countries and companies to participate in the international session and enter the Iraqi market to contribute to the age of infrastructure and structures destroyed by the military operations that saw the liberation of Iraqi territory from terrorist gangs.”

He pointed out that “the 45th session of the Baghdad International Fair will be different from the previous sessions through the new equipment and equipment and programs that will be launched during the international session, which will be a surprise to the visiting audience.”

He pointed out that “the current session of the Baghdad exhibition will not only be for the companies and the promotion, but will be a cultural cycle with excellence through which we seek to achieve progress for our dear country and start real development of all sectors of the state and its joints of infrastructure and buildings and cities to build self and build the new Iraqi man.”

The statement pointed out that “the General Company for Iraqi Exhibitions will provide all facilities for participants in the international session through the provision of all the requirements and the preparation of the auditoriums and halls and everything related to the organization of a special international session in the sense of word.”

The Ministry of Commerce called on “all official and non-official bodies of the media, news agencies, newspapers and satellite channels to contribute effectively to the success of the Baghdad International Exhibition by conveying the truth to all countries of the world that Iraq has become safe and safe and strives to promote its economic reality and openness to all countries and companies at all levels. Commercial and economic, in addition to inviting all government agencies and citizens, whether they are traders or academics to participate and contribute to the Baghdad International Exhibition (45), which will be launched for the period from the tenth to the nineteenth of next month. ”