By Rudaw 5 hours ago

BAGHDAD, Iraq – Iraq’s foreign minister has asked the United States to develop a financial plan for the reconstruction of the country after ISIS, similar to a program developed for Western Europe after the Second World War.
In discussions with US Special Presidential Envoy to the coalition Brett McGurk, Ibrahim al-Jaafari stressed the need for “collective support from the international community to contribute to the reconstruction of infrastructure after the defeat of terrorism,” read a statement from the foreign minister’s office published after their meeting.
Jaafari suggested “the adoption of a project similar to the Marshall Plan which contributed to rebuilding Germany after the Second World War. He emphasized activating the strategic framework signed between Baghdad and Washington,” the statement detailed.
The Marshall Plan, passed by Congress in 1948, saw the United States commit funds that eventually totaled over $12 billion (roughly $123 billion today) for the rebuilding of Western Europe ravaged by war.
The plan was adopted out of fear of Communist expansion amid economic hardship in the post-war years.
As a result of the Marshall Plan, Western European industrialization had a rebirth, bringing renewed investment into the region and, at the same time, stimulating the US economy as it created a market for American goods, according to the US Department of State.
Iraq will need billions of dollars to rebuild after ISIS. Large portions of major cities were destroyed in the war, infrastructure was neglected under ISIS, villages are riddled with mines and booby-traps. The deputy governor of Anbar estimated that his province would need $22 billion alone for reconstruction, according the International Peace Institute’s Global Observatory.
McGurk visited Baghdad to discuss security and political developments in the country and the war against ISIS.
He met with Prime Minister Haider al-Abadi on Friday and “pledged ongoing coalition support for Iraqi forces in fight against ISIS and stabilization after ISIS,” he stated on Twitter.

A member of the Islamic State was found dead from an apparent smothering in western Mosul, putting the extremist organization in high alert, according to local reports.

The group put curfews in place in three residential areas in Tal Afar after the man was found dead, and ten people were arrested and sent to an unknown location as they searched for the alleged assassin, who’s been dubbed the ‘Mosul strangler’.

The Jihadi’s death comes just a day after a civilian stabbed a jihadi after refusing to pay a false tax, witnesses say.

The Islamic State put curfews in place in three residential areas in Tal Afar after the man was found dead, and ten people were arrested as they searched for the person who smothered one of their members to death (file photo)

A witness of the incident told The Express that the civilian refused to pay the caliphate support tax, which ‘was imposed by the Islamic State group on shops’ owners in Tal Afar market, west of Mosul’.

After the man stabbed the member of the Islamic State, the group shot the civilian, the witness said.

Some 30,000 people have returned to Mosul since Iraqi forces launched a massive operation in October to retake the country’s second largest city from the Islamic State group, the UN said on Tuesday.

The number of returnees has increased since Iraqi forces drove the militants from the eastern half of the city last month, according to UN. Office for the Coordination of Humanitarian Aid. IS still holds western Mosul, home to an estimated 750,000 people.

At times, the crowds have overwhelmed checkpoints outside the city, where security forces are screening those who want to return.

Meanwhile, the Islamic State has lost at least 3,300 members since the recapture of eastern Mosul, Iraqi military officials told IraqiNews.com.

He said that the leader was left isolated after several of his commanders were killed.

‘ISIL is militarily on the defensive in several regions, notably in Afghanistan, Iraq, Libya and the Syrian Arab Republic,’ United Nations Secretary-General Antonio Guterres said in a report on Tuesday.

The Islamic State has struggled with finances since the Iraqi forces launched its operation to retake Mosul last year.

An Iraqi soldier said that the military was leaving rotting Jihadi corpses to be ‘eaten by dogs’.

The corpses are left on view as a psychological weapon to deter ISIS sleeper cells, which Iraqi officials say are highly effective and distributed across the country.

ISIS executed thousands of Iraqi soldiers and policemen in cold blood and their comrades are eager for revenge.

Soldier Asaad Hussein said: ‘We leave them in the street like that so the dogs eat them. We also want the citizens to know there is a price for supporting terrorists.’

IMPORTANT: Map of the situation in northern #Iraq: •Tal ‘Afar is completely surrounded. •Mosul is nearly liberated. •Next target is Ba’aj. 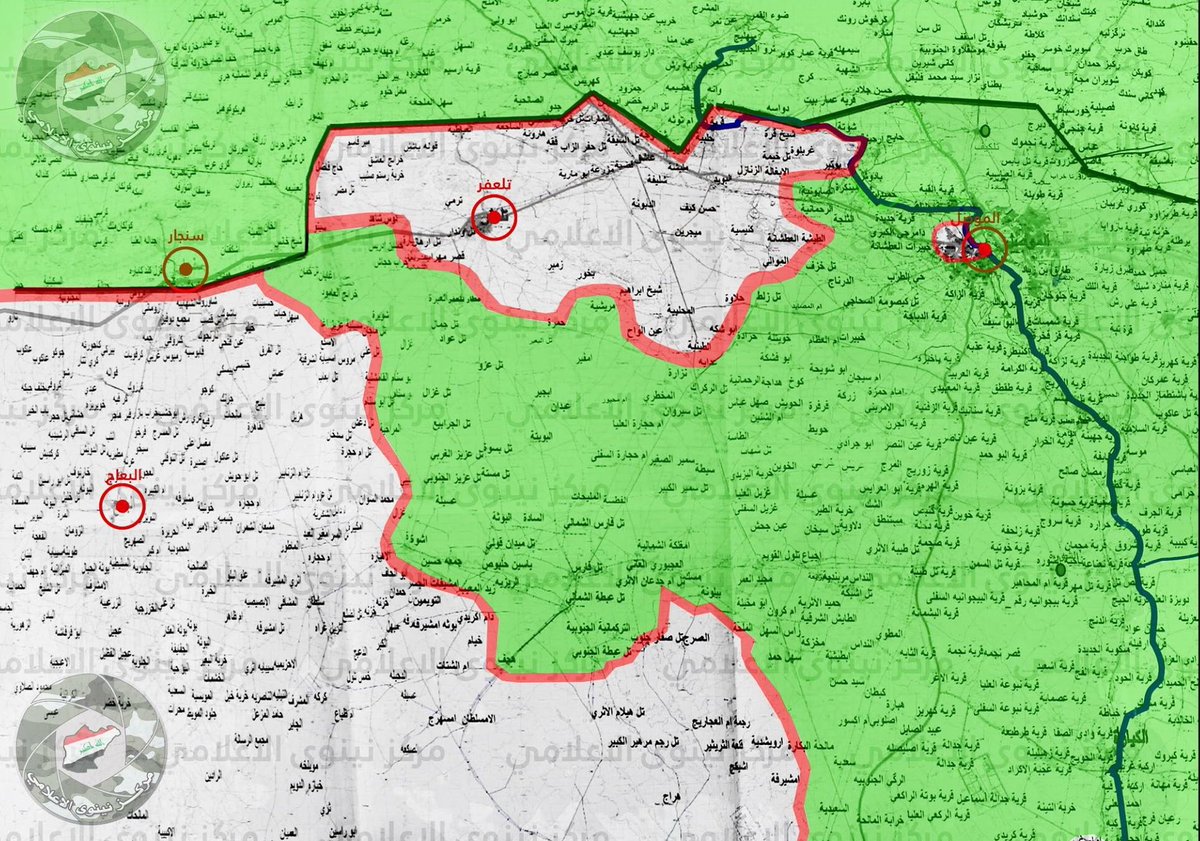 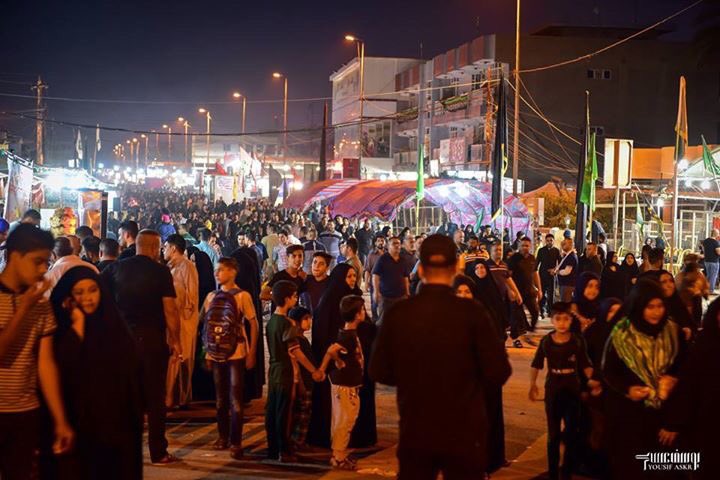 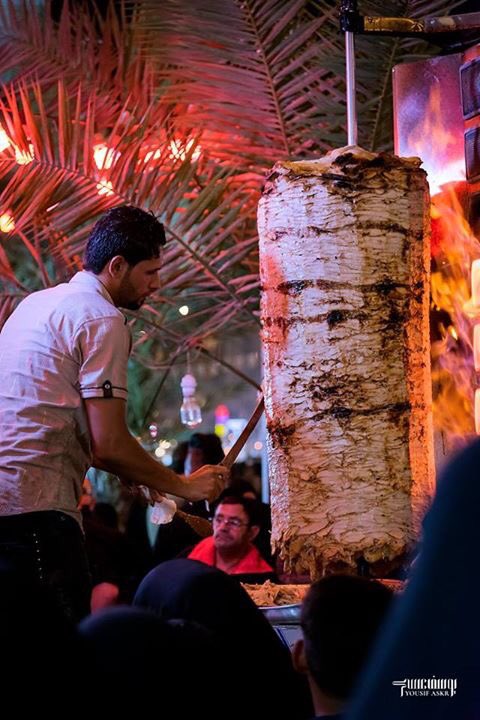 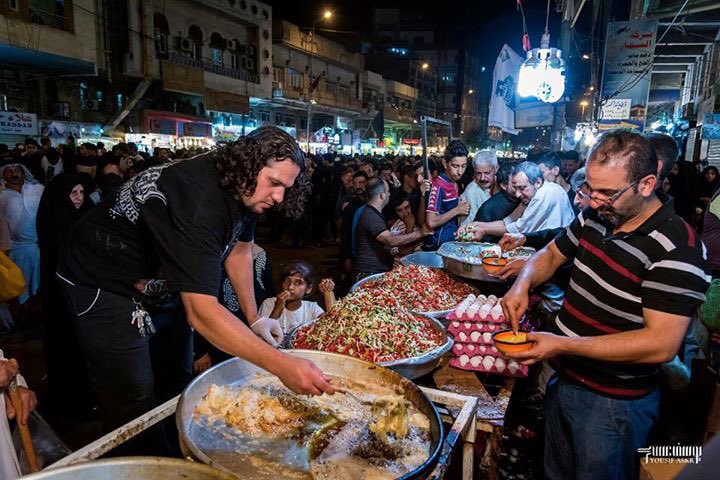 French President Francois Hollande issued a decree to imitate Chief Talib Shagati in honor of his efforts in combating terrorism and his role in developing bilateral relations between Iraq and France.

A document obtained by the Journal News said: “To the office of Prime Minister Dr. Haider al-Abadi, please approve the Iraqi authorities concerned to present this medal of honor to the head of the counter-terrorism apparatus.”

“We are saying that Iraq and the people of Iraq before others presented a medal of honor to the Iraqi fighters who protected the people and the land and offer Iraq from the defilement of infidels and at the head of these fighters is the first team, Dr. Talib Shagati.”

{Baghdad: Euphrates News} since last Tuesday and progressively topped scenes and images crawl two million visitors to the holy Kadhimiya social networking pages.
Wast pages {Facebook} human torrents and is flowing toward the door ofcataclysmic events, Imam Musa bin Jafar al – Kazim, peace be upon him, comforting in memory of the immortal testimony, and written down the words that sing Bashq Mohammadi eternal.
Almost do not see page only and where an image or a scene from the million – man visit for lovers of the monk Muhammad , whether individually or for groups or processions of service deployed on various roads leading to the shrine Sharif.
http://alforatnews.com/modules/news/article.php?storyid=141704

#ISIS are trying to breach the security rings that #Iraqi security enforced for the religious event in #Baghdad millions are attending. 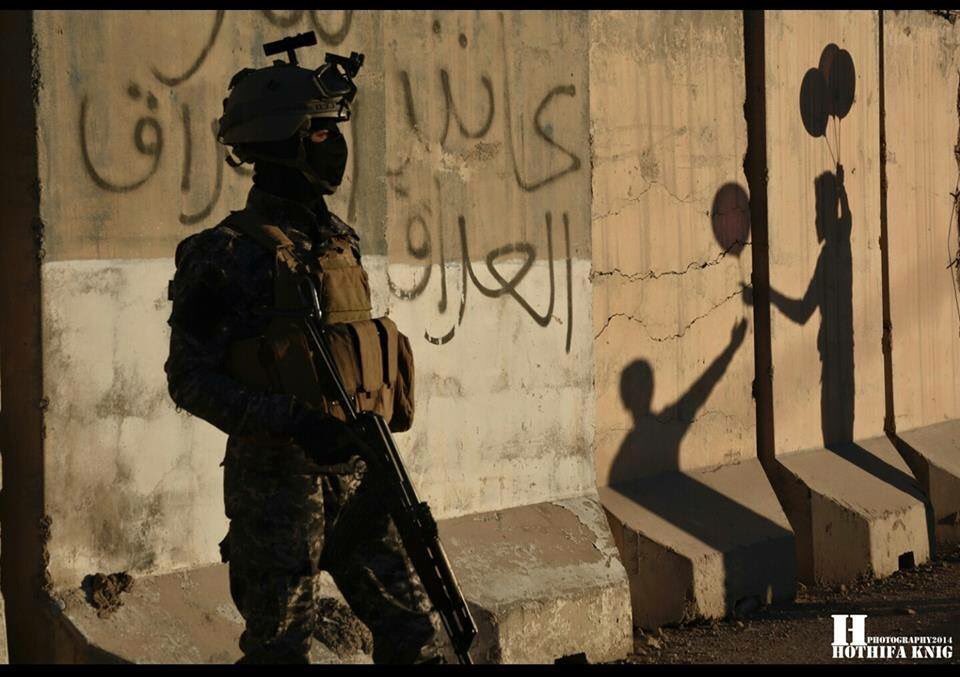 Iraqi Day  🇮🇶 @iraqi_day
The past 36 hours in #Baghdad has been a fierce fight between #Iraqi forces (intelligence) & #ISIS, 2 suicide bomber killed & 2 arrested.

Baghdad / Al-Ghad Press:
Prime Minister Haidar al-Abadi on Saturday expressed his condolences on the martyrdom of Imam Kadhim.
“I offer condolences and condolences to the Iraqi people, the Islamic nation and religious references on the anniversary of the martyrdom of Imam Musa bin Jaafar, peace be upon him,” a statement from the office of al-Abbadi was quoted by Al-Ghad Press as saying.
He added that “this occasion passes on us and we are most in need to draw lessons and lessons from the pure stature of the pure approach and rejection of injustice and the establishment of freedom.”
He continued: “I hope that we will take from those maneuvers a path of unity of the row and the word, especially as we are engaged in a fierce war against the gangs and called the terrorist and very close to the final victory on it,” praising “the role of security forces and other service joints in providing protection for visitors coming from the provinces, “He said.

The army liberated another district in west Mosul

MOSUL — The al-Sihha al-Thaniya district, located in western Mosul, has been recaptured from Islamic State (IS) militants.

“The forces raised the Iraqi flag on its buildings after losses in lives and property were inflicted on the enemy,” Yarallah added.

Earlier this week, al-Thawra and al-Nasr districts were recaptured by the Iraqi forces operating on the ground.

The operation to liberate Mosul began in October of the previous year. Eastern half of Mosul was declared liberated at the end of January this year. The operation continued into the western half in February.