 Baghdad / Zahraa al-Jassim
Perhaps most of the steps of the Central Bank of Iraq are subject to the political and legal environment of the country, especially with regard to the deletion of the zeros, which were considered specialists in the earlier direction of a sensitive and dangerous, but remains the central institution most important in terms of the need to control financial management in light of the financial crisis suffocating The Iraqi economy, which must be able to address the problems, whether related to the citizen or the work of the Central Bank itself.

Questions concerning the important files put forward by the (range) in this meeting on the director of the Department of Issuance and Treasury at the Central Bank Abdul-Abbas Khalaf, and with being answered in a brief manner, he pointed to the most important points that showed the size of the currency is not valid for circulation deposited with the Central has exceeded one billion and a quarter million dinars Which is not a small amount if it is compensated from the banknotes stored in the bank as some believe, and at a time between the size of the printed currency exceeded the “11 billion and 600 million dinars, urged citizens not to keep large amounts of homes or buried in the ground , The fact that the process of replacement in the case of knowledge “The rate of counterfeit currency is still within the internationally accepted limits, with the central bank trying to launch an information campaign to educate the public on how to distinguish between the original and counterfeit currency,” Khalaf said. Asked about the possibility of higher issues (50000) ) Dinar?

– There is no intention at the present time to issue a class higher than the class (50000) dinars.

* What about the subject of deleting zeros and why the delay?

– The decision on the deletion of zeros can not be taken in isolation from the political and legal environment existing in the country under the security conditions prevailing as a result of terrorist acts and the exit of a number of provinces outside the control of the State for the years 2014, 2015, 2016, which certainly leads to delay in the implementation of this project in addition to This should be done in coordination with all State departments and the private sector. It should be followed by changing the clauses in the various laws which include a reference to the payment of fees or fines in lump sums, and changing the financial and statistical records in order to comply with the zeros deletion project. On the other hand, technical preparations are underway.

First, there is no substitute for a damaged one annually. Instead, the bank seeks to issue new securities with advanced security specifications. Therefore, the cost is reduced in this way. The cost of issuing new banknotes with better specifications is used to replace the damaged currency from previous editions .

* How much is the finder’s counterfeit currency?

– The Central Bank of Iraq resorted to the use of sophisticated counting and sorting machines that can detect the counterfeit currency, in addition to directing banks using modern techniques in the examination of the currency, but the problem is that the shopkeepers did not make sufficient efforts to use machines to examine the currency, To inform the public about how to distinguish between the original currency and counterfeit currency by issuing a brochure and posters for this purpose and will be distributed to banks and major shopping centers. In any event, the percentage of counterfeit currencies remains within internationally accepted limits. T ratio (0.000025) (Twenty-five million paper sheet).

* What currency damaged by fire or poor storage of citizens compensation mechanisms?

– While we hope that citizens do not keep large amounts of houses or bury them in the ground, and instead put them in banks, as the process of replacing the burned or damaged currency cost the central bank financial burdens and administrative cost is not justified, however The bank receives citizens whose savings are exposed in the Iraqi currency for fire accidents provided that they are documented by the Civil Defense Department and that their source is legitimate. As for the (buried) currency, the sources of these funds are limited. Entebbe The Iraqi currency and that this bank does not receive any commission for its replacement.

What are the future central bank plans for the currency and printing?

– The Central Bank of Iraq seeks to keep abreast of the development in the printing of currency and modern technologies, both in the printing currency or in counting devices and sorting the currency where it is constantly adding new security specifications in addition to the acquisition of sophisticated machines to count and sort the currency, and was permanently dispensed with the process of manual counting and sorting.

The head of operations of the Tigris, Lieutenant General Mizher al-Azzawi, on Saturday, the loss of the organization “Daqash” the most important leaders of qualitative quantities carried out by the security forces yesterday east of Baquba, while confirmed that the events of June 2014 will not return to Diyala.

“The security situation in the Diyala region is very stable and there is no danger,” he said. “The recent attacks on some points in Saadia, Mansuriya or the ferry were unsuccessful and were immediately crushed.”

“Al-Azzawi pointed out that” the organization of Dahedh lost its most important leaders near the village of Al-Dweil in the vicinity of Mansouriya, (45 km east of Baquba) qualitative quantity on Friday, “pointing out that” Da’ash collapsed and is not able to launch large attacks, but limited because of military plans to lead operations Tigris “.

The commander of operations of the Tigris Mezher al-Azzawi announced, on Friday (April 7, 2017), foiled an attack on a security point in the village of Dweilis and killed two militants, “Daash.”

ERBIL, Kurdistan Region — As many as 200 ISIS fighters have defected from battlefields, many of whom the group heavily relied on as it has lost large segments of territory in the western side of Mosul, will face judges, according to Iraqi officials.
“A large number of ISIS militants have surrendered to the security forces and it is ongoing,” said Najim al-Jabouri, the commander of the Nineveh Operations Command, adding that “Upon the request of the surrendering militants, the general commander of the armed forces has guaranteed the militants that they will be tried just and their lives will be protected until the court has issued their verdicts per their crimes.”

Following a string of military setbacks among ISIS militants and the loss of territories in Iraq and Syria, desertion has increased among the radicals and according to Iraqi defense ministry reports as many as 200 militants have fled.

The total number of ISIS fighters who have surrendered is not easily quantified because some defectors surrender to various security entities including to Kurdish forces.

“I have not got an exact data, because some of them have surrendered to the Peshmerga in Makhmour and some others to the Federal Police and 9th Division of the Iraqi army,” Jabouri said.

Militants who withdraw from the battles will not end up executed by Iraqi forces, Jabouri said, adding that they are seen as Iraqis.
Hassan Adlibi, ISIS preacher said during his Friday sermon in the Syrian city of Deir Ezzor that “The head of those militants who defect war and apostate religion will be separated from their bodies if they are caught fleeing.”
Iraqi officials see defection as positive, but caution that this doesn’t mean the end of ISIS.

“The trend continues among ISIS militants and that is a positive sign. But, we do not have to consider it the dismantling of ISIS,” Abdulraza Talibi of the Iraqi defense ministry said in a press conference.

Iraqi forces launched the offensive to oust ISIS from the western half of the city on February 19. Prime Minister Haider al-Abadi declared the eastern half of Mosul liberated on January 24. 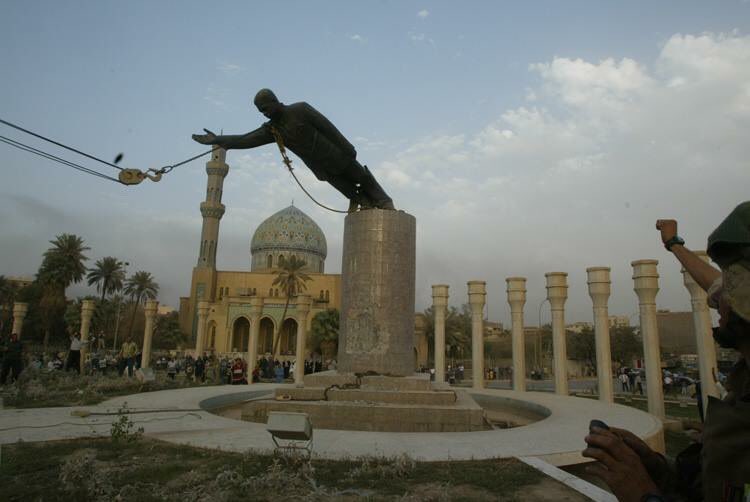 President Trump on Saturday delivered his justification to Congress for ordering a missile strike on Syria this week, saying in a letter to congressional leaders that the U.S. was prepared to take further military action if necessary.

“I acted in the vital national security and foreign policy interests of the United States, pursuant to my constitutional authority to conduct foreign relations and as Commander in Chief and Chief Executive,” Trump wrote.

“The United States will take additional action, as necessary and appropriate, to further its important national interests,” Trump wrote.

Under the War Powers Resolution, the president is required to submit an explanation for the use of force within 48 hours after military action is taken. The deadline for Trump to do so would be Saturday night.

Trump’s letter echoed his comments delivered roughly an hour after the strikes on Thursday night, when he characterized the strikes as in the “vital national security interest” of the U.S.

“It is in this vital national security interest of the United States to prevent and deter the spread and use of deadly chemical weapons,” Trump said at his Mar-a-Lago resort in Florida, where he was hosting Chinese President Xi Jinping.

According to the Council, in a statement / balance News /, received a copy of it that “the province of Babylon, disrupted the official working day on Sunday April 9,” noting that “disabled always came on the occasion of the anniversary of the martyrdom of Muhammad Baqir al-Sadr, and his sister martyr girl Huda,”

He added that “Sunday also marks the anniversary of the fall of the tyrant Saddam Hussein era,” pointing out that “this holiday include all departments except the province of service, security and banking circles.”

This and announced a number of provinces, today, disable the official working on Sunday to mark the anniversary of the fall of the regime Albaid.anthy 29 / s 5 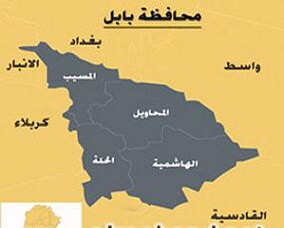 Anzmt provinces of Babil and Karbala provinces of Maysan, Kirkuk and the Kurdistan region to disrupt the official working for institutions on Sunday, while the province of Dhi Qar confirmed that tomorrow an official time.

Babil province announced on Saturday, disable the official working institutions except for the security and health on the occasion of the anniversary of the fall of the former regime, to organize to the provinces of Karbala, Missan and Kirkuk and the Kurdistan region.

For its part denied the General Secretariat of the Council of Ministers cited some social networking sites about the declaration on Sunday, the ninth of April, an official holiday in the country.