Twilight News / announced the Iraqi Military Intelligence Directorate for thekilling of four Russian nationality leaders organized Daesh bombing Julie Front Mosul.
According to a statement of the Directorate of Twilight News he reported, that according to their information the international coalition aircraft destroyed several sites Doaash and kill a number of its leaders , including the terrorist named Abu Maryam Iron military official for the region Mushayrifa.
He added that he was killed four leaders of the Russian air strike in the health district of the right side of Mosul. 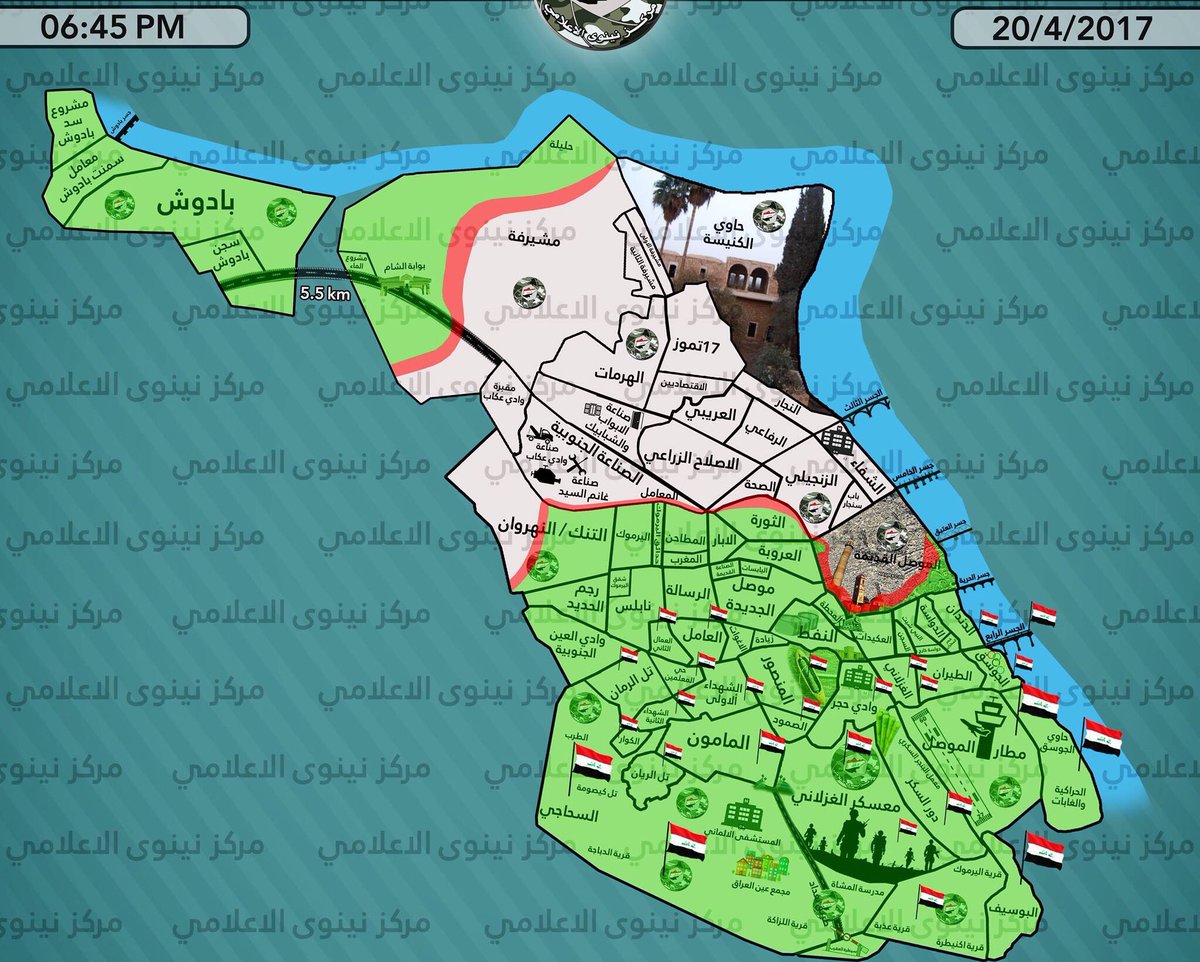 “At the order of the Commander of the Armed Forces we have prepared the assault in coordination with the Peshmerga troops. We have all the preparations needed for this operation,” said Colonel Zaki Muhammad, the local commander of Shiite militia Hashd al-Shaabi.

According to Muhammad there will be 5 Shiite brigades joining the operation supported by government airstrikes and Peshmerga ground troops.

With just over 400,000 inhabitants, predominantly Sunni Arabs, Hawija and its surrounding localities have been at the center of multiple insurgencies since 2004.

The attack to retake the city, captured by ISIS in June 2014, has been repeatedly postponed to avoid triggering sectarian tensions in Sunni lands.

When the Iraqi army withdrew from the area in 2014, tribal fighters affiliated with ISIS took charge of the city.

Kurdish police forces are wary that the insurgency will likely continue in Hawija due to the long-going ethnic tensions in the area with a distrustful Sunni population which has in the past accused Iraq’s Shiite-led government of arbitrary detentions and discrimination.

“ISIS has been there for more than two years and even before that al-Qaeda was operating in this area, so we don’t think the insurgency is something that will end immediately after liberating the city,” said Kirkuk Police Chief Sarhad Qadir.

Iraqi forces have pushed back the militants in several areas near Hawija, which is regarded a strategic city at the crossroads between Kirkuk and Nineveh province.

Hawija’s northern borders and its four city gates have been sieged by Peshmerga forces since August last year.

Kurdish security officials have said the liberation of Hawija is crucial for the security of Kirkuk city which suffered from several deadly bombings over the past year claimed by ISIS militants.

Kurdish sources say that Peshmerga forces are able to drive out the militants from the city in collaboration with the Iraqi army and coalition air support.

“Our troops will manage to enter the city from the northern gates and are basically waiting for orders from the Kurdistan Region,” said Peshmerga Major General Hama Regir.

BEIRUT, LEBANON (10:45 P.M.) – The U.S. military has moved its headquarters from central Iraq to the Al-Anbar Governorate in the western part of the country, Iraqi activists reported on Wednesday.

According to reports, the U.S. Special Forces has moved from the Balad Airbase in the Salaheddine Governorate to the Al-Assad Airbase in western Iraq.

Iraqi analyst, Haider Sumeiri, believes this latest move by the United States shows a “strong indication” that the battle for western Al-Anbar is coming.

Sumeiri is referring to Al-Qa’im in western Al-Anbar; this is the last border-town under the Islamic State’s (ISIL) control near Syria’s Deir Ezzor Governorate.

anti – terrorism forces liberated, on the right side of the city link completely from the terrorists Daesh.

According to a statement of the cell media war received by all of Iraq [where] a copy of it, that “the pieces of anti-terrorism liberated neighborhood revolution in the right coast of the city of Mosul and raised the Iraqi flag over the buildings after the enemy to inflict loss of life and equipment.”

Twilight News / likely Middle East coordinator of the International Committee for Human Rights and the Secretary General of the European department of security and information Haitham Abu Said on Thursday that US forces have managed to capture the leader of al Daesh “Abu Bakr al-Baghdadi” lowered the air in one of the Syrian desert areas after the withdrawal from Tal Afar city to the west of the Iraqi city of Mosul.

Said Abu Said in a statement today that he was “besieged (Baghdadi) with a large group of fighters in the vicinity of Tal Afar during their escape from the” popular crowd “in Iraq through the west of Mosul in the second April 2017, about 48 km it.”

He added that “the crowd forces managed to kill a number of fighters to Baghdadi, where escaped injured towards the Syrian border through Elierbah crossing, 60 km from Tal Afar towards the” fields “desert area under heavy surveillance by satellites and devices to monitor joint Syrian and Russian are located in the vicinity of capillaries airport and coordinate field by views are considered in the near yesterday’s ally the United States of America. “

The statement pointed out that the information provided to the Office of “Abu Said” indicates that “the arrival of al-Baghdadi to Deir al-Zour to appear in person and gives morale for the major process that mobilizes its international coalition forces from the south of the Syrian and control over the broad points in the Syrian desert, from the countryside endosperm south to destroy tenderness and Deir al-Zour and along the Iraqi border. “

, The statement said, “From here came the announcement of the quality process in 04/18/2017, where an international coalition aircraft carried out an air landing operation in the eastern countryside of Deir al-Zour controlled organization” Daesh “near the T2 station in the desert areas east of Syria.”

The statement that he “believes, according to the information received, and noted that this landing happened almost four days before the announcement after al-Baghdadi arrested about a week. In the information that the US Alkmondos band made up of fifty people, the recovery of certain personal cooperation and coordination with the security apparatus and personal withdrawn may be” Abu Bakr al-Baghdadi. “

The Information Office of the Secretary General of the European department for security and information announced on Tuesday that he arrived at the office information “accurate” refers to the leader of the organization Daesh “Abu Bakr al-Baghdadi” may have been arrested in the Syrian north through the process of monitoring by the Syrian and Russian Joint Intelligence.

{Baghdad: Euphrates News} freed security forces on Thursday, the neighborhood revolution on the right side of the connector fully, from Daesh terrorist gangs.
The commander of operations are coming Aaninoy Lieutenant – General Abdul Amir Rashid Yar God in a statement to the cell media war agency {Euphrates News} received a copy of it, that ” the pieces of anti – terrorism liberated neighborhood revolution in the right coast of the city of Mosul and raised the Iraqi flag over thebuildings after burdening the enemy loss of life and equipment. ”
Security forces continue to October since 201 617, edit Mosul operations from thegrip of the terrorist Daesh, where I managed to edit the entire left coast of the city, as, and moved to the right side of the city and is still progressing to eliminate terrorists in Tam.anthy
alforatnews