Naseem Abdullah, a leader in the Al-Fateh coalition led by Hadi al-Amiri, revealed on Wednesday (February 26, 2020) that there is political movement for some Shiite political forces with the Sunni and Kurdish forces, in order to prepare the atmosphere for the parliament session, tomorrow, Thursday, intended to vote on the government of Muhammad Tawfiq Allawi .

Abdullah said, in an interview with (Baghdad Today), that “there is mobility for the leader of the Alliance of Fath Hadi al-Amiri, and leader of the wisdom stream Ammar al-Hakim, as well as for the leaders of the Allied Movement, and other destinations, for dialogue and negotiation with the Sunni and Kurdish political forces in order to prepare the atmosphere for the parliament session, one day Tomorrow Thursday, allocated to vote on the government of Muhammad Tawfiq Allawi. ”

And Abdullah said, “The political forces want to have a vote on the Allawi government, with the participation of all political forces from various components, provided that the government is independent and according to the specifications that the Iraqi street wants, and for this dialogue continues, and there is openness and a positive atmosphere.”

Earlier in the day, the Prime Minister in charge, Mohammed Tawfiq Allawi, tweeted about the voting session for the upcoming government, which is to be voted on in the special session scheduled for tomorrow.

Allawi said in a tweet on the platform “Twitter”, which I followed (Baghdad today): “The vote on the first booth of independent independent candidates will be fair, they will restore the people their right and Iraq prestige.”

He added, “Tomorrow the date of the meeting of honorable members of the House of Representatives with national positions who have withstood great challenges with the people who resisted killing and repression.”

Allawi continued: “Tomorrow together, people, representatives, candidates and national political forces, we will turn the page of quotas and look forward to a free and strong Iraq and my father.”

The Presidency of the Council of Representatives decided, during its meeting, last Monday, to hold the special session scheduled to vote on granting confidence to the new government next Thursday, February 27, 2020 at one o’clock in the afternoon. In the internal system of the House of Representatives.

The House of Representatives announced, Thursday, that the special session to vote on the cabinets of Prime Minister-designate Muhammad Tawfiq Allawi will be held at one o’clock in the afternoon.

In a brief statement, the council said, “The special session on Thursday, 27 February 2020, will be held at one in the afternoon.”

On Thursday, the House of Representatives set a date for the extraordinary session to give confidence to the government of Prime Minister-designate Muhammad Tawfiq Allawi.

The Media Department of the House of Representatives said in a statement that “the parliament presidency sets next Thursday as the date for the extraordinary session to give confidence to the Allawi government.”

This comes after a meeting of the Presidency of the House of Representatives, chaired by Speaker of Parliament Muhammad Al-Halbousi, to discuss setting the date for the special session to vote on the cabinet of the Allawi government. 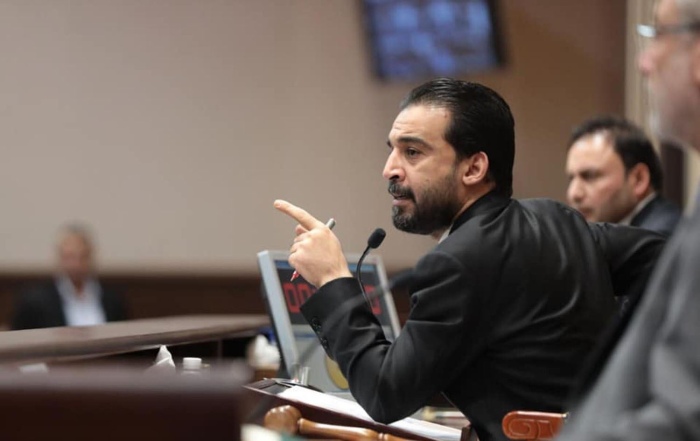 gave confidence to the

Shafaq News / First Deputy Speaker of Parliament Hassan Al-Kaabi said on Wednesday that the parliament session on granting confidence to the government of Muhammad Tawfiq Allawi will be public and will set a precedent for the first time.

In a statement received to Shafak News, Al-Kaabi said, “The government curriculum and CVs of the candidates were sent to the cabinet before the session to give confidence to the new government,” noting that “this is happening for the first time in the history of Iraqi governments.”

He added that “all the members of the House of Representatives were briefed on the biographies of the candidates,” explaining that “the committee formed under his chairmanship discussed the government curriculum and expressed its observations and recommendations to the designated president, who on his part expressed his willingness to include and adhere to it within the ministerial curriculum of his government.”

Al-Kaabi described the parliament session to be held tomorrow, Thursday, as “a hundred percent democracy”, noting that “the vote will be public, so that the Iraqi people will inform their representatives in choosing their cabinet, and the voting options will be completely free.”

Al-Kaabi expressed his hope that, after obtaining the confidence of the House of Representatives, the designated president and his government would pledge to restore the prestige of the state and the democratic system, achieve the demands of the Iraqi people, and proceed with early and fair elections.

Parliament is scheduled to hold an emergency session tomorrow, Thursday, to consider whether or not to give confidence to the Allawi government.

For the government to obtain the confidence of Parliament, an absolute majority (50 percent + 1) is required for the number of members present (not the total number) to grant confidence.

Allawi, a former communications minister, has the support of prominent Shiite forces, headed by the Sadrist movement led by Sadr and the “Al-Fatah” coalition led by Hadi al-Amiri.

However, he faces protests from prominent Kurdish and Sunni political forces, as well as the popular movement, which demands an independent personality far from subordination to parties and abroad. 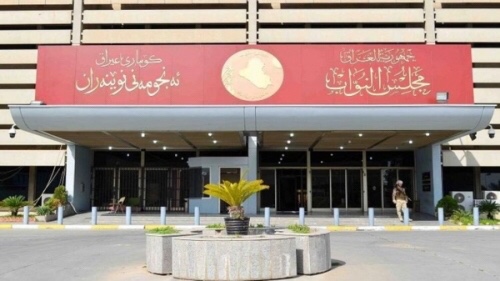 Representatives of the Kurdish blocs arrived in the capital, Baghdad, this evening, Wednesday.

A representative source said that “all members of the Kurdish blocs arrived in the capital Baghdad to attend the session of granting confidence to the government of Prime Minister-designate Muhammad Tawfiq Allawi tomorrow, Thursday.”

And the leader of the Kurdistan Democratic Party, Majid Shankali, revealed that the representatives of the Kurdish blocs went to the capital, Baghdad.

Shankali told the Euphrates News, that the Kurdish parliamentary blocs will all come to Baghdad to continue in consultation with Allawi’s delegate until a consensus is reached to attend the session of granting confidence and pass the government or not.

It is scheduled to hold a special session of Parliament tomorrow, Thursday, to vote on the cabinet of the Prime Minister-designate Muhammad Tawfiq Allawi.

– Prime Minister-designate Muhammad Tawfiq Allawi said that he was “sure that the government will gain the confidence of parliament tomorrow, because it was formed out of quotas.”

Allawi said in a press statement that he “opposes any hostile act towards the demonstrators and will not allow any future attacks on them.” 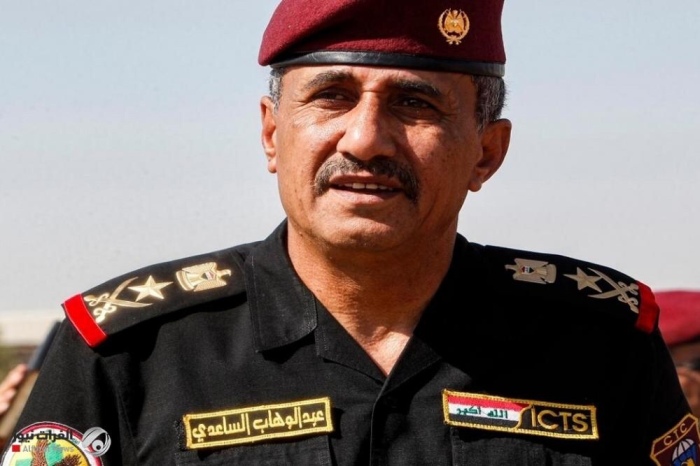 (Baghdad: Al Furat News) Lieutenant General Abdul Wahab Al-Saadi rejected the post of interior minister in the new government, which may come to light tomorrow, if it is passed in parliament.

“The position of the Minister of Interior has not yet been decided, because his candidate, Lieutenant General Abdel Wahab Al-Saadi, has apologized for assuming the position,” former lawmaker Mishaan al-Jubouri said in a tweet on his Twitter account. is over

{Baghdad: Al Furat News}. [Al Furat News] obtained copies of the biographies of ministers in the government of Muhammad Tawfiq Allawi, who is in charge of the prime minister.

The following are the CVs of the Ministers: – 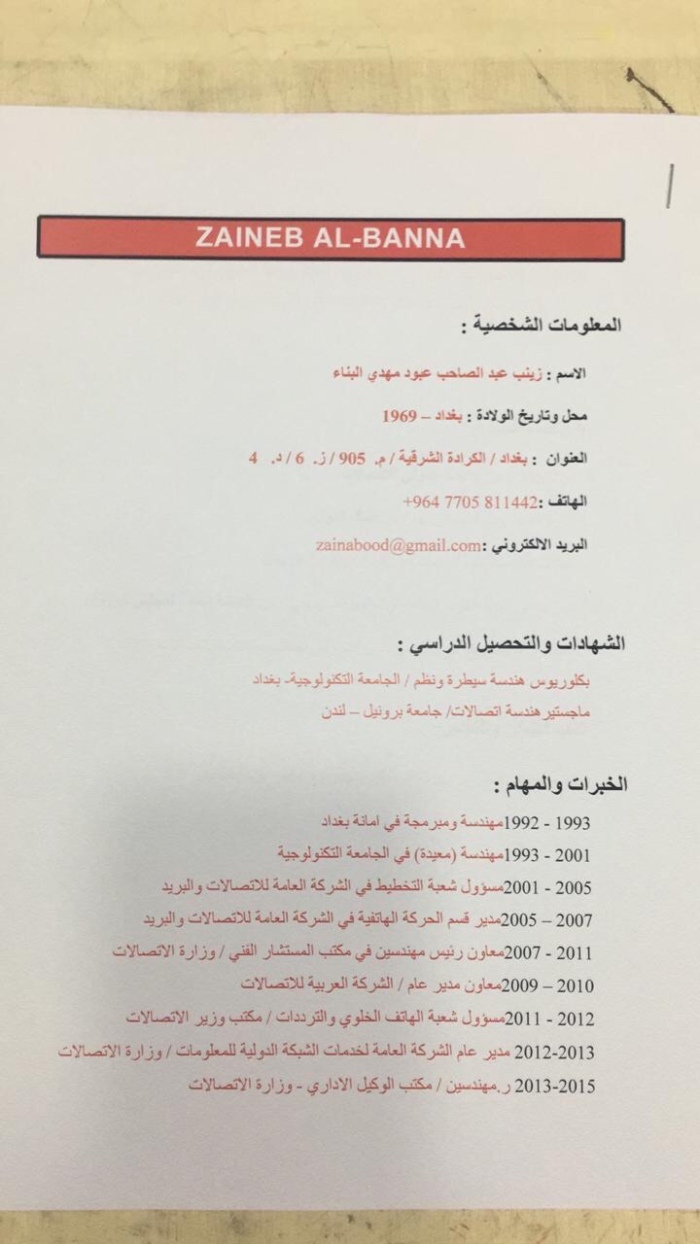 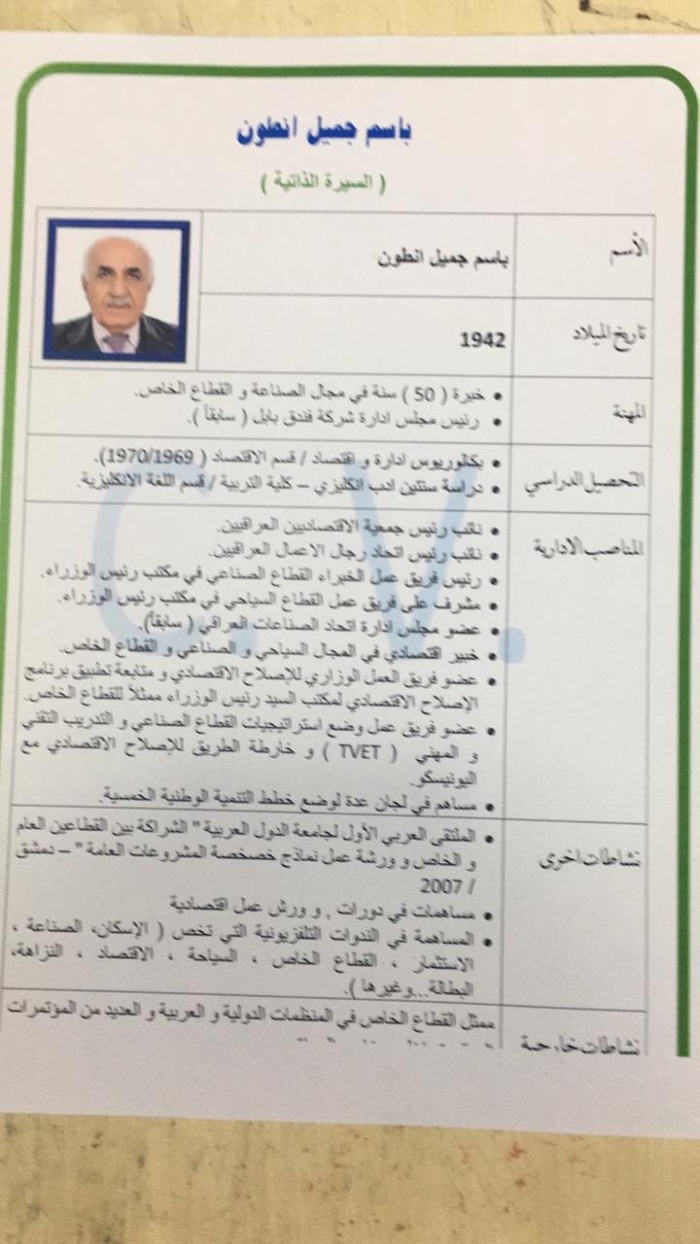 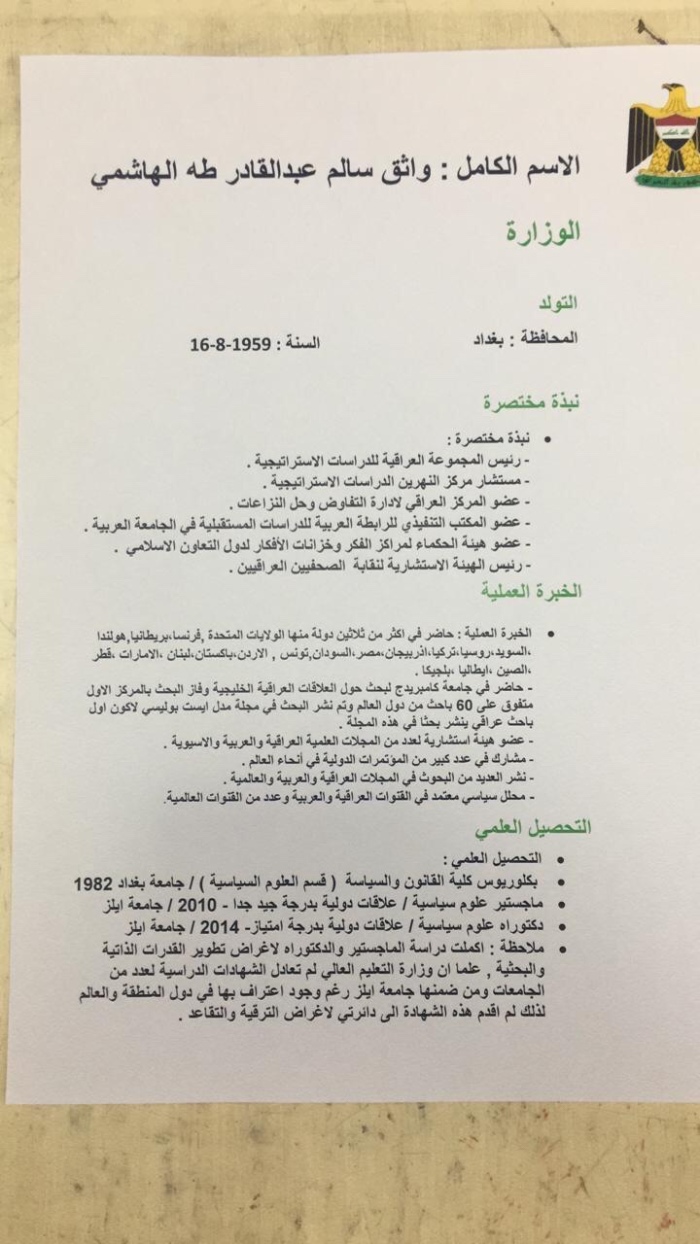 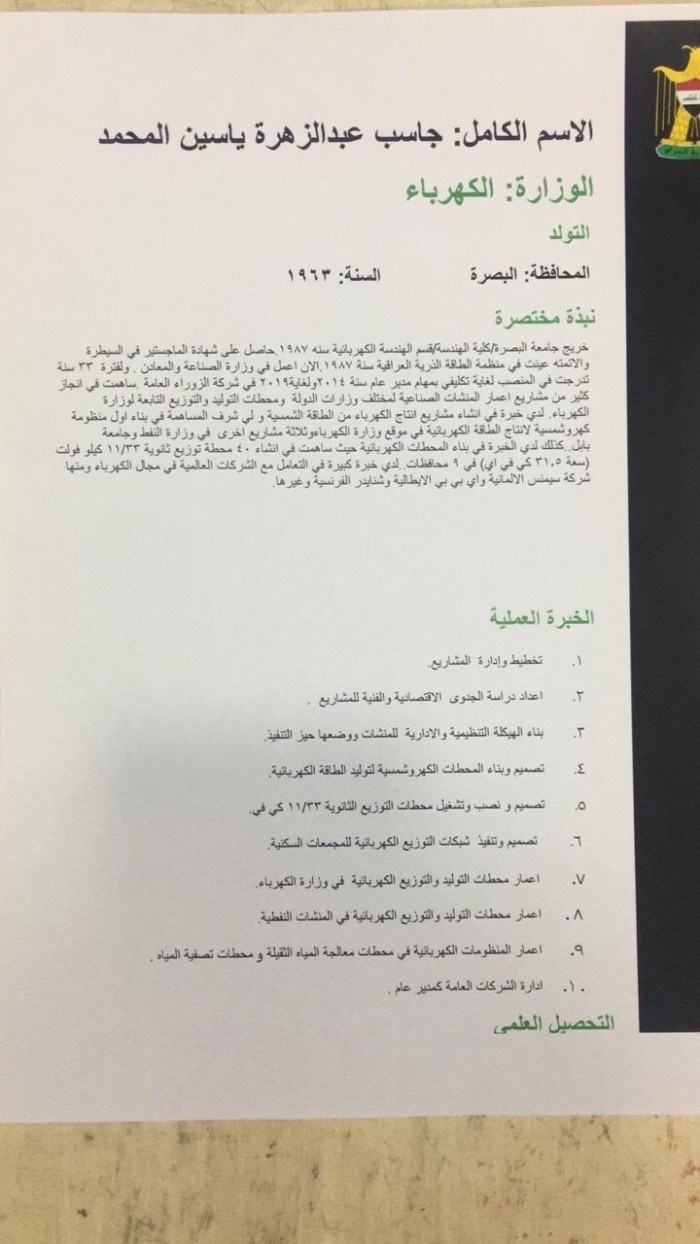