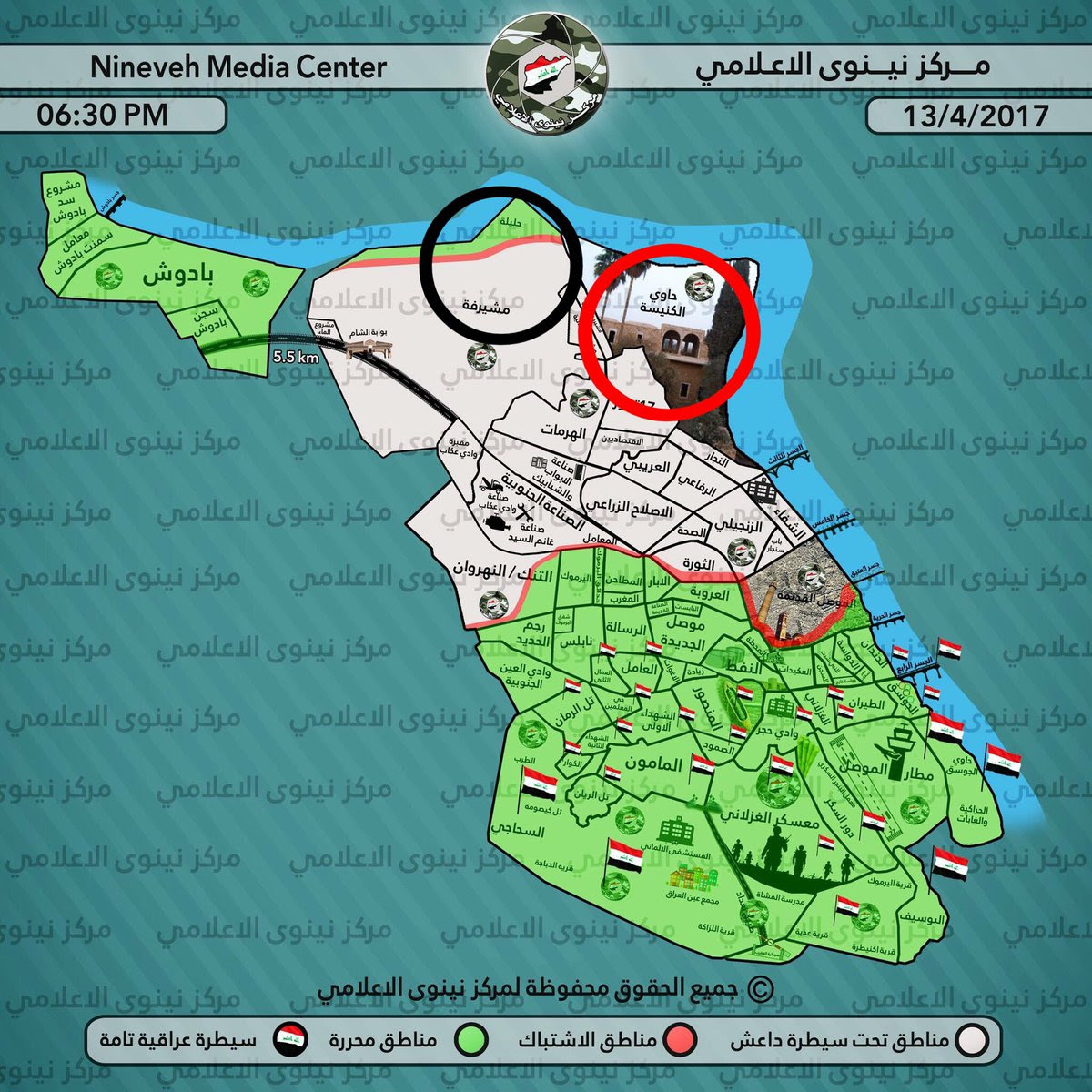 IMPORTANT: Massive news of the day is that #Iraq‘s army has finally stormed northern #Mosul, specifically the Halilah area. 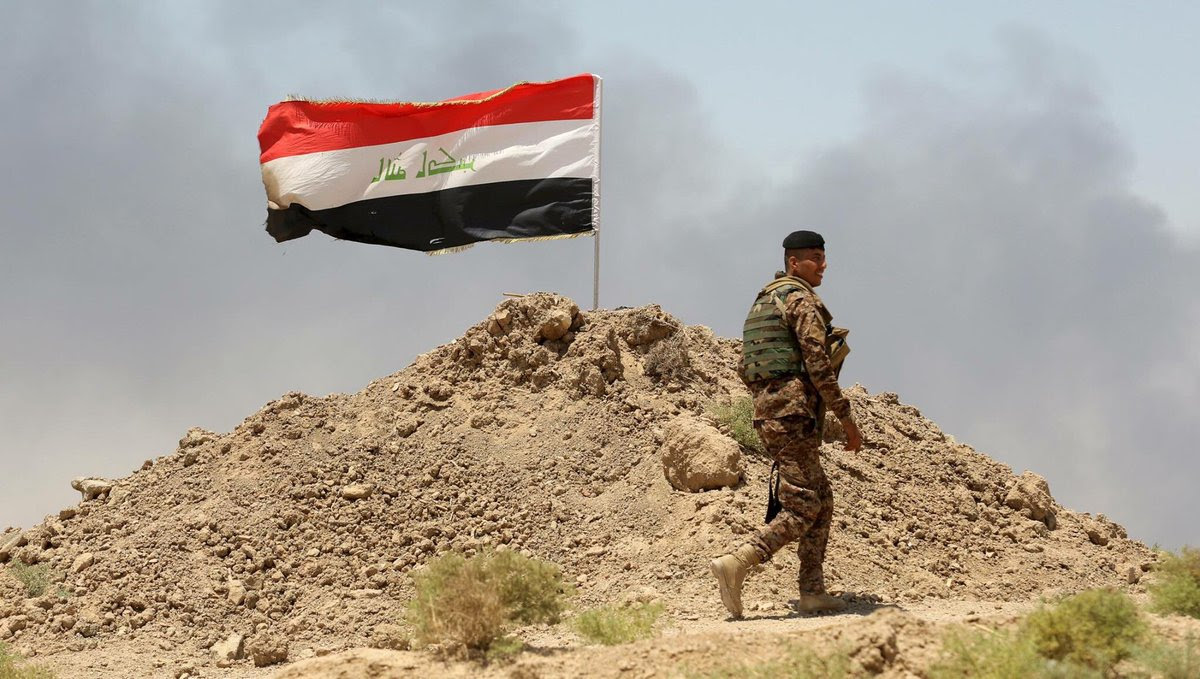 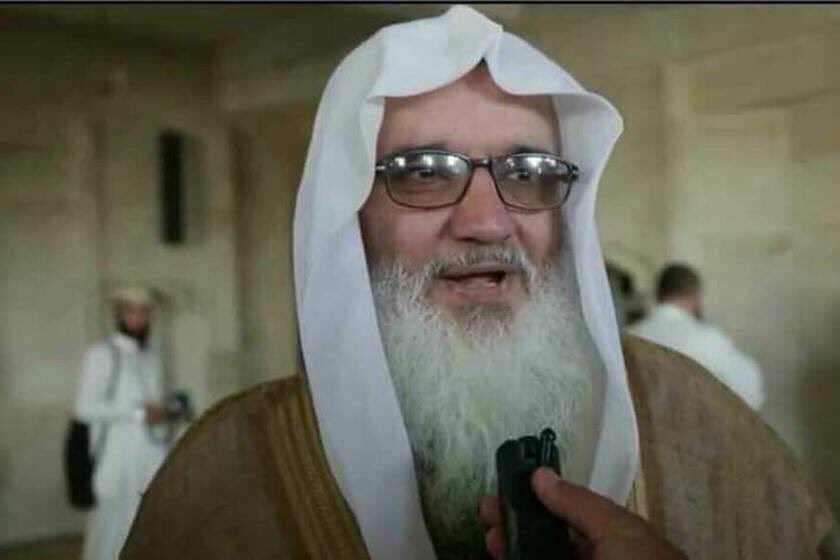 During the meeting, the pair shed light on their common past struggles against the Iraqi then Baathist regime as well as the present security and military coordination existing between Kurdistan Region and Baghdad in the fight against terrorism.

The victories of Iraqi and Peshmerga forces were also lauded by both sides.

The latest political and security developments in Iraq and in the wider region as well as the political progress the Kurdistan Region has witnessed were among the topics discussed in the meeting.

Iraqi FM arrived in the Kurdistan Region on Wednesday to participate in a panel on Iraq’s foreign policy at the American University of Kurdistan (AUK) in Duhok.

The commander of the operations of Major General Najem al-Jubouri, reported the killing of Abdullah al-Badrani, nicknamed “Abu Ayyub al-Attar,” the Mufti of the legal organization to advocate the terrorist, an air strike on the right coast of Mosul.

For its part, said the Military Information Cell that according to information intelligence cell and security operations are coming Yanui F16 Iraqi aircraft tarnished the pillars of terrorism and carried out several air strikes resulting in strikes:
1 – the destruction of a camp for terrorist gangs where the meetings of the meeting and the targeting of a large gathering of terrorists led to the killing of many of them in the village of Abagala, which lies to the west of the right coast of Mosul.

2. The destruction of a command and control center, which is used as a weapons depot, a wokrin for meetings, a weapons depot, a command center and a control center, resulting in the killing of several terrorists and all the weapons and ammunition that were inside the village of Al-Haliya, which lies to the west of the right-hand coast of Mosul.
103-1 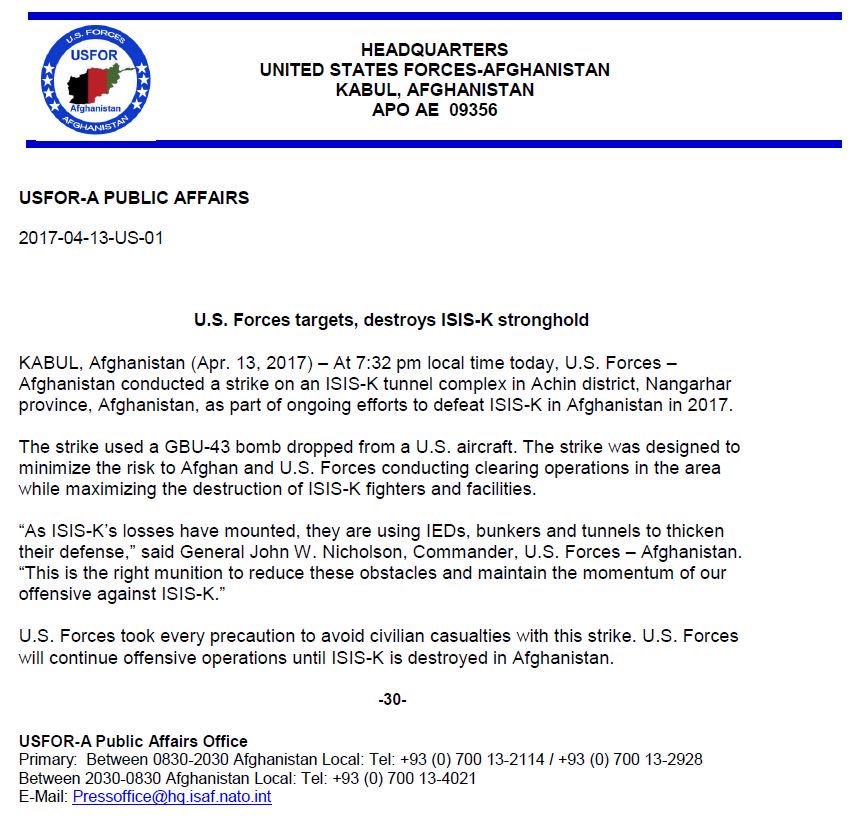 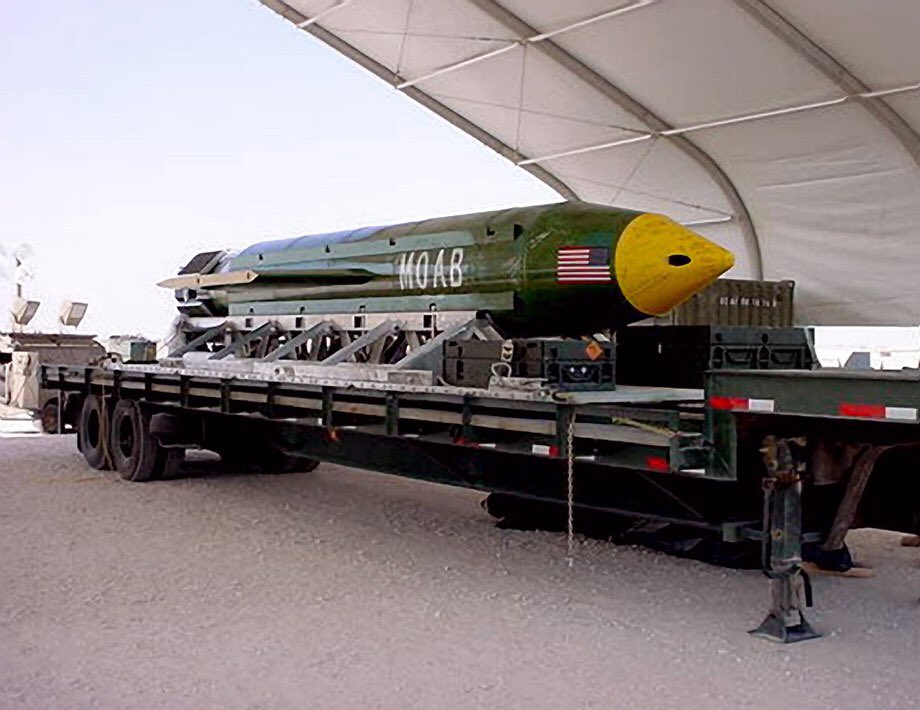 Iraq and Kuwait engaged in in-depth discussions to meet the requirements for achieving economic integration between the two countries, and the establishment of joint industrial zones and other free trade, as well as the signing of the commercial, technical and economic cooperation agreements.

Those discussions waged a high economic delegation headed by the Minister of Planning and Minister of Trade Agency d. Salman Jumaili with his Kuwaiti counterpart, Minister of Commerce and Industry Khalid Nasser Al-Roudhan, who noted that Iraq is still a promising and important market, but has the technical, human and economic capacity, making it eligible for export.

He called for the need to lift all obstacles that prevent the export of materials and products originating in Iraq and Kuwait to the market in order to balance the trade relationship between the two countries and achieve common interest.

• meetings at the highest level

Minister of Planning and Minister of Trade Agency Dr. Salman al-Jumaili this morning met with Prime Minister Sheikh Jaber Al-Mubarak Al-Sabah and discussed the development of fraternal relations between the two brotherly neighbors, meeting confirms the success of his talks with his counterpart Jumaili Rodan.

He also met with Sheikh Sabah al-Jumaili Khalid Al-Hamad Al-Sabah, First Deputy Prime Minister and Foreign Minister of Kuwait Thursday in the presence of the Minister of Trade and Industry and Minister of State for Youth Affairs Acting Khaled Nasser Al-Roudhan

• raise the barriers to entry of Iraqi businessmen to Kuwait

He stressed Jumaili the need to work in order to market to improve the business environment between the two countries, ensuring that attract investment and economic opportunities and to encourage Iraqi businessmen to work with Kuwait, noting that the most important point in this area is to raise barriers to businessmen, traders and industrialists Iraqis enter into Kuwaiti territory.

He said the issue of entry to Kuwait visa constitutes an important barrier to the development of economic and trade relations between the two neighboring countries and deprive Kuwait of important opportunities economically, where these obstacles cause of the failure of the Kuwaiti economic activity in Iraq, while other countries invested this vacuum and managed to achieve major gains.

The Jumaili and the political will of his country’s government and the institutions of the decision of Iraq to develop a relationship with Kuwait, pointing out that the relationship with Kuwait as much as much as imposed by the imperatives of geopolitical, they are at the same time in response to the feelings of loving affections of the Iraqi people of the Kuwaiti people.

Jumaili said that the Iraqi government administration is moving to remove the technical and legislative obstacles to the development of trade and mutual investment between the two countries and promote transit trade through the development of the road link between Iraq and the geographical proximity insurance, including Kuwait, Jordan, Syria, Turkey and Iran.

• international will to secure Iraq

Jumaili He noted that the current year will turn the page on the organization of Daesh and terrorism in Iraq forever, stressing that this would “contribute to a promising investment and economic environment, so it is appropriate that the Kuwaitis move from now before it is too late to be for them to attend appropriate in the future of Iraq economic and booming. ”

He also noted in a press statement received / scales News / copy of it that “there is a comprehensive international will in Iraq to be an environment for regional security and international being one of the security and stability of the pillars of the region and the world. He praised Kuwait’s efforts in the development of plans for the development of infrastructure land road link between Iraq and Kuwait “.

He said that an important gesture in activating the trade route between the two countries, wishing to reach an approach to stimulate trade and encourage mutual investment and seek to establish successful projects that would promote the economic reality of both countries. ”

• Kuwait: the location of the gateway to Iraq for wider investment

For his part, Minister of Commerce and Industry of Kuwait Khalid Nasser Rawdhan his country seeks every effort to invest the geographical location of Iraq in order to open the doors of trade through it to Iran, Turkey, Syria and Jordan, and then through these countries to world markets in Asia and Europe.

He said that his country was open to Iraq in full and seek to sign commercial and technical and economic cooperation agreements with him.

He said he greatly appreciated what Iraq possessed elements of the human, economic and technical qualify it to be one of the leading countries economically.

He pointed out that the opportunity is available to achieve economic integration and building a fruitful and strategic between Iraq and Kuwait.

• Religious tourism as an investment

The Kuwaiti minister admitted humbly two-way trade volume between Iraq and Kuwait, compared with the volume of trade with other neighboring countries of both countries, indicating the importance of mutual striving for the development of trade between them and the investment of economic, human and geographical features of the two countries to serve the economic boom and the development of economic cooperation at the regional level.

The Kuwaiti minister said he had received instructions from the Emir of Kuwait to confirm the pursuit of economic development and investment and strategic relations with Iraq, as well as his interest in the various Iraqi market opportunities such as investment in the oil and gas industry and religious tourism.

He stressed the necessity of opening the way for Kuwait to become a conduit for visitors to the citizens of the Arab Gulf states and pan-Asian to holy sites in Iraq, as is the case in the past when the delegates and visitors to the holy shrines in Iraq, Kuwait pass to come and return trip.

The Kuwaiti side expressed its desire to study the economic, investment and industrial projects in Iraq, at the beginning of an integrated strategy weave between the two countries in the fields of industry as well as the possibility of setting up joint industrial zones, as well as common areas of free trade between the two countries. At the end of the meeting, the two sides noted that the changes in the global oil market, reflected negatively on the economic situation throughout the region and on Iraq and Kuwait considerably, stressing that it calls for quick action to prepare and implement plans and procedures that will diversify the sources of income and diversification of economic activity in order to avoid the imbalance that has arisen for lower oil prices.

Together and stressed that the joint work of cooperative and complementary between the two countries has become one of the necessities of stage .anthy 29 / m h n 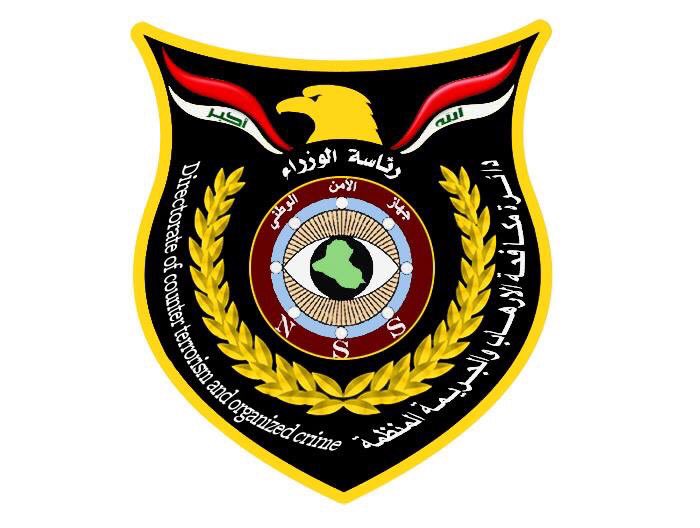