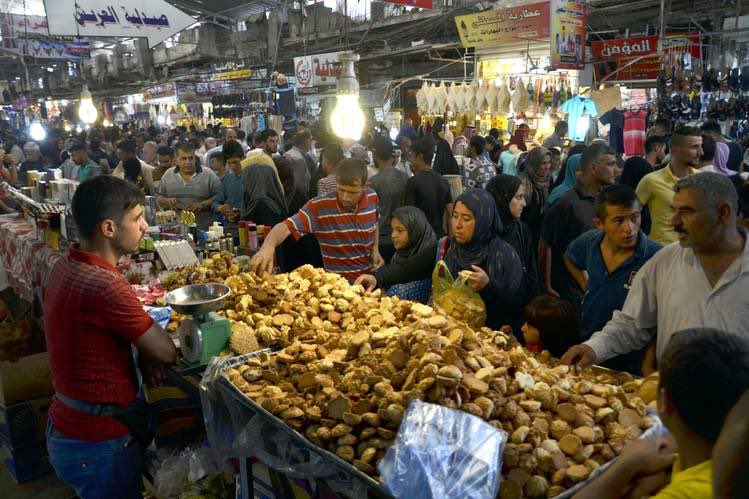 Britain’s Minister for Middle East and North Africa, Alistair Burt, said the issue of the referendum on Kurdistan independence is different in history and geography than the Scottish referendum on Britain.
“We understand very well the importance of the referendum to the Kurds, and we do not think they will spend it outside the framework of the dialogue with Baghdad,” Burt said after meeting Barbil with the official of the Kurdistan Regional Government’s foreign relations department.
He added that “Britain is happy to support the two parties, all in the way of the success of these dialogues between Erbil and Baghdad, and we believe that these dialogues will continue until the twenty-fifth of September, and has informed us of the parties to our concerns, and explained to us that the discussions will continue in the coming weeks, Or in Baghdad as well. ”
“It is difficult to compare the referendum in the Kurdistan Region with another place, because the situation varies from region to region and is appropriate to the situation of these countries. The relations between Scotland and Britain are completely different from the situation in this region, which has a background Private and its different history “.

Journal September 4, 2017
Baghdad – Agencies
The international coalition has confirmed that a terrorist movement was not allowed near the border or on sovereign Iraqi soil.
“A convoy is still in the Syrian desert for the seventh day spent by the Mujahedeen fighters and their families with a convoy of buses now parked in the Syrian desert east of the Sokhna,” a coalition statement said.
“We and our Iraqi partners have not been party to the agreement between Hezbollah and the Syrian government and are urging to allow these experienced fighters to cross from the Syrian-controlled territory to the Iraqi border,” he said.
“It was clear that to support our Iraqi partners, we will not allow the movement of Jaish fighters near the border or on sovereign Iraqi soil,” he said.

50 minutes ago
“The conditions of the region require the unity of the Kurdish row, especially with regard to national issues, pointing out that the doors of the region is open to peacefully reach with Baghdad to resolve all the outstanding problems between the parties.

Talabani made the remarks during a meeting with British Minister for Middle East and North Africa Alistair Burt on Monday in Arbil, where he praised the role of the British government in the permanent support of the people of Kurdistan, especially in the war against the organization calling the terrorist, stressing that the provincial government seeks to continue these relations to include All-round.

Talabani said on the internal situation in Kurdistan that “attempts to restore confidence between the political parties, to build the unity of the political and social row on the level of national issues and all current issues, explaining that the current situation requires us to be more unified than ever before, especially in the issue of right Self-determination and ways to counter any possible developments in the region, which all indicators show are on their way. ”

On the relations between Arbil and Baghdad, Talabani said that “our doors are always open to reach a solution between Erbil and Baghdad in relation to outstanding problems.”

As for reforms in Kurdistan, Talabani pointed out that government reforms are necessary to overcome all obstacles and formulate a health policy for the future of the people.

For his part, Alastair Burt, British Minister for Middle East and North Africa, praised the heroic role of the Peshmerga forces and all Iraqi forces in the war against Da’ash, stressing that the British government continues its relations with the Kurdistan Region and provide all support and cooperation to carry out reforms in Kurdistan to overcome the crises. The Independent High Electoral Commission for the elections in the Kurdistan region announced the date of launching the propaganda campaign for the independence referendum, which will begin on Tuesday.

The agency said that the campaign will last for 18 days, indicating that the person who begins propaganda campaign, ahead of schedule, will be subject to legal accountability.

[Baghdad – where]
the Badr parliamentary bloc agreed with the Union of National Forces to form a unified national opinion against what they called the [process of separation of ill] that the Kurdistan region intends to hold a referendum on them.
“The head of the Badr bloc MP Mohammad Naji visited the leader of the Union of Forces Mahmoud Mashhadani within the movement of the MP to unify the row with a unified position towards the issue of Kirkuk, which was raised in recent times and the separation of Kurdistan.”
“The opinions of the two sides were close and united and agreed to form a national opinion to stand strong against the disengagement process and there is still an effort to include all the national voices in the direction of the disastrous separation process,” he said.
The Kurdistan region intends to hold a referendum on independence amid the rejection of the Iraqi government and all political forces, including Kurdish forces, and the international community rejected the referendum was not supported by any state, but the President of the region Massoud Barzani confirmed that he would go even if left alone.
http://www.alliraqnews.com/modules/news/article.php?storyid=65622

The Leader of Sadrist Movement Muqtada al-Sadr has called for a unified prayer between Sunnis and Shiites at al-Kufa Mosque on Friday.

In a statement, Sadr called upon his followers to attend Friday prayer at all-Kufa Mosque on the occasion of the anniversary of Eid al-Ghadir.

The prominent Shiite cleric is currently leading a campaign to counter sectarianism in Iraq.

He recently made two rare visits to UAE and Saudi Arabia which aimed to distance Iraq from Iranian hegemony and to restore Iraq ties with its Sunni neighbours.

A file photo of an ISIS terrorist

Najm al-Takhi, an ISIS commander, has turned himself in to Peshmerga forces in western Hawija in Kirkuk Governorate, a security source revealed Monday.

In a press statement, the source said that ISIS commander, who used to live in Samarra city in Salahuddin Governorate, and other terrorists, made this move.

ISIS terrorists, including al-Takhi, who has been pursued by the security forces since 2005, were transferred to the borders of Kurdistan Region, he noted.

He also pointed out that Takhi was the commander of ISIS’ forced displacement and execution operations.

He was behind the executions of security personnel and Shiite citizens in Samarra prior to 2008 and was called “The Prince of Princes”, he added.

This comes as a huge number of ISIS terrorists had turned themselves in to Peshmerga forces.

On Thursday, dozens of ISIS terrorists, from different nationalities, turned themselves in to the Peshmerga forces in Al-Ayadiya in Tal Afar.

A spokesman for the international coalition against the organization, Ryan Dillon, said on Monday that the Prime Minister and Commander-in-Chief of the armed forces had ordered the start of the liberation of Hawija south-west of the province of Kirkuk from the grip of the Dahesh organization.

On the convoy of buses heading near the Iraqi border in Syria, Dillon said in a statement to the channel “Rudao” space today, that the international coalition will never allow the approaching of buses from the Iraqi border.

The commander of the 70 forces in the Peshmerga forces Sheikh Jaafar Sheikh Mustafa said on Sunday that the liberation of Hawija province south-west of the province of Kirkuk from the grip of the organization will begin in the coming days.

Sheikh Mustafa said in a press statement that the process of liberating Hawija will precede operations in the areas controlled by the organization calling the terrorist in Anbar.

He added that the process of editing Hawija will be in stages, expected to end the process at the end of the month.