Massoud Barzani, stressed that the referendum is the right and appropriate decision and the legitimate right of the people of Kurdistan.

“For those who ask us to postpone, we say give us the alternative,” he said, adding that “Turkey has repeatedly told us to request the postponement or cancellation of the referendum.”

Barzani called for international guarantees to sign any agreement with Baghdad, and said that if the international parties did not come up with a better solution than the referendum, we will proceed.

Barzani spoke about the Kurds and said that after World War I voted for the Kurds to join Iraq, and were the biggest loser of the partnership for decades, there is no remains of the Kurds in the Iraqi army.

“The Kurds were subjected to various kinds of brutality and were denied the right to live safe.”

“In 1991, hundreds surrendered from the Iraqi army, but we did not avenge anyone. After the fall of Saddam’s regime, we helped draft a new constitution, but we foiled it,” Barzani said.

He explained that the people of Kurdistan has proved highly efficient in the management of the region since 1991.

“Article 140 of the constitution was supposed to be implemented by the end of 2007,” he said.

And Barzani that the Peshmerga according to the Constitution are part of the Iraqi defense system and this has not been achieved.

He also said, “Baghdad cut the budget for the province is a cut for the livelihood of the people in Kurdistan, so we began to sell oil after cutting the budget not before.”

“We have agreed to form a democratic civilian state but today in front of a sectarian state,” he said. “We do not want to repeat failed experiences in the relationship with Baghdad.”

“We have chosen the voluntary union with Baghdad but we are faced with procrastination, rotation and rotation,” Barzani said.

He said that the President of the Republic of Iraq is a protocol that has no powers, and stressed “there is no partnership between us and Baghdad.”

Barzani explained that our aim of the referendum is to build good and new relations with Baghdad.

He said that after the referendum we will enter into serious negotiations with Baghdad on all issues. The Kurdish people will express their opinion and send a message to the world. There will be openness in the new state and there will be no ethnic discrimination.

He stressed that the vast majority of Kurdish parties and forces are enthusiastic about the referendum.

“My political goal since 1962 is to achieve independence for my people,” Barzani said of his political goal. “I will withdraw from political life to leave room for others.”

On the organization of the “Daash” terrorist said Barzani, “Daash” wanted to occupy Kurdistan to the nature of the mountains of the fortified, the border was with “Daash” 1050 km and the confrontation was expensive.

He added that during the war with “Daash” the back of young leaders proud of them.

Barzani spoke about the Kurdish people and said he cooperated with the security services in an ideal way.

“We have about 300,000 Syrian refugees and more than one and a half million displaced Iraqis,” he said.

“We have Islamic parties and they are committed to national laws and unity, and the Arabs in the Kurdistan region have full rights and are allowed to participate in elections,” he said.

Barzani spoke of infrastructure and said oil was contributing to building a strong infrastructure, but agriculture and tourism were more important.

“In 1991, we had one university in Kurdistan, and today we have 15 public universities and 14 colleges,” he said.

The National Alliance, on Thursday, the arrival of Kurdish delegation negotiator to Baghdad before sending his delegation to Erbil, attributing the reason for the ‘rapid developments’ in the referendum file, and statements made by the President of the Kurdistan region Massoud Barzani recently.

The statement added that this was’ in order to confirm the will of the region to resume the ongoing negotiations between the two sides, especially after the statements of Massoud Barzani, as well as the recent decision of the Governor of Kirkuk with the participation of the province in the referendum of the Kurdistan region, to be held on September 25.

Kurdish political sources revealed the possibility of a significant postponement of the referendum in the Kurdistan region.

The sources pointed out that the Kurdistan Democratic Party has prepared a plan to postpone the referendum and presidential and parliamentary elections in the Kurdistan region, stressing the presentation of the plan on the Political Bureau of the Patriotic Union of Kurdistan.

The plan to postpone the referendum in return for the acceptance of political blocs to postpone the presidential and parliamentary elections in the Kurdistan region and extend the mandate of Barzani and the current session of the Kurdistan Regional Parliament for another two years. The sources added that representatives of the Patriotic Union told the Movement of Change opposition that they support the postponement of elections and extension of Barzani’s term and the current session of parliament.

For her part, denied the MP for the Kurdistan Democratic Party Ashwaq dry intention to postpone the referendum and the presidential and parliamentary elections in Kurdistan, stressing that it is mere rumors have no basis of health promoted by the rejection of the referendum. 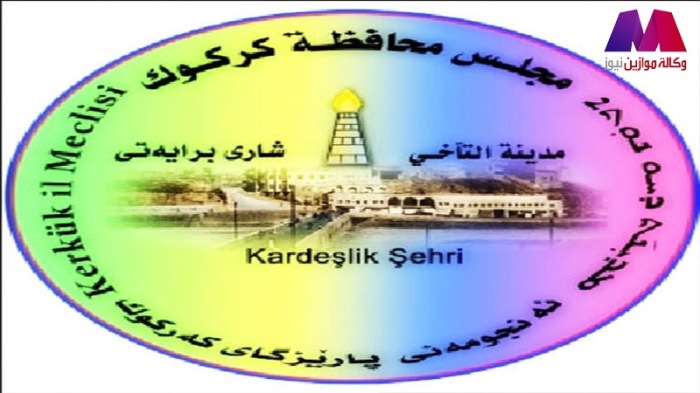 Kirkuk provincial council member Burhan al-Assi said on Thursday that the province is Arab and informed the Kurds that we rejected the referendum in the province, pointing out that the outstanding problems on the province are concerned by the central government.

“The talk about the referendum in the province of Kirkuk has already been announced as an Arab component we rejected him in addition to the component Turkmen, Christian and other minorities,” Al-Asi told Mawazine News.

He added that “the insistence of the governor and the President of the Council to hold a referendum to join the Kurdistan as they are from the Kurds concerned by the central government is the owner of the final statement in addition to it is concerned about outstanding issues, whether in the oil file or other.”

“The Arabs are an essential component in Kirkuk, the province is Arab and half the province, but the terrorist is called up and therefore the referendum can not be held there.”

And on the arrival of troops from the Peshmerga to the province, said Al-Assi: “We did not see these forces enter the province.”

It is noteworthy that local media reported the arrival of Artal from the Peshmerga forces to Kirkuk and control and forced in the referendum by force.

Zaidi, in a statement received / Mawazin News / copy, “We have seen waiting until the arrival of the Kurdish negotiating delegation to Baghdad before the delegation went to Arbil, after rapid developments in this file.”

The official added that “this decision came for the purpose of confirming the will of the region in the resumption of ongoing negotiations between the two sides, especially after the statements of the President of the region Massoud Barzani last, as well as the decision of the Governor of Kirkuk with the participation of the province in the referendum of the Kurdistan region, to be held on September 25.” A43