He pointed out the messenger, that “al-Baghdadi observer currently stalker of the Iraqi intelligence services, and the event that its exact location will not be late to target anywhere in the process, and whether al-Baghdadi, came out to say he was defeated or did not come out, the final outcome that this organization has already defeated in Iraq.” , pointing out that “Iraqi forces will not stand in front of her things in the right coast.”

He stressed that “the operation is going according to plans, which aim to preserve the lives of civilians and to minimize losses and ease their suffering, plans are cleansing Mosul and edit put Iraqi citizens in the first place.”

He explained that ” the Forces Iraqi data common to have future plans to eliminate the organization in western Mosul areas, and areas that are still usurped and of Hawija and areas of the Upper Euphrates, and these areas will go its forces after the completion of the processes currently taking place , and will free all Iraqi territory from rats Daesh terrorist” .

The military commander, that “the Iraqi army severed the last major road out of Mosul, a stronghold of the organization Daesh controlled the access roads to the city from the north-west.”

The Dean of the corner Armored Division ninth army said that “the band has become just one kilometer from the” Sham Gate “in Mosul, a north-western entrance of the city.”

He continued, saying, “We are in control now on the road and now Sham gate in the extent of the actual vision of our forces.” Q ended

{Baghdad: Euphrates News} preparing the security forces to storm the city of Mosul, the center of several axes.
A statement by the leadership of the Federal Police, the agency {Euphrates News}, a copy of the “rocket and artillery battalions received the backing field probes air bombed dozens of important goals of the enemy in areas Aldndan and Nabi Sheet and Pedal Aekadat.”
He noted that “elite commandos and rapid response, is preparing to break into central Mosul from several directions” .anthy
http://alforatnews.com/modules/news/article.php?storyid=139357

BAGHDAD (AP) – A senior military commander said Wednesday that Iraqi soldiers control the fire on the road linking the western city of Mosul, Tal Afar, which is still the organization of the Islamic state controlled, which means to isolate the jihadists in the city.

Iraqi forces have been battling in western Mosul to restore them to organize an Islamic state in the process launched in February 19, but it is making progress toward the desert areas adjacent to isolate the region from the Afar and increase pressure on the jihadists.

The commander of the ninth division of the Iraqi army, Lt. Gen. Qassim al-Maliki “control on the road with fire,” adding that while the soldiers were not up to the road, but he is able to shoot at targets in it, which means that it has become virtually under their control.

Collaborating team of American soldiers with the Ninth band about two months ago, and gave them backing to reach across the desert road to Mosul-Tal Afar.

Controlled organization of the Islamic state on the vast areas north and west of Baghdad in 2014, but the Iraqi forces supported by the US-led coalition to regain most of the lost areas.

Launched the process of restoration of Mosul, another city in the country is still, however, the organization, in October / October 17.

[Where – Baghdad]
reduced the commander of US forces in Iraq on Wednesday , the likelihood that the United States has a large additional numbers of coalition forces to fight the terrorist Daesh despite the fact that US President Donald Trump is considering his options to speed up the pace of the campaign.
Gen. Stephen Townsend said , speaking via video conference through the press Pentagon statement [Pentagon ‘s “do not expect that Nstkdm large numbers of coalition forces because what we do in fact achieve success.”
He continued saying , “But if we brought in additional forces Fsnrtb with our local partners here in Iraq and Syria to ensure their understanding of the reasons for doing so and to obtain their support.”
http://www.alliraqnews.com/modules/news/article.php?storyid=58983

{Baghdad: Euphrates News}, commander of US forces, said the role of their forces in western Mosul battles, no longer limited to military advisory only, but they were going to the fighting zones.
The commander of US forces Gen. Stephen Townsend, in a press statement, “we are told that prevents the presence of our consultants in the areas where the fighting between Iraqi forces and Daesh, however , that this decision is no longer effective at the present time.”
It is said that, military advisers from the international coalition against terror Daesh gangs came to Iraq to provide logistical support and advice to security forces in counter terrorists on Alard.anthy 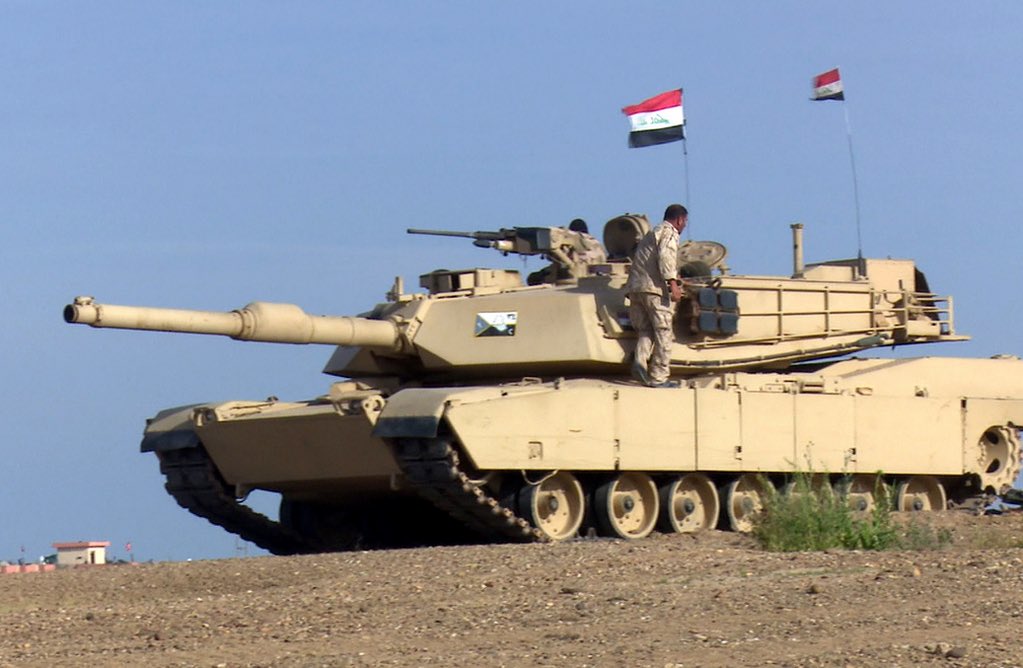 The Central Bank of Iraq, on Wednesday, for clarification on the decline in the dollar exchange rate against the Iraqi dinar, attributing the cause to the implementation of the new system applied to window selling foreign currency.

According to a statement of the bank received / balances News / copy of it, “Implementation of the new system, the application window to sell foreign currency in the bank led to a marked decline in the exchange rate of the dollar against the Iraqi dinar.”

He added: “Where the new system removed the middlemen and hackers by changing requirements and actions toward simplification and transparency in the sale of foreign currency window operations, as the new system provides for a window competition between banks on the basis of the extent of compliance with the rules to combat money laundering and terrorist financing.”

The bank, according to the statement, that “the new system’s success and cooperation with the Iraqi banks are encouraged to take additional measures that the legitimate demand for the dollar to cover, all the way to the target through the implementation of programs and new standards and rules check the clarity and transparency of these operations the price.”

The statement said, “This bank indicates that control of the exchange rates in light of the challenges of economic, financial and security situations are recorded monetary policy success in absorbing large shocks to Iraq, will have to improve oil prices and the elimination of al Daesh terrorist significant impact in supporting the country’s financial situation , thus relieving the pressure on monetary policy and to allow them the opportunity to achieve greater monetary stability to this country, “.anthy 29 / a 43

Iraqi troops have taken took control of the last major road out of western Mosul that had been in Islamic State’s hands, a general and residents there said, trapping the militants in a dwindling area within the city.

The army’s 9th Armoured Division was within a mile of Mosul’s “Syria Gate”, the northwestern entrance of the city, a general from the unit told Reuters by telephone.

“We effectively control the road, it is in our sight,” he said. Mosul residents said they had not been able to travel on the highway that begins at the “Syria Gate” since Tuesday.

The road links Mosul to Tal Afar, another Islamic State stronghold 40 miles to the west, and then to the Syrian border.

Iraqi forces captured the eastern side of Mosul in January after 100 days of fighting and launched their attack on the districts that lie west of the Tigris river on Feb. 19.

If they defeat Islamic State in Mosul, that would crush the Iraq wing of the caliphate declared by the group’s leader Abu Bakr al-Baghdadi in 2014.

The U.S. commander in Iraq has said he believes U.S.-backed forces will recapture both Mosul and Raqqa, Islamic State’s Syria stronghold in neighbouring Syria, within six months.

Counter Terrorism Command device announced that al Daesh me great losses in lives and equipment in the battles of the left and right coast from the city of Mosul.

Lieutenant-General “Abdul Ghani al-Asadi” explained for “Journal News” Wednesday, that “all the pieces advancing security within residential neighborhoods of the city of Mosul.”

He pointed out that “the participation of anti-terrorism forces, gave a great impetus to the battle against the terrorist organizations in the central axis, while the Peshmerga forces and federal police took it upon themselves to edit the right axis of the city, and that the ninth band forces stationed on the left axis of them.”

He added that “the security forces in all its different forms has managed to achieve great victories in the regions (Tel Rayyan, safe and apartments, Mansour and Wadi Hajar).