BAGHDAD — Shi’ite politician and former Iraqi Prime Minister Nouri al-Maliki is suspected to be behind the assassination of a female journalist who was found dead in her apartment last week.

Ruham Imad Sulaiman, known as Ruham Abid, was an Iraqi Sunni journalist famous for her critical articles on corruption and the fall of Mosul into the hands of Islamic State (IS) in 2014 when Maliki was still holding the PM position.

After her death on March 15, Abid’s father told reporters that an electricity short circuit caused fire in her apartment in Baghdad’s Azamiyah neighborhood, and costed Abid’s life and the child she was carrying.

However, al-Alam al-Jadid news website later claimed that a group of unidentified men assassinated Abid and then set the scene on fire to leave no evidence.

In a footage, apparently recorded by Abid days before the incident, she reveals that after a recent interview with Iraqi politician Muwafaq al-Rubaiei, several people from her family, friends and relatives have been arrested on false charges. 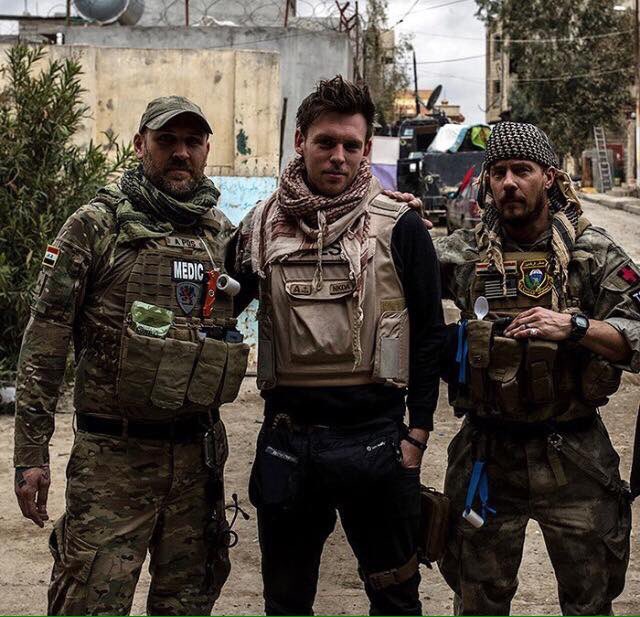 Refuted joint operations, on Thursday, the news circulated by some media about civilian casualties of bombing was carried out by the Air Force in Mosul.

According to a statement to the media war, citing the joint operations, said that “some media circulated news and pictures of casualties of the families and civilians in the right side of Mosul, and in order to inform public opinion the real fully explain that al Daesh practicing the ugliest forms of treatment with our people in the areas that are still under their control, where some of the terrorists plunged amid Slapthm families and their property and booby-trapped freezers, refrigerators and placed in narrow roads. ”

The statement added, “also abandoned elements of the organization some families from their homes to be used for fighting, and the headquarters of the suicide bombers used threats, murder and starvation of women and children and adults to force them to Matrade them, as well as the Daesh filmed the innocent victims who are killing them that they are the victims of the bombing of Iraqi forces to mislead public opinion, and access to media gains In this way misleading. ”

It confirmed the joint operations on the “security forces also adhered to all the rules of engagement to protect civilians and spare them all at risk as a result of the operations, and still our troops continue to Thrber areas dismounted troops from house to house with the provision of humanitarian support for families, women and children and all citizens if they reach them.”

The statement continued, “It is certain that the terrorist Daesh, gasping for breath and do everything you can to harm innocent people to stir up public opinion.”

(55 km south west of Amman) The preparatory meetings for the 28th Arab Summit scheduled for March 29 will be held at a meeting of senior officials of the Economic and Social Council of the League of Arab States to prepare for the meeting of the Council scheduled for Sunday.

The Secretary General of the Jordanian Ministry of Industry and Trade Yousuf Al-Shamali said in his address to the opening session of the meeting of senior officials of the Economic and Social Council that the potential, location and resources of our Arab nation and human nature drive us to seek to improve Arab economic cooperation and development of Arab inter-Arab investment, which does not exceed 20%.

The Jordanian official reviewed the file of intra-Arab trade. Describing him as still under the aspirations of the Arab peoples. Required to remove all the obstacles and constraints that prevent the increase inter-Arab trade, which does not exceed the percentage in the present time 10 percent for trade with the Arab world.

He stressed that the Jordanian role in this summit will not only have a rotating presidency, but it is also committed to working to find solutions to the problems that beset our region Arab. He pointed out that the common will will enhance joint Arab action, especially at this stage in which we look forward to issuing resolutions that express the aspirations of our Arab peoples, promote joint Arab action and revitalize the role of the Arab League and its organizations.

He warned that the Arab region is facing unprecedented challenges, and that the Arab summit circumstances makes it imperative for everyone coordination and cooperation to contribute to the unification of Arab ranks to confront these challenges.

For his part, the Assistant Secretary-General for Social Affairs of the League of Arab States Ambassador Badr al-Din al-Alali said that the meeting of senior officials of the Economic and Social Council will discuss the economic and social file in preparation for submission to the ministerial meeting and then to the Arab leaders on March 29.

He said: This file should be directly reflected on the Arab citizen and feel it. Stressing the importance of this meeting to develop innovative mechanisms to push forward the economic development process within the joint Arab action system, as the economic and social side are the main lever for cooperation and integration between our Arab countries.

The Council will consider the one-day meeting on the economic and social issues that will be submitted to the ministerial meeting of the Council in preparation for the Arab Summit, which includes, in addition to the semi-interim report for the Arab Atomic Energy Commission for the Implementation of Arab Strategies for the Peaceful Uses of Atomic Energy , the achievements of the Commission and a report on the achievements and requirements of the Arab customs Union and the Greater Arab Free trade area, and the vision and proposals and perceptions of Arab businessmen to the role of joint Arab action system, and the Arab strategy for scientific research and Walt Nologi innovation, Mnzawmte cooperation between the Arab League and the United Nations in the economic and social aspects.

The meeting will also discuss the unified agreement for the investment of Arab capital and the development of green belts in the Arab countries. 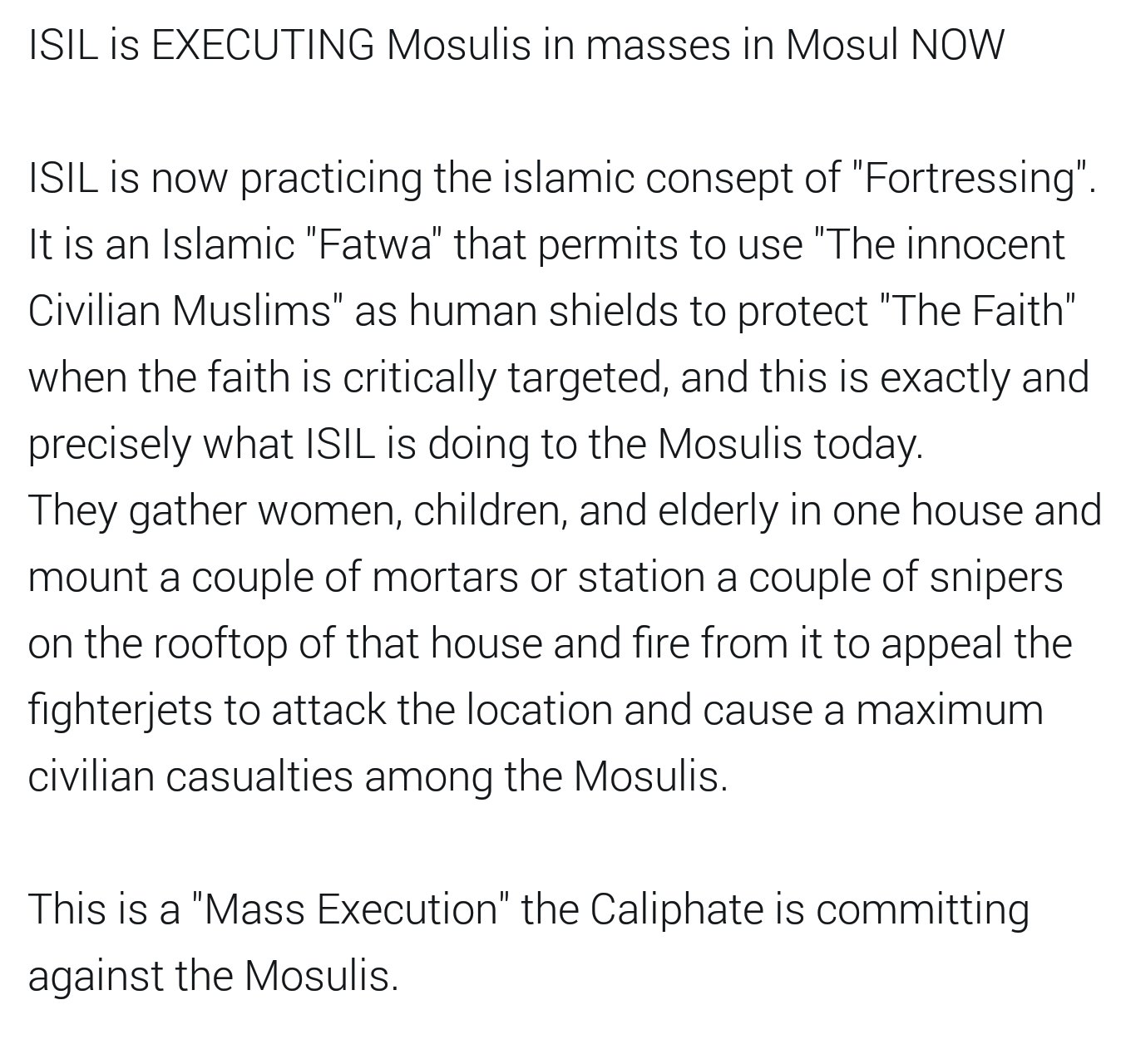 Tight security measures in #Baghdad tonight, extra security forces will be deployed in preparation for Sadrist demonstrations tomorrow 8 Am.

Prime Minister Haider al-Abadi arrived in Baghdad on Thursday from the US headquarters of Joint Operations Command.

Abadi (according to his Facebook page) briefed him on the process of liberating the right side, made contacts with the field leaders and issued a set of directives that contribute to the perpetuation of the momentum of the victories and the preservation of heroes and civilians.

#Iraq PM @HaiderAlAbadi headed straight to #Iraq Joint Operations HQ after he landed in #Baghdad coming from #US Washington DC. 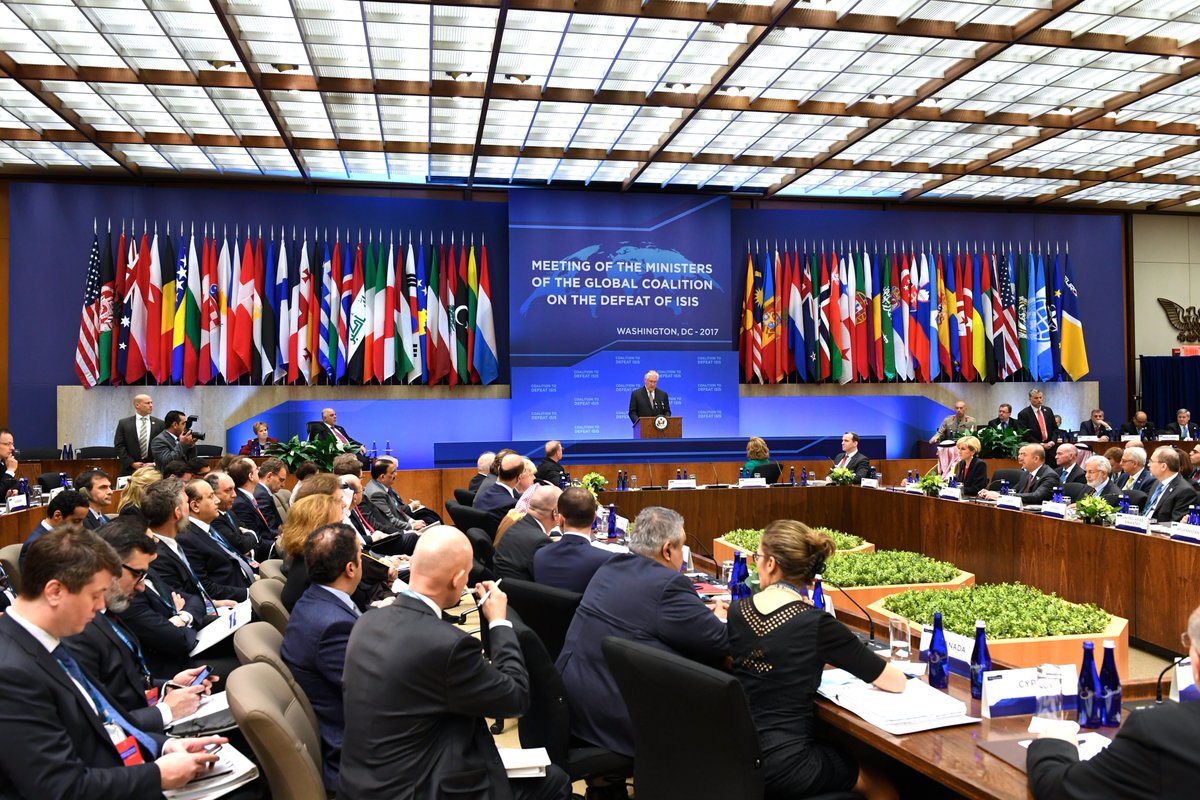