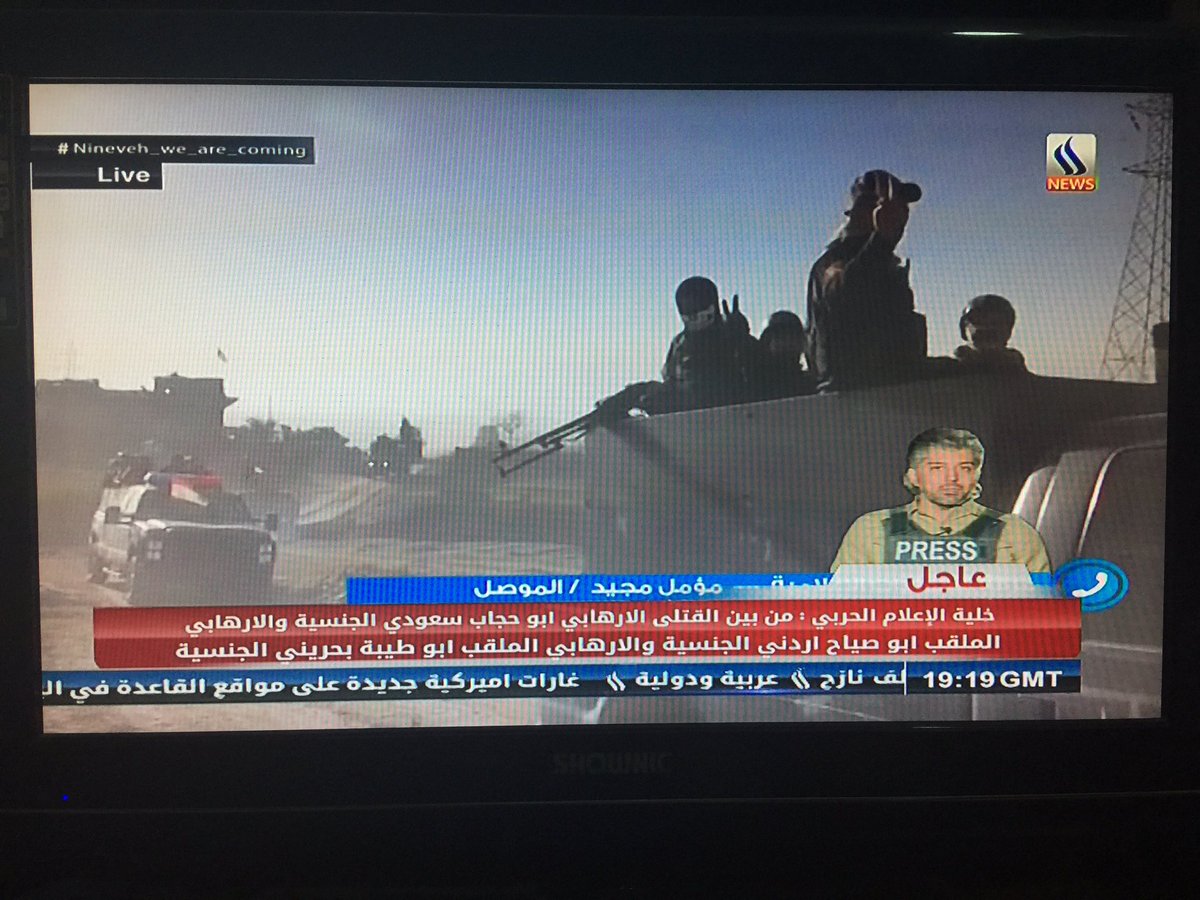 A year ago, the US identified the #Mosul-Tal ‘Afar corridor as the strongest Da’ish bastion in #Iraq. Today Iraq’s Hashd is liberating it. 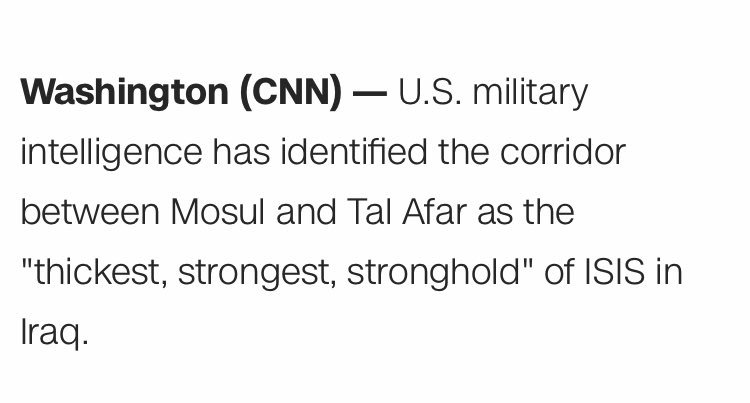 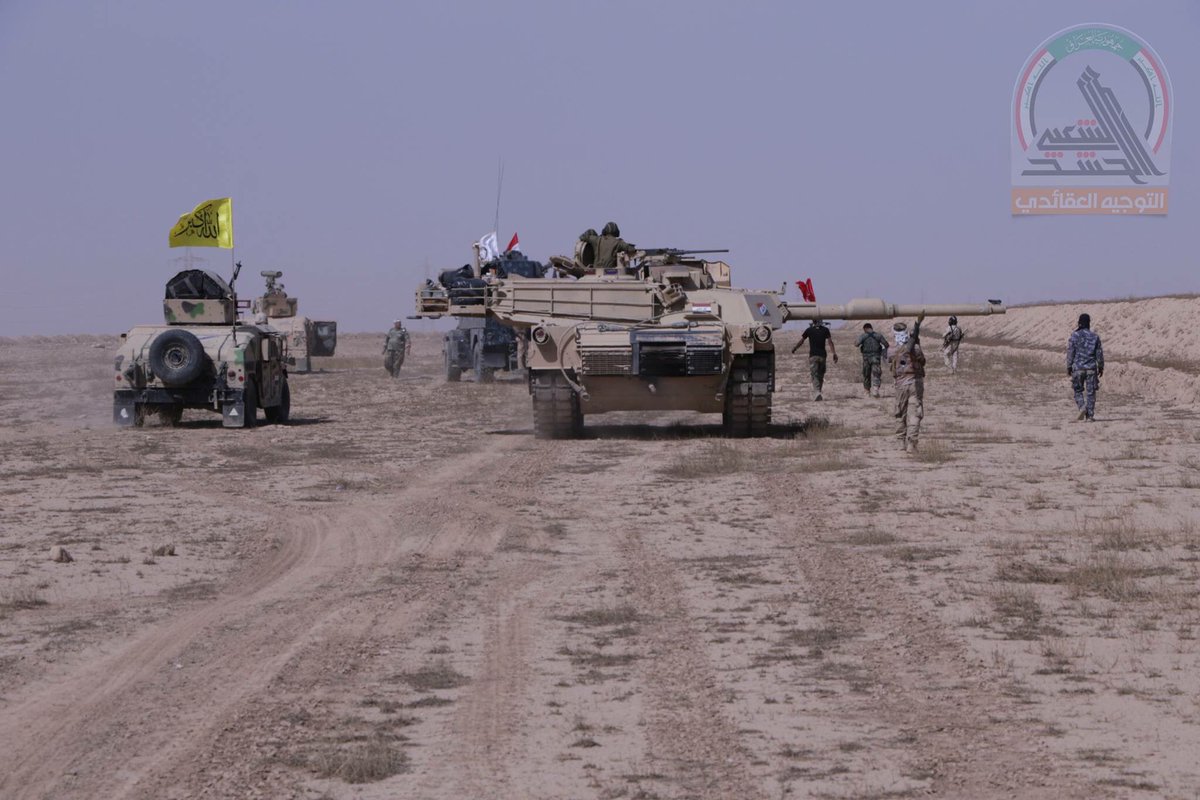 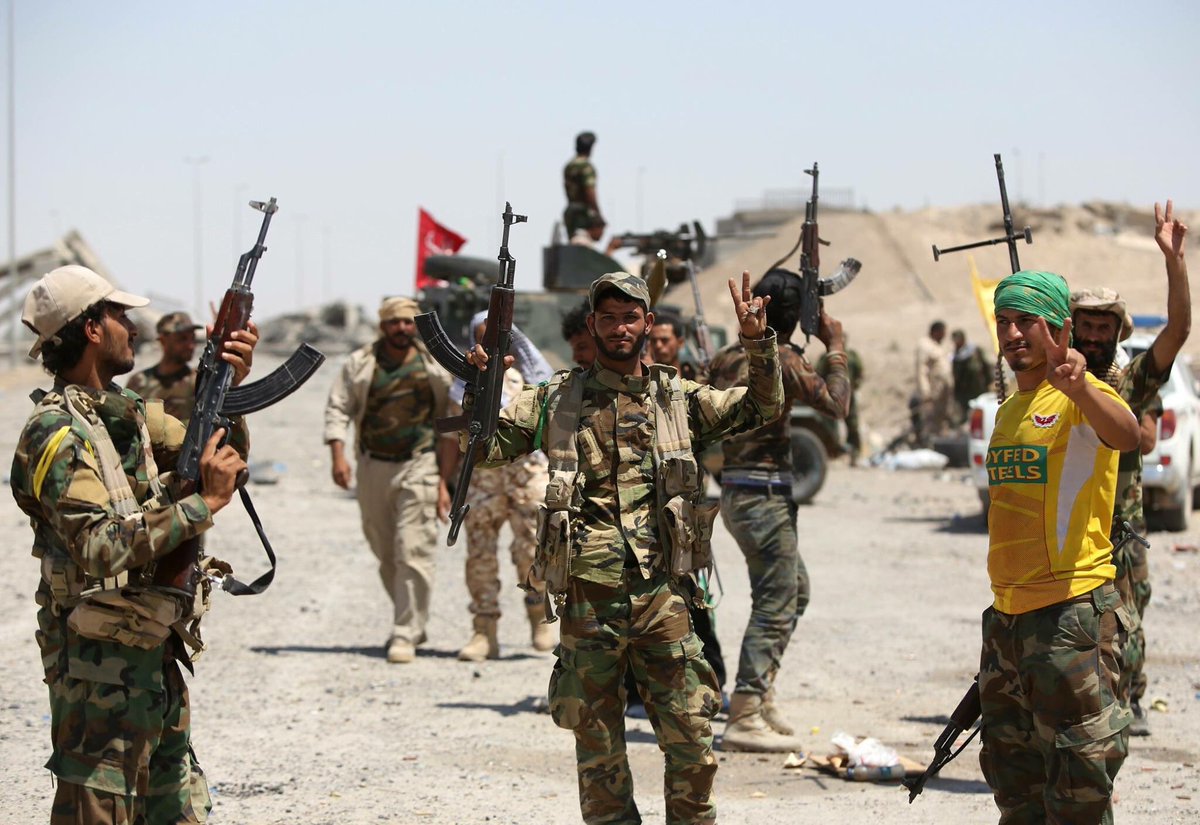 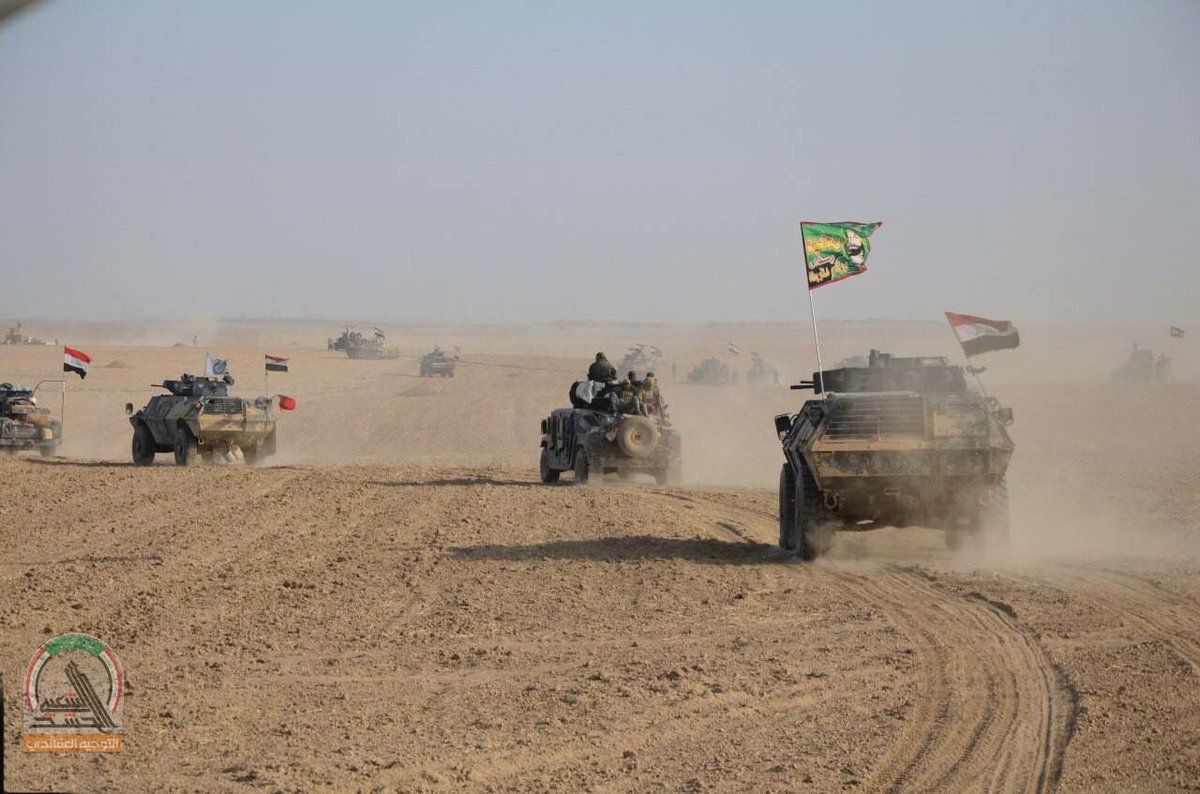 tomorrow Press:
Revealed a local source from inside the right side of Mosul on Friday the arrest of a cousin of Abu Bakr al-Baghdadi, the leader of al Daesh.
The source said, for “tomorrow’s Press,” that “the security forces managed to arrest a cousin of the leader of al Daesh Abu Bakr al-Baghdadi, in a neighborhood Jawasaq the right side of the connector.”
The source added that “the detention was in accordance with the accurate intelligence,” adding that “security forces transferred the detainee to a place it has not announced for security reasons, and to complete the investigation with him.”
The commander of the rapid reaction forces, brigade Thamer Ismail, announced on Monday, freeing the entire Jawasaq neighborhood in the right side of the city of Mosul, killing 50 of the element Daesh, stressing that the troops would shy off Aldndan and pedal.

According to a local source in Nineveh province, on Friday, that the organization “Daesh” to impose a curfew in most of the alleys of the old Mosul, which is still controlled, after finding the bodies of leadership and his son.

The source said in an interview for “Alsumaria News”, “regulation” Daesh “to impose a curfew in most of the alleys of the old Mosul after finding the body of a leading role in the regulation occupy an important position in the Office of the calculation and his son.” 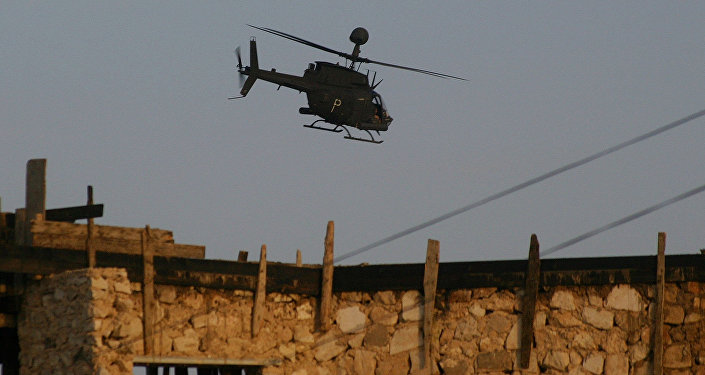 The source, who asked not to be named, said: “the alleys of the old Mosul is one of the very secured areas of the leaders and militants,” Daesh, “pointing out that” the killing of leader and his son is a violation of both the strict regulatory procedures, which began to lose his ability after the big collapse in its ranks within the right coast of the conductor. “

According to a local source in Nineveh province, on Thursday, that the so-called “Diwan mosques official in the state of Nineveh” of the organization “Daesh” killed in clashes west of Mosul.

Iraqi forces are fighting a battle on the right coast of the city of Mosul in northern Iraq, the entire organization of the “Daesh” terrorist cleared after its success in the liberation of the left coast. Declared war Media Directorate affiliated to the popular crowd, the occurrence of fierce clashes between Daesh leaders in the district of Tal Afar, west of Mosul, saying that Acbakat killed more than 70 terrorists from both sides.

Directorate indicated that the clashes have forced the organization to declare a state of emergency in Tal Afar. The sources in the army General Staff confirmed in full preparations complete, and they wait for orders to storm the judiciary and its liberation from Daesh, stressing that the sixth would be the last page.

[Oan- up]
He joined the American medics front lines of the battle of Mosul to offer their services for people in the ranks of the Iraqi forces , which is leading efforts to liberalize the right side of the city from the control of Daesh.
And it established the Organization of NYC Medics humanitarian relief , which is working to provide emergency medical services after disasters, Busev clinic in a village about 10 minutes from the battlefields in Mosul, according to the CNN network.
And despite the fact that most of the organization Volunteers have never service in areas where there is a war before, but they are working to provide urgent medical assistance to the injured soldiers with high efficiency.
Most Americans volunteer paramedics, while headed by a German doctor.
The American volunteer Jeff Evans, one of the American volunteers, said that the first thing he said an Iraqi soldier was in critical condition after he woke up from his coma , “do not want to die, I want to go and fight again.”
He explained that the reason he left his wife and child , who was only 11 years to go to a risky area, is the belief that his duty as a parent and a pair requires him to give a living example for his son in the importance of self – denial and work for others.
The organization has provided medical assistance to Nepal in the wake of an earthquake in 2015, as well as following the Fukushima nuclear reactor in Japan in 2011, and the earthquake in Haiti in 2010.