{Baghdad: Euphrates News} The head of the National Alliance, Mr. Ammar al-Hakim, on Thursday, on the need to pass legislation that contribute to the state support path.
A statement by the Office of the Prime Alliance, received by the agency {Euphrates News}, a copy of it, said Mr. Ammar al – Hakim “met with Prime Minister Haider al -Abadi, and discussed with him the results of the war on Daesh and victories achieved by the security forces and the crowd folk and tribal and Peshmerga in theright coast.”
He also discussed the “Search displaced situations and how to alleviate their suffering means possible and available and work to bring them back to their homes as soon as possible after the removal of remnants of Daesh, in addition to visits in Iraq in recent times to officials Arabs and foreigners , where is the evidence of the restoration of Iraq ‘s Arab role search.”
The Chairman of the National Alliance, that ” the coalition pasts in institutional work through the relevant committees to support the government ‘s path and develop a common vision on the crucial issues and legislation , ” stressing ” the importance of passing legislation affecting citizens and contribute to the state support paths” .bhsp what is stated in the statement. is over
http://alforatnews.com/modules/news/article.php?storyid=140070 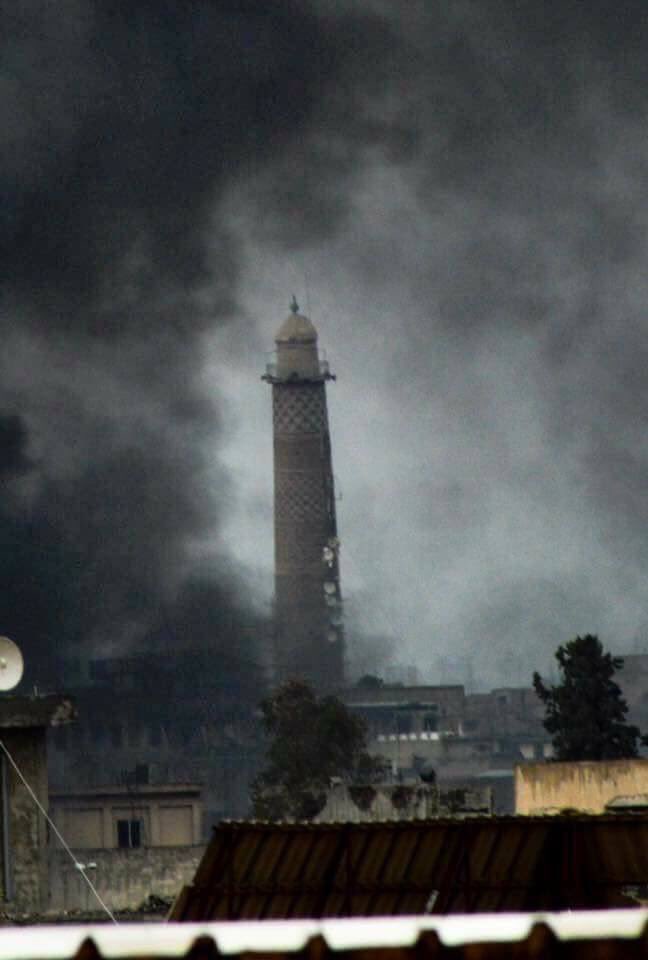 Iraqi Insurance Association revealed begin to insure their ATMs of the banks and spread throughout Iraq mechanism.

The head of the Iraqi Insurance Association Abdul Hassan Ziadi in an interview for “Economy News” that the intention of the Assembly, which includes all insurance companies operating in the Iraqi market, to start a business insurance ATM of Iraqi banks and, who is usually in public places of the departments and companies, and Malls commercial and social clubs in cooperation with the relevant banks.

Ziadi stressed that this project is considered a pioneer in the Iraqi insurance market, pointing out that he “never undertake such insurance in Iraq,” which would provide a service to citizens through a wider ATM in the markets and public places spread, which represents the phenomenon of civilization developed serve the economy.

There are in Iraq (33), an insurance company of three state-owned companies and 30 civil company. 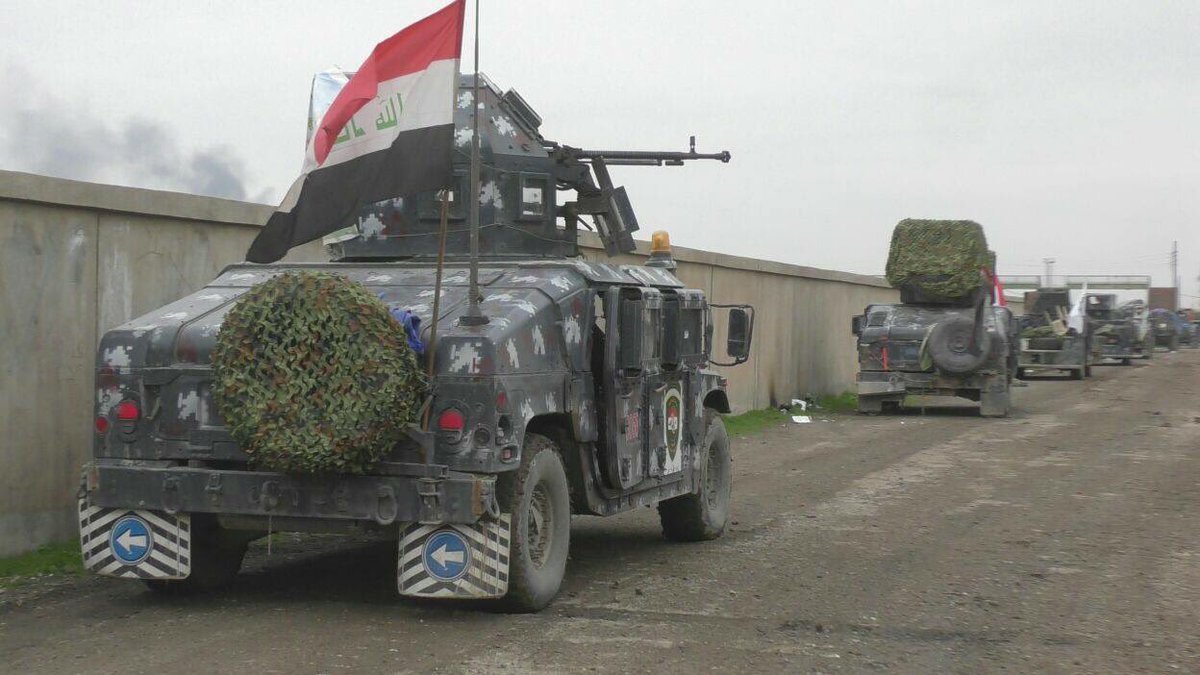 Security forces cordoned off on Thursday in the ancient city of Mosul, controlled by Daesh in an attempt to blockade the terrorists holed up inside, but progress has slowed due to car bombs and mining houses and alleys.

Army and security forces and achieved significant gains in the past few days in the battle, which began in October / October Vsitrt forces on a major bridge over the Tigris River and moved towards the Grand Mosque in the Old City, which Abu Bakr al-Baghdadi, leader of the “Daesh” terrorist him declared a state alleged succeed him year 2014.

But it is expected that the fighting is getting harder to defend terrorists from another pocket them in the city that was their stronghold in Iraq.

Quoted “Reuters” Major General Haider lion commander of an elite squad in the federal police as saying, “The forces have a plan for the siege of the ancient city and it advanced from the right and left views.”

Iraqi forces retook the common, approximately 85% of Mosul, as it continues to make to edit the rest of the neighborhoods on the right side of the Medinh.bhsp source in the Joint Operations

Forces and kept moving in the right hand side to restore the rest of the neighborhoods that are the last bastions of Daesh in Mosul.

Anti-terrorism forces and preparing to storm the district staff a day after the restoration of oil and new neighborhoods and Alogwat Mosul, said a spokesman Sabah al-Numan device.

Iraqi aircraft continued to shed hundreds of thousands of leaflets on the right coast of the conductive areas included recommendations for the people of the region, with the progress of the armed forces and its proximity to them to free them from the control of the organization Daesh.

Iraqi forces regained control in the western side of Mosul, a train station, according to a statement issued by the team Raed Jawdat federal police chief.

The station came under a lot of terrorist attacks before Daesh control of it, being a major north-south and used to transport goods from Turkey to Baghdad and Basra, according to the general director of the railway company in Iraq Salam Jaber Salloum passage.

As announced the leadership of the popular crowd forces, the liberation of hand Badush full control over the West Bank of the River Djlh.anthy 29 / D 24

Less than 2,000 militants are remaining in Mosul, according to Pentagon

MOSUL — Islamic State (IS) fighters are continually being weakened by the approaching Iraqi forces coupled with the US-led the international coalition’s aerial and armament support. They are losing their ground, said a US military official.

“I’ve never seen them so disorganized,” he added.

“You’re watching ISIS be annihilated,” Martin said, using another acronym for the IS.

Though the military operation in western Mosul was expected to be more difficult and intense, Iraqi forces were able to overcome numerous barriers, such as blockades and roadside explosives that the IS militants had placed throughout the city to slow their advance.

“They’re taking longer to react to initiatives on the battlefield,” Martin said, referring to IS militants.

According to the Pentagon, currently there are about 2,000 IS militants in the city, out of between 3,000 to 5,000 that were there when the operation began last October.

Also this week, it was announced that IS militants were surrounded, with the last road out of the city, as well as the Iron bridge connecting the east to the west having been recaptured by the Iraqi forces.

“Their morale has to be pretty low,” Martin said.

The eastern half of Mosul was declared liberated on January 24. The operation moved on to the western half on February 19. Earlier it was announced that about a third of western Mosul was recaptured from IS militants.

Khandan – The Iraqi Prime Minister Haider al – Abadi said Thursday that traces of the crime of Halabja that killed thousands of innocent Kurds in the genocide are still living witness to what he did Baath buried people.

Ebadi said in a statement commemorating the tragedy of Halabja, “recall the Palm adult day one of the former dictatorial regime which committed the crime of Halabja that killed thousands of innocent Iraqi Kurds in the genocide with chemical weapons offenses effects are still living witness to what he did Baath buried people.”

He added Abadi: “While we enjoy today freedom of a pluralistic democratic system everyone aspire to move towards building thefuture of our people in a safe country and state that protects its people participate in it, we fought a generation of terrorists and gangs that were an extension of the Baathist regime buried and won and we will promote this victory to maintain our people and defend their freedom whatever it cost us. ”

He said al – Abadi said , “compassion for those who have fallen victim to the defunct Baath regime from north to south and from our people in Halabja and will continue to shame never prosecuted those who committed this crime against our children will not only strengthen our Astzkarha unity and strength and flashlight to the principle of justice and truth.”

#Iraq‘s National Security Service are hunting down Da’ish deserters across #Mosul. Hundreds detained so far, whilst disguised as civilians. 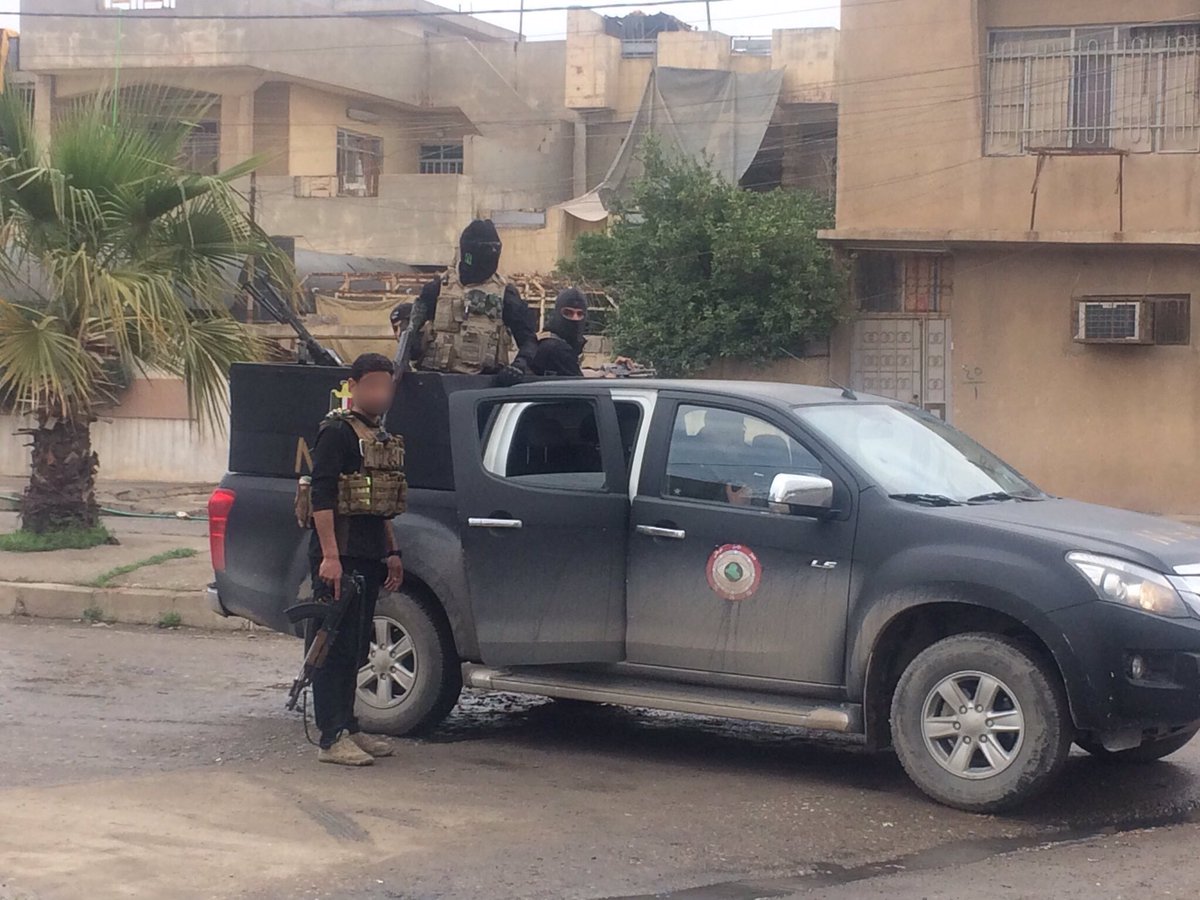 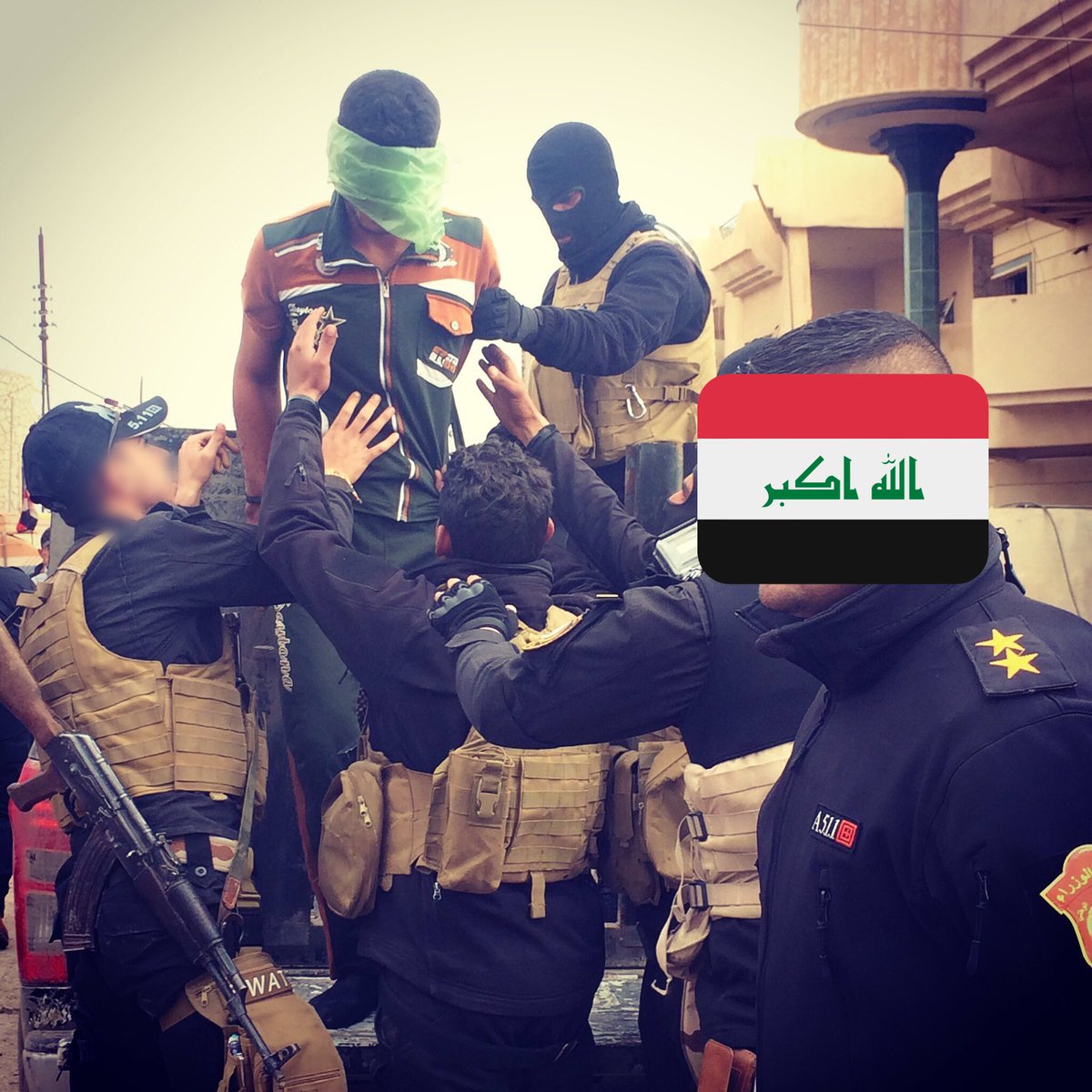