The Independent High Commission for Elections and Referendum in the Kurdistan Region on Sunday announced the final results of the parliamentary elections that took place at the end of last September.

The official final results are issued by the Kurdistan Democratic Party (KDP).

“The results of the elections have been ratified,” UNHCR chairman Hendrin Mohamed told a joint press conference with the other members of the council. “These results are subject to appeal after they were announced in the official fact sheet.”

The National Union of Kurdistan won 21 seats, the alliance “Towards reform” 5 seats, and the alliance “Sardam” or the era on 3 seats.

“The names of the most prominent winners in accordance with the final results of parliamentary elections for the province, which took place at the end of last September.

The source added that one of the most prominent winners was the Movement for Change, which won 12 seats, and the movement of the “new generation” with 8 seats.

It is scheduled to announce the Kurdistan Commission shortly after the final results of the parliamentary elections formally.

“So far, there is nothing clear from the formed team of the ministries, but there are leaks, information, expectations and analyzes, but I expect this week the government will be presented in full,” Fadat told AFP.

He added that “he was supposed to provide the cabinet cab next Saturday; but according to my information that the cabinet is almost complete agreement between Abdul-Mahdi and the political blocs, and is currently consulting with the blocks to persuade them to the candidates and then presented to parliament.”

He pointed out that “some political blocs announced not to run for any ministerial post but they were nominated for office and Abdul Mahdi is the one who determines the candidates.”

{Baghdad: Al-Furat News} In a precedent is the first of its kind since the beginning of the new political scene of Iraq in 2003, the former President Fuad Masum handed over the last term of the presidency.

A source familiar with the Euphrates News} today that “infallible left his family and his presidential palace in the area of Jadiriya, which he occupied since assuming his duties as President of the Republic of Iraq in 2014 until Friday, the nineteenth of October this year after the assumption of his successor Barham Saleh for the presidency for the next four years “He said.

Masoum and his family decided to return to their old home in Baghdad, outside the walls of the Green Zone, amid expectations that they would return to Britain where he had lived after completing his duties. He has been a British citizen for years, He quickly abandoned it as soon as he took office in August 2014.

At a time when his peers still retain their second nationality alongside Iraq. They often return to capitals that have given them their nationality as a result of losing their government positions.

To that is infallible, its moderator banned its address to the luxury and sufficiency of the President, considering those titles alien to the Iraqi society.

The former president held a solemn reception at his residence in the Peace Palace on the morning of the first day of his swearing-in before the Iraqi Council of Representatives on October 3, in the presence of the Presidency and Presidential Office. The official office of the President of the Republic and senior aides in a step embodied the peaceful exchange of power, and was the subject of praise and welcome the various official circles, political and popular. 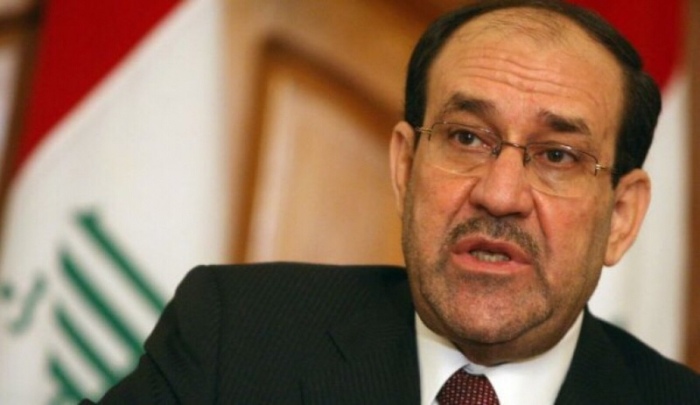 ERBIL — Iraqi Shi’ite politician and the leader of State of Law Coalition, Nouri al-Maliki, will run again for the position of vice president.

Maliki previously served in the same position after his premiership.

Abdul Ilah Naili, an official from the State of Law Coalition, confirmed the report on Friday, a few days after Maliki was said to have been retired from the same position.

Naili revealed that the political faction would also have two ministerial posts in the new cabinet led by Adil Abudl-Mahdi. 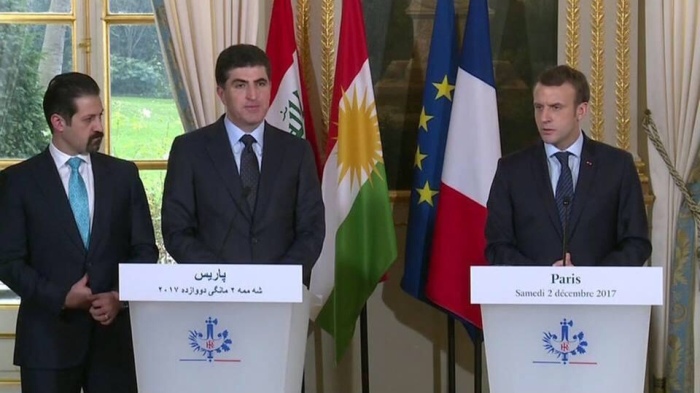 “The two sides discussed the latest developments in Iraq’s political process and the formation of the new Iraqi government,” the statement said.

The statement added that Macaron “stressed the need for the participation of all Iraqi parties, especially the Kurdish parties in the political process and in the formation of the new Iraqi government.”

For his part, Barzani said that “the Kurdistan region will participate in the political process and in the formation of the new Iraqi government,” expressing “the hope of the continuation of French relations with Iraq and the Kurdistan Region in all areas.”

The statement added that “Barzani thanked President Makron large role, after the events of October last year, to calm the situation and start a dialogue between Erbil and Baghdad to resolve the problems and break the siege that was imposed on the Kurdistan Region.”

“During the meeting, bilateral cooperation between the two countries was discussed in the future and ways of enhancing them in various fields,” a statement issued by Abdul Mahdi’s office said.

They also discussed the general situation in Iraq and the region and the importance of the international community’s support for its reconstruction.

alliance of Fatah led by Hadi al-Amiri, Saturday, stressed that the Prime Minister-designate Adel Abdul-Mahdi will submit his cabinet to the House of Representatives this week, noting that the role of the negotiating committees of the blocks is only advisory.

“On the basis of the consultations and meetings between the supporters of forming the government, we can say that the cabinet cab will be presented to the House of Representatives to give it confidence this week,” MP Hassan Shaker told Mawazine News.

“The ministerial cabin may not have been fully provided, to allow Abdulmahdi to present acceptable ministers and not to present incompetent ministers. Let us rest for days better than remorse for years,” he said.

He pointed out that “the survival of security ministers is up to the convictions of Adel Abdul Mahdi, and most of the political blocs granted him the freedom to choose candidates for ministries and has an assessment of all the ministers who have worked during the last period and based on this assessment reached the conclusion of the need for a comprehensive change to save the country.”

He continued, “The role of the negotiating committees of the political blocs to form a government” consultation only “and provide advice, the person who wants to succeed must consult with others to reach a good result.”