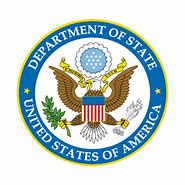 The below is attributable to Spokesperson Heather Nauert:

Deputy Secretary Sullivan reaffirmed the United States’ commitment to the growth of bilateral economic ties and expanding US investment in Iraq and underscored our enduring support for a strong, stable, sovereign, and prosperous Iraq.

The below is attributable to Spokesperson Heather Nauert:

The meeting included a discussion with visiting leadership from the General Electric Company on the importance of expanding Iraq’s economic ties and increasing foreign investment to facilitating reconstruction, specifically by harnessing the innovative capabilities of US companies.

ERBIL – Iraqi parliament speaker Mohammed al-Halbusi said on Monday that he has been put under a great political pressure after revealing that tens of ghost employees were amongst his predecessor Salim al-Jabouri’s office.

“I am under a lot of political pressure after discovering and revealing that a total of 150 ghost employees were within the office of Salim al-Jabouri, the former speaker of the parliament,” the newly elected parliament speaker said on his Twitter account on Monday.

He vowed to take every legal procedure in this regard, adding that he will launch a campaign to find more of such public servants who receive salaries but do not work.

Shafaq News / Salah al-Obeidi, a spokesman for the leader of the Sadrist movement Moqtada al-Sadr, on Monday, the files in the “corrupt Maliki’s system,” stressing the need to open and “Accountability of theft.”

“The large number of files of corruption in previous years does not mean that crimes committed against the Iraqi people are left,” he said in a statement.

He added that “of these files funds leaked by the Red Crescent before 2010 when the administration of Jamal Karbouli.”

“It is very important to open these files and hold the scourge and hold accountable the corrupt Maliki regime that returned the siphon to the country, and covered their corruption in suspicious political deals in previous years,” he said, noting that “the days are pregnant with events.”

The spokesman for the Electoral Commission for Elections and Referendum in the Kurdistan Region, Monday, announced the final results of the parliamentary elections in Kurdistan within 5 to 7 days.

UNHCR spokesman Shirwan Zerar said in a press statement that no specific time had been announced to announce the results, but he expected the commission to need 5-7 days to announce the final results.

The elections of the Kurdistan Parliament took place on the 30th of last September, has not been announced final results so far.

According to a statement by Barzani’s office, during the meeting, where the US ambassador to Iraq, Douglas Silliman, and consul general in Erbil, Steven Fagin, were also present, the US delegates congratulated the Kurdish premier on concluding the September 30 parliamentary election, as well as the fight against the Islamic State (IS) in Iraq, successfully.

The American diplomats also reiterated their country’s support to the Kurdistan Region, the statement continued, calling for a continuation of the Erbil-Baghdad peaceful dialogue in hopes of resolving the remaining political disagreements between the sides.

Concerning the underway efforts to establish a new government in Baghdad, they hoped that a new cabinet will be formed in a constitutional timeline.

The Kurdish leader, in return, briefed the US delegation with the latest Iraqi and regional political developments and the mechanism of the Kurdish factions in participating in the future federal government.

BAGHDAD (Reuters) – Justice Minister Tariq Harb said on Monday that the Administrative Court did not overturn Prime Minister Haidar al-Abadi’s decision to exempt Faleh al-Fayadh from his posts as a national security adviser, head of the Popular Struggle Organization and the National Security Apparatus.

“The court of administrative justice has not decided to exempt Fayyad from his posts at all, but the decision is frozen, not canceled, and a final decision will be issued at a later date,” Harb said.

“It is now right for Faleh al-Fayyad to return to all of his former posts, naturally, because the decision to exempt is feasible.”

“Fayyad submitted an application on Sunday (14/10/2018) to suspend the procedures of the Diwani Order issued on 30/8/2018, which included exempting him from all his duties as a national security advisor, The plaintiff is responsible for a number of security services, which leave the responsibility for the instability of these devices in the security conditions and terrorist threats, leading to future damage to the security of the country can not In the future. “

“According to the provisions of Articles 151-152 and 153 of the Civil Procedure Law, the Court and the agreement decided to suspend the implementation of the Diwani Order No. (268) on 30/8/2018, pending the conclusion of the case and notify the Health Department of the plaintiff in addition to his job With a decision that can be appealed before this court “

A delegation from the Alliance for Reform and Reconstruction on Monday headed by Ammar al-Hakim with the National Union in Sulaymaniyah, the political process in Baghdad and the file of forming the government.
The delegation will be in addition to Hakim Nassar al-Rubaie, Khalid al-Obeidi, Kazim al-Shammari, Laila al-Khafaji, Wahid al-Mulla, Dr. Ahmad al-Fatlawi and Abdullah al-Zaidi.
The delegation met with Pavel Talabani, the son of the late leader of the Union, and discussed the steps to form the next Iraqi government and the mechanism of solving problems between the Kurdistan Region and Baghdad, and stressed the importance of the meeting and strengthen relations between the parties.
According to the flags of the National Union, Hakim called on Pavel Talabani to stay in Baghdad and “have a role in the formation of the new Iraqi government, praising the former important role in the normalization of the situation between Arbil and Baghdad and strengthen the National Union.”
“We are with a strong national union and we want the party of President Mam Jalal to be at the forefront always, describing it as serving the interests of the Kurdistan region and Iraq,” Hakim said.
For his part, said Talabani, “We will continue the same policy Mam Jalal and we will maintain the unity that created between all components, calling on the political parties in the Kurdistan Region to work in Baghdad as a team and to submit a joint joint project to achieve the rights of Kurds in Baghdad.

Deputy Secretary Sullivan culminated a day of activities meeting with newly elected Iraqi Parliament Speaker Mohammad al-Halbusi. The Deputy Secretary congratulated Speaker Halbusi on his election and the importance of strengthening cooperation between the two countries. 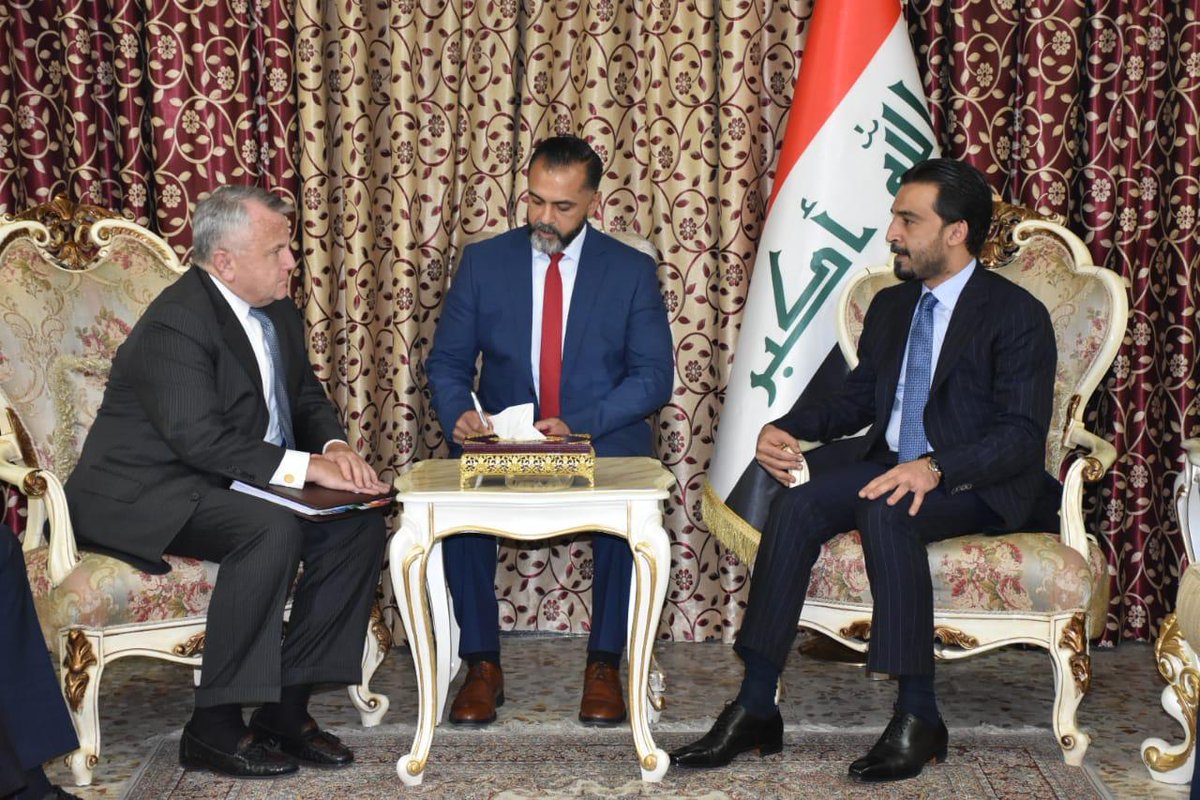