Haneen al-Qado
The leader of the Badr bloc affiliated with Al-Fateh Alliance Haneen Qaddu said on Wednesday that the Iraqi parliament should be convened before next Tuesday in order to vote for the cabinet cabal of Prime Minister-designate Adel Abdul-Mahdi.

Qadu said in a statement to the Murad that keeping the cabinet meeting open for an indefinite period and not closing it was due to the great hope that the new ministerial cab will be agreed upon for the purpose of presenting it within a few days.

The Information Office of the Prime Minister designate Adel Abdul Mahdi, said earlier Wednesday that the latter intends to submit the names of members of his ministerial group with the ministerial platform next week.

Iraq News Now
22:46
Baghdad / Al-Ghad Press:
The National Wisdom Movement announced on Wednesday that it had left the government at the disposal of Prime Minister-designate Adel Abdul-Mahdi.

“Based on our keenness on the success of the new government sought and in line with our conviction of the need to achieve full support and allow sufficient space for the sovereignty of Prime Minister designate Adel Abdul Mahdi to form his ministerial team, We hope success and success at all levels and levels. “

“We have decided to leave the option to the Prime Minister-designate and make our government entitlement at his disposal in terms of the Ministries of the National Wisdom Movement and its sites, and choose the ministries and ministers who see fit for his Cabinet, with the full support and support of the government.”

He pointed out to “give full freedom to the President-designate to act on the merits of our parliamentary bloc, as he sees fit for the government and its success.”

“We will remain supportive supporters, we hope to achieve the aspirations of the masses in this delicate circumstance of the life of our dear Iraq.”

(Baghdad: al-Furat News) President of the House of Representatives Mohamed Halabousi, in his office in Baghdad with the head of the Kurdistan Regional Government, Nechirvan Barzani, efforts to form.
“The meeting discussed extensively the efforts to form the next government and in line with the aspirations of the Iraqi people and strengthen the common relations between the center and the region.”
The Speaker of the House of Representatives stressed during the meeting “the need for active participation of the Kurdish forces in the policy of the State Administration and provide visions in the preparation of the government program.” He pointed out that “the next phase requires laying solid foundations for achieving national partnership.”
“Halabousi stressed” the need for concerted efforts to form a strong government capable of achieving political stability and improve the level of services and maintain the gains made, especially in the fight against terrorism. “
http://alforatnews.com/modules/news/article.php?storytopic=36&storyid=177809

In the framework of his visit to Baghdad, the Prime Minister of the Kurdistan Region, Najirvan Barzani, on Wednesday evening, with the charge of forming the new federal government Adel Abdul Mahdi.

During the meeting, they discussed the latest political and security developments in the region in general and in Iraq in particular, the political process and the Erbil-Baghdad talks, and stressed the continuation of talks to solve the problems within the Iraqi constitution.

On the other side of the meeting, the issue of forming a new Iraqi government was discussed, and the two sides agreed that the new government would respond to constitutional demands and rights for all components of Iraq. 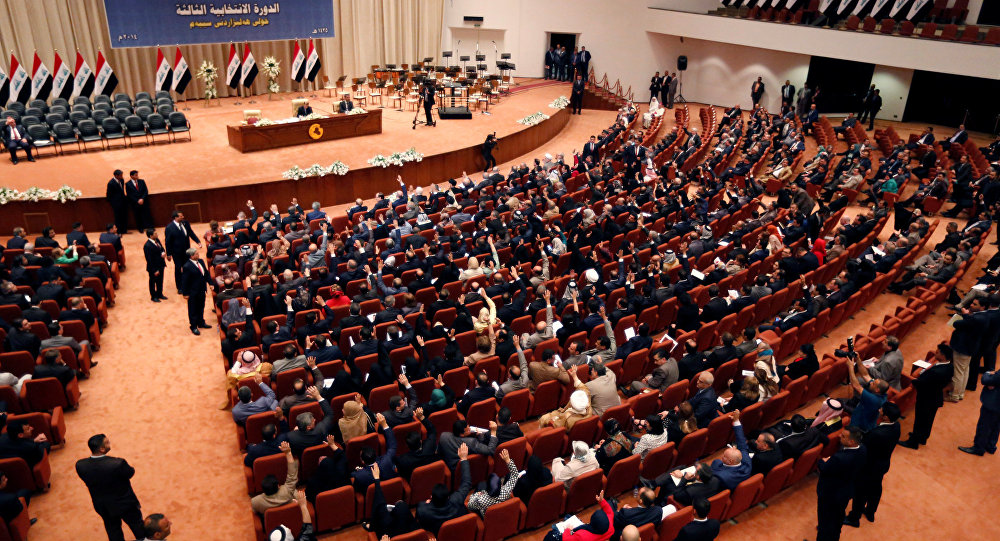 MP in the Iraqi parliament for the province of Nineveh Ahmed Jubouri, on Wednesday, that the Prime Minister-designate of the government Adel Abdul-Mahdi will submit his cabinet to parliament on Monday.

“Next Monday, Abdul-Mahdi will present his ministerial cabinet to parliament in order to vote on it,” al-Jubouri said in a statement. “What is so vague is the mechanism by which ministers, whether from parties or from outside parties, will choose the technocrats Independents “.
“I expect that if he comes to the ministerial line of technocrats, his government will not last for more than six months,” he said. “We tried with the technocrats bitter and those who came before as technocrats and independents later became part of the parties and did not provide any services to the citizens.”
He pointed out that “the solution is to come Adel Abdul Mahdi, political ministers of the parties, but do not have suspicions of corruption, and be strong able to implement the government program.”
And on the share of the Arabs “Sunnis” in the new government of ministries between Jubouri that “the year will receive two ministries of sovereignty are the Ministry of Finance instead of the Ministry of Planning in the previous government in addition to their share in the ministries of sovereign security represented in the Ministry of Defense in addition to one of the ministries of (education or education , Agriculture or water resources, industry or electricity, labor and social affairs or the Ministry of Immigration).
Iraqi Prime Minister-designate Adel Abdul-Mahdi is currently selecting ministers for the new government after being appointed by Iraqi President Barham Salih. Finished 29 / d

(Baghdad: al-Furat News) MP excluded from the alliance victory Taha defensive, the announcement of the cabinet cabaret next Saturday.
The defense told the {Euphrates News} today, “so far all the news circulating on the resolution of the Cabinet cab on Saturday is the leaks are incorrect.”
He pointed to “the existence of intensive political deliberations on the distribution of ministerial cab on the blocks as a number of ministries and not labels.”
On the resolution of the sovereign ministries, the defense said, “There is no consensus between the blocks with regard to these ministries also.”
http://alforatnews.com/modules/news/article.php?storytopic=36&storyid=177788

(Baghdad: Al-Furat News) The Information Office of the Prime Minister in charge of Adel Abdul-Mahdi announced that the latter intends to submit the names of members of his ministerial group with the ministerial platform next week.
A statement to the office received the agency {Euphrates News} copy of him that Abdul Mahdi “is being required contacts with the Presidency of Parliament and with the leaders and parliamentary blocs to determine the appropriate day, which will be announced later.”
http://alforatnews.com/modules/news/article.php?storytopic=36&storyid=177795

The coalition of Suron, on Wednesday, announced the announcement of the Cabinet Cab to Prime Minister-designate Adel Abdul-Mahdi next Saturday, indicating that the presentation of Abdul-Mahdi to the cabin on the heads of the blocks before the announcement is very likely.

The leader of the coalition MP Raed Fahmi said in a statement to the information that “semi-confirmed information indicates that the Prime Minister-designate Adel Abdul-Mahdi will announce his Cabinet and the government program next Saturday.”

Fahmy added that “the same information reported that Abdul-Mahdi will present the names of his new cabin on the heads of political blocs before the presentation of a confidence-giving session.”

He explained that “the presentation of the cab on the heads of the blocks is correct so as not to be surprised by the sudden reactions by the political parties, if presented directly in the confidence session.” Ending / 25