BAGHDAD (Reuters) – The Central Bank of Iraq (CBE) has succeeded in its fiscal policy in reducing the repercussions of the economic crisis in neighboring countries on Iraq, Iraqi Central Bank spokesman Issar Jabbar said Saturday.

Jabbar said that the reserve of the Central Bank of Iraq from foreign currency currently amounts to 60 billion dollars, and covering 170% of the size of the mass of the local currency, in addition to 89 tons of gold.

For his part, economic expert Mohammed Abdul Rahman said in his private speech (conscious) that “in 2018, the price of oil exceeded the $ 66 in the year of the year, up to now $ 85, which led to a surplus helped the state to reduce the debt And the lack of withdrawal from the assets of the Central Bank, “noting that” the strength of the balance of the Iraqi Central Bank and the stability of the currency will be reflected positively on the Iraqi economy and not affected by damage to the economy of neighboring countries.

Salih and Abdul-Mahdi are capable politicians in a nation that desperately needs that, at a time when progress seems possible.

Tuesday was a great day for Iraq. For a country whose leaders have often disappointed, two exceptional people were tapped to be the highest leaders—in what was Iraq’s fourth peaceful transition of power since 2005.

The Prime Minister’s Office in charge of Adel Abdul-Mahdi on Saturday strongly denied the transfer of news sites and pages on social networking sites on the formation of the new federal government.

“A number of websites and social networking pages attribute untrue statements in the name of the prime minister-designate, as well as fabricated information about decisions that have been taken, attributed to unknown sources,” the office said in a statement.

“The statements attributed to the sources or the existence of decisions issued by all sovereignty are completely false news and nothing has been issued about it,” the statement said.

The new President Barham Saleh had assigned Adel Abdul Mahdi in the formation of the new federal government as a candidate for settlement between the parties and political blocs winning in the elections, which failed to announce the largest bloc after the legislative elections in May.

“The UAE Crown Prince affirmed during his visit the readiness of his country to develop and expand close cooperation relations with Iraq in all fields and to serve the interests of both peoples,” the statement said.

For his part, Saleh stressed his “personal interest in developing distinguished relations and strategic joint, pointing to the depth of the bonds of historical friendship between the two peoples.”

The two sides reviewed the prospects and opportunities for cooperation and joint action between the two countries and the possibilities of strengthening it to serve the objectives of development and regional stability, and also to the international and regional developments witnessed by the region, according to the statement. 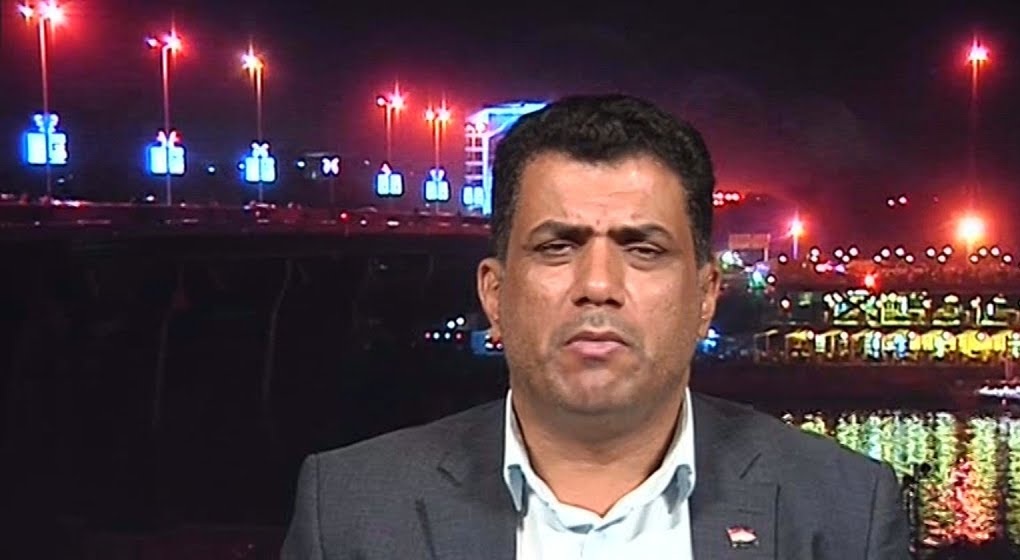 Private – Mawazin News
MP on the coalition of construction Hamid al-Musawi, Saturday, that most of the political blocs agreed to the proposal of Prime Minister-designate government Adel Abdul Mahdi, reducing cabinet cab to 15 ministries only.
Moussawi said in an interview for “Mawazine News /” “Abdul-Mahdi told the political blocs his intention to reduce the ministerial cabin from 22 to 15 bag.”
He added that “most of the political blocs agreed to the proposal,” adding that “this will be through the integration of some ministries that are similar in competence such as electricity and oil at the Ministry of Energy.”
In addition, MP Mohammed Al-Wakash, Prime Minister-designate Adel Abdul-Mahdi, called for his cabinet to be divided into 12 ministries and the selection of ministers who are firm, courageous, fair, efficient and professional.
In a statement received by Mawazine News, Al-Wakash said in a statement that “Abdul Mahdi should maintain the federal ministries and merge and abolish the non-federal ministries and reduce the ministries that have been transferred to the provinces in one ministry, namely the Ministry of Regions and Governorates, which includes general federations (for agriculture, Youth and Sports, Health and Environment, Education, Labor and Social Affairs)

(Baghdad: Al-Furat News) President Barham Salih discussed with former Speaker of Parliament Salim al-Jubouri political developments and efforts to form a government.
“Saleh praised during the meeting in his office in Baghdad, Saturday, Jubouri the democratic practice of the House of Representatives and maintain the peaceful circulation of power, praising at the same time the efforts of the House of Representatives in the previous session to strengthen the class Preserving the national gains and the democratic process, as well as evaluating and monitoring the work of the government. ”
For his part, Jubouri reiterated his congratulations and congratulations to Barham Salih on the occasion of the official receipt of the functions of the Presidency of the Republic, wishing him success in his orientation to strengthen the unity of Iraqis and protect their constitutional rights.
http://alforatnews.com/modules/news/article.php?storytopic=36&storyid=176750

The leader of the Sadrist movement Moqtada al-Sadr on Saturday, “a call composed of six points on the Prime Minister in charge of forming the new federal government , most notably keeping security posts” sensitive “in the hands of the latter.

Al-Sadr said in a statement on the platforms of social networking, “Twitter”, that the Prime Minister to remain the Ministry of Defense and Interior, but all sensitive security positions in his hand exclusively, and no right to any party and bloc to nominate one of them, the Iraqi army and police, security forces must be And loyalty to the homeland exclusively.

The leader of the Sadrist movement Moqtada al-Sadr on Saturday a call consisting of six points on the Prime Minister in charge of forming a new federal government, most notably keeping security posts “sensitive” to the latter.

“The prime minister should keep the Ministry of Defense and the Interior, but all the sensitive security posts in his hand, and no party and bloc have the right to nominate one,” Sadr said in a statement to the social media platforms. “The Iraqi army, its police, its security forces must Be loyal to the homeland exclusively. “

Private – Mawazin News
The victory coalition led by Haider Abadi, Saturday, that the latter offered him the posts of Vice President and the Ministry of Foreign Affairs, while noting that he did not know his entitlement in the cabinet cabins to come.
The MP for the victory Nada Shaker Jawdat said in an interview with “Mawazin News” that “was offered to Abadi to take up the post of Vice President or the post of Foreign Minister,” noting that “Abadi did not give his answer on taking one of these positions.”
She added that “the past period has not been discussions on the mechanism of distribution of positions in the next government and do not know our entitlement to now,” noting that “the coming period will see the discussion of electoral benefits.”

The Independent MP for the construction coalition Abbas Jabir, Saturday, that the political blocs sent the names of candidates for the ministerial posts to Prime Minister-designate Adel Abdul-Mahdi.

He said in a statement to the “Information”, “The political blocs sent their candidates to fill the ministerial posts of Prime Minister-designate Adel Abdul-Mahdi”

He added that “most of the candidates are independents and promote efficiency and integrity,” noting that “the formation of the new government will be resolved ahead of time and will be achieved by a national consensus large.”

It is noteworthy that most of the political blocs initially granted freedom of choice to the Prime Minister-designate. Ending / 25 h