Alliance revealed ‘constructive’ on Tuesday, the Federal Prime Minister Adel Abdul-Mahdi at the next meeting of the eight ministers to vote under the dome of the House of Representatives.

The coalition MP Ahmed Kanani said that according to the agreement before the lifting of the confidence-granting meeting of the government of Abdul-Mahdi, it was agreed that the Prime Minister will submit the remaining ministers in the next parliament session, corresponding to 11/6.

Stressing that Abdul Mahdi will attend the parliament in the next session to complete the composition of his government, and in the event of the arrival of Abdul Mahdi, the House of Representatives, will complete the vote on the rest of the Cabinet cab without any obstacles.

Brief Description of Call: The U.S. Department of State and the U.S. Chamber of Commerce are pleased to announce the first business mission for American companies to Baghdad, Iraq since the 2018 parliamentary elections. Delegates will have an opportunity to meet Iraqi leadership and learn about commercial and investment opportunities across a range of sectors. Please join the call to learn more about plans for the upcoming business mission and how you can participate.

I am speaking today with U.S. businesses considering working and investing in Iraq, and those interested in the @USChamber ‘s upcoming business mission to Baghdad. We are ready to explore the many opportunities. @USEmbBaghdad @USConGenErbil @USAConsulBasrah @EconAtState 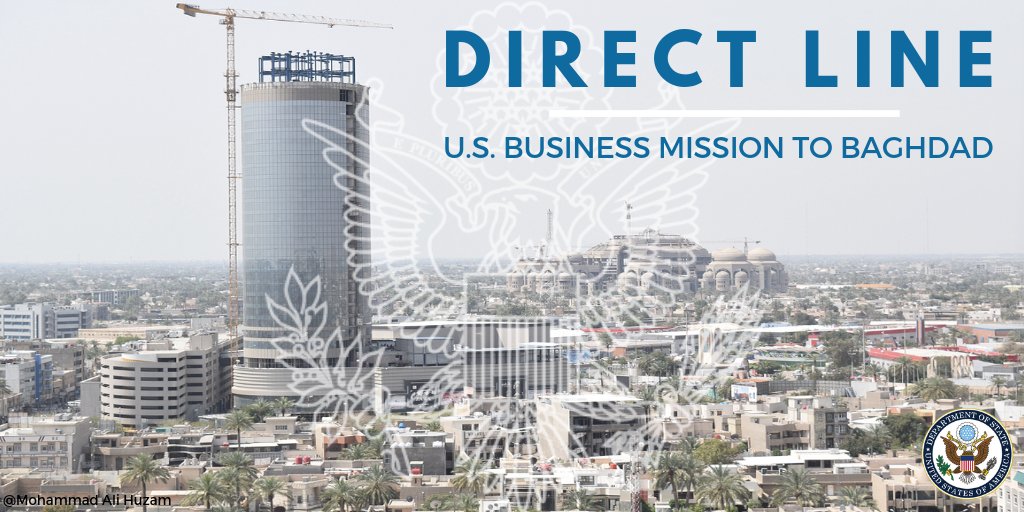 EconDiplomacy@StateVerified account @EconAtState
Announcing the 1st business mission for US companies to Baghdad, #Iraq since the 2018 parliamentary elections! Join @StateDept Deputy Secretary John Sullivan, @USAmbIraq & @USChamber on Oct 30 for a preview & learn how you can participate. Register…
3:53 AM – 30 Oct 2018

Announcing the 1st business mission for US companies to Baghdad, #Iraq since the 2018 parliamentary elections! Join @StateDept Deputy Secretary John Sullivan, @USAmbIraq & @USChamber on Oct 30 for a preview & learn how you can participate. Register here→ http://go.usa.gov/xPUek 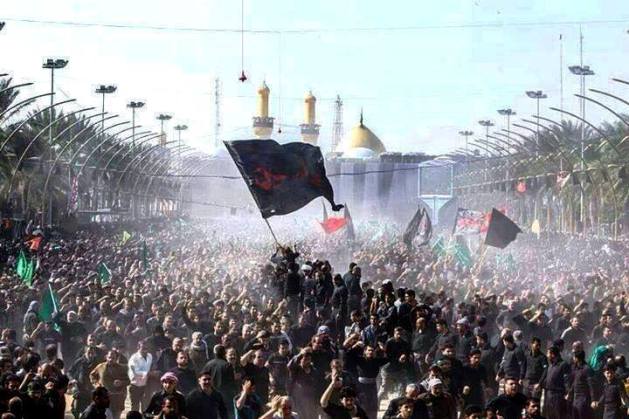 BAGHDAD (Reuters) –
The Karbala provincial council announced on Tuesday the extension of the visit to the shrine of Imam Hussein, as a result of the momentum of visitors in the province, and to enable processions to complete their work by lifting their equipment.
“On Wednesday, October 31, it is part of the holiday of the visit of Imam Hussein, peace be upon him,” said Nassif Jassem al-Khattabi, head of the council, in a statement received by Mawazine News.
Al-Khattabi added that “the decision was made to enable the Husseinia processions and the holy people of Karbala to complete their work by lifting their equipment and taking a rest day after providing services to the visitors for two consecutive weeks and also to enable service departments to complete the cleaning of the city and its surroundings.”
Millions of visitors from all over the world celebrated Tuesday the 40th anniversary of Imam Hussein (peace be upon him), which falls on Monday 20 February in the holy city of Karbala.
Where he held a ceremony of condolence and reading the heritage of Husseiniya and participate in the march of millions and movement towards the shrine of the martyr of martyrs and his family and his companions (peace be upon them) on foot from the city of Najaf and other Iraqi cities.
On the roads to Karbala, Iraqis and others hold thousands of popular processions to provide various types of services and food to all participants in the 40th visit.

The leader of the Kurdistan Democratic Party (KDP), Massoud Barzani, met Tuesday with a delegation from Sadr Alliance, backed by Sadr’s leader Moqtada al-Sadr, to discuss the disputed territories.

“The leader of the Kurdistan Democratic Party (KDP), Massoud Barzani, met today at his residence at the Salah al-Din resort in Erbil, a delegation including Saad Assem al-Janabi and Jassim al-Hilfi,” the statement said.

The statement added that “the two sides discussed the political situation in Iraq, the formation of the new government and the situation of Kirkuk and disputed areas.”

Both sides stressed, according to the statement, the need to “normalize the situation in the province of Kirkuk.”

(Baghdad: Al-Furat News} revealed the Ministry of Finance, details of the draft federal budget law for the year 2019.
“The next year’s budget will provide many jobs as it supports the implementation of projects in the productive sectors,” Deputy Minister Maher Hammad said in a press statement.
He added that “the budget of 2019, which was sent to the Parliament is a social service budget taking into account the interests and needs of citizens,” noting that “the budget has seen an increase in spending on the sectors of the network of social protection and health and infrastructure as well as provincial development projects.”
“The budget will provide many jobs through the movement of owners and projects that will be implemented in multiple productive sectors.”
It is noteworthy that the budget of 2019 sent by the Council of Ministers to the House of Representatives a few days ago, I adopted 56 dollars per barrel and a daily export of 3.880 million barrels.
http://alforatnews.com/modules/news/article.php?storytopic=37&storyid=178773