{Political: Al Furat News} The Electoral Commission announced that the final results of the parliamentary elections will be announced soon.

A member of the media team of the Commission said that the agency received {Euphrates News}, that “six appeals changed some results, and we are waiting for the results of the rest of the appeals, but the announcement of the final results will not exceed this week.”
He pointed out, “The stations are reopened by order of the judiciary in the counting and sorting center, and tomorrow we will issue a clarification statement on that.”

Shafaq News/ The leader of the Sadrist movement, Muqtada al-Sadr, announced on Sunday his refusal to interfere in the work of the electoral and judiciary commission in the country, hours after the leader of the “Al-Fateh” coalition Hadi al-Amiri announced that he presented what he described as evidence to the Federal Court to cancel the election results.

Al-Sadr said in a statement, “As we announce the integrity of the work of the Independent Electoral Commission and the accuracy of its professionalism in every detail of its work, we refuse to interfere in its work on the one hand, and we affirm the safety of its members and affiliates on the other.”

He added, “We also condemn and denounce all the political and security pressures that the Commission is subjected to from the first day of its work to this day. Rather, I stand in reverence and respect for its professional and impartial positions. I can only thank all its members, especially the brother Judge Jalil Adnan Khalaf.”

Al-Sadr said, “Also, we should not interfere in the work of the judiciary and the court and in its ratification of the results that some want to change in order to be able to keep pace with (the largest bloc) so that they can disrupt (the majority government) that they resented the signs of its brilliance.”

In the elections, the Sadrist movement won more than 70 seats in the House of Representatives out of 329, on the other hand, the Al-Fateh coalition declined, as it won only 15 seats after winning the previous elections of 2018 with 48 seats and ranked second.

Muqtada al-Sadr earlier set 5 conditions for the participation of the losing blocs in the elections in forming the government, the most important of which is the dissolution of all armed factions, and the liquidation of the Popular Mobilization, whom he described as undisciplined elements.

Baghdad – Mawazine News
The UN Security Council is scheduled to hold, next Tuesday, a special session dealing with developments in the situation in Iraq.
The United Nations mission, UNAMI, said in a statement, “The Special Representative of the Secretary-General of the United Nations in Iraq, Jeanine Hennis-Plasschaert, will provide a briefing on developments in Iraq and the United Nations Assistance Mission for Iraq (UNAMI).”
And she added, “The session will be held starting at 10:00 in the morning, New York time (6:00 in the evening, Baghdad time). Ended 29 / h

Baghdad / Obelisk: The leader of the Progress Alliance, Adly Muhammad, said on Sunday, November 21, 2021, that there are real understandings between the leader of Advance Muhammad al-Halbousi and the leader of the Azm Alliance Khamis al-Khanjar about forming a unified Sunni alliance in the new parliament.

In a statement to Arab satellite channels, which was followed by the obelisk, Muhammad said that the tendency of the dagger to the coordination framework (the Shiite alliance that rejects the election results) is the most prominent thing that impedes the agreement once and for all and its official announcement.

Muhammad suggested that the remaining blocs, alliances and Sunni representatives would join this alliance and form a Sunni house that is the strongest and largest since 2003.

He added that there was an agreement on Al-Halbousi assuming the leadership of the Sunni House, especially since the latter considered his coalition the largest in the number of seats among the Sunnis.

He concluded his speech by saying that the upcoming coalition will increase the number of its seats in the new parliament to 68.

According to the preliminary results of the Iraqi elections, a coalition led by al-Halbousi came second by winning 38 seats, while the second largest Sunni coalition won 15 seats. The Sadrist bloc affiliated with the leader of the Sadrist movement, Muqtada al-Sadr, came at the forefront of the winners with 73 seats out of 329. 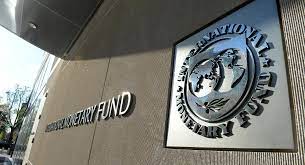 Baghdad, November 21 (Petra) – The Iraqi media published today, Sunday, that Iraq will achieve remarkable and unprecedented growth in the region.
According to the International Monetary Fund, Iraq will achieve economic growth for the year 2021 by 3.6 percent.
It is noteworthy that Iraq’s annual budget depends on oil imports by 95 percent, and the rest is from border customs imports.
–(Petra)
FB/M F/MK 11/21/2021 16:31:12

Shafaq News/ An informed political source revealed, on Sunday, a move by the Sadrist movement to gather 180 seats in the Iraqi parliament to form the next government.

The source told Shafaq News Agency, “The negotiating delegation of the Sadrist movement moved the Kurdish and Sunni parties to collect 180 seats in the House of Representatives in preparation for the formation of a national majority government in the next stage.”

He added that “the Sadrist movement now has 75 seats instead of 73, in addition to the fact that there are five independent candidates close to the movement, bringing the total number of their seats to 80.”

The source added, “The Kurdish Democratic Parties and the Patriotic Union own up to 50 seats, while the Progress Party, along with the independents close to it, have up to 40 seats in the next parliament,” noting that “there are 10 deputies from the coordinating framework that may join this movement during the coming period.”

The source explained, “The Sadrists now own up to 180 seats, and this is a prelude to the formation of a national majority government,” stressing that “this move and the new alliance led by the Sadrist movement will be announced after the Federal Court ratifies the election results.”

Today, Sunday, the Independent High Electoral Commission set the date for announcing the final results of the elections, while noting that the appeals strongly affected the results.
A member of the media team of the commission, Imad Jamil Mohsen, told the Iraqi News Agency (INA), that “the commission is ready to announce the results after the judiciary has decided on all appeals,” noting that “it is hoped that the final results will be announced within two days.”
He explained, “The appeals had a strong impact on the results, as the stations canceled by the judiciary changed the number of seats, except for the final results, which are not resolved until they are announced.”
He added, “The Federal Court ratifies the names of the winners of the elections, and the judiciary approves the appeals and considers them final,” noting that “the Commission will announce the results after their completion, and the names of the winners of Parliament seats will be submitted to the Federal Court for approva

On Sunday, Foreign Minister Fouad Hussein discussed with his Greek counterpart Nikos Dendias bilateral relations and ways to enhance them.

The Ministry of Foreign Affairs said in a statement that Nass received a copy of it (November 21, 2021), that “Minister Fouad Hussein met with Greek Foreign Minister Nikos Dendias, and the meeting discussed the distinguished bilateral relations between the two countries, ways to strengthen them, and the importance of bridging cooperation by creating opportunities It will fulfill the aspirations of the two friendly peoples.”

According to the statement, “the minister talked about the latest political situation in Iraq, the latest of which was the elections, and how the electoral commission dealt with the objections, and it is expected that the final results will be announced in the next few days, to begin the political movement towards forming the new government.”

The Minister of Foreign Affairs also addressed “the issue of Iraqi migrants stranded in Belarus, and the government’s efforts to provide support and assistance to them, and to return them by conducting voluntary return flights to Baghdad, stressing the need to depoliticize this humanitarian file.”

This meeting came “on the sidelines of the Manama Dialogue 17 meetings, which are taking place in the Bahraini capital, Manama.”

For his part, Greek Foreign Minister Dendias expressed “his country’s interest in strengthening relations between Baghdad and Athens in light of what both countries have in common historical and culturally solid.”

US Defense Secretary Lloyd Austin set, during a meeting with Iraqi Defense Minister Juma Inad Saadoun al-Jubouri, the date for the end of the US military mission in Iraq.
According to a statement by the official spokesman for the US Department of Defense, John Kerry, Austin confirmed that “the US military mission in Iraq will end before the end of this year,” noting that “the survival of US forces in Iraq will be at the invitation of the Iraqi government to support the Iraqi security forces.”
According to Kerry’s statement, Austin stressed that “the United States will honor the commitments it made in July 2021, including the absence of US forces to conduct combat missions in Iraq by the end of the year.”
The Pentagon spokesperson also indicated that “the two sides discussed the next phase of the US military mission in Iraq, which will focus on “advising, assisting and exchanging intelligence” as part of the anti-ISIS campaign.”
Austin condemned the recent attempt to attack the residence of Iraqi Prime Minister Mustafa Al-Kazemi, expressing his hope that “the process of forming the new government for the Arab country will proceed peacefully.”
The meeting between the heads of the US and Iraqi defense ministries came on the sidelines of the annual Manama International Dialogue Conference on regional security in Bahrain.
On July 26, the US State Department indicated, in a joint statement with the Iraqi side, that Washington intends to end the country’s participation in military operations in Iraq by December 31, 2021.
On the same day, US President Joe Biden said that more US-Iraqi cooperation should include education and training of Baghdad forces. Ended 29/b88

{Economic: Al Furat News} The International Monetary Fund expected that Iraq will achieve the highest economic growth among the Gulf countries during the year 2021.

The fund said in its schedule that “it is expected that Iraq will achieve economic growth for the year 2021 that is higher than the rest of the oil-rich Gulf countries, by 3.6%.”