The two sides discussed developments in the political scene in Iraq and the region, the results of the recent parliamentary elections, and bilateral relations between the two countries.

Al-Hakim reiterated the necessity of taking all measures and steps by the Independent High Commission for Elections and the Judiciary, which would enhance the confidence of the citizen and the political forces in the electoral process in a way that contributes to its transparency and reflects a positive image of democracy in Iraq.

He called on the opposition political forces to adopt peaceful and legal methods in claiming their rights, stressing the importance of the upcoming Iraqi government being responsive to the aspirations of the Iraqi citizen and leading the country towards stability and prosperity by achieving comprehensive development.

Al-Hakim reiterated his position on the necessity of starting from the constant national interest in Iraq’s relations with the countries of the world and strengthening bilateral relations between Iraq and the United States of America, especially in the economic and service aspects, stressing the importance of dialogue as a more effective method for solving all problems and dismantling crises in the region./End 3

The Paris Agreement is the first international agreement to combat climate change in the world, which aims to avoid dangerously high temperatures.

194 countries signed the Paris Climate Agreement, which was adopted in Paris at the conclusion of the climate summit on 12 December 2015.

The Paris Agreement aims to significantly reduce global greenhouse gas emissions, limit the global temperature increase in this century to less than two degrees Celsius, and intensify efforts to reduce it to 1.5 degrees Celsius.

This imposes a severe reduction in greenhouse gas emissions by taking measures to reduce energy consumption, investing in alternative energies and reforestation.

Many countries, especially those on islands that are threatened by sea level rise, assert that they will be in danger if the global temperature rise exceeds 1.5 degrees Celsius.

One of the most important measures of the agreement is to put in place a mechanism for a five-year review of the national pledges, which remain optional. The first mandatory review will take place in 2025 and subsequent reviews should see “progress”.

It requires developed countries to make greater contributions to reducing emissions, while developing countries must “continue to improve their efforts” to address global warming “in light of their national conditions.”

The agreement requires rich countries to provide $100 billion annually, starting in 2020, to developing and poor countries, to help them finance the choice of alternative energies and renewable energy.

The developing countries also demanded in the text of the agreement that the amount of 100 billion dollars annually is only a “minimum.”

A new goal will be proposed in 2025, and developed countries refuse to pay aid alone, and demand that countries such as China, South Korea, Singapore and the oil-rich countries contribute.

Shafaq News/ The Kurdish forces are waiting to gather the diaspora of their Shiite counterparts and agree between these forces to nominate a candidate to head the new Iraqi government, to enter into negotiations to form that government and distribute its portfolios according to political custom and electoral merit.

Adviser to the President of the Kurdistan Democratic Party, Masoud Haider, told Shafaq News Agency, “The Kurds are waiting for what the Shiite understandings will lead to, as we cannot ditch with one of the parties inside the Shiite house, as the alignment with one of the parties (the Sadrist bloc led by Muqtada al-Sadr, the coordination framework led by the Prime Minister) Former Nuri al-Maliki) may complicate problems, and we think it is better for the brothers within the Shiite house to reach a consensus in forming the government, and then there will be a role for the other parties regarding the form of the government, whether the Kurdish or Sunni component.

He adds, “The Kurds are in contact with everyone and there are common visions, whether from the brothers in the Sadrist movement or from the rule of law, but we are waiting for the Shiite understanding so that a Kurdish delegation can be named for understanding with the party that will form the government.”

And about the possibility of the Kurds intervening as a mediator to bring the views of the Shiite poles closer (Al-Sadr Movement – State of Law), Haider explained, “We have contact with all parties to reach understandings.”

Regarding the Kurds’ electoral entitlement, he said, “According to political custom, the three presidencies are divided among the winning components and the Presidency of the Republic from the Kurds’ share, and the other understandings remain with one of the sovereign ministries that are included in the electoral benefits, and all of this remains subject to resolving the election results and appeals by the Federal Court.”

In addition, the former MP and a member of the Kurdistan Democratic Party, Muhammad Shaker, told Shafaq News Agency, “The Kurds are with any bloc or party that supports the constitutional rights of the Kurdistan Region and we will be with it, and therefore we deal with the Shiite parties that win the largest number of seats at the same distance, and therefore our understandings and alliances depend on the party that grants The Kurds have full constitutional rights, including our entitlement to the federal budget as well as the Sinjar Agreement, as well as Kirkuk and the rest of the disputed areas, in addition to strengthening the principles of partnership and balance in the management of institutions and consensus within Parliament.

Regarding the nomination of the President of the Republic, Shakir said, “According to the results of the elections, the Democratic Party has more seats and the Presidency of the Republic is within its electoral entitlement, but it may be granted to the Patriotic Union of Kurdistan according to certain understandings, as well as the four ministries, including a sovereign ministry, and all of this is subject to future consensus and understandings.”

Baghdad – Mawazine News
Foreign Minister Fouad Hussein participated in the 26th Conference of the Parties to the United Nations Framework Convention on Climate Change “COP26”, which is being held in Glasgow, Scotland, with the participation of delegations representing about 200 countries, to discuss ways to reduce emissions by 2030. And help improve life.
And the Ministry of Foreign Affairs stated, in a statement received by Mawazine News, a copy of it, that “the members of the Iraqi delegation are scheduled to participate in several technical committees, which are related to joint work together to confront climate changes that the countries of the region face in the context of the threats emanating from the global heat.”
She added, “Foreign Minister Fouad Hussein discussed with French President Emmanuel Macron, on the sidelines of the conference, regional and international developments, the development of bilateral relations and ways to strengthen them towards more joint bilateral cooperation to serve the common interests of the two peoples. The Minister touched on the electoral process that took place in Iraq and its course.” And its results,” adding that “it was also referred to during the meeting about the conditions for rebuilding in Mosul.”
The Foreign Ministry pointed out that “in another meeting, Foreign Minister Fouad Hussein met with British Minister of State for Middle East and North African Affairs James Cleverley, ways to improve bilateral relations between the two countries, and the importance of consultation on issues of common concern.”
And she indicated that the two sides also discussed “the developments of the political situation in Iraq, and the legislative elections in Iraq.” The two ministers also discussed “a number of regional and international issues of common interest.”
For his part, Cleverly affirmed the United Kingdom’s support for Iraq politically and economically, and its desire to develop relations with Iraq at all levels. Ended 29/A 4

On Tuesday, the Kurdistan government announced that it had received from Baghdad the salaries of the region’s employees, along with compensation for those affected by the floods.

This came according to what was published by the regional government spokesman, Jutiar Adel, on social media platforms and followed by “Mawazine News”, stressing that Baghdad also decided to send three billion dinars to compensate those affected by the torrential torrents that swept over the past few days in Erbil Governorate.
Earlier in the day, the Kurdistan Regional Government attributed the reason for the delay in distributing salaries to most public sector workers to a problem in collecting internal financial revenues in the region, in addition to the lack of funds allocated by the federal government to finance these salaries, amounting to 200 billion dinars per month. . Ended 29/R77 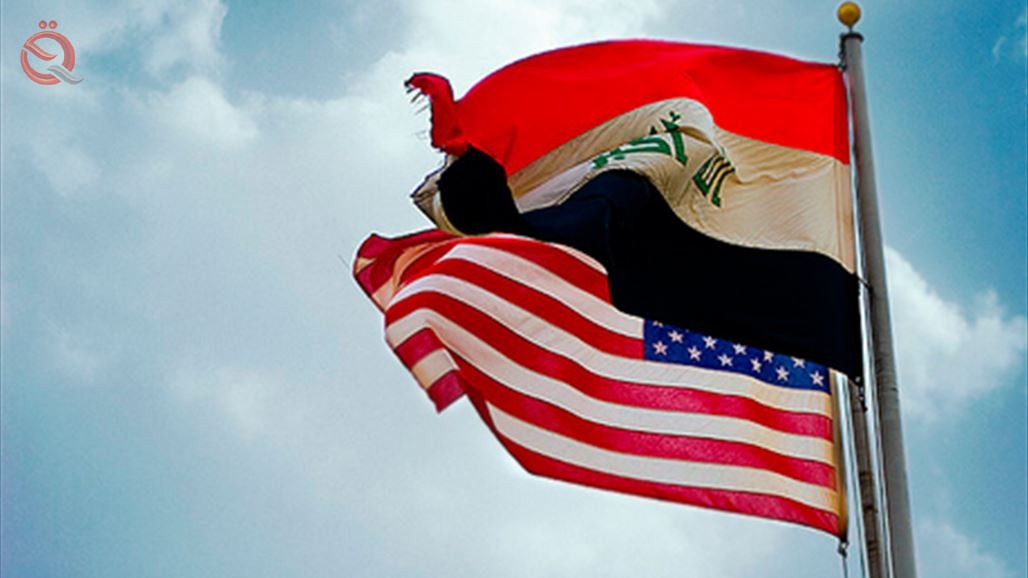 The United States Agency for International Development (USAID) announced, on Tuesday, the provision of an additional $3 million in urgent assistance against the Corona virus to Iraq.

And the agency stated in a statement seen by “Al-Iqtisad News”, that its contribution will help in discovering and diagnosing Corona injuries better, reducing its cases and deaths resulting from it, and increasing access to vaccines for Iraqis on a large scale, including adding up to 800 new sites for vaccination against Corona to also include regions Which is witnessing humanitarian challenges, as is the case in the camps that shelter refugees and internally displaced people.

Shafaq News/ The investment bank “Bank of America” ​​expects oil prices to rise in the middle of next year to $120 a barrel.

And the agency “Bloomberg” quoted the US Bank as saying that the global energy crisis led to a sharp rise in gas and coal prices around the world, which contributes to a rapid recovery in oil futures prices.

Increased demand for gasoline, diesel and jet fuel, along with constraints on refining capacity, is also accelerating the rise in oil prices in 2022, according to the bank.

The bank added for comparison, oil prices are currently trading at the level of $85 a barrel, and this is accompanied by an increase in demand for black gold.

Shafaq News/ A source close to the religious authority in Najaf revealed, on Tuesday, that there is a move from Al-Sistani’s office to heal the rift between Shiite forces left by the results of the parliamentary elections.

The leader of the Sadrist movement, Muqtada al-Sadr, announced on Sunday (October 31 last) his intention to form a national majority government, while indicating that he had no disagreement with other political blocs, except for “the issue of internal and external reform.”

The major Shiite forces suffered a big loss in the parliamentary elections that were held on the tenth of last October.

The source told Shafak News Agency; That Muhammad Reda al-Sistani, son of the supreme Shiite reference, is moving to unify positions between the coordination framework and the Sadrist movement.

The source indicated; He indicated that the goal of the younger Sistani’s movements is to choose an agreed prime minister in the Shiite house, and then go to negotiate with the Kurds and Sunnis, pointing out that these Sistani moves are made through Muhammad Rida directly and through his representatives.

In this regard, the coordinating framework (which includes Shiite political forces) revealed the intervention of senior clerics to gather the Shiite house after disagreements over the results of the early parliamentary elections.

The leader of the State of Law coalition, Jassem al-Bayati, one of the most prominent framework forces, told Shafaq News Agency, “There is an intervention by senior clerics and scholars with the aim of gathering the Shiite house with the participation of the Sadrists, the coordination framework and the independents, to choose a prime minister agreed upon by the Shiite house consensus.”