Flags of Iraq and the Kurdistan Region (File)

SULAIMANI — A negotiating delegation representing the Kurdistan Regional Government (KRG) will travel to Baghdad on Monday (February 22) to continue talks with federal officials in an attempt to finalize an agreement about the draft 2021 Federal Budget Law.

According to media outlets affiliated with the Patriotic Union of Kurdistan (PUK), KRG Deputy Prime Minister Qubad Talabani will lead the delegation once again.

On Sunday night, member of the Council of Representatives Musana Amin told NRT’s Tawtwe interview program that Erbil and Baghdad have not reached an agreement yet and that Iraqi Prime Minister Mustafa al-Kadhimi does not have the power to send salaries for the Region’s public servants on his own.

A vote on the legislation is expected later this week.

A major sticking point has been over how much oil the KRG will send to Iraq’s oil marketer SOMO. In the past, Erbil has agreed to send oil, but reneged on that commitment, leading to a lack of trust between the two sides.

On February 10, KRG Prime Minister Masrour Barzani said that his government is not ready to hand over total control over the Kurdistan Region’s oil production to the federal government, saying such a demand was “unconstitutional.”

He said that the Region is ready to hand over 250,000 barrels of oil per day and half of the its non-oil income or their cash equivalents to the federal government in return for securing the “Region’s financial entitlement.” 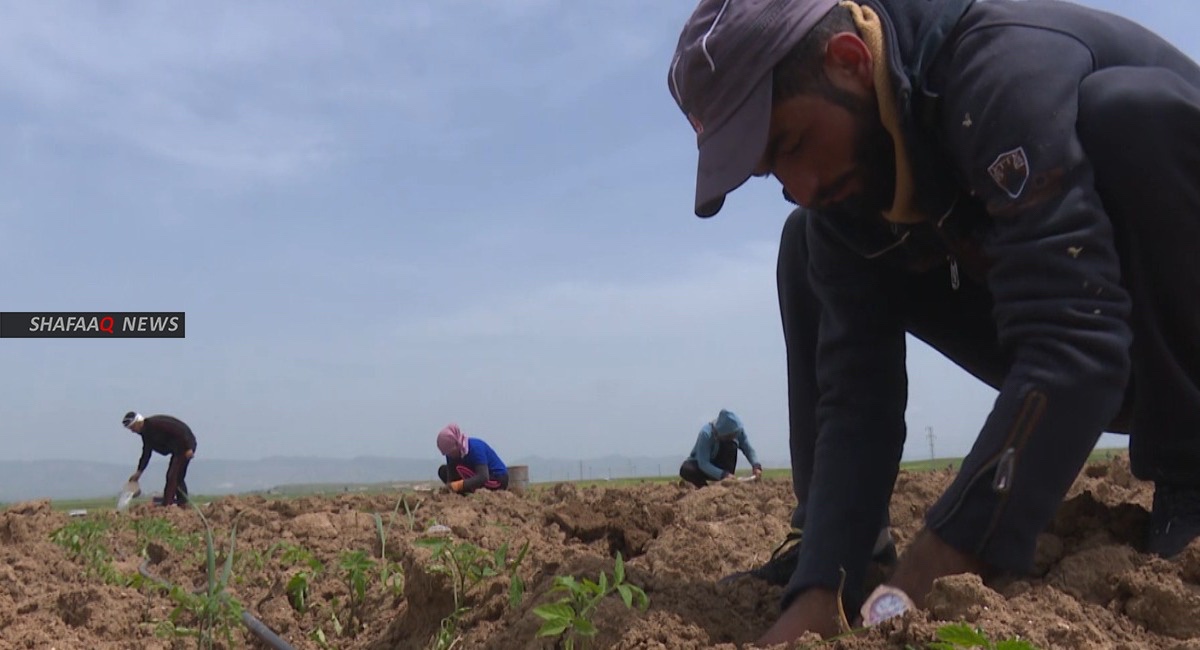 Peasants of the Kurdistan Region

Shafaq News / The Iraqi government stated that it will launch, on Tuesday, three previous dues for farmers in the Kurdistan Region, in addition to the dues of farmers throughout the country for the past year.

A source in the media office of the Iraqi Prime Minister told Shafaq News, “The government will launch today, Tuesday, the financial dues for farmers in Iraq, which amount to 499 billion dinars.”

“The government will release the farmers’ dues throughout the Iraqi provinces for the 2020 agricultural season, which amount to 231 billion Iraqi dinars,” she explained. 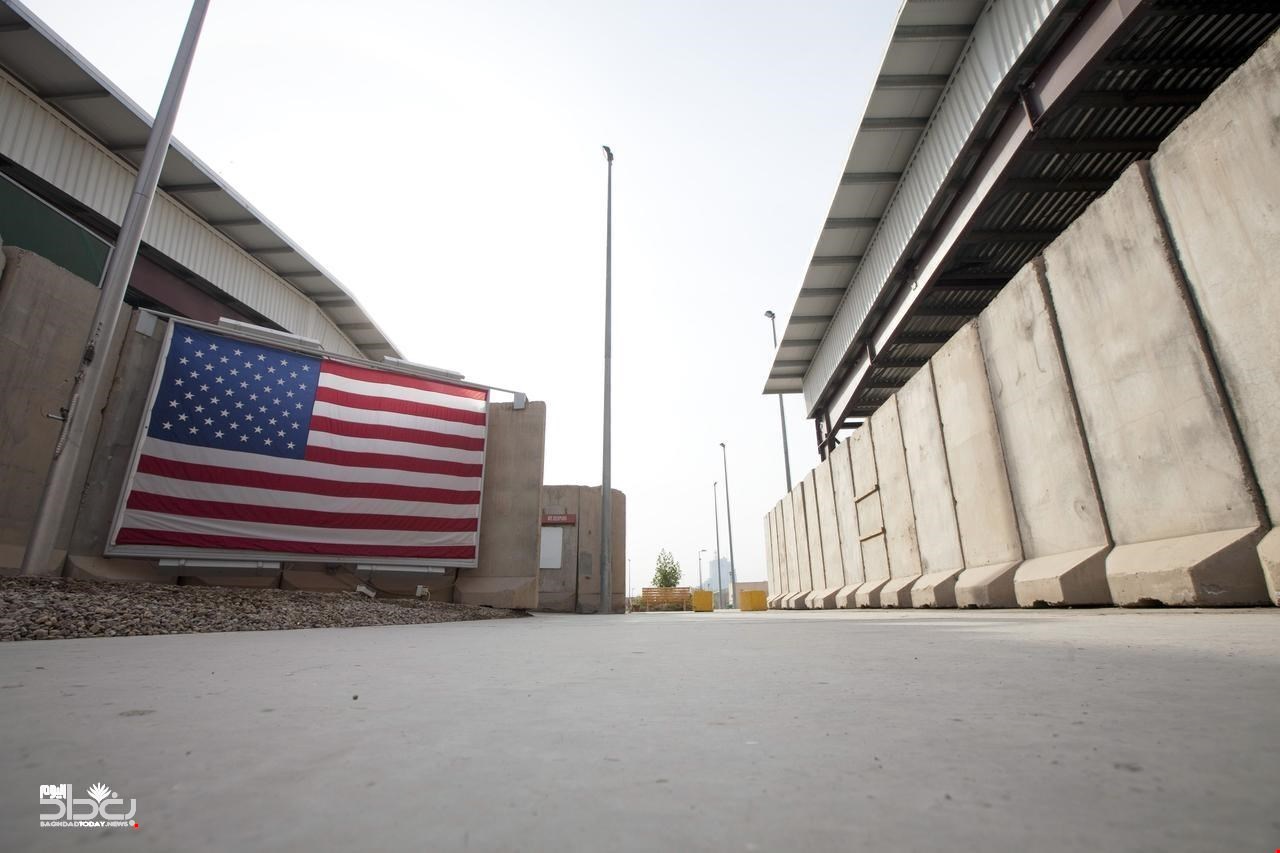 The Pentagon commented, Monday, on the bombing of the Green Zone in central Baghdad.

“We will work with the Iraqis to obtain information about the targeting of the US embassy in Baghdad,” the Pentagon said in a press statement.

She added, “The attacks on the US embassy in Baghdad are dangerous and we have the right to defend ourselves.”

Regarding the bombing of Erbil, she said, “The party behind the attack on our forces in Erbil has not yet been determined.”

On Monday, the Security Media Cell determined the location of the rockets launched at the Green Zone.

The cell said in a statement received (Baghdad today), that “through verification, it was found that 3 missiles had fallen, including two in the Green Zone and the third in Al-Harithiya.

The statement added that “their launch from Al-Salam neighborhood (Al-Topji) resulted in damage to 4 civilian wheels,” noting that “missile launchers were found by the units of the Baghdad Operations Command.”

Meanwhile, a spokesman for the international coalition, Colonel Wayne Maruto, confirmed today, Monday, that there were no casualties in the bombing of the Green Zone.

Wayne Maruto said, in a tweet on his Twitter account, that “reports indicate that two rockets fell on the Green Zone, at 19:25 Baghdad time, and no damages or injuries were reported.”

“The rockets landed inside the Green Zone, and there were no casualties, and their launch was from the direction of the Karrada area in central Baghdad,” said the spokesman for the Joint Operations Command, Major General Tahseen Al-Khafahi.

Baghdad published today pictures showing the damage caused by the missile strikes on the Green Zone inside the garage of the National Security Agency.

A security source said, “The bombing caused burning and damage to 6 wheels inside the garage.”

Today, Monday, the Security Media Cell issued a statement regarding the bombing of the Green Zone in central Baghdad.

The cell said in a statement, “Two rockets landed on the Green Zone, without causing any casualties, and follow-up is continuing by the security forces.”

And a security source said, today, Monday, that the Green Zone, in the center of the capital, Baghdad, was targeted with two Katyusha missiles.

The source told (Baghdad Today), “My Katyusha rockets fell on the Green Zone, near the Al-Sujood Bridge.”

He added that “the warning sirens sounded from inside the US embassy after the two missiles fell,” without further details.

(Baghdad: Al Furat News) The head of the Al-Fateh Alliance, Hadi Al-Amiri, described the bombing of diplomatic missions as “unjustified action under any pretext.”

“We strongly condemn the return to the bombing of diplomatic missions and terrorizing civilians, which is an unjustified act under any pretext,” Al-Amiri said in a statement, which Al-Furat News received.

He called on the security services to “do their duty to protect diplomatic missions.”

Al-Amiri called on the government to fulfill its “responsibility to preserve the prestige of the security services, in order to do their duty in the best way possible.”

The Amiri statement as a result of the bombing of the Green Zone in central Baghdad with missiles targeting the embassy of America, on Thursday evening, according to the security media cell , which announced the fall of the two rockets at the Green Zone and another missile in the Harthiya. ”

She noted that” the rocket launch of the peace neighborhood {Topchi} resulted in Damage to 4 civilian wheels, as well as missile launchers from Baghdad Operations Command units. ”

we completed two days before the things the main remained outstanding issues in the budget , including the unemployment set and graduates

error big in appointments accumulated from previous years because of not to move the economy that reached the big burden on the public sector ,

high deficit up to 28.6 due to additional allocations

pushing towards increasing the investment budget in the next budget

we imposed Tax on foreign workers

Reducing the budget of the three presidencies 20%

Salary of a member of the House of Representatives 7 million dinars ,

Baghdad administration to file oil for the province exceeded the constitution ,

delegation region will return To Baghdad tomorrow, the

most prominent of the Shiite blocs agreed on a specific text regarding the region.

The Parliamentary Finance Committee delivered a copy of the budget to the Presidency of Parliament, with the exception of the two articles on the Kurdistan region until it is agreed upon 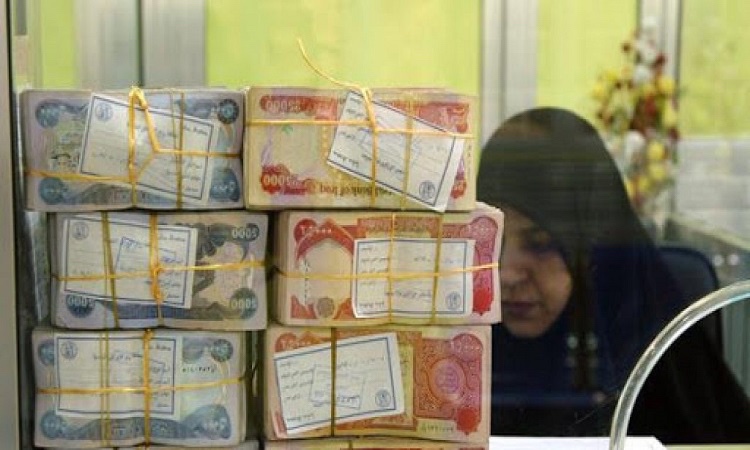 , Al-Rasheed Bank announced, on Monday, that it will start distributing employees’ salaries for the current month of February.

The bank’s media office stated, in a statement that Mawazine News received a copy of, that “salaries have been paid to employees for the month of February, whose financing reached the bank.”

The bank called on all employees to “receive their salaries from the automatic teller centers and bank branches as soon as text messages arrive.” Ended 6/29 N 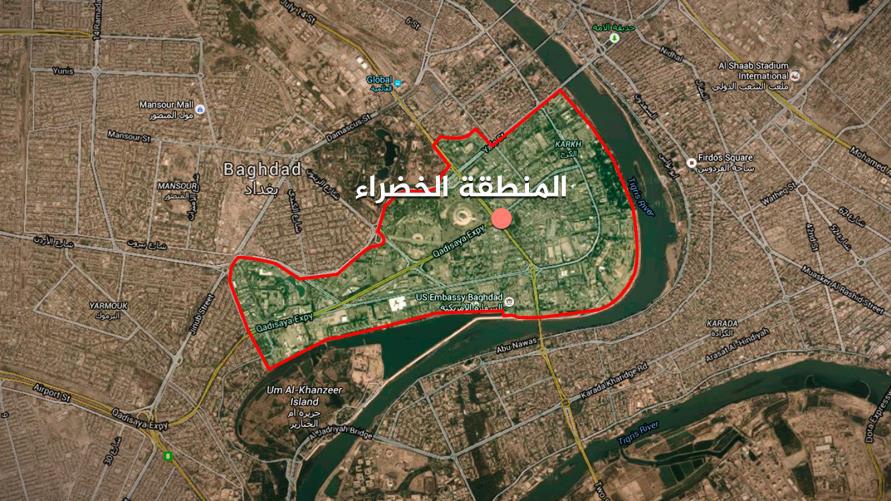 Shafaq News / A security source said, on Monday, that three missiles fell as warning sirens sounded in the vicinity of the Green Zone in the center of the Iraqi capital, Baghdad.

The source said, to Shafaq News Agency, that “four rockets fell this evening within the vicinity of the Green Zone, in central Baghdad,” indicating that “the sound of warning sirens was heard inside the area after the explosions.”

The source pointed out that “initial information indicates that the launch site is near the train tracks within the Al-Jamaa neighborhood,” noting that “one of the missiles landed near the National Security headquarters, while the second missile fell near Qasr Al-Sujoud.”

The source pointed out that “a number of wheels were damaged at the scene of the accident, without knowing if there were any casualties.” 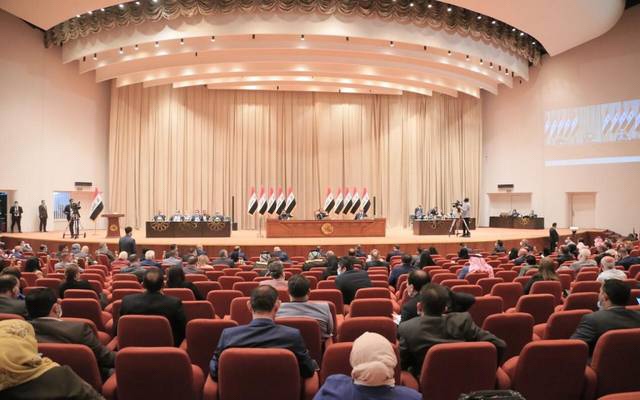 , Dylan Ghafour, MP for the Patriotic Union of Kurdistan in the House of Representatives, suggested Monday that the parliament would convene next Thursday, pointing out that a positive atmosphere prevails in the negotiations in Baghdad and Erbil.

Representative Dylan Ghafour explained that “the House of Representatives will meet next Thursday,” noting that “the priority for the draft federal budget bill for 2021.”

Regarding the delegation’s visit, Ghafour said that “a positive atmosphere prevails in the meetings,” expressing “optimism that a decisive agreement will be reached within the coming days.”

She suggested, “the inclusion of the draft federal budget law for 2021 in the agenda of the House of Representatives.”

She added, “Two articles in the budget regarding the dues of the Kurdistan region will remain as they came in the draft law,” expressing “optimism for the success of the negotiations.” Ended 29 / A 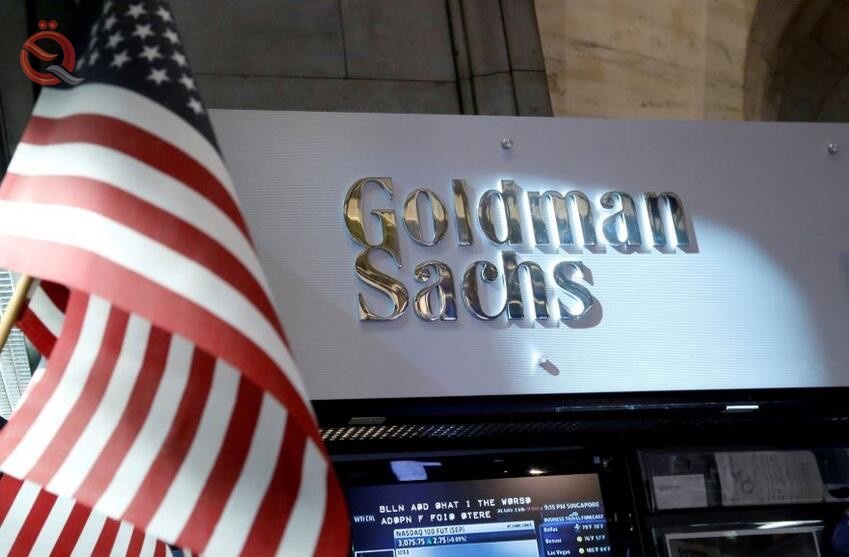 “We believe that restoring balance at this faster pace during what was expected to be dark winter days will be followed by an increasing deficit this spring at a time when demand will recover at a faster rate than supply, setting the stage for a scarce metropolitan market,” Goldman said in a note dated Sunday. “.

The bank now expects global oil demand to reach 100 million barrels per day by late July 2021, compared to its previous forecast for August 2021.

Oil prices rose on Monday as the slow return to US crude production, which was reduced by freezing weather, sparked supply concerns as demand recovers.

Goldman said an agreement to increase production by the Organization of the Petroleum Exporting Countries (OPEC) and its allies at the next meeting in March would not have a downward impact on prices as supplies are already falling behind.

The bank expects a quota increase of 0.5 million bpd in August, as Saudi Arabia backtracks on a unilateral cut of 1 million bpd, and continues to expect modest exports from Iran this year.

Last week, UBS raised its Brent price forecast to $ 68 a barrel for the second half of this year.

He added, “The country of Djibouti is expected to record the highest GDP growth for 2021 among the countries of the Middle East and North Africa, at a rate of 9.2%, while Lebanon expects the lowest GDP growth for the same year, at a decrease of -6.3%.”

He pointed out that “the gross domestic product of oil-producing countries in the Middle East and North Africa, which includes Iraq, Algeria, Kuwait, the UAE, Saudi Arabia, Qatar, Iran, Oman and Bahrain, is expected to increase during 2021 by 2.1% after it recorded -5% in 2020.”

It indicated that “the GDP of the oil importing countries in the Middle East and North Africa, which includes Tunisia, Jordan, Lebanon, Morocco, Egypt and Palestine, is expected to increase in 2021 by 3.2% after recording a decrease of -0.8% in 2020.”