Skip to content
HomeThe General Secretariat of the Council of Ministers announces its readiness to start building 7,000 schools throughout Iraq 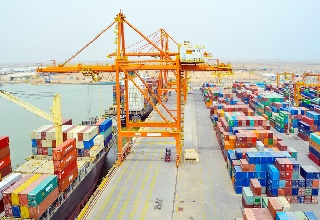 The General Secretariat of the Council of Ministers announced, on Wednesday, that Iraq is ready to start the first phase of the national project for building schools, indicating that it is awaiting bids and offers for building these schools from Chinese companies.

A spokesman for the Municipality, Haider Majeed, said, “The national project for building schools includes constructing 7,000 schools throughout the governorates of Iraq,” indicating that “the first phase of it will witness the implementation of a thousand schools.”

He added, “The National Center for Engineering Consulting has developed the designs for these schools, of which three designs have been chosen to build schools according to modern and international specifications.” on her”.

Majeed stressed that “the General Secretariat has approached the Supreme Committee on the project, which in turn addressed the People’s Republic of China through the Ministry of Foreign Affairs and its embassy in Iraq to approach companies.” “.

The Chinese companies have expressed their desire and willingness to cooperate with Iraq through the Chinese ambassador in Baghdad during his meetings with the Secretary-General of the Council of Ministers Hamid Al-Ghazi, while there is a mutual and strong desire on the Iraqi side to communicate with Chinese companies on the subject of establishing the first phase of those schools after completing all the related matters. Of the project.

One thought on “The General Secretariat of the Council of Ministers announces its readiness to start building 7,000 schools throughout Iraq”