{Politics: Al Furat News} The President of the Kurdistan Regional Government, Masrour Barzani, received today, Friday, April 23, 2021, a lengthy phone call from US Secretary of State Anthony Blinken, in which a number of issues and concerns of common concern were discussed.

A statement by the Kurdistan Regional Government, a copy of which was received by Al-Furat News Agency today, stated that “regarding the security developments, the two sides strongly condemned the missile and drone attacks against the Kurdistan region, Iraqi bases and the international coalition forces, and it was agreed on the continuing need for the international coalition forces in the country and the support of the Peshmerga and the forces Iraqi security in the war against Daesh.

” the meeting included the internal situation, where he briefed the prime minister Blenkn on firm reforms carried out by the Kurdistan Regional government, which has already contributed to increased revenue through greater transparency in public finances, urging the minister Blenkn on Expanding technical assistance and economic support to the Kurdistan Regional Government, and encouraging American investment in the banking sector. With regard to political developments, the two sides agreed on the necessity of closing ranks and strengthening unity between the Kurdish political forces.

He added, “The Prime Minister encouraged the US Secretary of State to help provide the appropriate political climate for both Erbil and Baghdad to implement the budget law and solve other pending problems. He also urged the minister to intervene personally to ensure that the Kurdistan Region obtains a (fair and equitable) share of international loans to Iraq.”

He stated, “The Prime Minister and Minister Blinken discussed the upcoming Iraqi parliamentary elections, and expressed their concern over the attempts by unruly groups to undermine a common goal of the Kurdistan Regional Government, Iraq and the international community, which is to hold free and fair elections, in addition to their attempts to undermine the partnership between the Kurdistan Regional Government, Iraq and the United States.”

He pointed out that, “Returning to Sinjar, the prime minister touched on his continuous dialogue with Prime Minister Mustafa Al-Kazemi and other Iraqi leaders after the agreement. He agreed with the US Secretary of State on the importance of its full implementation, and at the end of the phone call, it was agreed to continue to remain in close contact and work.” With partners who have the same subscribers in Iraq.

, the British ambassador, Stephen Hickey, announced, on Friday, that he narrowly escaped from the Baghdad airport attack yesterday.

The ambassador said, via “Twitter”: “I landed last night, to be told that it is good that your flight was delayed. You just missed the rockets that hit the airport.”

He added, “Iraqis deserve to live and travel in peace. Iraq will not be stable and prosperous as long as these armed groups continue to operate freely outside the law to spread terror and destruction.” Ended 29 / A43

Shafaq News / On Friday, a security source revealed that the defense system had been tested and new equipment had been installed at the US military base inside Baghdad International Airport.

This comes the day after an attack by three missiles on the base, wounding one of the Iraqi guards.

The source told Shafaq News that “exercises and tests have been launched by operating the air defense system at the American Military Base Victoria at Baghdad International Airport.”

The source pointed to “setting new sirens at the base.”

On Thursday evening, unidentified persons fired three missiles at the American base at Baghdad International Airport, one of which landed near the airstrip of the US forces, while the other two fell near the caravans of the central prison in the military airport, wounding one of the Iraqi guards.

A security source informed Shafaq News that the “C-RAM” anti-battery system did not work to repel the attack.

Later, the Iraqi security forces found a rocket launcher within the approach of the Al-Jihad neighborhood near the airport to the east, as they were fired from the roof of a house empty of its residents who left it a week ago.

Shafaq News / A former Iranian ambassador said that the second round of Saudi-Iranian talks will be held in the coming days, with a personal follow-up from Iraqi Prime Minister Mustafa Al-Kazemi.

The Iranian “Etimad Online” website quoted the unnamed ambassador as saying, “The study of Saudi allegations of Iran’s support for the Houthis, the situation in Lebanon, Iraq, Syria and Bahrain and Riyadh’s interference in the nuclear negotiations will be one of the most important topics on the meeting’s agenda.”

He added, “The differences between the two countries are not few, and we need a lot of time to study these differences and find an objective solution to them.”

On China’s role in organizing the previous meeting between the two countries, the Iranian diplomat pointed out that “China had no role in arranging the meetings, and they were carried out at the request and follow-up of the Iraqi prime minister.”

According to press reports, “the beginning of this month witnessed a secret meeting between security officials and diplomats from Riyadh and Tehran in the capital, Baghdad, and it was the beginning of serious negotiations between the two countries.”

The meeting was held in a secret atmosphere, with preparations exclusively prepared by Al-Kazemi’s office, without the interference of any other Iraqi party, according to reports. 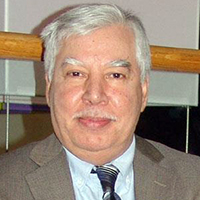 There is no doubt that the suffering of the Iranian people and the curtailment of the Iranian export and import process affect Iraq directly because of the complex economic relations between the two neighboring countries.

What is even worse is to reduce the benefits that can be gained from importing electricity from Iran and benefit from religious tourism and the million-dollar visits that pour millions of dollars into Iraq and contribute to providing job opportunities for thousands of unemployed people who have the possibility to do business related to tourism, such as hotels, restaurants, cafes, and so on.

Import and export between Iraq and Iran

Iraq depends in its food basket on imports from neighboring countries because of the collapse of the agricultural structure inherited from the era of the tyrant Saddam and his wars that brought green and everything, and the migration of peasants to their agricultural lands and moving to cities to live on the margins of life and dependence on what the government provides in terms of gifts – salaries, retirement, Allocations … etc – and in the best case service in the army, police and security after their salaries became remunerative after the fall of the tyrant and the country was freed from the grip of the hateful police rule.

Iran has enormous potential to supply the Iraqi market with agricultural and food products. Therefore, Iran is the inexpensive food basket from which Iraq imports many of its needs, along with Turkey, Jordan and Syria.

The industries that were in the beginning of their spread, consisting of simple factories, and workshops for construction industries, roads, bridges, iron structures and other primary industries trying to establish their feet in the world of national industry in Iraq have receded, but they were destroyed during the years of siege and war in particular during the last ten years of the regime of dictator Saddam. Iraq became without industry or agriculture, so it resorted to importing, importing building materials and industrial products in all fields from the plastic industry to iron and aluminum, medicine, construction materials … etc. Iran also leaps to the fore in being the most fortunate market in supplying Iraq with what it needs near Production sources, ease of transportation between the two countries and the length of the common border between Iraq and Iran

The countries of the Middle East are distinguished by their vital corridors linking the continents of Asia and Europe. The passages of the Strait of Hormuz, Bab al-Mandab and the Suez Canal control the vital artery for transport and export of goods and the route of oil tankers.

Iraq overlooks a common gap with Iran on the Gulf, which is the most dangerous corridor in the region through which thousands of tankers carry oil and various goods every year to Europe and the countries of the world.

In order for Iraq to secure the path of its oil trade and export, and to import what it needs from goods, it must work jointly, on the security level and politically, with Iran and the other Gulf states, with great concern for the security of the region, and serious and fruitful cooperation with Iran.

Also, the continuing terrorist attacks on the western and northern regions of Iraq and the occupation by ISIS of several Iraqi cities a few years ago still pose a serious threat to the security of Iraq. That the attacks subside, under the strikes of the military forces, until they explode in another region, re-occupying the cities of Iraq and threatening its fragile entity.

Ending the American boycott of Iran and returning to the nuclear agreement that Iran and America signed in the well-known agreement (5 + 1 countries) restore the state of peace to the region and Iraq will benefit greatly from it, so Iraq must support and encourage a return to the agreement as soon as possible in order to ensure that it has a place under the sun.