RECEIVE ALL THE LATEST AND BREAKING NEWS ON S4D FOR FREE!

Click on the “FOLLOW BLOG on VIA EMAIL” button to the right (or bottom of the screen depending on your computer) of this blog and receive any new notifications of our posts by email or by tweet.

Use S4D as a search reference tool about Iraq and the Dinar.

You can search for articles by:

1 Selecting a specific day on the calendar listed on the right.

2 Search a topic by typing it in the search area on the right.

Search4Dinar is not affiliated, nor endorses any other Dinarian website.

Thanks for supporting Searching 4 Dinar!!

A political source announced, today, Friday, that a delegation from the Kurdistan region will visit Baghdad tomorrow, Saturday, to meet with Prime Minister Mustafa Al-Kazemi.

The source told “Tigris”, “The delegation represents a number of political parties.”

He pointed out that “the visit comes in order to discuss the details of the Kurdistan region’s share in the federal budget law and the latest developments in the situation at various levels.”

: Qatari Foreign Minister Mohammed bin Abdul Rahman Al Thani discussed in a phone call with his US counterpart Anthony Blinken the latest developments in the region and focused on the situation in Iraq, Iran and Afghanistan.

A statement issued by the Qatari Foreign Ministry indicated that “the two ministers reviewed during the call the bilateral cooperation relations between the two countries, in addition to the latest developments in the region, especially in Iraq, Afghanistan and Iran.”

The statement added that the Qatari Minister of Foreign Affairs expressed his country’s thanks to the United States for the resumption of economic, development and humanitarian assistance to the Palestinian people.

The Patriotic Union of Kurdistan parliamentary bloc revealed, on Friday, the region’s share in the 2021 budget

. Member of the representative bloc, Rizan Sheikh Dleir, said, according to the official agency, that “the share of the Kurdistan region in the federal budget law for the fiscal year 2021 amounted to about 13.5. %, Stressing that “this time, the region must adhere to all the agreed upon provisions of the budget law, not as it was in the past when the region disavowed the agreement, and only the region’s oil share would be cut by the federal government.”

She indicated that “now the region must send half of the revenues with the value of 250 thousand barrels per day of crude oil, to send its share,” noting that “if the region does not comply, Baghdad will not send the receivables, and not only this, but even will prevent the region from exporting oil.” Ended 29 / A43

Shafaq News / The State of Law coalition headed by Nuri al-Maliki decided on Friday to appeal the General Budget Law for 2021 to the Federal Supreme Court.

The coalition said in a statement received by Shafaq News, that “we were surprised that the budget came out in many of its articles contrary to all that we sought to be guarantor in a fair and balanced manner and maintain the minimum level of achieving the requirements and rights of many classes and segments of our Iraqi people, which we declared our rejection.” We have decided to file an appeal with the Federal Court over many of its paragraphs that have been procrastinated and the budget was stripped of them despite the promises that we had hoped that the Finance Committee, members of Parliament and partners in the political process would adhere to defending it in The framework of the supreme interests of the country and our common interests. ”

The coalition wondered about “the reasons that led to the failure to include the issue of the lecturers in the budget after waiting and bearing from them for long years in which they provided the educational institution with their efforts free of charge and made huge sacrifices in it and the budget came to let them down again, and the margin of promises to postpone the resolution of their suffering for other months is not justified to address their case in a manner. Urgently”.

He added, “We have always objected and emphasized that the increase in the dollar’s exchange rate was not a deliberate step and caused great damage to the citizens, and the economic crisis could not be addressed at the expense of their living conditions, especially the poor segments of them. “The shortage of state resources from other outlets, which are many, have not been addressed. We renew our objection to the dollar exchange rate as I passed the budget, and our demand that it be reduced in light of the improvement in the selling price of the national oil product globally.”

And Maliki’s coalition continued in his statement, “We were surprised that the return of those whose contracts had been canceled by the security services and the Popular Mobilization Forces was not addressed, and it was passed in contradiction to what was agreed upon and promoted by the media, which is unfortunate for the right of a segment that made tremendous sacrifices in defense of the homeland, at a time when the budget paid attention to counting the absent ISIS members and considering them Martyrs, not to mention the retroactive restoration of retirement rights for all former army officers and ranks, even for their cumulative leave!

He explained, “He missed the budget that we had hoped would provide job grades in the budget that would do justice to many graduates and the unemployed. The budget materials abandoned him without a fair treatment for their increasing proportions,” adding, “After promises were repeated to include them, the budget deprived Basra Governorate of 30,000 job opportunities for its children.” Unlawfully”.

He pointed out that “successive budgets did not do justice to the Faili brothers and offered their sacrifices, and we still do not find any indication of their fairness in any budget that guarantees their rights stolen since the era of the former regime. We hoped that the current budget would take into account an article referring to the restitution of property and confiscated and seized money and compensation for the families of the martyrs and the victims from them.” Just and fair. ”

The statement stressed, “It has become necessary and necessary for us in the State of Law coalition to stand firmly and frankly and in accordance with the legal path justified by the constitution to challenge many of the budget articles in order to defend the sacrifices and rights of the Iraqi people, and our endeavor will not stop at the limits of the budget. It damages their interests and does not take into account them in the future. ” 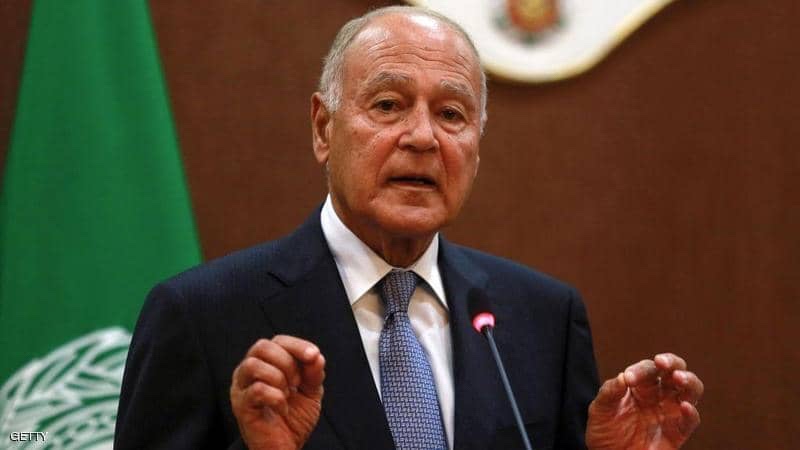 Shafaq News / The Secretary-General of the League of Arab States, Ahmed Aboul Gheit, is scheduled to conduct an official visit to Iraq tomorrow, Saturday.

A government source told Shafaq News Agency that “Abu al-Gheit” will visit the capital, Baghdad, tomorrow, and will meet during the visit the three presidencies and a number of Iraqi political leaders.

The source indicated that “Aboul Gheit” will discuss during the visit the situation in Iraq and the region, and strengthen Baghdad’s role in the Arab League.

This visit comes after Prime Minister Mustafa Al-Kazemi made two official visits to Saudi Arabia and the UAE. 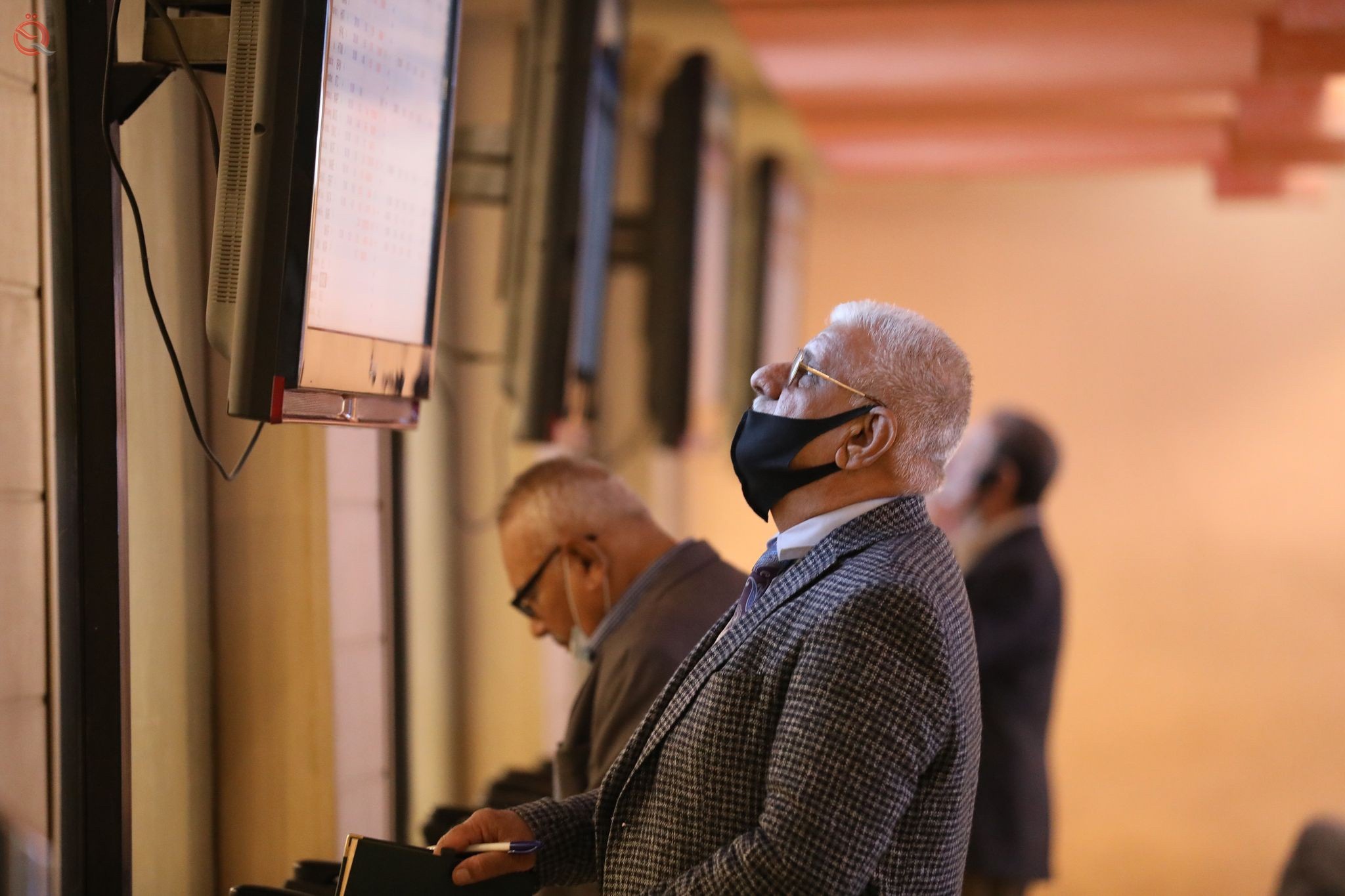 The Iraq Stock Exchange (the stock exchange) announced that it will organize 5 morning sessions this week and two evening sessions during Monday and Wednesday.

During the week, 15 billion shares were held, worth 9 billion dinars.

The week also witnessed the implementation of more than 5,000 sale and purchase contracts on the shares of companies listed on the market. 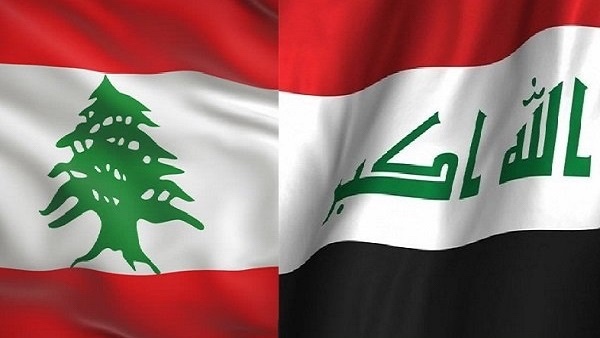 Shafaq News / On Friday, Lebanese media reported that a high-level Lebanese delegation will visit Iraq this month to sign preliminary agreements in the field of oil and health.

The media mentioned that the delegation will visit Iraq on April 17 and 18, headed by Lebanese Prime Minister Hassan Diab, along with the ministers of agriculture, industry, health, tourism and energy, to discuss areas of bilateral cooperation between the two countries and sign agreements.

She indicated that the visit will include the signing of a preliminary agreement to obtain 500 thousand tons of Iraqi oil in exchange for Lebanese health and medical services, with the amount subsequently reaching more than two million tons of oil.

And the media indicated that after the initials signing, joint committees will draw up the final agreement in preparation for approval, adding that the Lebanese ministers are expected to offer their Iraqi counterparts opportunities for cooperation in various fields, and to discuss the possibility of expanding the cooperation agreement.