Skip to content
HomeWill the new election law meet the demands of the demonstrators? 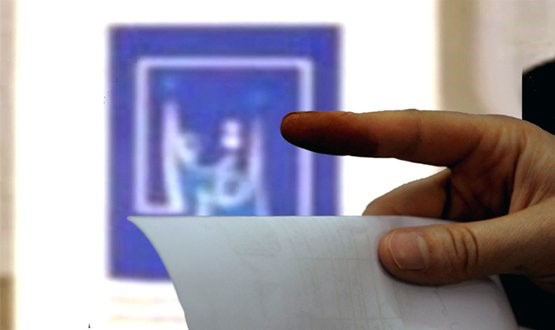 BAGHDAD / Obelisk: Iraqi government spokesman Saad al-Hadithi, Sunday, November 17, 2019, the most important points in the new election law, pointing out that this law voted by the Council of Ministers in its last session and sent to the House of Representatives.

Al-Hadithi said in an interview followed by the obelisk, “Below are the most important points in the new election law, which was approved by the Council of Ministers at its last session and sent to parliament on 13 November.”

– Candidates must be 25 years old at the time of nomination.

The following shall not be entitled to stand for election:

1. The President and his deputies.

2. The Prime Minister and his deputies.

4. Heads and deputies of independent bodies.

Heads and deputies of entities not associated with the Ministry.

Governors and their deputies.

8. Presidents and members of provincial councils.

Those who hold the following positions in the judiciary shall not be entitled to stand for election:

2. Members of the Public Prosecution.

Members of the armed forces and security services are not eligible to stand for election.

Members of the Board of Commissioners, senior officials of the Electoral Commission and Commission staff are not eligible to stand for election.

– Any person entering a single list shall be exempted from the amount of participation insurance.

– The House of Representatives consists of 251 seats, including 9 seats for the quota (five for Christians, 1 for Sabeans, 1 for Yazidis, 1 for Faili Kurds and 1 for Shabak).

– Adopting the system of higher votes in the selection of candidates by rearranging the sequence of all candidates regardless of their electoral lists according to the number of votes obtained by each of them and is considered the winner of the highest number of votes. Who participate in the electoral process alone. ”

– The Electoral Commission shall adopt the electronic results acceleration apparatus.

– The emigrant shall have the right to vote at the place of residence and vote for his original constituency from which he was abandoned.

– Ethnic abroad vote for their constituencies.

– Withdrawal of the voter card from the voters in the special vote immediately after their vote, and is returned to them through their units later, “to prevent the possibility of someone who voted by private vote to vote again by public vote,” according to al-Hadithi.

– No deputy, party or bloc registered in an open list winning elections shall have the right to move to a coalition, party, bloc or other list until after the formation of the government.

– No candidate winning an election may nominate a minister or a position in the rank of minister in the electoral cycle in which he won.