May 26, 2016 in the media center , reports the comments on the Iranian nuclear deal is closer to collapse closed

No sooner had the Iranians finish ceremonies nuclear agreement, which was to lift the harsh economic sanctions on Their country, have become so evident before the fact; namely, that the agreement Astmataat Tehran and Washington in order to reach it could collapse sooner than pessimists had expected more.

The reason for this is to prevent the continuation of Iranian banks from dealing with their American counterparts, and then not being able to get a dollar, to which Iran desperately needs to complete commercial transactions and to attract investors who fear the wrath of the United States.

Suzanne Maloney, an expert disputes in the field of energy and international security in the nuclear deal, unable to continue, describing “a vehicle traveling on the road, but he began to lose its wheels before reaching the desired station,” and in less than a year of signing.

International Sanctions are not related to the Iranian nuclear file still exist in ways that lead to paralysis of the Iranian economy, which increases gradually from the wrath of the top leadership in Tehran.

Although the application of the nuclear agreement led to the lifting of a lot of penalties, but it has only allowed the Persian carpet Iranian pistachio to enter the US market among Iran’s exports.

US promises to Tehran, reported by large US negotiator Wendy Sherman, it did not materialize and said her that “the whole world will race to get to Iran so that Tehran Stvid foreign investors.”

The Iranians are gradually discovers that these promises were likely to “fake a bonus.”

Tehran has not been able to benefit from more than $ 100 billion is still in international banks. The reason for this is that the laws of the United States, which were not included in the nuclear deal, is still very tight on Tehran.

These US sanctions that come out of US-Iranian understanding to make the majority of foreign investors are moving away from the Iranian market, with foreign banks refrain from financing any projects in Iran, fearing breach of US sanctions.

In parallel with this, the Iranian leadership is almost lose patience, as began to accuse the US administration that it did not abide by its commitments.

And Iran is one of the most exporters affected since the sharp decline in oil prices in the summer of 2014. Even in the best of times, were not the Islamic Republic never an easy place, especially to do business, and a lot of structural economic problems exacerbated ten years ago as a result of sanctions, have continued since the rule of President Mahmoud Ahmadinejad.

Tehran wants Washington ease these sanctions, but this will require a resolution from Congress, which is unlikely amid the momentum of the election, as some Democrats are not in the mood allows them to reconsider the agreement considered by many faulted.

US experts believe that the time is well suited to achieve the wishes of Iran, as members of Congress tends to move in the opposite direction, which means more sanctions on Iran, which recently resumed its program for ballistic missiles.

In contrast hardliners close to the supreme leader does not want to continue in the application of the nuclear deal, and urged the president “moderate” Hassan Rowhani to cancel it.

He says Taylor Collis legal expert who specializes in US-Iranian relations that “the political atmosphere shut the doors to the two parties.”

Obama is also facing similar attacks and criticism from senior figures accusing him of being “intentionally” lied to Congress, after recognition of the adviser in the White House for giving inaccurate information in terms of timing to the Congress which led to the ignition of conservative criticism toward the president.

It is believed Roger Cohen, a writer on international affairs and diplomacy, that American policy would put the deal with Iran at high risk.

Cohen says that the hardline policy adopted by Washington by blocking US and European banks to finance investments in Tehran through sanctions is to maintain the policy of “shoots himself in the foot.”

He added that the US sanctions will make Rouhani in next year’s election bad situation, because he will not be able to convince voters that the agreement reflected positively on the Iranian economy and thus moderates will fall and be replaced by hardliners. 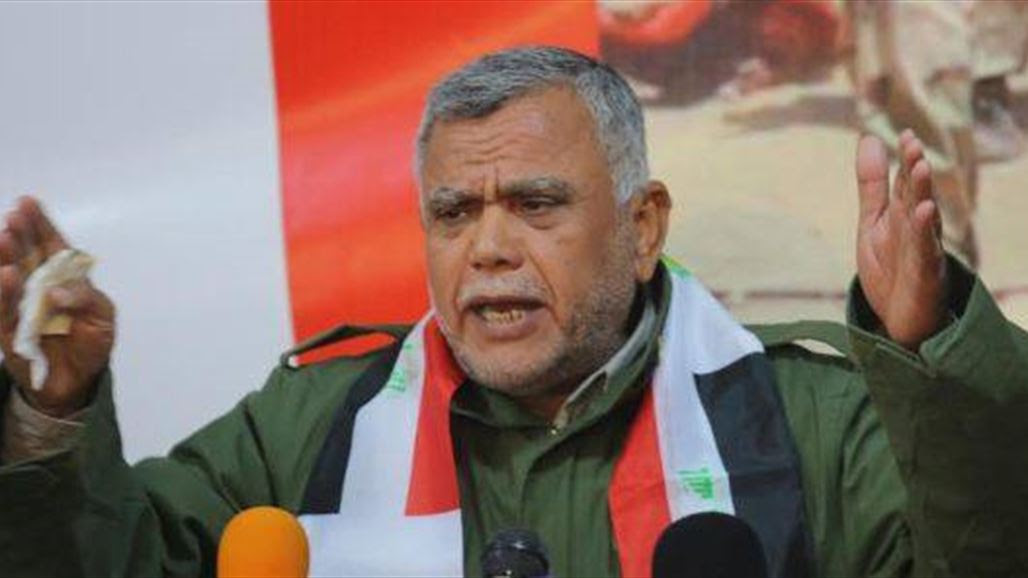 [Oan- Baghdad]
Education Minister Muhammad Iqbal announced that employees of Nineveh raising salaries for the months ofMarch and April will be distributed on Thursday.
According to a statement issued by the Minister’s Media Office Agency has received all of Iraq [where] a copy of it, that “after the personal efforts by the Minister of Education, managed to obtaining approvals and financial allocations for salaries breeding Nineveh,” adding that “competent authorities will start distributing salaries tomorrow Thursday, and can all associate received. ”
the statement stressed that the ministry” will spare no effort in order to take care of their cadres, “he said , adding that” the Minister of Education is keen to ensure associate the distribution of salaries and are not deprived of them, honor them, and in recognition of their role is important and influential in the educational process. ”
http://www.alliraqnews.com/modules/news/article.php?storyid=38942

Sent House Speaker Salim al – Jubouri , an open letter to the Prime Minister and Commander in Chief of the Armed Forces and invited him to prevent any party promoted to convert the battle into an opportunity to mobilize the abhorrent sectarianism.
The letter , which received a ‘orbit News’ copy of it, he was ‘ at a time when we bless the Iraqi people great and you armed and our forces and volunteers Champions victories successive clear progress in military operations and the collapse of Daash terror and defeat imminent in the city of Fallujah , forbearing calculated, we at the same time are keen to accomplish this victory makes him a source of national consensus and miss the opportunity of this criminal organization and all the predators who are looking and discord and discredit this victory and jammed it. ‘

He said ‘To All we can hope is achieved and we wish that we mentioned we wish on your state directive to prevent any point of trying to undermine this victory by promoting to convert the battle into an opportunity to mobilize the abhorrent sectarianism that Gadrnaha our unity and cohesion and unanimous agreement and our meeting to reject Daash terrorist and Mqatlth and confront it in all fronts and with all sons of Iraq from the men of defense and Interior and the Federal police and the popular clan and the crowd. ‘
He stressed that ‘our confidence will never be shaken Bmqatlina heroes as they registered their victory with confidence stems from the professionalism that Antahjhoh their battles in the latest battle to liberate wetlands where our forces provided the highest degree of professionalism in the neutralization of civilians. “
He concluded by saying , ‘ On the basis of this principle , we emphasize the need to repeat this outstanding professional experience and break all bets reliable this cowardly organization in trying to hunker down unarmed civilians who reject its existence, and who are waiting for their brothers every moment to unwind them this restriction and let them go to the families of these criminal terrorist group ‘.

Parliamentary Legal Committee confirmed on Wednesday that the IMF loan will not pass without the consent of the House of Representatives, while showed that the competent parliamentary committees do not know the terms of the loan to now.

He said committee member Ibtisam al- Hilali in a press statement, that ‘there are great fears of the Iraqi street , and especially the poor citizen of the terms of an IMF loan after the news cut staff salaries and arrest the appointments and cancel the ration card and other’, adding that ‘the House will not pass any loan in which damage to the citizen and can not download the citizen responsibility for theeconomic crisis that Iraq is going through. ‘

And showed Hilali that ‘ the Iraqi government agreed with the IMF , but the loan is not and will not pass without studying the House of Representatives and his House vote by the parliament’, adding that ‘ the parliament and its committees in Parliament to now have not seen on the loan terms and must be well studied and are subject to modification and rejection’ .

The Deputy Chairman of the Security Committee in the Baghdad Provincial Council Fadel Shuli, Wednesday, for the heavy deployment of security forces in Baghdad in anticipation of the move sleeper cells to coincide with military operations.

Said Shuli’s / balances News /, that “the security situation in Baghdad” in crisis “because of security breaches and banditry anticipation of any breach,” revealing at the same time “heavy deployment of security forces in Baghdad in anticipation of the move sleeper cells to coincide with the military operations in the city Fallujah “.

He added, “The security forces in Baghdad is not the level required for the surprise of these cells,” pointing out that “intelligence component” minimal “and needs to be developed.”

It is said that the League of the Righteous confirmed, earlier, that the liberalization of vine eliminate elements of al-Daash terrorist limit security breaches and bombings on the capital Bgdad.anthy 29