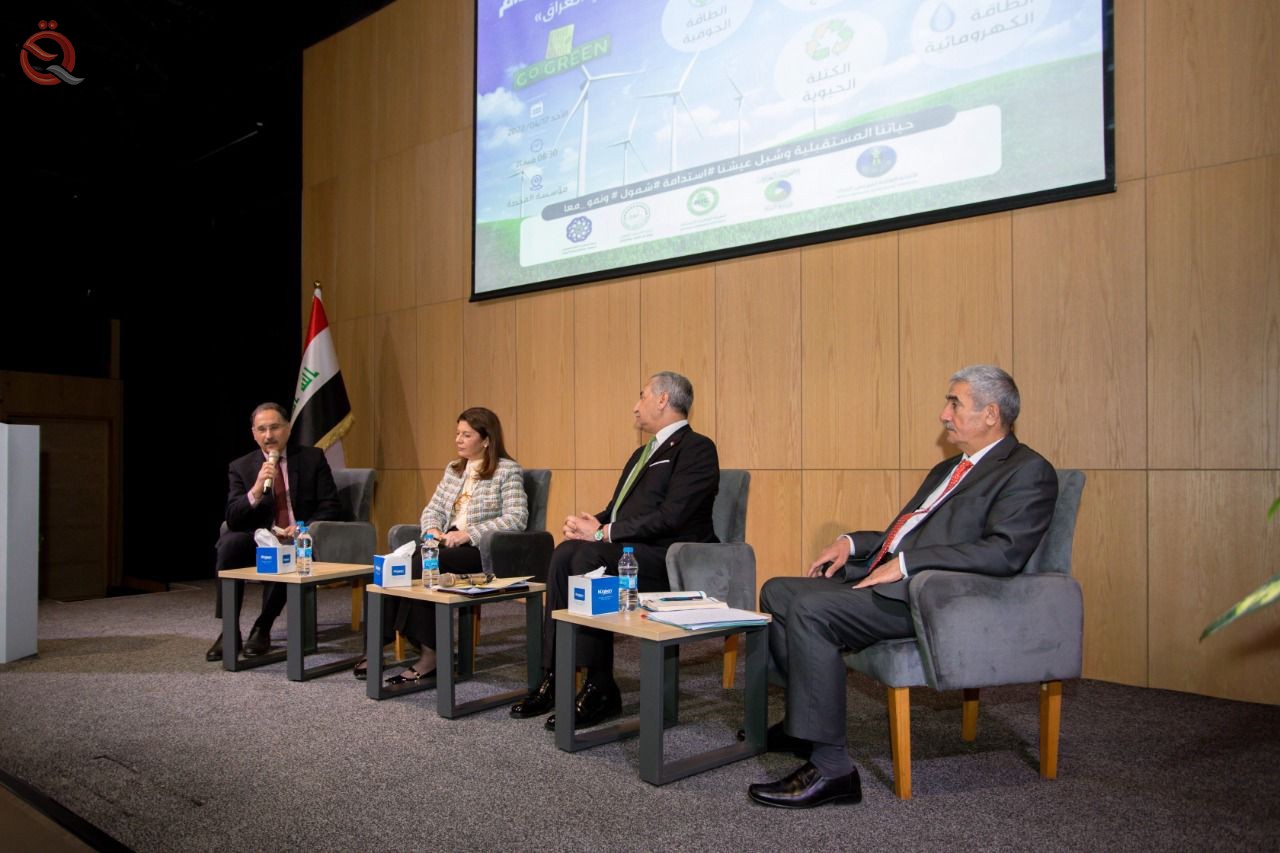 The Association of Iraqi Private Banks organized a symposium entitled “Concepts of renewable energy in Iraq to achieve the principles of transition towards a green economy” in the presence of the Minister of Environment, Chairman of the Investment Authority and Deputy Governor of the Central Bank.

The director of the Organizations Department in the General Secretariat of the Council of Ministers, Ashraf Al-Dahan, the representative of the Secretary-General of the Council of Ministers, Dr. Ali Al-Shahristani, and the Director General of the Integrity Commission, Muhammad Muften, as well as the head of the Martyrs Fund, Abdul-Ilah Al-Naeli, participated in the symposium.

The discussion session was moderated by the former Iraqi ambassador to the UAE, Zaid Ezz Al-Din, and was attended by the Minister of Environment, Jassem Al-Falahi, the head of the Investment Authority, Suha Al-Najjar, and the Deputy Governor of the Central Bank, Ihsan Al-Yasiri.

The Minister of Environment, Jassem Al-Falahi, said that “Iraq is classified as one of the countries in the world most affected by climate changes due to the presence of serious problems related to water security, which has increased levels of desertification and dust storms.”

He stressed, “The ministry has been working with the Central Bank for several months on its national initiative to support electricity through solar energy and the transition towards a green economy,” noting that “renewable energy is the next economy, and I call on businessmen and investors to move seriously towards a green economy.”

She added, “The Central Bank provided the necessary funds to invest in energy,” calling on international and local companies to “invest the Central Bank’s initiative to establish solar power plants.”

She stressed that “the Investment Authority is ready to support all environmentally friendly projects, and that Iraq is a promising environment in this field, but provided that these projects are technologically advanced and capable of achieving profit and protecting the environment at the same time.”

He continued, “The Central Bank decided that the loans granted with an administrative commission only target all housing and business sectors,” noting that “the establishment of the solar energy system will contribute to improving the environment and reducing risks.”

He stressed that “the device of standardization and quality control will carry out the task of examining the devices that traders will import from outside Iraq.”