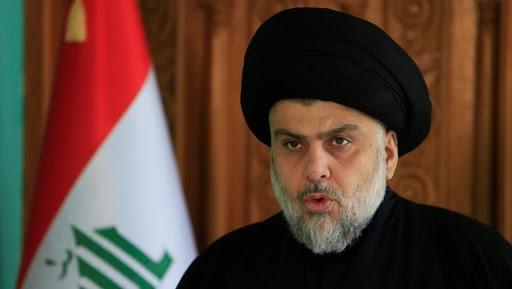 Shafaq News / The leader of the Sadrist movement, Muqtada al-Sadr proposed on Friday the formation of a tripartite committee of a security, military and parliamentary nature to investigate attacks targeting diplomatic missions, departments and institutions of the Iraqi state.

Al-Sadr said in a statement published today on the social media platforms, “Twitter”, that “in view of the seriousness of the security conditions that beset the present and future of the country and in the midst of security breaches that threaten the prestige of the Iraqi state and pose a direct threat to the life and fate of our dear people, so we find it an urgent interest to form a relevant committee.” A security, military and parliamentary nature to investigate the security breaches that diplomatic missions and official state headquarters are exposed to, in a way that harms Iraq’s reputation in international forums.

He stressed that “the results of the investigation shall be announced to the public opinion and within a specific time frame in order for the necessary legal and executive measures to be taken in this regard,” noting that “without this being achieved, the government will be negligent in its work to restore prestige and impose security.”

On Wednesday, Al-Sadr criticized “some factions” under the umbrella of the Popular Mobilization Authority, accusing them of being behind the assassinations and bombing that take place in Iraq, calling on the crowd leaders to distance themselves from these actions .

The Al-Fateh Alliance, led by Hadi Al-Ameri, did not wait much, and issued a statement on Thursday declaring its rejection and condemnation of “any action targeting diplomatic missions,” calling on “the judiciary and the security services to stand firmly and forcefully and end the series of kidnappings, assassinations and inciting terror among people .”

At the same time, the Popular Mobilization Authority issued a statement, in which it also disavowed “any suspicious operations and illegal military activity targeting foreign or civilian interests .”

It is noteworthy that this is the first time that the PMF and the Al-Fatah Alliance issued statements condemning the targeting of foreign missions in Iraq, about a year after the escalation of missile attacks against the United States Embassy in Baghdad and some Iraqi camps that include American soldiers .

In fact, some of the factions under these two groups, such as Kataeb Hezbollah (the Hashd) and Asa’ib Ahl al-Haq (Al-Fateh and the Hashd), were promoting and glorifying the missile attacks targeting US interests in Iraq.