The Parliamentary Finance Committee revealed, on Sunday, the size of the Kurdistan region’s share in the draft federal budget law for 2020.

Committee member Ahmed Hama said in a statement to / information /, that “the share of the Kurdistan region within the draft federal budget law for the year 2020 amounted to 12 trillion Iraqi dinars and 606 million dinars,” noting that “the budget will be decided in the coming days.

He added that “the draft federal budget law for 2021 has not yet reached the House of Representatives, and the region’s share in it has not been definitively determined,” indicating that “the 2021 budget is still in the process of discussion and preparation within the Council of Ministers.”

The Parliamentary Strategic Planning Committee indicated, last Sunday, that the draft federal budget law for 2021 will include new funding sections to get rid of the oil dependence. 25 T. 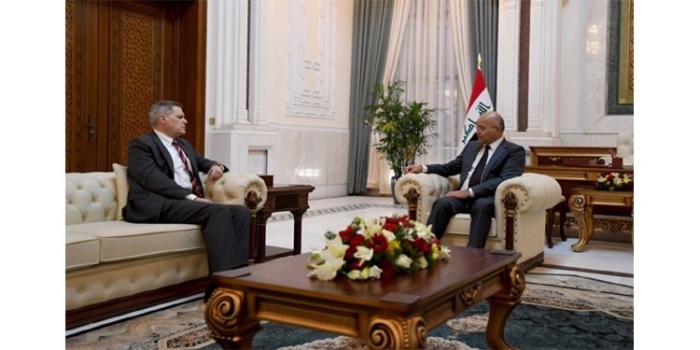 The number of readings 5

Baghdad / Obelisk: The President of the Republic, Barham Salih, received, on Sunday, September 20, 2020, the US Ambassador to Iraq Matthew Tueller.

The meeting discussed the latest developments on the regional and international arenas. Emphasis was placed on the need to reduce tensions and use the language of dialogue in resolving outstanding issues, leading to security and stability, respect for sovereignty and rejection of interventions and attacks. 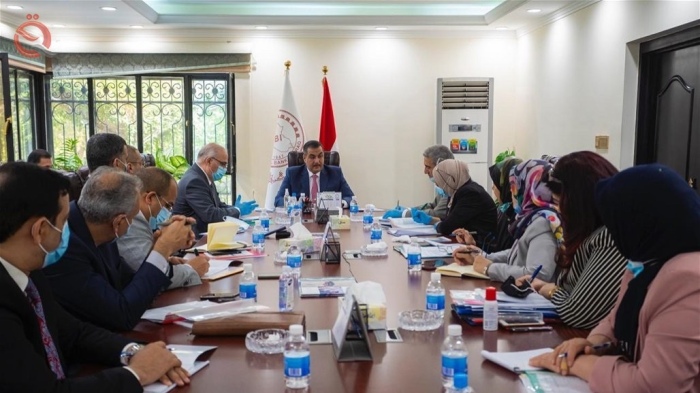 The Central Bank’s Media Office announced, on Sunday, that the Bank’s Board of General Directors has adopted a paper to reform the banking sector.

The office said in a statement, “Al-Eqtisad News” received a copy of it, that “the Governor of the Central Bank of Iraq, Mustafa Ghaleb, chaired a meeting of the Bank’s General Directors Council.”

The statement added, “The meeting discussed a number of issues, the most prominent of which was preparing a paper to reform the banking sector. The council adopted that paper in preparation for submitting it to the Central Bank’s Board of Directors for approval and direct implementation.”

The number of readings 91

Baghdad / Obelisk: The Minister of Foreign Affairs, Fouad Hussein, revealed, on Sunday September 20, 2020, the date of the visit of Prime Minister Mustafa Al-Kazemi to the French capital, Paris.

Hussein said in a press statement followed by the “obelisk” that one of the goals of his visit to Paris is to prepare for the prime minister’s visit to France, which is likely to take place in the middle of next October.

He added that among the topics discussed in the prime minister’s visit would be an Iraqi request to purchase French weapons, according to the needs of the Iraqi army.

Hussein revealed that, among the goals of his European tour, he asked the European Parliament to send observers for the parliamentary elections that are supposed to take place in Iraq next June, and he also asked the Union to remove his country’s name from the list of countries that finance terrorism or allow money laundering.

Earlier, Foreign Minister Fouad Hussein announced, Friday, September 18, 2020, that Prime Minister Mustafa Al-Kazemi will visit the French capital Paris next month, while stressing the need for continued French support for Iraq within the framework of the international coalition to prevent the return of terrorist groups’ activity.

And Prime Minister Mustafa Al-Kazemi considered, on Wednesday, September 2, 2020, that the visit of French President Emmanuel Macron is a true beginning of a French-Iraqi partnership, while noting that Iraqi sovereignty is a red line.

Al-Kazemi said in a press conference he held with French President Emmanuel Macron, which was followed by the “obelisk,” I am happy Macron’s visit to Baghdad, and France is an important partner for Iraq.

He added: We are interested in expanding the partnership with France, noting that there are many aspects of cooperation between Iraq and France.

He continued: We seek to activate the strategic understanding document between the two countries, pointing out that France has provided support to Iraq in its war against ISIS.

He stressed: We will work to overcome all challenges facing French companies, thanking Macron for his interest in protecting Iraq’s sovereignty, as Iraqi sovereignty is a red line.

For his part, the French President affirmed his country’s readiness to commit to securing energy sources for Iraq, while noting that France would support important projects, including the Baghdad Metro. 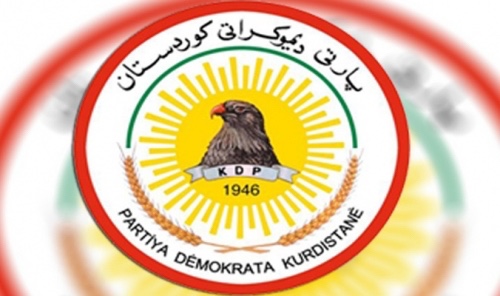 The Kurdistan Democratic Party revealed, on Sunday, the developments of the agreements between Baghdad and Erbil, while noting that the presence of representatives from the General Authority for Customs Ports at the border crossings of the Kurdistan region

The deputy of the party bloc, Diyar Barwari, said that “among the previous agreements between Baghdad and Erbil, which have been confirmed at the present time, is the issue of the delivery of 250 thousand barrels of oil from the region to the SOMO company for the year 2020, as well as the issue of revenues from the border ports,” indicating That “there is a part of the internal sovereign imports related to the internal authorities of the region will be inventory, and then divided into 50 percent for each of the federal government and the region.”

He added, “The agreement focused on coordinating the two bureaus of financial control in the federal government and the region to monitor imports in general, in addition to assessing internal imports, as well as the presence of representatives from the General Authority for Customs Ports in the border outlets of the Kurdistan region, for the purpose of ensuring the application of the customs tariff law.” He pointed out that “these details will be the basis for the 2021 budget and other budgets.”

He stressed that “the Iraqi state is working on preparing a strategy for the next three years 21, 22 and 23, and the Ministries of Finance and Planning are working on preparing this strategy, and it relates to financial management for the next period, how to increase internal imports, focus on industry and agriculture, and control imports in border areas in general, increasing internal imports and reducing them.” From reliance on oil imports in the federal budget, which are working strategies that will be included in the upcoming annual budgets.