Special – Mawazine News
The representative of the Al-Fateh Alliance, Ahmed Al-Moussawi, revealed, on Wednesday, that a meeting was held between the Sadrist movement’s candidate for prime minister, Jaafar Al-Sadr, and the head of the Al-Fateh Alliance Hadi Al-Amiri.
Al-Moussawi said in an exclusive interview with Mawazine News Agency, that the meeting will include the presentation of a political initiative by the Sadrist movement, which includes several points, and the coordination framework will meet today to discuss them, and then respond to them.
He added, “We hope that there will be a political breakthrough in the coming days,” and that the issue needs concessions from all political parties, to sit at a dialogue table and not to boycott the political process. Ended 29/R77

743 Economie 06/01/2022 21:20
Baghdad today – follow up
Unusually, Iraq recorded positive economic indicators in the past weeks, as Iraqi Finance Minister Ali Allawi confirmed that the country’s cash reserves are expected to rise to more than 90 billion dollars by the end of 2022, noting that this level is a record for Iraq, in the meantime. The International Monetary Fund expected the Iraqi economy to grow by 9.5% this year, to be the highest in the Arab world.
The Iraqi minister considered that the recovery in oil prices and the financial management, which he described as “wise”, helped the reserves reach the level of 70 billion dollars last April, after the country’s foreign exchange reserves decreased to an alarming level in 2020 when the Corona pandemic caused in the collapse of global oil prices.
Reasons for growth
These positive figures for the Iraqi economy raise questions about their causes, as the appearance of Muhammad Salih, the economic advisor to the Iraqi Prime Minister, in his speech to Al-Jazeera Net, indicates that the high volume of cash reserves in the country is due to the rise in global oil prices, with an estimated increase on average between 40% and 45% over last year.
Saleh added that the Iraqi government relies on oil to pay internal expenses after replacing it with the local Iraqi currency according to the dinar exchange rate issued by the Central Bank, which is equivalent to 1460 dinars per dollar.

Consequently, since the external financial flows are greater than the volume of internal spending, which adopts a ratio of 1 to 12 according to the decision of the financial administration due to the failure to approve the country’s federal budget, this led to the accumulation of foreign exchange at the Central Bank and an increase in the volume of reserves, as he put it.

And about the positives, he explained that the volume of foreign exchange is close to covering the value of the Iraqi currency and the volume of currency circulating locally, which constitutes a stabilizing factor for the dinar, which helps to face inflation inside the country due to the repercussions of the continuation of the Russian-Ukrainian war.
Is it real growth?
The data of the International Monetary Fund raise many questions about whether the growth of the Iraqi economy is real, especially with regard to the stability of the national currency, and in this regard, the financial expert Mahmoud Dagher says that the high growth rate in Iraq is currently due to the emergence of the oil sector as the only source of economic added value, While the non-oil economic sectors are declining.
Speaking to Al Jazeera Net, Dagher explains that the economic growth announced by the International Monetary Fund is considered growth for the oil sector and not for the real Iraqi economy, and without the oil sector, Iraq will not record any real growth at such a percentage announced by the Fund.
He added that the rise in the reserves of the Central Bank of Iraq is not a complete indicator of the economic situation, explaining that the volume of reserves does not cover the volume of Iraqi cash, which amounted to 80 trillion dinars, and therefore the proportion of the volume of reserves is less than it was two years ago when the size of the Iraqi monetary bloc was approximately 60 trillion dinars, explaining that the current reserves provide a sufficient volume of liquidity to import from abroad without providing financial stability for the local currency.

And this opinion goes to Professor of Economics at the Iraqi University Abdul Rahman Al-Mashhadani, who says that the increase in the volume of central bank reserves is due to the difference in the ratio between Iraq’s imports in dollars and what the Iraqi government sells in the currency auction, explaining that Iraqi imports amounted to 8 billion dollars per month, while the currency auction It sells a total of $4.5 billion per month.
Its reflection on the Iraqis
Despite this economic boom revealed by the numbers, the Iraqis are wondering about the reasons that prevent this from being reflected on the Iraqi people, who suffer from high rates of inflation, poverty and unemployment. Public finances after the expiry of more than 5 months of the fiscal year.
Because of this, according to Al-Mashhadani, a problem arose for the government in how it handled the financial surplus, commenting that the Iraqi government had limited employment in the public sector since 2014 in light of the fact that the private sector has many problems and depends heavily on the public sector, as well as He stated that the recently approved law criminalizing normalization with Israel includes legal articles that will cause great harm to foreign investment in Iraq, which will increase economic difficulties, according to it.

And financial expert Mahmoud Dagher adds other reasons, which are that Iraq is witnessing political problems that hinder the formation of the government and the approval of the country’s general budget, which means a crisis in dealing with the Iraqi economy, which prevents Iraqis from benefiting from the large financial returns.

As for the former member of the Parliamentary Finance Committee, Ahmed Hama Rashid, he believes that the main reason for Iraqis not benefiting from the financial abundance is due to the lack of productive economy growth inside the country, which is the main driver of internal growth due to the provision of job opportunities, pointing out that Iraq is witnessing an increase in financial revenues with The continued decline of the productive economy, according to him.

Rashid adds to Al Jazeera Net that there is no productive sector that contributed to the increase in the growth rate announced by the International Monetary Fund, and therefore Iraq can buy US treasury bonds or any other country with a small profit margin without being able to invest money internally, describing economic growth as a “bubble.” economic”, which leads to Iraq remaining among the countries with a fragile economy unless it addresses its structural problems.
As for the government, the appearance of Muhammad Salih, economic advisor to the Iraqi Prime Minister, believes that there are no positive repercussions in the Iraqi street unless the country’s general budget is approved, which includes social and investment expenditures, especially since it is hoped that the value of the country’s general budget, if approved, will reach 200 trillion dinars, equivalent to $136 billion, up from $90 billion in the 2021 budget.

And the Iraqis remain hostages of political positions that keep them from benefiting from the large financial revenues that Iraq has enjoyed, especially with the rise in oil prices and the increase in the volume of Iraqi oil exports to a record level in the past months.

Baghdad / Obelisk: The President of the Republic, Barham Salih, and the Special Representative of the Secretary-General of the United Nations in Iraq, Jeanine Hennis-Plasschaert, stressed, on Wednesday, June 1, 2022, the importance of getting out of the political impasse, while stressing the unity of the national ranks and the start of meeting national entitlements.

The Presidency of the Republic said in a statement received by the Obelisk that the President of the Republic, Barham Salih, received the Special Representative of the Secretary-General of the United Nations in Iraq, Jeanine Hennis-Plasschaert.

She added that during the meeting, the overall political, security and economic developments in the country were discussed, noting that it was emphasized the need to enhance security stability and pursue remnants of terrorism that seek to destabilize the security and stability of citizens in some regions and towns.

And she added that the two sides also stressed the importance of supporting the path of dialogue and convergence to get out of the current political impasse, and taking into account the many challenges facing the country, which call for bridging the national ranks, addressing outstanding issues in a spirit of responsibility, and embarking on meeting the national entitlements in a way that lives up to the aspirations of the Iraqis. 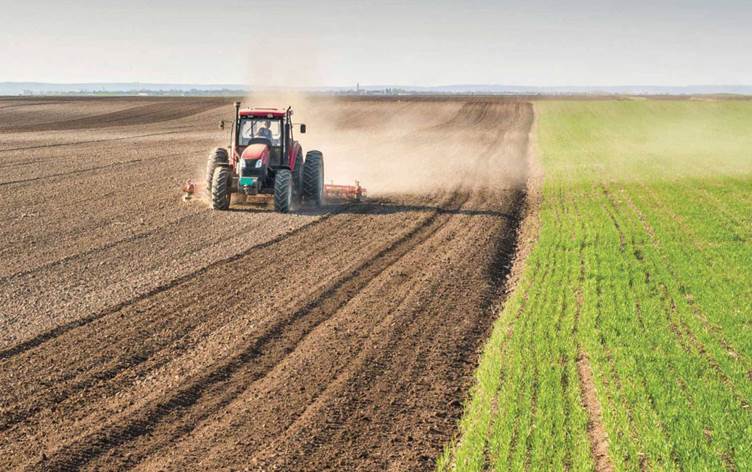 Shafaq News/ The Iraqi Ministry of Trade announced, on Wednesday, new support amounts for farmers and farmers’ entitlements, allocated by the Ministry of Finance for trade today.

The Minister of Commerce, Alaa Al-Jubouri, said in a statement received by Shafak News Agency, that the Ministry of Finance allocated today an amount of 500 billion new dinars to support the entitlements of farmers and farmers for the wheat marketing season for the year 2022.

Al-Jubouri valued the great support provided by Minister of Finance Ali Allawi in following up the entitlements of farmers and farmers, stressing that the support given by the Minister of Finance for the success of the marketing season this year by paying farmers’ entitlements contributed greatly to ending this file and providing support to farmers.

Al-Jubouri indicated that the marketing season for the wheat crop achieved great success through government support for the agricultural sector, by receiving all marketed quantities from farmers, whether inside or outside the plan or by increasing the price of one ton of the wheat crop, which reached 850 thousand dinars, As well as paying farmers’ dues very urgently and within 72 hours.

Al-Jubouri called on the peasants and farmers who market the wheat crop this season to review the marketing centers in Baghdad and the governorates for the purpose of receiving the amounts related to the quantities that were marketed this season.

The head of the Al-Fateh Alliance Hadi Al-Amiri received, on Wednesday, the head of the United Nations mission in Iraq, Jeanine Plasschaert, in his office in the capital, Baghdad.
A statement by Al-Amiri’s office, of which Mawazine News received a copy, stated that the two sides discussed the overall political situation and the latest developments in the local scene, while stressing the need to end the political blockage and resolve the current crisis in preparation for forming the next government.
For his part, Al-Amiri affirmed support for the coordination framework for the initiative of the independents, which includes converging visions between the two parties, stressing the need to announce the formation of the largest bloc and guarantee the right of the largest social component.
Al-Amiri explained that the framework is open with everyone who wants to bring their views closer in order to reach a point of convergence and understanding in order to end the blockage and form a government capable of carrying out its responsibilities in providing services and all important files that achieve the interests of the Iraqi people. Ended 29/R77