Earth News/ An informed source revealed today, Sunday, the arrival of the commander of the “Quds Force” of the Iranian Revolutionary Guard, Ismail Qaani, to Iraq, with the aim of bringing the views closer on the file of forming the new Iraqi government.

The source told Earth News, “The commander (Quds Force) of the Iranian Revolutionary Guard, Ismail Qaani, arrived in Iraq, with the aim of holding meetings with the Iraqi political forces to bring closer views on the file of forming the new Iraqi government, and work to unify positions within the Shiite political house, after the differences between the two parties. The coordination framework and the Sadrist movement.

Yesterday, Saturday, the head of the Al-Fateh Alliance Hadi Al-Amiri held a meeting with the head of the Sadrist movement, Muqtada Al-Sadr, during which they discussed the next steps to form the government, while sources revealed the most prominent discussions in the meeting, stressing that Al-Amiri stipulated that Al-Sadr not prejudice the popular mobilization and resort to the coordination framework in the event The next prime minister wanted to take fateful decisions for consultation, while he expressed his initial approval to expel al-Maliki and Qais al-Khazali in the event of an alliance with the current. The first deputy, Hakem al-Zamili, and the second deputy, Shakhwan Abdullah, without the approval of the coordination framework, which considered the session invalid and confirmed that he would submit an appeal to the Federal Court, which in turn issued a state order to suspend the Presidency of Parliament until the lawsuit is resolved.

Shafaq News/ The Security Media Cell confirmed on Sunday that two private banks were targeted with two explosive devices in the center of the capital, Baghdad.

The cell said in a statement received by Shafaq News Agency, “The security forces are opening an investigation into two simultaneous incidents in the Karrada area of ​​Baghdad, which occurred this evening, the first was the explosion of a sound bomb on Cihan Bank near the National Theatre, and the second was the explosion of a sound device that also targeted the Kurdistan Bank near the Al-Wathiq Square, and the two incidents resulted in minor injuries to two citizens.

The two banks are owned by businessmen from the Kurdistan Region.

“On this occasion, we reaffirm the cooperation and common understanding between all the forces, parties and components of Iraq, in order to overcome difficulties and solve problems for the sake of a better present and future for the country,” the region’s president said in a statement.

For his part, Kurdistan Regional Government Prime Minister Masrour Barzani said, “On the occasion of the success of the eighteenth conference of the Islamic Dawa Party and the renewal for you as Secretary-General of the party, I offer you my warmest congratulations and blessings, wishing you and the brothers in the Dawa Party further progress and success.”

Shafaq News/ Sources in the coordination framework that includes Shiite political forces, with the exception of the Sadrist bloc led by Muqtada al-Sadr, revealed an expected meeting between the leaders of the framework and al-Sadr, within the next 48 hours, to complete the negotiating dialogues and resolve the controversy over the most numerous Shiite bloc in the Fifth Parliament.

The source told Shafaq News Agency, “An upcoming meeting will be held between all the forces of the coordination framework, including the head of the State of Law coalition, Nuri al-Maliki, and the leader of the Sadrist movement Muqtada al-Sadr, within the next 48 hours, his location has not yet been determined, in order to agree on a mechanism for resolving issues.” The relationship that prevents the alliance of all Shiite forces.”

He added that “the upcoming meeting may be the last between the framework and al-Sadr, and if it does not lead to real solutions that satisfy all parties, tension will prevail between the Shiite parties, even if the government is formed.”

Yesterday, Saturday, the head of the Al-Fateh Alliance Hadi Al-Amiri visited “Al-Hanana” in Najaf (Al-Sadr’s residence) and held a meeting with him in which he discussed a number of outstanding issues between the framework and Al-Sadr.

On the other hand, the leader of the Al-Fateh Alliance, Ali Hussein Al-Fatlawi, told Shafaq News Agency, “It is hoped that a meeting will be held between the framework and Al-Sadr very soon to resolve most of the outstanding or disputed files between the two parties, to find a consensual formula to end the dispute.”

Al-Fatlawi stressed that “the meeting this time will be in the presence of all the forces of the framework, including al-Maliki, in order to ensure that all forces enter into a unified Shiite alliance without excluding any party.”

He added, “The framework is striving hard to unify the Shiite house, especially after the recent political blockage. Undoubtedly, (Al-Amiri’s meeting with Al-Sadr) yesterday may contribute to paving the way for matters, and thus the consensus between the framework and Al-Sadr will resolve all matters.”

Al-Fatlawi pointed out that there are three matters agreed upon by the two parties, which will be discussed again, including the right to nominate the prime minister by the Sadrist bloc, and the framework has the right to refuse or accept, as well as to address the corruption file that has become irritating the Iraqi street, in addition to the fact that the framework wants to enter in an overall and complete manner. in a united Shiite bloc, without exceptions.”

The leader of the Al-Fateh Alliance, Hussein Al-Fatlawi, concluded that “the outcomes of the upcoming meeting will clarify the path of the process or the political relationship between the coordination framework and the leader of the Sadrist movement.”

The State of Law Coalition MP Mahmoud al-Salami had stressed, in previous statements, the need for the upcoming dialogue between the framework and the movement to reach a rapprochement, especially after statements from some leaders began revealing their agenda and foreign plans that they want to implement to exclude a Shiite party, which will not be allowed. Any party from the Shiite component because this procedure weakens the component, even though the formation of the government takes place through it.

The dispute is raging between the Coordination Framework Forces and Sadr, who strongly refuses to enter into an alliance that brings him together with Maliki, whose alliance won 33 parliamentary seats in the elections that took place in October 2021, thus forming (the rule of law) the backbone of the coordinating framework forces, while the Sadrist bloc won 73 Parliament seat.

Shafaq News/ The Federal Supreme Court has set, next Wednesday, a date to consider the two cases regarding the unconstitutionality of the first session of the House of Representatives.

The media of the Federal Supreme Court said, in a statement received by Shafak News Agency, that it had set nine o’clock in the morning on Wednesday, corresponding to January 19, 2021, as a date to consider the two lawsuits numbered 5 / federal / 2022 and 6 / federal / 2022, which were filed by the plaintiff in the name of Khazal Khashan And the plaintiff, Mahmoud Daoud Salman, is the Speaker of the House of Representatives, in addition to his job to challenge the constitutionality of the first session of the Iraqi Council of Representatives in its fifth session.

On the thirteenth of this month, the Federal Supreme Court (the highest judicial authority in Iraq) issued a decision to temporarily suspend the work of the Presidency of the Iraqi Council of Representatives, after two lawsuits submitted by the independent representative, Basem Khashan, and Representative Mahmoud Dawood Salman regarding the first session and the related constitutional violations And for the internal system of the Council.

The court stated, “The decision was issued in agreement and is final and binding on all authorities.”

The Iraqi Shiite leader Muqtada al-Sadr, whose political alliance won the highest seats in the parliamentary elections, reiterated his assertion to proceed with the formation of a national majority government.

This came in a tweet to him, on Sunday, one day after a meeting with Hadi Al-Amiri, the leader in the “coordinating framework”.

Al-Sadr said in his tweet: “No eastern, not western, national majority government.”

Eastern and Western are terms used by Al-Sadr to indicate his rejection of Iranian and American foreign interference in forming the government.

Al-Sadr’s position comes one day after his meeting at his home in Najaf, in the south of the country, with Hadi al-Amiri, the leader of the “Al-Fateh” coalition, which includes most of the popular crowd factions, and is affiliated with the “coordinating framework.”

The Sadrist bloc topped the October 10 elections, with 73 seats, followed by the Progress Alliance with 37, the State of Law coalition with 33, and the Kurdistan Democratic Party with 31.

For weeks, the axis of the forces of the coordination framework, which includes the State of Law coalition, the State Forces Alliance, the Victory Alliance, the Al-Fateh Alliance (the Popular Mobilization factions are some close to Iran), the Ataa Movement, and the Virtue Party, have led to understandings that lead to the formation of a political majority government far from the orientations of al-Sadr, who adopts Formation of a national majority government. 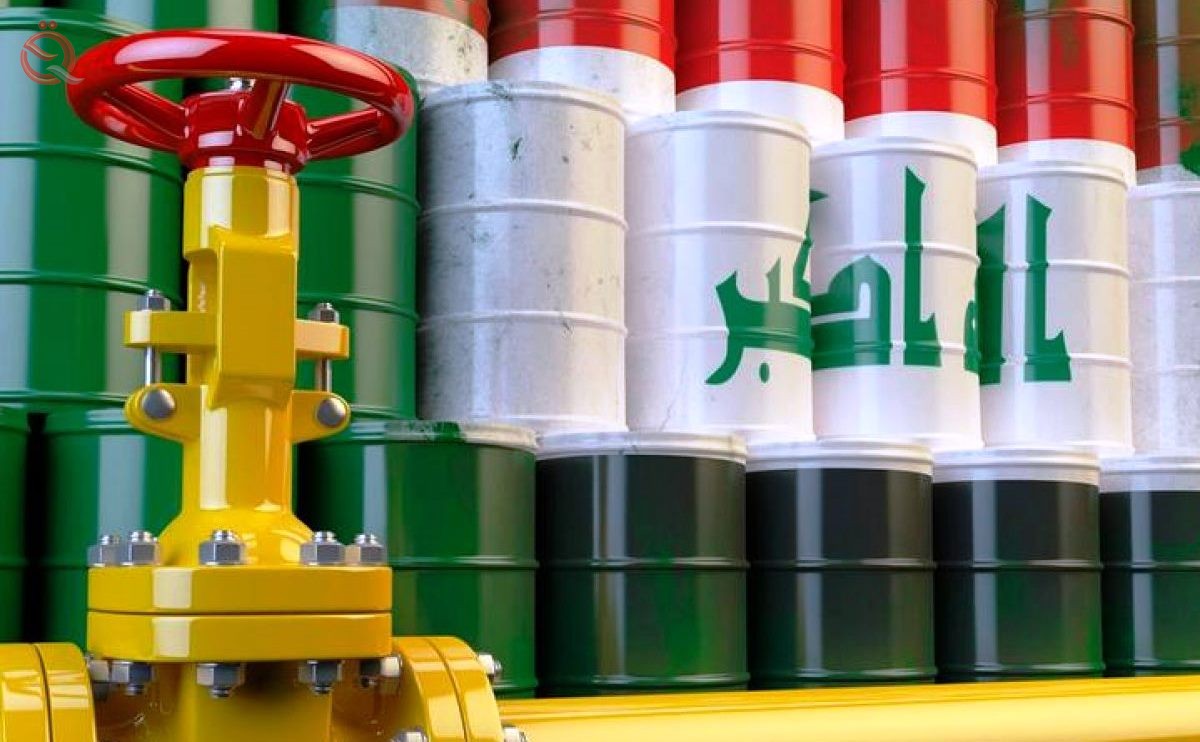 A statistic for CNBC News showed, today, Sunday, that Iraq occupies the fifth place with the largest oil reserves in the world in the year 2021.