Shafaq News/ An informed political source revealed that the two largest coalitions of Sunni political forces on Saturday evening chose Muhammad al-Halbousi as a candidate for the presidency of the Iraqi parliament in its fifth session.

The source told Shafaq News Agency, that members of my alliance, headed by Muhammad al-Halbousi, and a determination led by Khamis al-Khanjar voted unanimously to choose al-Halbousi as a candidate for the Sunni forces to occupy the position of parliament speaker for a second term.

The source had told Shafaq News Agency, that the two alliances reached an agreement during a meeting held in Baghdad to form a unified alliance headed by Khamis al-Khanjar.

The progress and determination of the two largest alliances of Sunni political forces are considered, and the first won 37 seats in the last parliamentary elections that took place last October, while the second won 14 seats.

The agreement comes on the eve of the parliament’s first session to elect a speaker and two deputies.

The agreement also comes after a lightning visit by Al-Halbousi and Khanjar to Erbil; During which they met the Kurdish leader and head of the Democratic Party Massoud Barzani.

“Nas” channel on Telegram.. our latest updates  Al-Shabibi’s family announced the news of his death through a statement published by (Nawar Al-Shabibi), the daughter of Sinan’s brother, the former governor of the Central Bank of Iraq.

Sinan Muhammad Reda al-Shabibi, born on July 1, 1941, in the capital, Baghdad, is an economist and served as the governor of the Central Bank of Iraq, from September 2003 to October 2012.

Baghdad – Mawazine News
, a legal expert, Tariq Harb, said, on Saturday, that the election of the head of the Progress Alliance, Muhammad al-Halbousi, to the presidency of the House of Representatives will be the fastest.
In an interview with Mawazine News, Harb said, “The election of Al-Halbousi as Speaker of Parliament will be the fastest in the history of the Parliament Speaker’s elections, due to the great parliamentary support he obtained that guarantees his obtaining the Sadrist, Sunni and Kurdish parliamentary majority.”
And he added, “As Al-Halbousi separates him from the position only hours tonight.” Ended 29 / h

{Local: Al Furat News} The deputies of the Kurdistan Democratic Party bloc are preparing to head to Baghdad to attend the first session of the House of Representatives in its fifth session.

An informed source said in a press interview, “The representatives of the Kurdistan Democratic Party went to the capital, Baghdad, to attend the parliament session (taking the oath) and to elect the Presidency of the House of Representatives for the fifth parliamentary session.”

And the General Secretariat of the House of Representatives announced, earlier, the completion of all preparations for holding the first session of Parliament tomorrow, Sunday, while indicating that the session will be limited to the winning representatives without the presence of diplomats and personalities. 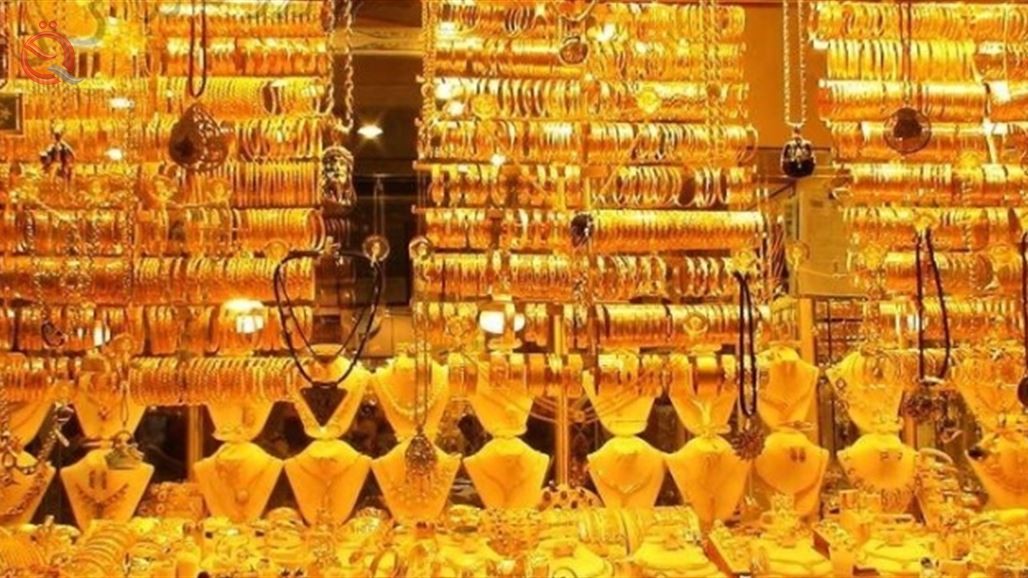 Today, Saturday, the World Gold Council announced a decline in world gold reserves after the central banks of countries sold large quantities of gold within one month, while Iraq maintained its global position.

In its latest schedule for the month of January 2022, which was reviewed by Al-Eqtisadiah News, the council said that “the global reserves of gold declined as a result of the central banks selling large quantities of it, amounting to 21.5 tons of gold,” noting that “Uzbekistan sold gold by 21.5 tons to reach to 353.6 tons, while Turkey sold 7 tons, Russia 3.1 tons and the Kyrgyz Republic 1.4 tons.

He pointed out that “Iraq maintained its global position 39 for the sixth consecutive month out of the 100 countries listed in the table with the largest gold reserves, reaching 96.4 tons of gold, which represents 9% of the rest of its other reserves.”

He explained that “Iraq also maintained its fifth rank in the Arab world after Saudi Arabia, Libya, Algeria and Lebanon,” noting that “the total possession of gold in the five Arab countries amounts to 996.5 tons.”

He pointed out that “the United States still leads the rest of the countries with the largest gold possession in the world, with 8,133 thousand tons, followed by Germany, 3,359 thousand tons, then Italy 2,451 thousand tons, while Suriname ranked 100, with 1.5 tons, preceded by Yemen, with 1.6 tons.”

{Political: Al Furat News} The parliament hall is now fully prepared before the first parliamentary session of the fifth session.

Parliament will hold its session tomorrow at eleven o’clock in the morning with a limited number of media professionals due to the circumstances of the Corona pandemic, as announced by the Council’s media department.

The session will be held under the chairmanship of the eldest member, Mahmoud al-Mashhadani, a leader in the Azm Alliance, who previously headed the parliament (Al-Mashhadani) from 2006-2009.

Iraqis are looking with interest at the course of the parliament session that will be held on Sunday, as the current parliament is the first of its kind, as it came after the first early parliamentary elections following popular protests in Iraq in October 2019, in which more than 800 martyrs were killed and thousands were wounded.

{Political: Al Furat News} Iraqis are waiting tomorrow, Sunday, to hold the first session of the new parliament in its fifth legislative session after 2003, after the President of the Republic, Barham Salih, called for the session to be held on the ninth of this January.

Yesterday, Friday, the Media Department of the House of Representatives published the agenda of the session, which included the repetition of the constitutional oath of the winning deputies in the early elections that took place on the tenth of last October.

The session will be held under the chairmanship of the eldest member, Mahmoud al-Mashhadani, a leader in the Azm Alliance, who previously headed the parliament (Al-Mashhadani) from 2006-2009.

Iraqis are looking with interest at the course of the parliament session that will be held on Sunday, as the current parliament is the first of its kind, as it came after the first early parliamentary elections following popular protests in Iraq in October 2019, in which more than 800 martyrs were killed and thousands were wounded.

A statement issued by the Kurdish leader’s media office said that during the meeting, an exchange of views took place on developments in the Iraqi political arena, steps for holding the first session of the Iraqi parliament, and forming the new Iraqi government.

The statement added that in the same meeting, it was stressed the need to bring the Iraqi components together, and to take into account the interest and stability of the country.

Shafaq News/ The leader of the Sadrist movement, Muqtada al-Sadr, renewed on Saturday his position regarding the formation of the next federal government, and that it will be a “national majority” government.

This came in a tweet he posted on the social networking sites “Twitter”, on the eve of the first session of the House of Representatives in its new session, and the intensification of meetings and meetings between the main political components in the country (Shiites, Kurds, Sunnis) with the aim of naming the three presidencies, and proceeding with the formation of the government.

Al-Sadr continued, “Today, we and the people will say: No, our decision is Iraqi Shiite, Sunni, Kurdish, Turkman, Christian, Faili, Shabak, Yazidi, Sabean: (an Iraqi national mosaic, neither eastern nor western).”

Shafaq News/ The Kurdistan Democratic Party announced that the joint Kurdistan delegation currently visiting Baghdad will decide today, Saturday, the issue of the candidate for the position of President of the Iraqi Republic, who is from the component’s share according to the political custom in force in the country.

This came in a statement by the party’s spokesman, Mahmoud Muhammad, after a meeting held by Kurdish leader Massoud Barzani, with the head of the “Progress” alliance, Muhammad al-Halbousi, the head of the “Azm” alliance, Khamis al-Khanjar, and the delegation accompanying them in Salah al-Din in Erbil Governorate, the capital of the Kurdistan Region.

Muhammad said that “the delegation (which includes al-Halbousi and the dagger) was in a hurry and returned to Baghdad,” adding that “the Sunnis, although they are two different lists, but currently they agree to participate in the next government, and that they (the two lists) are close to the Kurdish side,” referring to the Kurdish party. to “progress” and “determination”.

He went on to say, “We are waiting for the Shiite brothers to agree among themselves, and not to delay the political process more than that,” stressing, “Tomorrow the parliament session will be held, and we hope that all parties will participate in it.”

Regarding the candidate for the presidency of the Iraqi Council of Representatives, the KDP spokesman said, “The parliament’s presidency deserves the Sunni party, and we want them to announce this thing.”

He added, “Today, the issue of the presidency will be resolved by virtue of the fact that the delegation of our two parties (the Kurdistan Democratic Party and the Patriotic Union) is in Baghdad and has the authority to resolve this issue.”

He also indicated that “the Kurdish priority in the next squad is the real partnership in governing the country, as well as the constitutional balance, and for this we wrote a work program with the Patriotic Union to be part of the program of the next government and include the demands of the Kurdistan people.”