{Economic: Al Furat News} Iraq, which is facing a severe energy crisis, is holding talks with Saudi Arabia in order to purchase electric power, according to what was confirmed, Sunday, by the Minister of Oil, Ihsan Ismail.

Iraq has huge reserves of oil and gas, and is the second largest producer in the Organization of Petroleum Exporting Countries (OPEC), but it is facing an acute energy crisis due to decades of war, corruption and deteriorating infrastructure, and suffers from rationing of the electric current, which increases discontent in the country.

The minister said, during a meeting with journalists, that “the dialogue with the Kingdom of Saudi Arabia and the Gulf connection are within the axis of securing and stabilizing the production of electric energy. So far, the issue is under discussion.”

He added, “There is a high response and coordination from the brothers in the Gulf Cooperation Council, especially the Kingdom of Saudi Arabia, and there is a desire to help Iraq,” according to what was reported by “AFP.”

He stated that the negotiations focus especially on the price, explaining, “We have received a price and we believe that it can be improved.”

He talked about several criteria related to how the price is determined, especially the “quantity of electrical energy to be imported”, and the duration of these imports, whether “over 365 days or six months during the summer and the height of winter.”

Iraq currently produces 15,000 megawatts of electricity, much less than the 30,000 megawatts it needs to meet its peak summer needs each year, according to the minister.

It is expected that the needs will increase in the future in a country whose population the United Nations expects to double by 2050.

Iraq, with a population of 40 million, depends on Iran for about a third of its gas and electricity supplies, as the decline in its infrastructure prevents it from achieving energy independence.

Iraq owes Iran $4 billion in gas supplies, but the latter has cut off gas and electricity from Iraq more than once, to push it to pay its dues.

Iraq has also concluded agreements to start constructing electricity production plants through solar energy. He aspires to sign several contracts that will allow him to produce 7,500 megawatts by 2023, and 12,500 megawatts in the next stage, which is equivalent to more than 25% of the country’s electricity needs, according to the Minister of Oil.

{Economic: Al Furat News} The Central Bank announced, on Sunday, the signing of a memorandum of understanding with the Central Bank of the United Arab Emirates to develop relations between the two countries.

{Political: Al-Furat News} National Security Adviser, Qassem Al-Araji, discussed in his office today, Sunday, the Coordinator of the US National Security Council for the Middle East and North Africa, Brett McGurk, and his accompanying delegation, in the presence of the US Ambassador in Baghdad, Matthew Tueller, the security and political situation in Iraq. Iraq and the region, and discuss the latest developments at the regional and international levels.

According to a statement by the National Security Council, Al-Furat News obtained a copy of it, “the commitment of the United States of America to the outputs of the strategic framework with Iraq,” noting that “his country, according to the agreement, will not use Iraq’s sky, land and water as a launching pad to attack neighboring countries, again.” Emphasizing his country’s support to strengthen Iraqi capabilities in the face of terrorism.

For his part, al-Araji indicated that “dialogue with others is important, and that the Iraqi government works with everyone,” stressing that “the truce is in the interest of the country, and that Iraq seeks to bypass the stage and move towards consolidating its security and stability and strengthening its capabilities in all fields.”

Shafaq News/ The President of the Republic, Barham Salih, discussed today, Sunday, with the Coordinator of the US National Security Council for the Middle East and North Africa Brett McGurk and his accompanying delegation the role of US forces in Iraq.

A statement of the presidency received by Shafak News Agency stated; During the meeting, bilateral relations between the two countries were discussed, developed and pushed in various political, economic, cultural and environmental fields through the existing strategic dialogue between the two countries in a way that achieves common interests, in addition to discussing ending the combat role of the international coalition, and strengthening the capabilities of the Iraqi security forces through advice. and emphasizing the importance of combating terrorism and its remnants.

The statement added; “The regional developments of common interest were discussed, as the need to defuse the crises surrounding the region and support the paths of dialogue and convergence to reduce tensions and prevent the outbreak of conflicts was emphasized.”

Saleh stressed the “important and pivotal role of Iraq in the region, as it represents an element of stability and consensus, and economic, commercial and development interdependence, in a way that achieves security and stability for the countries and peoples of the region,” according to the statement. 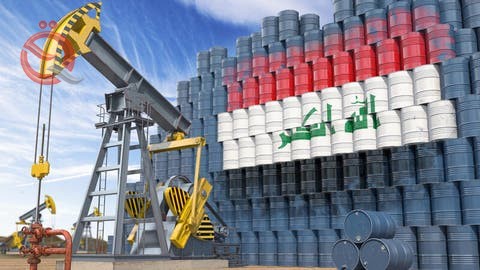 On Sunday, Oil Minister Ihsan Abdul-Jabbar revealed that his ministry is seeking to increase oil production to reach 8 million barrels of oil.

He pointed out that all the programs and plans implemented by the oil sector companies aim to achieve two goals: the first is to reach the planned increases of crude oil within the coming years, and the second is to invest all the quantities of gas produced in all fields, to achieve stability in the provision of gas supplies for the production of electric power and all associated industries.

For his part, the Director General of Maysan Oil Company, Ali Jassim, said during a press interview that the new projects are a series of projects implemented by his company in cooperation with international companies and contracting companies, with the aim of increasing production capacity and improving the quality of oils extracted from the ground. 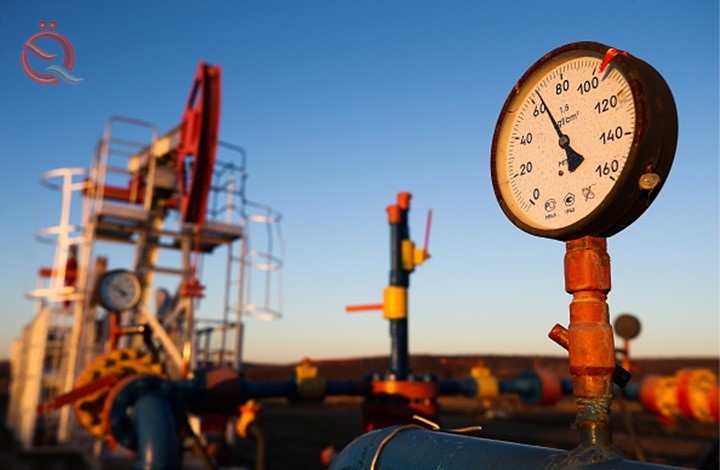 On Sunday, the US Energy Information Administration announced that Iraq’s oil exports to the United States increased to 248,000 barrels per day, on average, during the past week. 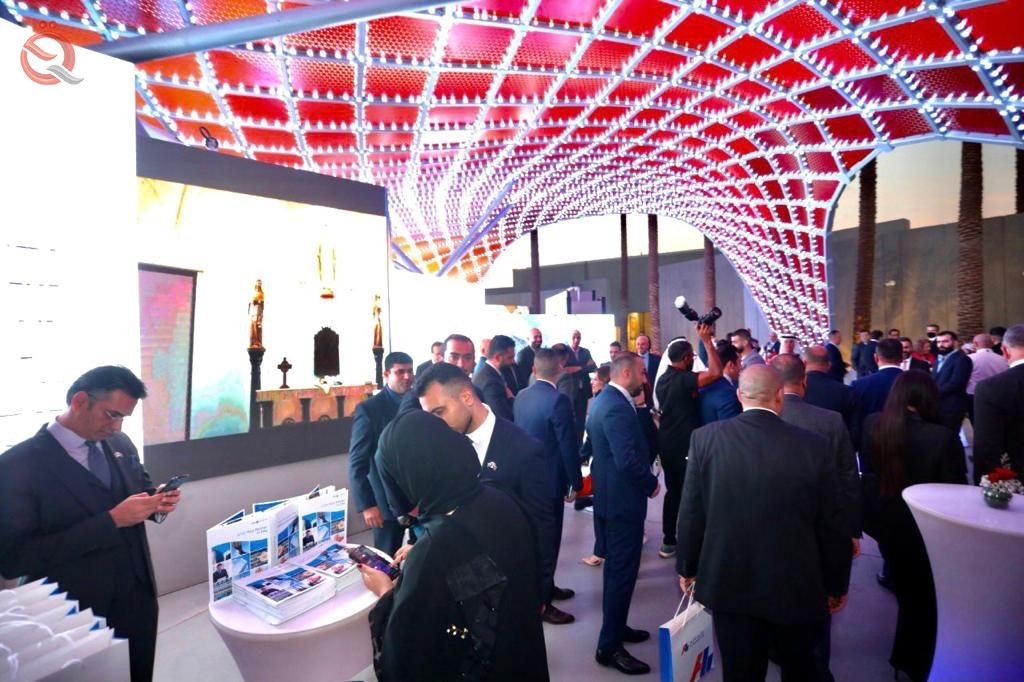 Today, Sunday, the Governor of the Central Bank of Iraq, Mustafa Ghaleb Mokhif, inaugurated the activities of the Iraqi Banking Week at the Iraq Pavilion at Expo 2020 Dubai.

The events were launched in the presence of the head of the Arab Monetary Fund, Abdul Rahman Al-Hamidi, the head of the Association of Iraqi Private Banks, Wadih Al-Handal, a number of general managers of the Central Bank, and heads of bank boards.

The Governor of the Central Bank said, in a speech during the launching ceremony of the events, according to a statement received by “Economy News”, that the launch of the Banking Week activities in the Iraq pavilion contributes greatly to the openness of the Iraqi banking sector to the Arab and international world, adding that the Central Bank’s oversight contributed significantly. Significant development in the banking sector.

He explained that there are many Iraqi banks that began expanding outside Iraq, and this is what made them obtain good ratings by the competent financial institutions, indicating that Iraq today has become an attractive arena for investments and requires an effective banking sector to keep pace with these investments.

On the other hand, the head of the Arab Monetary Fund, Abdul Rahman Al-Hamidi, praised the central bank’s policy that contributed to the development of the banking sector.

Al-Hamidi said that the Governor of the Central Bank of Iraq, Chairman of the Board of Governors of the Arab Monetary Fund, Mustafa Ghaleb, is now working to ensure the openness of the Iraqi banking sector to Arab and foreign banks.

In turn, the head of the Iraqi Private Banks Association, Wadih Al-Handal, said that the event of the Iraqi Banks Week in the Dubai Expo represents an important sign, and a very strong start, to revitalize banking relations with the outside world, noting that the banking sector today represents a major point in the development of the country’s economy.

He pointed out that the participation of banks and electronic payment companies in the activities of the Banking Week represents a strong and clear message to the world, that Iraq today is witnessing an openness carried out by the private sector, and the state must protect it and facilitate its tasks.

It is noteworthy that the Iraqi Banks Week, at Expo 2020 Dubai, includes many banking activities, informing the public about the banking services provided by banks, in addition to holding bilateral meetings between Iraqi banks and banks operating in the United Arab Emirates. 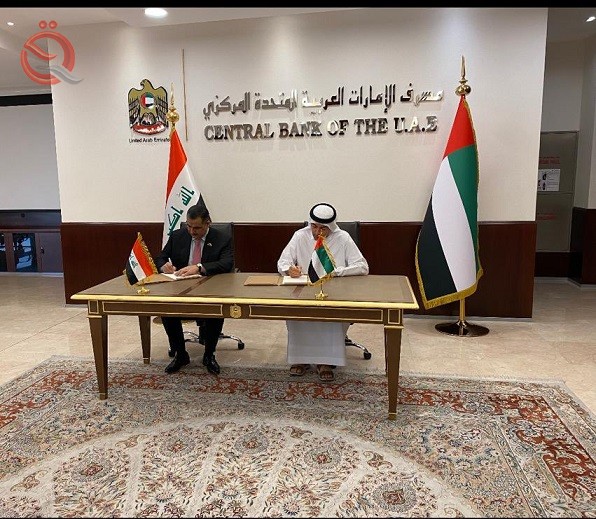 Baghdad – Mawazine News
, the President of the Republic, Barham Salih, received, on Sunday, at Baghdad Palace, the Vice President of the Kurdistan Regional Government, Qubad Talabani.
The Presidency of the Republic stated in a statement that Mawazine News received a copy of it, that “during the meeting, political and security developments in the country were discussed, as the importance of security and military cooperation and coordination was emphasized in order to close loopholes in areas where terrorist cells are active, taking advantage of that to threaten citizens.” the safe.”
And she added, “It was also emphasized that dialogue was needed to resolve outstanding issues and focus on citizens’ requirements.” Ended 29 / h