Saleh told Al-Furat News that “with regard to the sale of government bonds, they are presented to the sector, the public and banks, such as legal persons, which include banks or natural personalities as members of society, and everyone has the right to purchase.”
He added, “Banks follow their policies, such as diversifying their financial surpluses by purchasing bonds and investment specified by the regulatory regulations, such as not increasing them by specific percentages of the capital.”
Saleh explained, “These policies do not fall under the category of money laundering, because they are considered financial crimes such as theft and theft of public money.”
He pointed out that “the goal of collecting money must be spent on development or improving the capital of banks that support citizens, such as industrial, agricultural, real estate and housing, so that inactive money becomes effective and contributes to moving the economy.”
A government source said yesterday, Monday, in a press statement, that most of the bonds offered by the government are bought by banks through their cash reserves with the Central Bank of Iraq, while citizens are satisfied with only one percent of those bonds.
From time to time, the Central Bank issues bonds in favor of the Ministry of Finance, for the purpose of financing some public expenditures, as it recently issued construction bonds in denominations of 500 thousand dinars and one million dinars.

From: Raghad Daham / Tah: Wafaa Al-FatlawyShare if you like

{Economic: Al Furat News} The Minister of Oil, Ihsan Abdul-Jabbar Ismail, announced the approval of the Council of Ministers, in its session held today, Tuesday, to enter the national oil as a financing partner with Total in its giant project in Basra.

Ismail said in a statement that {Euphrates News} received a copy of it that “the Cabinet approved a set of important decisions that support the efforts of the Ministry and the National Oil in implementing their plans to maximize national production of oil and gas, and achieve financial revenues that support the general budget and the national economy.”
And he indicated that the Council of Ministers has decided to approve “the National Oil Company to enter as a financing partner with Total International in its giant project in Basra, and this step aims to expand the commercial and financial activity of the company with the aim of achieving economic returns and building solid partnerships with well-known international companies.”
The Minister of Oil indicated that

Shafaq News/ On Tuesday, Prime Minister Mustafa Al-Kazemi directed his government ministers to work at the same pace until the last moment of the life of the current government formation.

Al-Kazemi said in a speech during the cabinet session that was held today, “The ministers should continue to work at the same pace, and for the last moment of the government’s life, to provide service to citizens.”

Al-Kazemi addressed the elections, saying: We are working hard, and making great efforts; In order for the elections to be an opportunity for fair and fair competition, he added: We have taken extensive security measures; To prevent attempts to interfere in the electoral process.

“We have provided all requirements to the commission and the joint operations command, in order to carry out their tasks in conducting sound and fair elections,” he added.

The Prime Minister called on “all political parties to commit to a professional competition in accordance with the laws,” stressing that “we will stand firmly against any attempt to influence the votes of the electorate.” 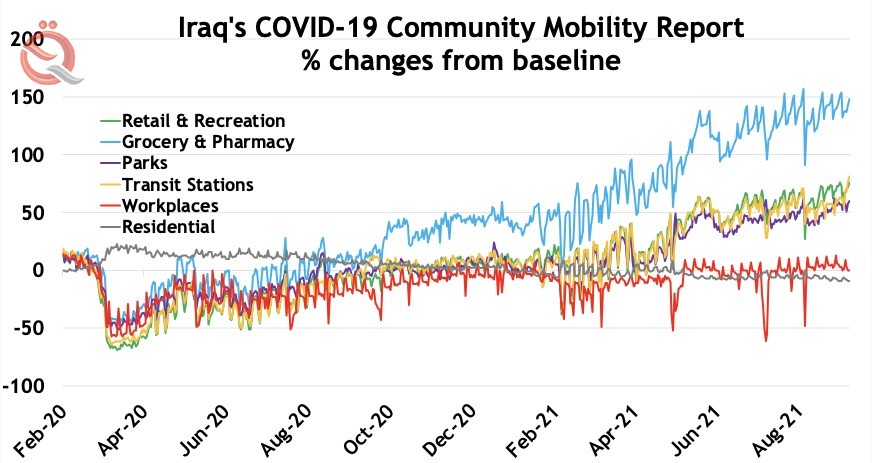 The Ministry of Finance revealed, on Tuesday, the positive effects of raising the exchange rate on the Iraqi economy.

The ministry said in a statement received by “Al-Iqtisad News”, that it has continuously followed the indicators of devaluation of the currency against the dollar and over the past nine months. If it was $54 billion in December 2020, this came after implementing reform measures.

“The change in the exchange rate also helped reduce the demand for foreign currency, which was positively reflected in the decrease in imports and the increase in domestic production,” she added.

The indicators confirm, according to the statement, the improvement of “commercial activity in the past nine months of the current year 2021” in light of the spread of the Corona virus, as well as “stopping the penetration of the Iraqi market and dumping it with cheap goods that curb attempts to upgrade local production.”

The ministry indicated that it is working “to reinvest the generated revenues with the aim of building a targeted production base outside the oil sector and relying on other sectors, which will contribute to a decrease in demand for the dollar as a result of compensating some produced goods, which made the proportion of imports to local consumption decline.”

He pointed out that it has adopted, “since the formation of the current government, the development of plans and mechanisms to work on reforming Iraq’s financial policy, and culminated in the adoption of the reform paper (the White Paper), which outlined future economic and financial policy steps to advance local production and reduce imports for the country. This measure also contributed to improving the situation of the public budget and reducing imports.” Orientation towards encouraging local product and providing job opportunities. 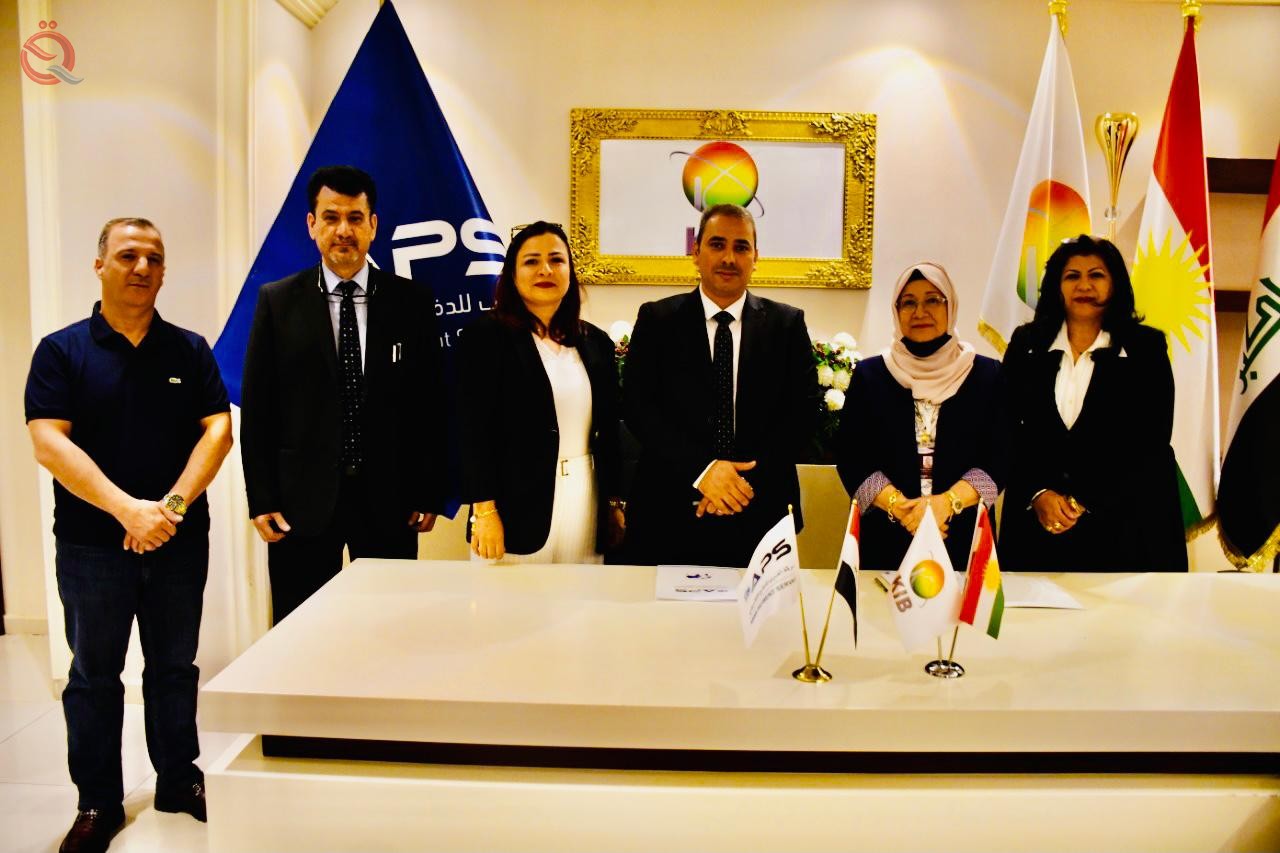 Part of signing the agreement

An official source in the company said, in a statement received by “Al-Iqtisad News”, that “the agreement signed by the managing director of the Arab Electronic Payment Company Haider Al-Obaidi and the managing director of the Kurdistan International Islamic Bank Dr. Khawla Talib Al-Asadi comes with the aim of achieving integration in performance that advances the reality of comprehensive electronic services to deliver them.” To the beneficiary in the shortest way, from citizens and companies.

The source pointed out that “this comes in harmony with the aspirations and goals of the Central Bank of Iraq by applying the principle of digital transformation in electronic monetary transactions, and serving the digital economy, which has become the country in its early stages.”

He added that: The Arab Company for Electronic Payment has a specialized team that follows up on every update in services witnessed by electronic payment globally, and is working on adopting it locally to serve the country and to always be at the forefront.