{Umniah: Al Furat News} A US military official revealed the number of soldiers who will remain in Iraq during the month of September.

The official said in a press statement, “We will maintain the presence of 2,500 American soldiers in Iraq during the current month of September.”

Yesterday, Thursday, the Iraqi Military Technical Committee held a meeting with its American counterpart in the capital, Baghdad.

According to the Security Media Cell, “the two sides agreed to reduce the combat units and American capabilities of the military bases in Ain al-Assad and Erbil, to be completed by the end of this September.”

And it added in a statement, “The international coalition leadership has also been reduced from a headquarters led by a team officer to a smaller headquarters led by a major general for the purposes of management, support, equipping, and the exchange of intelligence information and advice.”

They also agreed to hold regular sessions to complete the discussion of the remaining steps to secure the transition to a non-combat role for the international coalition forces by the time set for it at the end of this year.

Baghdad / Obelisk: The Media Department of the House of Representatives announced, on Friday, September 17, 2021, the resumption of Parliament sessions next Monday.

And the media department said, in a brief statement received by the obelisk, that “the House of Representatives will resume its regular sessions on Monday, 9/20/2021 at one o’clock in the afternoon.”

During the meeting, the latest developments and developments in the situation in Iraq and the region were discussed, and the need to resolve outstanding problems between the federal government and the Kurdistan Region under the constitution was also emphasized, according to a statement by the regional government.

In another context of the meeting, they discussed the upcoming Iraqi elections, emphasizing that they should be free and fair, guarantee the rights and aspirations of all Iraqi components, and contribute to achieving security and stability in Iraq. 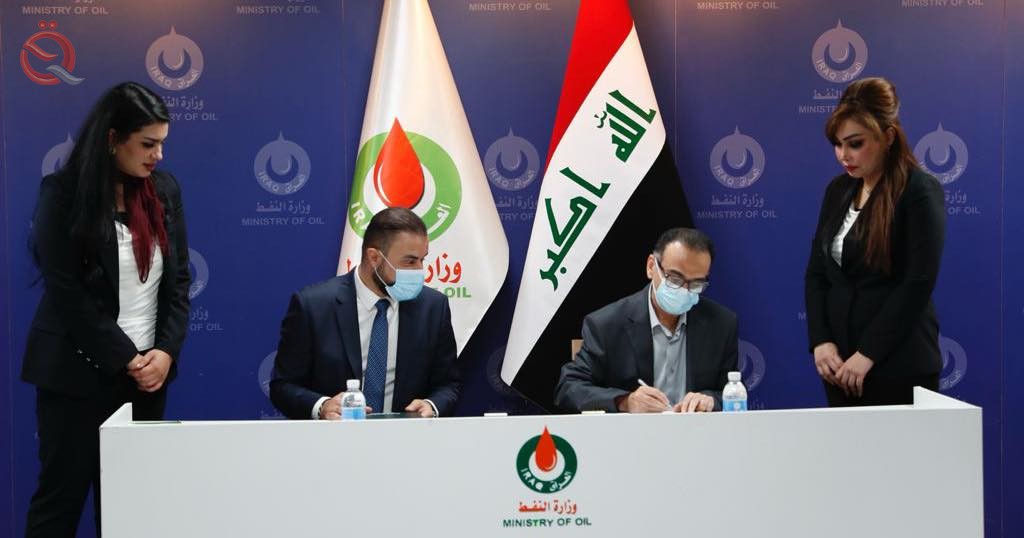 Side of the memorandum signature

On Thursday, the North Refineries Company of the Ministry of Oil signed a memorandum of agreement of principles for the implementation of the Qayyarah investment project, with a capacity of 70,000 barrels per day, with the Swedish Seib companies and the  Turkish Limak company .

The Undersecretary for Liquidation Affairs, Hamed Younis, said, during the signing ceremony, in a statement seen by “Economy News”, that “the ministry is keen to advance the liquidation sector through an axis related to plans to develop government refineries by adding advanced units to increase production and improve products, and another axis related to the establishment of refineries.” Sophisticated investment distributed throughout Iraq, according to the need and population density, and aims to cover and meet the local need.

Younis added that “the memorandum of agreement of principles for the implementation of the Qayyarah investment project comes within this framework, and represents an important addition to the liquidation sector, especially for Nineveh Governorate.”

For his part, General Manager of the North Refineries Company, Qassem Abdel Rahman, said that “the memorandum of principles with the companies (Seeb) and (Limac) outlines a roadmap for an investment contract for the Qayyarah refinery with a capacity of (70) thousand barrels per day using complex and advanced technologies to treat heavy oil and turn it into products. White with European specifications (Euro 5)”.

For his part, Director General of the Studies, Planning and Follow-up Department, Nasir Aziz, said that “this project is in line with the Investment Law for the Refining of Crude Oil No. 64 of 2007, and is included in the ministry’s investment plan to develop the refining sector using modern technologies to treat heavy oil in Qayyarah, Nineveh Governorate, and that The project represents a qualitative leap and an important addition to the refinery sector, and adopts clean, sustainable and environmentally friendly energy standards.”

While the representative of the Seib Company , Taher Ablahad Qariou, expressed his “happiness that his company joined the implementation of a large and important project that falls within the strategy of the Ministry of Oil and its plans to develop the refinery sector,” stressing that “negotiations with the concerned authorities in the ministry took more than a year to reach the formula of the principles agreement, This will be followed by signing the contract after three months, during which the contracting companies submit their financial and technical obligations and documents related to the project.

Meanwhile, the representative of Limak Company , Abdul Hakim Madhi, confirmed his company’s readiness to implement the project, which is one of the important projects in the refining sector, using the latest equipment and technologies to process heavy oil.

Shafaq News/ The Joint Operations Command reported on Friday that the Iraqi Military Technical Committee held a meeting with its American counterpart in the Iraqi capital, Baghdad, which resulted in an agreement to reduce the American combat forces in military bases in “Ain al-Assad” in Anbar, and Erbil Governorate, the capital of Kurdistan Region.

The operations said in a statement received by Shafaq News Agency, that a meeting between the Iraqi Military Technical Committee headed by the Deputy Commander of Joint Operations Lieutenant-General Abdul Amir Al-Shammari and its American counterpart headed by the Commander of the Solid Resolve Operations Forces in Iraq, Major General John Brennan, was held yesterday within the framework of the technical security talks that were held. It was agreed upon in the Iraqi-American strategic dialogue and the plan to transition to a non-combat role for the international coalition forces operating in Iraq according to the outcomes of the meeting held on July 22, 2021.

The statement added that the two parties agreed “to reduce US combat units and capabilities from military bases in Ain al-Assad and Erbil, to be completed by the end of this September. The level of the leadership of the international coalition was also reduced from a headquarters led by a team officer to a smaller headquarters led by a major general for administration purposes.” support, equipment and exchange of intelligence and advice.

The two sides also agreed to hold regular sessions to complete the discussion of the remaining steps to secure the transition to a non-combat role for the international coalition forces by the time specified for it at the end of this year, according to the statement.

Iraq and the United States agreed last July to withdraw all American combat forces from Iraq by the end of 2021.

Shafaq News/ British Prime Minister Boris Johnson received, on Friday, the President of Kurdistan Region, Nechirvan Barzani, who is on a visit to the capital, London.

He met the President of the Territory, during his visit, which began yesterday, the Ministers of Foreign Affairs, Dominic Raab and Defense, Ben Wallace, and other British officials.

During his meeting with British officials, Barzani discussed strengthening relations and expanding areas of cooperation and partnership between Iraq and the Kurdistan Region on the one hand, and the United Kingdom on the other hand, in addition to the war on terrorism, security and stability in Iraq and the region in general.

The first visit of Nechirvan Barzani to Britain was in May 2014, when he was the prime minister of the region, during which he met with a number of officials.

Britain has a consulate in the Kurdistan Region, and a number of British soldiers are present in Region N within the framework of the international coalition to eliminate ISIS, of which the United Kingdom is a major member.