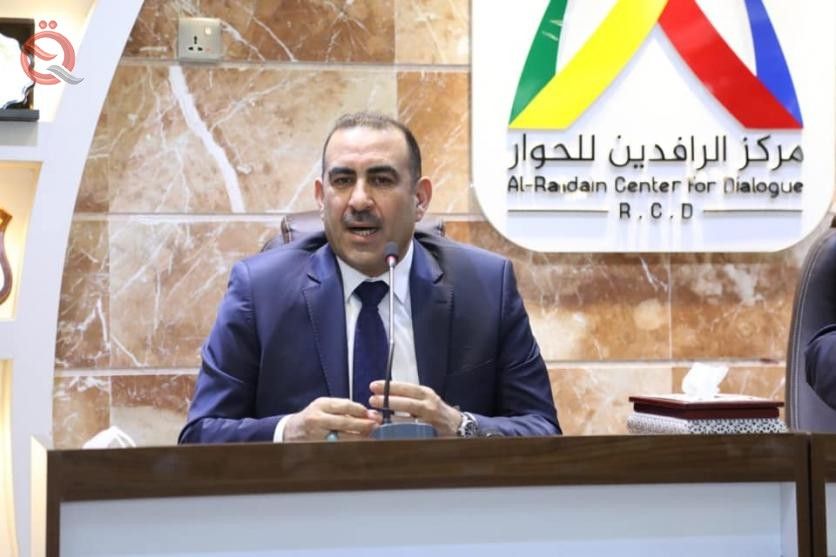 Minister of Planning Khaled Battal announced, on Tuesday, that the government is now working on preparing a number of economic laws, which will contribute to supporting the private sector.

A statement by the ministry, seen by “Economy News”, stated that “the Sector Development Council, headed by the Minister of Planning, Khaled Battal Al-Najm, held its regular meeting for the month of August 2021, today, Tuesday, and the minister stressed at the beginning of the meeting the vital role of the private sector, in the process of achieving development and advancement. the national economy.”

And the minister indicated, “This importance requires providing more support to this sector, through the law that is being prepared based on the visions and proposals presented by the concerned representatives of the private sector itself,” noting “the need to adopt development trends that support economic diplomacy at both levels.” internal and external”.

The minister pointed out that “the government is now working on preparing a number of economic laws, which will contribute to supporting the private sector, as well as working to simplify procedures in order to create an attractive investment environment.”

The statement continued, “The Private Sector Development Council discussed, at its meeting, issues on the agenda, including mechanisms for developing the agricultural sector, and developing work in the tourism, insurance and mills sectors in Iraq.”

The statement concluded, “The meeting also discussed the modified mechanism for the work of the Private Sector Development Council, and the mechanisms for supporting the private industrial sector.”

National Security Adviser Qassem Al-Araji and US Ambassador to Baghdad Matthew Tueller confirmed today, Tuesday, the last date for the exit of combat forces from Iraq.
The media office of the National Security Adviser stated in a statement received by Mawazine News that “Al-Araji received Tueller today, and discussed with him the results of the Baghdad Conference for Cooperation and Partnership, the latest developments in the political and security situation in Iraq and the region, and the relationship between the two countries and ways to strengthen them in all aspects.”
The US ambassador indicated, according to the statement, that “the Baghdad conference left a good impression on the countries, congratulating this achievement and its outcomes, indicating that Iraq has an important role in the security of the region, stressing his country’s commitment to a long-term relationship with Iraq.”
For his part, Al-Araji stressed that “the relationship with the United States of America is a long-term partnership and is not limited only to the security file, but in all fields,” reiterating that “the two sides agreed that the date of December 31, 2021 will be the last date for the withdrawal of forces.” fighter from Iraq.
In this context, the US ambassador explained, “The mission will move to a non-combat mission, and that the United States will continue to support the Iraqi security forces, to ensure that they are able to confront any threat.” Ended 29/A87

Shafaq News/ The leader of the Wisdom Movement, Ammar al-Hakim, announced on Tuesday the formation of a new political bloc called the “Alliance of National State Forces”, stating that the transitional stages that the political process has gone through since 2003 have ended.

Al-Hakim said during the official announcement of the new alliance from Babil Governorate, according to a statement received by Shafaq News Agency, “The compass of priorities has changed, and our youth generation today has become more aware and responsible.”

Addressing the youth, he added, “Do not leave Iraq alone, and do not allow others to occupy your place in responsibility.”

He continued, “We need a social and political contract that enables the Iraqis to build the state and choose the government,” noting that “everyone today wants to establish a state that is not subject to regional will and is not arrogant over its people.”

He pointed out that “the disrupted consensus and the corruption of suspicious deals have hindered efforts to reform the political system, and today we are facing a new political scene and phase and various regional and international data.”

Al-Hakim pointed out that “Iraq is no longer a gateway for others to enter without permission, nor is it a land without sovereignty,” considering that his new alliance “represents the forces of moderation, centrism and adherence to citizenship, which reject extremism, extremism, racism and closure, but rather represents the forces open to all components and forms the link between them.” “.

He added, “Our alliance is the alliance of forces that believe in empowering youth, competencies and women’s rights, and represents forces that have an honorable history and lead initiatives and mature achievements to build the state,” as he put it.

He said, “The alliance represents forces that do not believe in the militarization of society, nor in parallel wings or competition with the state, and came to achieve the preservation of the cohesion of the Iraqi nation and the diverse national fabric, the strengthening of the state’s path, the confinement of arms in its hands, and the application of the law.”

Al-Hakim believes that “the alliance aims to support the path of reforms and courage in the face of corruption and waste of public money, and activate the equitable distribution of wealth among the governorates and fairness to disadvantaged areas.”

He stressed that “our coalition aims to consolidate the method of moderation, keep Iraq away from entrenched positions, expel foreign forces, create a major economic, urban and development renaissance, develop education and activate the role of various unions.”

Shafaq News/ Cabinet spokesman Hassan Nazim considered, on Tuesday, that Iraq has regained its regional role through the success of its diplomatic efforts.

Last Saturday, Iraq hosted the Baghdad Conference for Cooperation and Partnership, in the presence of leaders and officials of 9 neighboring and regional countries, as well as France.

Nazim said, in a press conference after the weekly session of the Council of Ministers, that “Iraq succeeded in crowning its diplomatic efforts and restoring its regional role.”

He pointed out that “the government has taken bold measures to combat corruption, and its achievements are known to all.”

Regarding the early elections next October, Nazim said that “the government facilitated the work of the Electoral Commission in order to be ready to complete the voting process on schedule,” noting that “urging citizens to participate broadly in the elections will resolve political reform.”

He pointed out that “Prime Minister Mustafa Al-Kazemi encouraged the easing of bureaucratic procedures that delay the completion of government work.”

On Tuesday, Minister of Peshmerga, Shorsh Ismail, announced that a final agreement had been reached with the Federal Ministry of Defense to return to the disputed areas.

A statement by the Ministry of Peshmerga stated that Ismail met today Colonel Tad Boers, head of the military advisors of the International Coalition in Kurdistan, and his accompanying delegation.

The statement quoted the minister as saying that for the purpose of restoring calm and stability in the Kurdish areas outside the region and eliminating terrorists, and removing them from those areas, we reached with the Iraqi army and the Iraqi Ministry of Defense a final agreement to deploy two joint brigades.

The minister added, “Soon we will finish the preparations to determine the role and tasks of the two brigades.”

Shafaq News/ Prime Minister Mustafa Al-Kazemi stressed on Tuesday the need to develop the country’s oil wealth and not continue to deplete it.

Al-Kazemi said in a speech during the cabinet session that took place today, “We are continuing to work to activate the Future Generations Fund, based on a sense of responsibility towards our children and grandchildren.”

He added, “We want to secure Iraq’s future away from dependence on an unsustainable economy, as oil wealth will not be in control for the rest of its life, and many countries have begun to search for alternative and clean energies.”

Al-Kazemi continued by saying, “We inherited the oil wealth from our fathers, and we are supposed to develop this great legacy, not just drain it, and deprive future generations of its bounties.”