Shafaq News/ An informed government source revealed, on Sunday, that Iraq will soon open a border crossing on the Gulf countries, which is the most important after 2003.

The source told Shafaq News Agency, “Iraq has reached advanced stages in the process of agreeing to open the (Awja Al-Batin) port in the border triangle that connects Iraq, Saudi Arabia and Kuwait in the desert of Muthanna Governorate within the borders of Busayyah district.”

And he indicated that “the administration of the port will be national, away from the authority of local governments, and it will serve the governorates of Dhi Qar, Muthanna, and Basra,” noting that “the main route of the port will be through the city of Nasiriyah, being the closest to it in terms of the land road.”

On Sunday, Finance Minister Ali Abdul Amir Allawi handed Sheikh Mohammed bin Zayed Al Nahyan, Crown Prince of Abu Dhabi and Deputy Supreme Commander of the Armed Forces, an invitation from Prime Minister Mustafa Al-Kazemi to participate in the summit of neighboring countries to be held in Baghdad at the end of this month.
And the Emirates News Agency confirmed that the Iraqi minister conveyed to Sheikh Al-Nahyan the greetings of Al-Kazemi, while he conveyed his greetings to the Iraqi Prime Minister and his wishes that the brotherly Iraqi people achieve their aspirations for stability, safety and prosperity.
During the meeting, the two sides discussed brotherly relations and ways of enhancing them to achieve the common interests of the two countries, in addition to a number of regional and international issues of common interest.
The agency said that the meeting was attended by Sheikh Hamdan bin Mohammed bin Zayed Al Nahyan, Suhail bin Mohammed Faraj Faris Al Mazrouei, Minister of Energy and Infrastructure, Anwar bin Mohammed Gargash, diplomatic advisor to the President of the State, as well as Muzaffar Mustafa Al-Jubouri, Iraq’s ambassador to the UAE. Ended 29/R77

Baghdad – Mawazine News
, Prime Minister Mustafa Al-Kazemi is scheduled to visit Nineveh Governorate, tomorrow, Monday.
An informed source said in an interview with / Mawazine News / that “Al-Kazemi will bring a government delegation with him, and he will inspect and open a number of projects.”
He added, “The prime minister will also discuss the most important needs of the province.” Ended 29 / h

The Independent/ Al-Rafidain Bank directed, on Sunday, all its branches in Baghdad and the provinces to continue receiving customers who wish to open accounts of all kinds.And the media office of the bank explained in a statement that the Independent received a copy of it, (August 15, 2021), that “many citizens have a great desire to open accounts for the purpose of depositing their money in the bank and obtaining interests.”The statement called on the bank’s employees to “provide the necessary facilities for those who want to deposit their money in the banking system and benefit from the services provided by the bank through those deposits.” 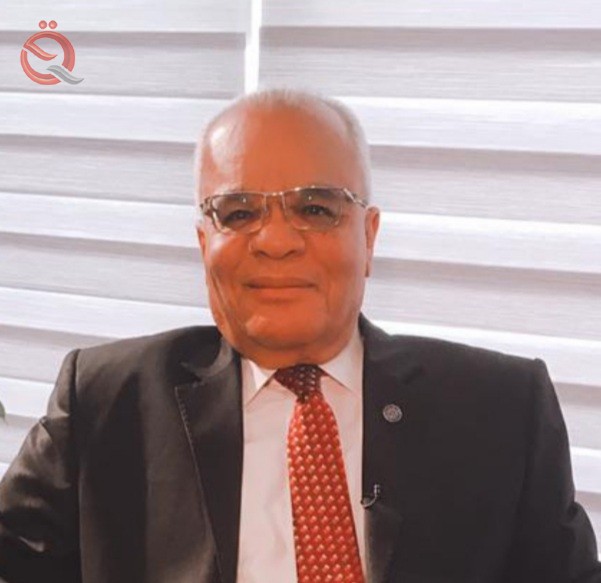 The economic and banking advisor to the Association of Iraqi Private Banks, Samir Al-Nusairi, confirmed that the Baghdad summit is an important step for Iraq’s return to its economic position in the region that has witnessed economic conflicts and wars for years.

Al-Nusairi said, in his speech to “Al-Iqtisad News”, that “Iraq’s invitation to the leaders of the Arab and regional neighboring countries to attend the meetings of the upcoming conference in Baghdad in the coming days, is an important step for Iraq’s return to its political and economic position in the region that has witnessed regional political and security conflicts and economic wars for several years.” And Iraq’s attempt to open up to build balanced political, economic and security relations with brotherly and friendly countries, and in particular with the countries of the geographical region, in which the Arab depth of Iraq constitutes the basis and essence .

He added that Iraq’s invitation to the leaders and the preparation and preparation for the conference on an exceptional basis, whose upcoming convening comes shortly before the legislative elections, is a sure evidence of the new foreign relations strategy adopted by Iraq several years ago. The Iraqi Finance Ministry to set the executive procedures for implementing the memoranda of understanding between the two brotherly countries, as well as the continuation of the successive meetings between the leaders and representatives of the countries of Iraq, Egypt and Jordan and reaching important agreements on the economic level .

Al-Nusairi explained that strengthening balanced Iraqi-Arab and regional relations in all political, security and economic fields, in particular cooperation, communication, strengthening and activating banking relations among them, especially in foreign banking transactions, and stimulating and encouraging investment companies to invest in Iraq will lead to strengthening the financing and investment fields, especially reconstruction projects. liberated cities.

Al-Nusairi pointed out that the Iraqi economy is currently going through an important transitional stage, which is the strategy of leaving the crisis stage to the stage of economic stability after the elections and achieving the goal of reform and radical and comprehensive reform in all fields and after achieving a wide participation of the people in it. Especially after the wide international, regional and Arab openness to Iraq and the beginning of building new strategic relations, and that what concerns us here is the future of international economic, financial and banking relations in general and with the countries of the geographical region in particular and some Arab countries with influential economic depth and building bridges of relationship together to serve the opening of promising horizons for communication, exchange of benefits and encouragement Investing in Iraq, developing infrastructure and banking technology, increasing inter-banking transactions, and finding new ways to cooperate with the sober correspondent banks in those countries..

Al-Nusairi hinted that the recent bilateral meetings between the Central Bank of Iraq, Arab and foreign banks and representatives of the World Bank had actually yielded, which helped draw a road map for joint communication and coordination for the purpose of actually directing the implementation of the general lines reached for building and restoring economic and financial relations, as it was agreed to develop and open horizons Extensive cooperation in the economic and banking fields, correcting tracks and overcoming all obstacles that stand in the way of building sound and solid banking relations .

Al-Nusairi expected the conference to come out with important recommendations and decisions that have a clear impact on political, economic and security stability in the region and building balanced sovereign relations between Iraq and neighboring countries that will reflect positively on everyone .

The President of the Republic, Barham Salih, stressed, on Sunday, the importance of providing the appropriate environment for fair elections that reflect the choices of Iraqis away from influence.
A presidential statement, which Mawazine News received a copy of, stated that “Saleh received, at the Peace Palace in Baghdad, the Special Representative of the Secretary-General of the United Nations in Iraq, Jeanine Hennis-Plasschaert.”
The statement added, “The meeting discussed the political and security situation in the country, and the need for concerted efforts to enhance stability in the country and protect the security of citizens.”
Salih stressed, “the importance of providing the necessary conditions for holding the next elections in October, in a manner that guarantees their integrity and fairness in their various stages, to give their results credibility and confidence among Iraqis, and to confirm their free will to elect their representatives away from pressure, fraud and manipulation, and to refer to the role of international observers in this regard.” Ended 29/A 43 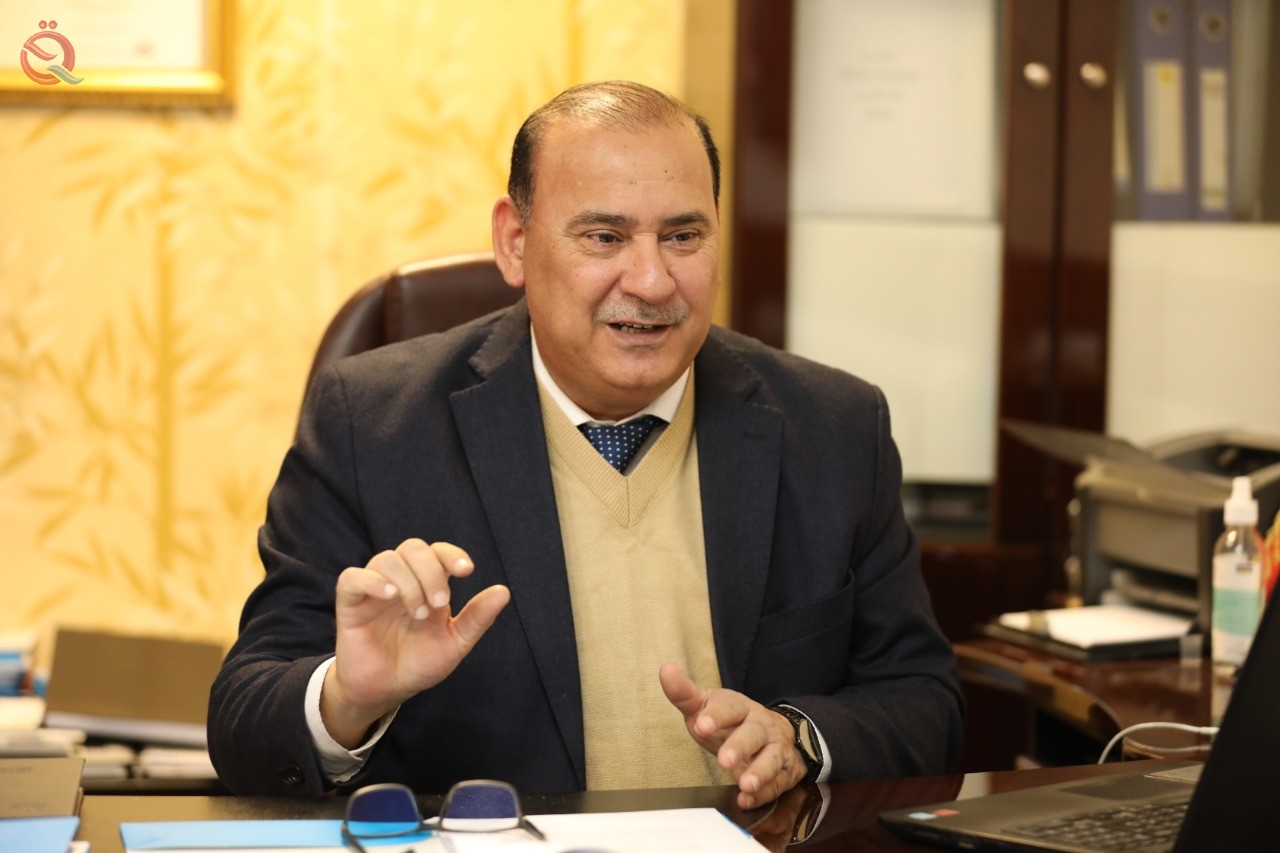 The Director of the Iraq Stock Exchange, Taha Abdel Salam, welcomed the desire of the Ministry of Finance to offer treasury bonds in the market, calling for a successful marketing plan.

And Finance Minister Ali Abdul-Amir confirmed that the Ministry of Finance is working to launch treasury bonds worth one trillion to 1.5 trillion dinars during this period.

And Abdul Salam said in his speech to “Al-Iqtisad News”, that “the Iraqi Stock Exchange has previously organized the process of listing, depositing and trading national bonds using the electronic system .”

He added that there are instructions for the inclusion and circulation of government bonds, but it remains for the party issuing the bonds to carry out a successful marketing process and for the society to be marketed by savers and investors as individuals, not just institutions, banks and companies.

During his meeting with the Emir of Qatar, Al-Araji discussed the latest political and security developments at the regional and international levels.

A statement issued by the National Security Adviser stated that “Sheikh Tamim bin Hamad Al Thani affirmed during the meeting his full support for the Baghdad Summit, and his aspiration for its success and achieving its set goals.”

Also in Doha, Al-Araji met with the Qatari Foreign Minister, Mohammed bin Abdul Rahman Al Thani, and they discussed ways to strengthen Iraqi-Qatari relations at all levels, in the interest of the two countries and peoples.

On the sidelines of his visit to Doha, Al-Araji made a visit to the Iraqi embassy and met with its staff, and was briefed on the details of the embassy’s work and the services it provides to Iraqis in Qatar, according to the statement.

Yesterday, Saturday, Al-Araji arrived in Doha on an official visit to deliver an invitation to attend the Baghdad summit to the Emir of Qatar.

The Iraqi capital, Baghdad, is scheduled to host a regional conference in which the leaders of Turkey, Iran, Egypt, Jordan, Kuwait and Saudi Arabia will participate, as well as the French president.