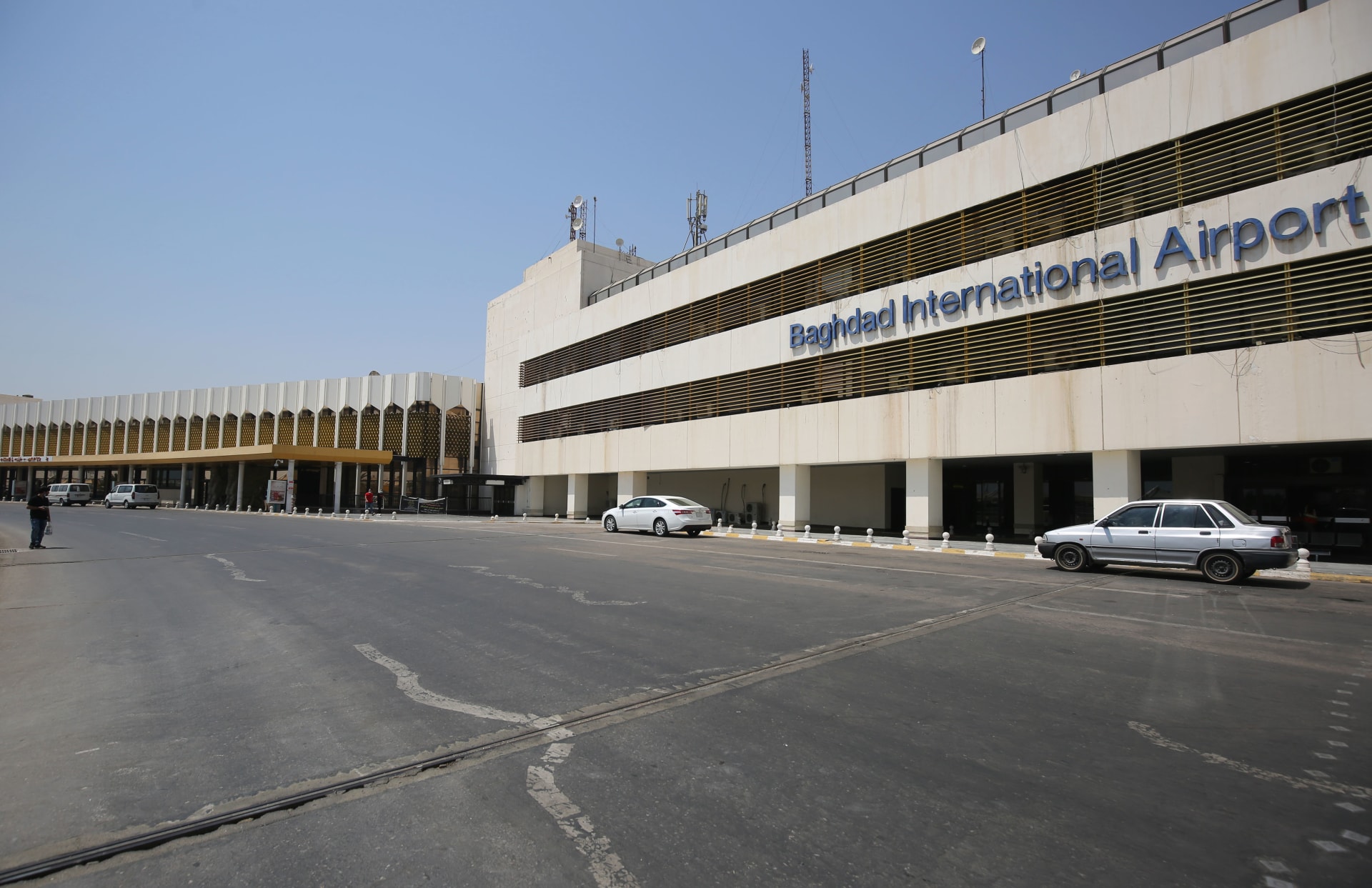 Today, Monday, the Iraqi Stock Exchange achieved a major boom in the daily trading volume, which amounted to more than 40.8 billion dinars.

Despite the increase in trading volume, it closed down 0.9%, and the volume of traded shares amounted to more than 50 billion shares.

The shares of tourism investments achieved profits by 3.76%, manufacturing and marketing dates 1.69%, and Al-Ahly Bank 0.93%.

Muscat, June 7 (Oman) The United States of America has made it clear that
the gradual safe withdrawal from Afghanistan will be finally completed by
next September, which is the deadline set by US President Joe
Biden.

Lieutenant-General Kenneth McKenzie, Commander in Chief of the US Central Command, confirmed in
a telephone press briefing in  which the Oman News Agency participated this evening that his country
has completed 50 percent of the withdrawal under the direction of the US President and in coordination with
the North Atlantic Treaty Organization (NATO).

He said that after the withdrawal, the United States will continue to support Afghan forces and
combat terrorism with its strategic partners in the region.

On the other hand, the US military official explained that he recently met
with Iraqi Prime Minister Mustafa Al-Kazemi and discussed with him ways to
eliminate ISIS and its activities in Iraq, indicating that this organization
controls many areas in Iraq and Syria and is spreading its ideologies
, which necessitates stopping and eliminating it. .
/Omani/

Shafaq News/ An informed source revealed that the leader of the Popular Mobilization Forces, Qassem Musleh, was released on Monday, based on a decision taken by the judiciary.

The source told Shafaq News Agency, “The judiciary released the commander of Anbar operations for the Popular Mobilization Forces, Qassem Mosleh, for lack of evidence.”

He added, “He will be officially received by the leaders of the crowd shortly.”

Iraqi special forces arrested Qassem Musleh on May 27, on charges of “terrorism”, which almost sparked a bloody conflict in the heart of the Green Zone in Baghdad.

As factions of the Popular Mobilization spread inside the Green Zone and surrounded several vital sites, including the residence of Prime Minister Mustafa Al-Kazemi and the General Secretariat of the Council of Ministers.

The move by the PMF drew widespread domestic and international criticism.

And media outlets close to the Popular Mobilization announced that the crowd had received the accused on the day of his arrest, amid denials from the government authorities.

The Iraqi authorities did not announce the place of detention of the accused.

An informed political source had told Shafak News Agency, at the time, that “Musleh is in the house of the head of the Popular Mobilization Authority, Faleh al-Fayyad, and is being investigated there by a joint committee between the Iraqi government and the security of the crowd.”

Qassem Musleh, was the commander of the “Al-Tuffof Brigade” affiliated with the Husseiniya shrine in the Popular Mobilization, before he separated from it due to disagreements, and in 2017, he assumed the position of commander of the crowd’s operations in Anbar.

Baghdad / Obelisk: The Minister of Kurdistan Region for Federal Government Affairs, Khaled Shwani, announced on Monday, June 7, 2021, the formation of a committee with the Center to start the audit procedures.

Khaled Shwani said in a press statement, “The Kurdistan Regional Government has expressed its full readiness to implement the obligations that fall on the region and stipulated in the budget law.”

He added, “A committee was formed from the financial oversight bureaus in Baghdad and the region to start the audit procedures stipulated in the budget law, in addition to auditing the oil accounts,” noting that “discussing with the Ministry of Finance of the federal government on the mechanism of calculating the share of the Kurdistan region.”

And Shwani expressed his hope that “the budget law will be implemented according to what was voted on by the House of Representatives.”

Baghdad – Mawazine News
The Ministry of Finance held, on Monday, its tenth meeting of the committee for preparing the federal general budget strategy for the medium term 2022-2024.
The ministry stated in a statement that Mawazine News received a copy of it, that “the committee discussed the strategic vision for the education sector for the medium term for the years (2022-2024) by the Ministry of Education.”
Finance Minister Ali Allawi, who chaired the meeting, said, “The interest in the education sectors of all kinds and levels, and the provision of a supportive and stimulating environment for upgrading the educational level, will be among the priorities of the future budget strategy.”
Allawi stressed the need to pay attention to the education sectors and to discuss the challenges and difficulties facing the implementation of the projects of the two sectors and ways to address them within the available financial resources, and find solutions to address the delay in vital projects in the educational sector.
The minister added that it will proceed to link long-term goals with future budgets to provide tools and procedures for preparation for financial departments and to prioritize activities to achieve the strategic objectives of the projects in proportion to the country’s financial revenues. End 29 / h

Today, Monday, the Ministry of Finance announced the payment of the entitlements of farmers marketing the wheat and rye crops for the year 2021.

A statement by the ministry said that the Accounting Department began today, Monday, to release the entitlements of the farmers marketing the wheat and rye crops for the current year 2021.

In a brief statement received by Shafak News Agency, Iraqi Foreign Ministry spokesman Ahmed Al-Sahaf said that Rab will arrive in Baghdad tomorrow, Tuesday, on an official visit that lasts for one day.

Al-Sahaf indicated that the British minister will receive, during the visit, the President of the Republic, Barham Salih, Prime Minister Mustafa Al-Kazemi, Parliament Speaker Muhammad Al-Halbousi, in addition to Foreign Minister Fouad Hussein.

A political source in the Kurdistan region said, on Monday, that a delegation from the Kurdistan region will visit Baghdad, to hold discussions on the implementation of the budget law for the current year .The source said, “A delegation from the Kurdistan Regional Government will visit the capital, Baghdad, today, to hold discussions on the mechanisms for implementing the budget law, and calculating the region’s dues with the federal government,” noting that “the delegation includes both the Minister of Finance of the Kurdistan Region, Awat Sheikh Janab, and the Minister of the Region for Relationships.” With Baghdad and a number of officials and specialists .”And the spokesman for the Kurdistan Regional Government, Jutiar Adel, announced on Sunday that the Kurdistan Region will send two files to Baghdad this week, “one of which includes the expenses of oil production in the region, and the other is related to the issue of non-oil imports,” expressing his hope that Baghdad will send the financial dues to the region.

{Economic: Al Furat News} The Prime Minister’s Advisor for Financial Affairs, Mazhar Muhammad Salih, revealed the reason for the recent rise in the dollar exchange rate in the local markets.

Saleh told {Euphrates News}, that “many situations and factors are not easy in the rise in dollar exchange rates, and they are also factors related to market behavior,” noting that “there are monopolistic factors and speculators that raise dollar prices, and there are no efficient markets, which are weak and deal in monopolistic ways, but the central bank owns Of the sufficient precautions that intervene in the market and impose the stable price of 1450 dinars with simple deductions.”
He added, “These are additional downloads, and they are a simple commission that is allowed globally, and the local market always differs from the official dollar market by 2%, and it is a simple cost between the two prices of the central and local banks.”
Saleh warned against “reducing the sales of the Central Bank with the presence of such monopolistic incubators in the market because prices will rise a lot and affect the citizen, and if the bank’s sales increase, the voices will rise from the presence of sales that exceed the needs.”
He explained, “The cash cost issued by overrun is covered in foreign currency,” stressing “giving freedom and complete independence to the Central Bank from interfering with the matter of maintaining stability in the purchasing power of the Iraqi dinar.”
It is noteworthy that the local markets and stock exchange prices throughout the country have witnessed during the past few days a continuous rise of the dollar and sometimes exceeded 1500 dinars against one dollar, i.e. a difference of 500 dinars from the price set by the Central Bank of Iraq {1450 dinars} since the beginning of this year.
Ammar Al Masoudi

Follow-up – Mawazine News:
Oil continued its gains to reach its highest level in several years, today, Monday, supported by more optimistic economic prospects and expectations of higher demand for fuel.
Brent crude futures for the month of August rose 28 cents, or 0.4 percent, to $72.17 a barrel,
and US West Texas Intermediate crude prices, for the month of July, rose to about $70 for the first time since October 2018, recording $69.91 a barrel.
Analysts expect global oil demand to exceed supplies in the second half, despite the gradual easing of supply cuts by OPEC+ producers. Ended 29/A 4