Today, Monday, a member of the Parliamentary Finance Committee, Muhammad al-Shabki, spoke about a breakthrough in the file of passing the country’s fiscal budget for the year 2021, and while he indicated that the political blocs had reached the final stages of understandings, he expected a date to vote on approving the budget.

Muhammad al-Shabaki said, in a televised interview, followed by (Baghdad Today), that “there has been an agreement on the text of Article 11 concerning the share of Kurdistan between political forces, and it stipulates that what exceeds the export of 460 thousand barrels per day, excluding the costs of production, transportation, operation, domestic consumption and the dollar percentage What increases the value of the oil produced goes to the federal government. ”

Al-Shabaki added, “It was also agreed on a method for financial settlement from 2004-2020, while the necessity for Kurdistan to pay its obligations on a monthly basis was confirmed, provided that the government hand over the rights of the region monthly.”

He continued, “It was agreed to hand over half of the imports of the border crossings and the rest of the non-oil revenues monthly to the Iraqi Ministry of Finance.”

A member of the Parliamentary Finance Committee pointed out that “the dialogues approached the understandings and solved the problem of foreign loans after the blocks objected to the loans being followed up by the Ministry of Finance and the abolition of the objection to the text of the loans and obtained flexibility.”

Al-Shabky emphasized, “We passed the stage of agreements and consensuses to the stage of final understandings, and we have come a long way, and the budget may be ready for voting within days,” suggesting that the budget will be voted on “before the end of this week.”

And Mohamed Al-Shabky stated, “The budget included financial allocations for all contracts and wages covered by Resolution 315, and the lecturers, in its final version.”

The House of Representatives was supposed to hold its session to vote on the draft federal budget law for the current year, on Sunday, but the persistent differences between the political blocs pushed it to postpone and leave the parliament room.

A parliamentary source inside the House of Representatives stated that the Presidency of Parliament officially informed the MPs to postpone the session to vote on the budget without setting a specific date, after the failure of the dialogues and negotiations on the disputed paragraphs, including the exchange rate.

The Finance Committee in the House of Representatives revealed, on Monday, a new date for passing the budget.

A member of the committee, Muhammad al-Shabki, said, “The vote on the 2021 budget before the end of this week.”

Al-Shabky added, “The financial allocations for all contracts and wages covered by Resolution 315 and the lecturers were included in the final version of the 2021 budget.” Ended 29 / A 43 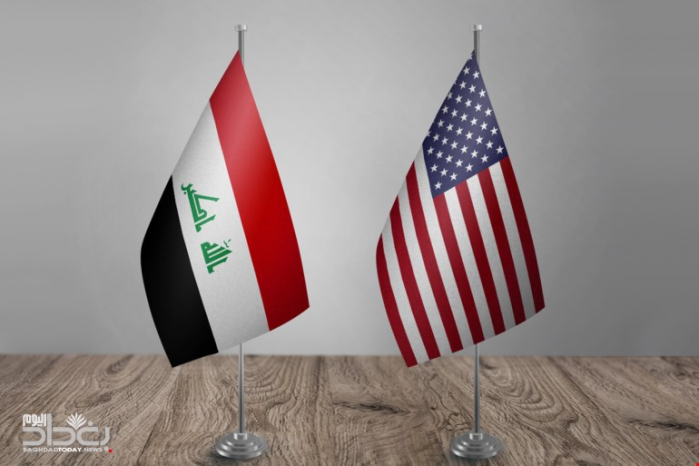 Today, Monday, the US State Department officially announced the holding of a strategic dialogue with Iraq on April 7, while 4 files were identified.

The US State Department said in a statement, “It has been decided to hold a strategic dialogue with Iraq on April 7.”

She added, “The strategic dialogue with Iraq will include security, combating terrorism, economy and energy.” 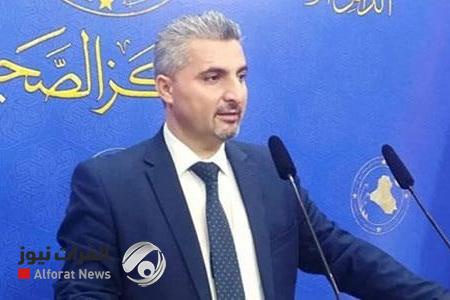 {Economist: Al Furat News} A member of the Parliamentary Finance Committee expected a new date for voting on the fiscal budget bill for 2021.

Al-Mukhtasar al-Mufid .. In important news, you can find it on the Al Furat News channel on the Telegram .. To subscribe, click here

“Unfortunately, every day, a new node appears in the budget,” Sherwan Mirza told Al-Furat News, stressing the continuing disagreements over the bill between the political blocs.

“The budget will be approved this week,” he added.

Yesterday, Sunday, the House of Representatives failed again to vote on the 2021 budget despite reports of an agreement on the Kurdistan region’s share.

A representative source told {Euphrates News} that “despite the agreement on the share of the Kurdistan region, which was the budget knot, the differences moved to other materials such as contracts, job grades, the dollar exchange rate, the displaced, and the reconstruction of devastated areas.” 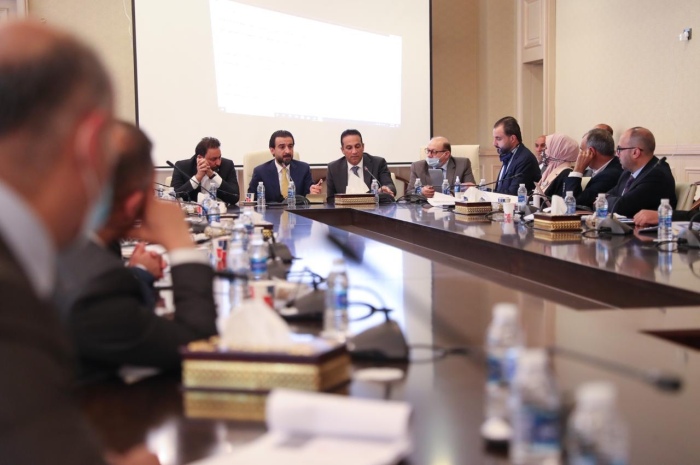 Shafaq News / The Parliamentary Finance Committee revealed, on Monday, the “main reason” to postpone the vote on the General Budget Law until further notice.

A member of the committee, Muhammad al-Shabaki, told Shafaq News, “There are four points of disagreement that caused the suspension of the vote on the General Budget Law for 2021 during yesterday’s session, most notably some points of contention in Article 11 related to the share of the Kurdistan Region, foreign loans, investment projects and the development of regions.”

He added that “the Al-Fateh Alliance objected to new loans amounting to 8 trillion dinars, especially for projects of the Ministry of Electricity, and requested economic feasibility for foreign loans.”

Al-Shibaki added that the deputies asked the Minister of Oil, Ihsan Abdul-Jabbar, in his capacity as head of the government energy committee, for a government guarantee to improve electric power during the next summer season.

Al-Shabky pointed out, “the continuation of meetings to resolve differences and resolve disputed issues in the coming hours.”

Representative Rizan Sheikh Dleir said that the intentions and conflicts of politicians with the government are an obstacle to passing the budget in Parliament.

In a statement received by Shafaq News Agency, Sheikh Dalir called for the importance of the Iraqi people knowing this fact, saying that “the region’s share does not constitute an obstacle to passing the budget.” 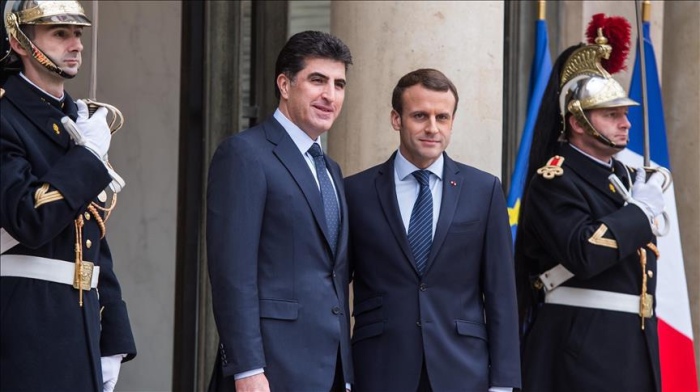 Shafaq News / In response to an official invitation from Emmanuel Macron, President of the French Republic, Nechirvan Barzani, President of the Kurdistan Region of France, will visit and meet tomorrow, Tuesday, March 30, 2021, at the Elysee Palace in Paris with President Macron.

During their meeting, the two presidents will discuss ways to develop relations between the Kurdistan Region and Iraq with France, the situation in Iraq, the Kurdistan Region and the region in general, the Covid-19 epidemic and its implications, the dangers of terrorism and the tasks of the international coalition, the importance of cooperation and participation of all parties in the face of ISIS, as well as a set of other issues of interest to both sides. . According to a statement by the region’s presidency.