Skip to content
HomeMay end the differences .. A decisive meeting of the presidency of parliament and leaders of the blocs on the budget today 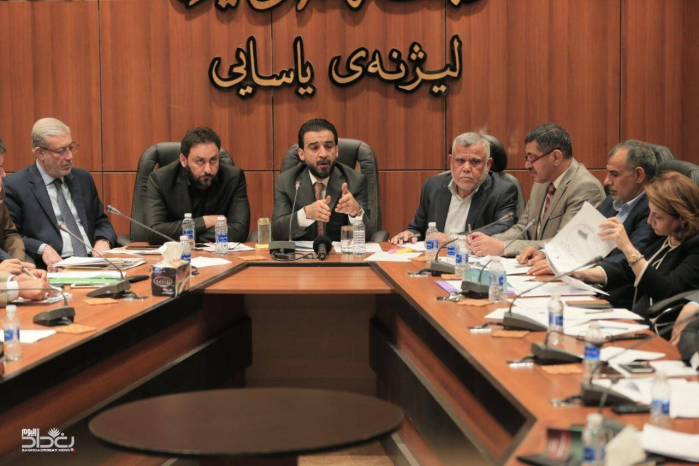 A member of the Parliamentary Finance Committee, Muhammad al-Shabaki, confirmed, on Tuesday (March 2, 2021), that today’s meeting between the Presidency of the House of Representatives and the leaders of political blocs will settle disputes over the 2021 budget bill.

Al-Shabaki said, in an interview with (Baghdad Today), “The House of Representatives and the political forces are determined to pass the 2021 budget bill as soon as possible.”

He added, “Today’s meeting between the Presidency of Parliament and the political forces will witness reaching an agreement and agreeing to resolve differences over the budget, especially with regard to the region’s proportion, as it is the main obstacle in passing the project.”

Al-Shabaki expected, “After today’s meeting, the draft budget bill will be voted on Thursday of this week, and this matter certainly depends on the results and understandings of the meeting.”

And the Speaker of the House of Representatives, Muhammad al-Halbousi, set today, Tuesday, a date for a meeting with the heads of political blocs to resolve the budget laws and the Federal Court.

Al-Halbousi said during the parliament session yesterday, Monday, that “it was decided on Tuesday to meet the Presidency of the Council with the heads of political forces on the necessary laws in the corridors of the Council, including the Budget Law to expedite its approval, in addition to the Federal Court law.”

Earlier in the day, the former Minister of Construction and Housing, two Rikani banks, spoke about the latest developments regarding the ongoing negotiations between Baghdad and Erbil regarding the provisions of the 2021 budget bill, while it is expected that it will be presented to the vote next Thursday.

Rikani said, in a press interview, followed by (Baghdad Today), that “the oil agreement is present and agreed upon, and nothing can be added to it, but the dispute revolves around the drafting of the text of the agreement. Should Kurdistan receive 250 thousand barrels and fix it in the budget, or add a clause that obliges a region Kurdistan delivers all its oil after deducting the value of the wages of producing and operating companies in Kurdistan and deducting domestic consumption.

He added, “The disagreement between the political parties revolves around the nature of drafting the text of the agreement.”

The former Kurdish minister expressed his hope that “the political blocs will reach an agreement in the coming hours in order to present the budget law to a vote next Thursday.”