Skip to content
HomeParliament ends discussion of the 2021 draft budget 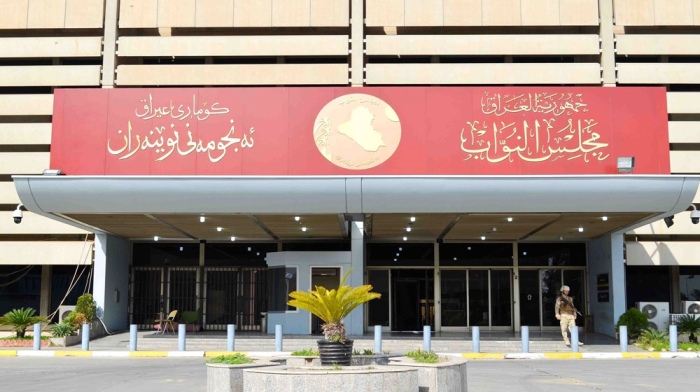 Shafaq News / The Iraqi Council of Representatives (Parliament), in its thirty-fifth session that was resumed headed by Hassan Al-Kaabi, First Deputy Speaker on Saturday, ended the discussion of the budget bill for 2021.

A statement issued by the Council, received by Shafaq News Agency, stated that the deputies demanded, during their interventions, to distribute revenues fairly between governorates, taking into account the disbursement of petrodollar dues and the benefits of border crossings, allocating and disbursing financial dues to mobilize the Ministry of Defense, doubling the sums allocated to the Reconstruction Fund for Liberated Areas, and imposing taxes on materials. Imported products that have an analogue of the local product in support of it, as well as supporting the Ministry of Education by increasing financial allocations and paying attention to scientific research centers, asking about the reasons for the decrease in support for the ration card items.

The deputies ’remarks promised that the government would direct the budget through the draft budget bill, in contradiction to what it proposed in the white paper aimed at reform, calling for the government to adopt a deliberate vision to reduce the level of unemployment among the youth segments and to demand support for the sporting reality in Iraq by increasing the financial allocation for it, in addition to activating the Council The Federal Service is to take its role in professionally creating and deleting job grades and proposing to install night guards on the 6000 employees of the Ministry of Interior or Oil concerned with the protection of oil wells, and to demand the government, for reasons of its neglect, to set up a mechanism to pay the debts accumulated on the Kurdistan Regional Government from selling oil.

During the session chaired by Bashir Al-Haddad, Deputy Speaker of the House, the opinions of the deputies focused on giving importance to investment projects and lagging, calling for the re-operation of the stalled factories in the governorates and providing support to the development ministries in the country in relation to the financial inflation presented to the security ministries and demanding the cancellation of Resolution No. 94 of 2010 related to launching Promoting employees who hold a diploma and graduates of institutes, according to the statement.

In its response to the interventions, the Finance Committee indicated that it had received 162 requests from MPs related to the draft General Budget Law 2021, pointing to setting a schedule to respond to the observations received, noting that determining the price of a barrel of oil and currency exchange in the budget law is the prerogative of the government, indicating that implementing the law The budget requires reducing the volume of total spending and activating the private sector, both industrial and agricultural, stressing that it takes into consideration the proposals put forward regarding the budget law.

For his part, Bashir Al-Haddad called for efforts by the parliamentary blocs and committees in cooperation with the Finance Committee to pass the general federal budget law in the service of citizens in general and in the interest of all governorates without exception, noting the need for the government to follow a policy of reducing expenditures and consolidating revenues to reduce the financial deficit in the budget in particular With the instability of the economic situation in Iraq, as well as coordination and cooperation to solve the outstanding problems between the federal government and the Kurdistan Regional Government.

In another context, the discussions of the ladies and gentlemen of the representatives in public affairs focused on demanding the payment of farmers ’dues, looking at the dues of contracts for good deeds, and investigating the reasons for the transfer of one billion dinars from the budget of Nineveh Governorate to Salah al-Din Governorate, in addition to investigating the security breaches that occurred in some areas of the governorate Diyala.

Then it was decided to adjourn the session indefinitely.

Parliament is scheduled to begin voting on budget items in the coming sessions.