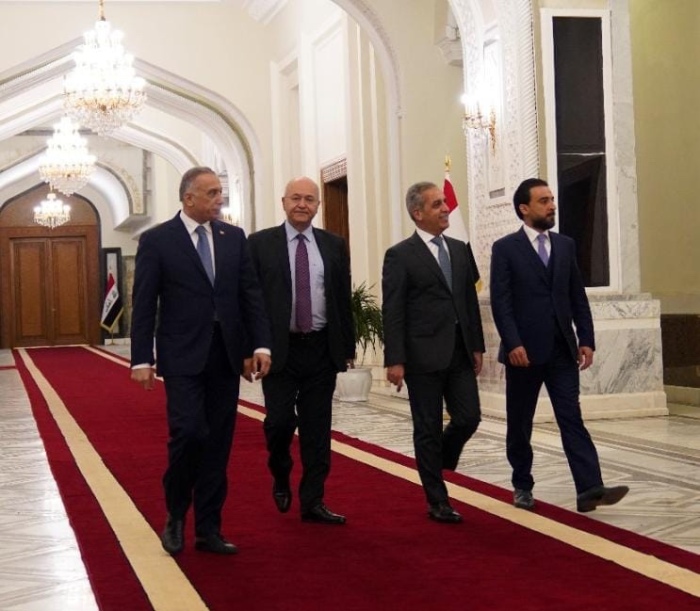 Shafaq News / A meeting that included the presidencies of Iraq with the Election Commission and the UN envoy, Jenin Blashardt, on Tuesday concluded on “strict” measures and “serious” international monitoring, pending the early elections scheduled for next June.

According to a statement by the Presidency of the Republic, the meeting was attended by the presidents of the republic, Barham Salih, the parliament, Muhammad al-Halbousi, the government, Mustafa al-Kazemi, and the Supreme Judiciary, Faik Zeidan, in addition to officials of the Electoral Commission and the UN envoy, Jenin Blashart.

The meeting emphasized “the importance of increasing the biometric registration rate for the purpose of adopting the biometric card exclusively in the upcoming elections, and completing the legislation related to the Federal Court law as soon as possible.”

They stressed “the necessity to take strict measures to prevent fraud and manipulation in all steps of the electoral process, starting from the vote of voters, through the counting and sorting process, to the announcement of the results, and international observers are invited seriously in coordination with the competent department in the United Nations mission.”