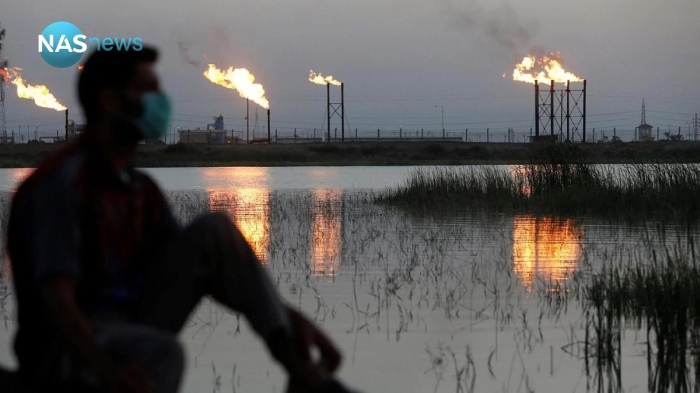 Bloomberg Economic Magazine confirmed, on Sunday, that Iraq had concluded “one of the largest deals in history” to sell oil in advance.

In a report translated by “People” (January 3, 2021), the magazine relied on the statements of the General Director of the National Oil Marketing Company, Alaa Al-Yasiri, which he made to the official news agency.

Al-Yasiri said that the operations were carried out “at the initiative of the Ministry of Oil, which was based on directives from the previous and current governments,” pointing out that “the former oil minister informed the company that it was searching for a mechanism to receive the sums in advance. The current command is the same. ”

He explained, “The payment mechanism is usually 30 days after loading the shipments, but according to the new mechanism, the values of the shipments that will be charged for a full year are paid for a full year before loading within a certain period,” noting that “Iraq got two billion dollars at zero interest with a premium over the price.” “.

And he continued, “Marketing elasticities have been set up for companies with a mechanism that does not affect Iraq,” noting that “several offers were made by companies and there was intense competition between two European and Chinese companies, and the Chinese company won.”

He also pointed out that “the flexibility that Iraq has granted to companies is the freedom to determine the day of loading the shipments, the export destination, the possibility of resale and a set of marketing benefits, provided that he gets in return two billion dollars at a cost of zero,” stressing that “the cabinet approved this mechanism but we did not inform Officially to start implementation. ”

The economic magazine says that the deal announced by Iraq has attracted widespread interest among major traders, according to people familiar with this issue. The contract will be one of the largest of its kind in recent history, and the winner is allowed to ship crude to wherever he desires for a year. Contrary to what used to be where Middle East crude is sold with strict provisions that prevent traders and refiners from reselling the barrels to different regions.

The magazine shows, “Iraq has chosen a Chinese company to supply billions of dollars of oil, at a time when the country is seeking funds to support an economy reeling due to the collapse caused by the Corona virus in energy prices.” Past that “Chenhua Oil Company, a subsidiary of the largest state-owned contractor in China, is the winner.”

This is the first time that Baghdad has sought to strike a prepayment deal, in which oil is effectively used as collateral for a loan. It is also the latest example of Chinese lending to struggling oil producers through commercial companies and state-controlled banks.

SOMO has offered to supply about 130,000 barrels per day of crude oil for five years, according to a letter it sent to traders last November. It wants to pay up front for one year of the offer, which at current prices would fetch more than $ 2 billion, according to Bloomberg calculations.

A spokesman for the prime minister did not immediately respond to a request for comment, according to the report.

While all major oil-exporting countries have been hit by falling prices since last March, Iraq is in one of its weakest positions. Despite being the largest producer of OPEC after Saudi Arabia, the International Monetary Fund expected its economy to shrink by 11% last year.

The government weakened the dinar by about 20% against the dollar in December – its first devaluation since the US-led invasion in 2003 – as its foreign exchange reserves shrank.

The magazine says, “Iraq’s problems make it difficult for the government to raise funds in a more traditional way through the bond market. The average yield in dollars is 8.2%, one of the highest levels of any sovereign country.”

The Organization of Petroleum Exporting Countries (OPEC) will meet on Monday to assess production levels. While the group, which includes 13 countries, reduced its production since last April due to high prices, Iraq violated its share on several occasions, which angered Saudi Arabia.

While these cuts have boosted oil prices, they are still down by about 25% in the past year. Brent crude is trading at $ 51.80 a barrel, which is much less than what Iraq needs to balance its budget. 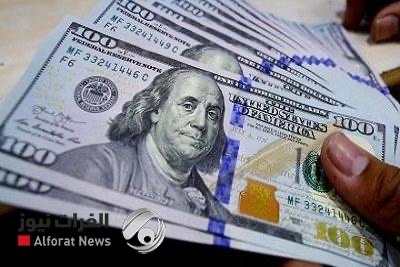 {Baghdad: Al Furat News} The exchange rate of the dollar fell in Iraq on Sunday.

The exchange rate on the Al-Kifah and Al-Harithiya stock exchanges in Baghdad was 1440 dinars, or 144 thousand dinars for one hundred dollars.

Yesterday’s price in Baghdad was 1443 dinars.

As for the exchange office prices, they also decreased to 1450 dinars for sale and 1430 dinars for purchase.

In the governorate of Erbil, the dollar fell to 1,443 dinars for sale, at a rate of 1,440 dinars for purchase.

{Baghdad: Al Furat News} The Rafidain Bank instructed its branches in Baghdad and the provinces, today, Sunday, to attract companies and investors who wish to obtain financing and grant loans to them for the purpose of completing their various investment projects.

The bank’s media office stated, in a statement that Al Furat News received a copy of, that “the bank’s general manager held an expanded meeting with a number of branch managers and delegates in the country’s governorates to discuss the mechanism of banking and the services provided to citizens.”

The statement added that “the director general of the bank stressed the need for the banking sector to contribute to supporting and revitalizing the private sector in various fields.”

According to the statement, the bank called for “providing the best banking services to customers and working to facilitate the procedures of their transactions and to develop solutions to the problems and obstacles that obstruct the completion of transactions as quickly as possible and without obstacles far from routine.”