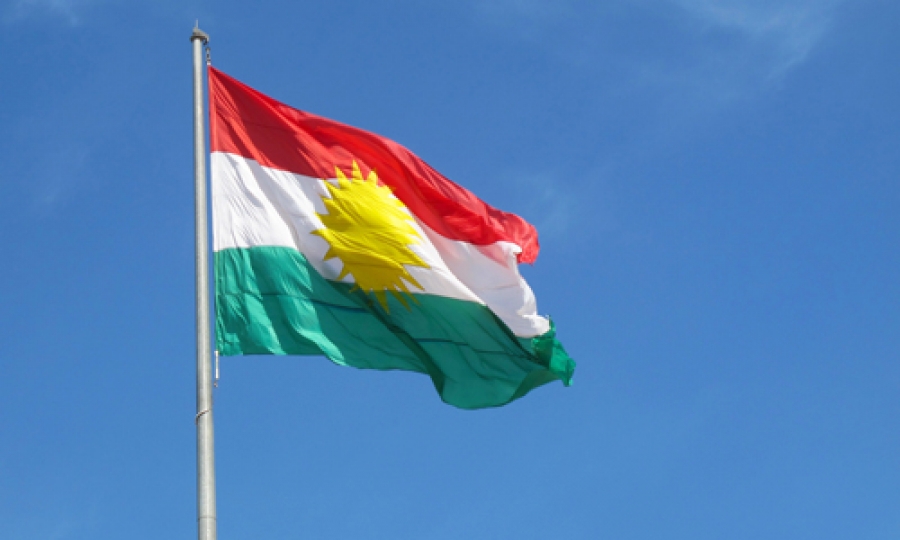 Shafaq News / The work of a US-Kurdistan conference will start tomorrow, Monday, with the aim of encouraging investment in the region for the period after the Corona virus, under the auspices of the American Chamber of Commerce and Industry.

The head of the Investment Commission in the Kurdistan Region, Muhammad Shukri, told Shafaq News that the US-Kurdistan Economic Conference will be held on Monday and will last for two days, indicating that the conference will be via video technology.

Shukry added, “The Commission will present its vision for investment and investment areas for the post-Coronavirus period,” indicating that the conference will address the amendments that are to be made to the investment law and investment opportunities in the region.

He stressed that the Kurdistan Investment Authority, “will provide a clear vision of the investment climate in the region for American companies that want to invest in Kurdistan.”

For its part, the American Chamber of Commerce and Industry said in an official statement, that the conference will be held on November 23 and 24, 2020 on the “online” manner, with the participation of high-level officials from America and the Kurdistan Region and American companies investing in the region.

According to the statement, they will discuss how to develop the economy, investment opportunities, and give importance to food security in the region, as well as the future of relations between America and Iraq in the field of energy.

According to a statement issued by the regional government representative in Washington, Masrour Barzani will participate with high-level US officials in the conference .

US Secretary of State Mike Pompeo revealed, in an interview with Al-Arabiya TV, that there are Arab countries that will join peace agreements with Israel, indicating that Washington will continue its efforts for peace in the region.

Mike Pompeo said that the United States of America is committed to providing the necessary assistance in the Middle East, adding that Washington will continue to provide the assistance it provides continuously.

The US Secretary of State added that the policy of the United States of America is constant even if the president changes in white whites – referring to the change in Donald Trump’s administration after Joe Biden’s victory in the US presidential election.

Mike Pompeo explained that the United States of America worked to eliminate ISIS in Syria and Iraq.

The US Secretary of State said that Iran continues to be a central threat to the Middle East, explaining that the sanctions on Iran have prevented it from financing Hezbollah and militias in Iraq.

The US Secretary of State added, during his dialogue with Al-Arabiya TV, that the United States supports the government of Iraqi Prime Minister Mustafa Al-Kazemi, for the sake of stability and prosperity in Iraq.

Mike Pompeo explained that the United States of America was able to show the reality of the dangers that Iran poses in the region, pointing out that the countries of the region are now aware of the common threat posed by Iran, and the US Secretary of State indicated that the Palestinian leadership refused to cooperate with Israel.

Mike Bobbio said that measures against Iran’s militia in Iraq will be determined at a later time, explaining that the United States of America seeks to achieve peace in the region.

The US Secretary of State added that the US speaking states take in Hassan during the achievement of peace in the Arab region the danger of Iran, indicating that the United States of America will impose subsequent measures against Iran’s militia, explaining that the Iraqis reject dependency on Iran.

Tomorrow we have hosting the Minister of Finance, Ali Allawi, to produce a new strategy and vision for the 2021

Ministry of Finance today issued a letter canceling many exemptions for service and religious institutions.

The amounts of previous customs exemptions are estimated at 12 trillion dinars .. Continued

The number of readings 35

Baghdad / Al-Masala: The Ministry of Finance announced, on Sunday, November 22, 2020, that its minister signed an agreement for the reconstruction of liberated areas with the German Development Bank.

The minister’s media office said in a statement that the Minister of Finance, Ali Allawi, signed in the ministry’s building the liberated areas reconstruction agreement with the German Development Bank, in the presence of the head of the Liberated Areas Reconstruction Fund, Muhammad al-Ani and the German ambassador in Baghdad.

He indicated that the signed agreement included two grants, the first to build fast-track hospitals to support the health system in Iraq to cope with the Corona pandemic, and the second to support the activities of the Liberated Areas Reconstruction Fund in returning the displaced to their homes.

The number of readings 96

Baghdad / Al-Masala: The Central Bank of Iraq issued, on Sunday, November 22, 2020, a document containing the reservation of reserve funds for Al-Rajeh Islamic Bank.

The document indicated that the decision was based on the letter of the Supreme Judicial Council / Presidency of the Diyala Federal Court of Appeal / Court of Investigation of Punishment dated October 25, 2020, and in implementation of the court’s decision.

Today, Sunday (November 22, 2020), US Secretary of State Mike Pompeo confirmed the support of the Prime Minister, Mustafa Al-Kazemi and his team.

Pompeo said in a press statement from Abu Dhabi: “We want to see a free Iraq as the demonstrators want it, and we support Al-Kazemi and his team to reach a free and prosperous Iraq.”

He added, “The United States’ steps towards Iran’s militia in Iraq will be announced at the appropriate time,” he said.

The Prime Minister, Mustafa Al-Kazemi, had received, on Tuesday (November 17, 2020), a phone call from the Secretary of State of the United States of America, Mike Pompeo .

Al-Kazemi’s media office stated, in a statement received (Baghdad Today), a copy of it, that “the Prime Minister, Mustafa Al-Kazemi, received a phone call Tuesday evening from the Secretary of State of the United States of America, Mike Pompeo, during which bilateral relations between the two countries were discussed, as well as On the development of the situation in the region. ”

A day later, Iraqi Foreign Minister Fuad Hussein announced, Wednesday (November 18, 2020), that the United States’ decision to withdraw 500 of its forces from Iraq came after the phone call between Prime Minister Mustafa Al-Kazemi and Secretary of State Mike Pompeo.

Hussein said in a press conference, in Baghdad, which he watched (Baghdad today), that “Al-Kazemi and Pompeo agreed during a phone call to withdraw 500 American military personnel from Iraq.”

He added, “We confirmed during the meeting that there will be timelines for scheduling the withdrawal and after announcing the agreement, we saw that there are steps for strategic dialogue that have been confirmed after reducing the number of US forces in Iraq from 5,200 personnel to 3,000.”

Hussein added, “After the important contact between Prime Minister Mustafa Al-Kazemi and US Secretary of State Mike Pompeo, it was agreed to withdraw 500 military personnel, as the remaining number of soldiers will reach 2,500.”

He pointed out that “the nature of the remaining forces will not be combat, and we have entered the fourth and final stage, which includes entering phase zero with the end of the fourth stage, and the combat operations that were caused by the entry of ISIS into Iraq will end.”

The foreign minister emphasized that “the presence of the American forces and the international coalition in Iraq came under an official claim from the Iraqi government,” noting that “ISIS was defeated in Iraq, but there are cells in a number of regions.”

He pointed out that “the future work with the coalition forces and the American side will continue on the basis of joint work with the Iraqi forces and the Iraqi Operations Room is the one that decided in the field of intelligence exchange, air cover and support, training and equipping of Iraqi forces,” stressing “the continuation of the work of the coalition and NATO in Iraq.” .

Regarding the targeting of the Green Zone yesterday, the Foreign Minister said, “It is a blatant assault by criminal and terrorist organizations on the Green Zone,” considering that targeting “an attack on the Iraqi government and the Iraqi people, which caused civilian casualties.”

Hussein stressed, “We condemn and condemn these operations, and the government is determined to fight these criminal terrorist actors that attack Iraqi institutions.”

He indicated that “yesterday the cabinet discussed preparing the atmosphere for the upcoming and early elections, and a set of decisions were taken to support the commission, and the cabinet took a decision to send a letter to the Security Council in New York to obtain international support for the electoral process and send international observers to monitor the elections to enhance the integrity of the elections and confidence in the political process.” .

The official Al-Sabah newspaper reported, on Sunday, that the distribution of employees’ salaries will start from today.

The newspaper stated, “The Ministry of Finance launches the funding for the month of November for all ministries and departments, and the distribution of salaries starts from Sunday.”

The Ministry of Finance announced, on Thursday (November 12), the launch of employees’ salaries for the month of last October, after Parliament voted, at dawn that day, on the borrowing law to cover salaries.

Al-Rafidain Bank said that it will resume granting advances to the parties covered after the completion of its implementation, monitoring and auditing processes.

The media office of the bank said in a statement received by “Al-Eqtisad News”, that “some media outlets talked about the bank’s refusal to release advances to state employees.”

He added that “this is not true at all, and that the bank is carrying out application and monitoring operations and a financial audit in its accounts and after completing those things, the advances will be released immediately and without any delay.”

He explained that “the bank supports the direction and support of the segment of employees and granting them personal advances, which is one of their legitimate rights.”

{Baghdad “Al Furat News} The Parliamentary Finance Committee diagnosed, on Sunday, the cause of corruption in the currency auction, while it submitted a proposal to eliminate it.

“There are solutions to reduce corruption and not to end corruption, and there are treatments that can be invested in the interest of the Iraqi currency,” said a member of the committee, Ahmed Al-Hajj, in an interview with Al-Furat News.

He added that “the issue of selling the dollar by the central bank is supposed to take place by the Ministry of Finance, as it is the owner of the money from oil sales and others.”

He pointed out that “the existence of competition between remittance companies and banks and the distribution of which led to the currency auction being a window for corruption, and if we dealt with this issue, it will lead to the elimination of 60 percent of the corruption of currency sales.”

He explained that “among the treatments is the classification of private banks and linking the currency auction to the General Authority of Customs and the Registrar of Companies and Taxes, and thus we can eliminate 80 percent of corruption.”