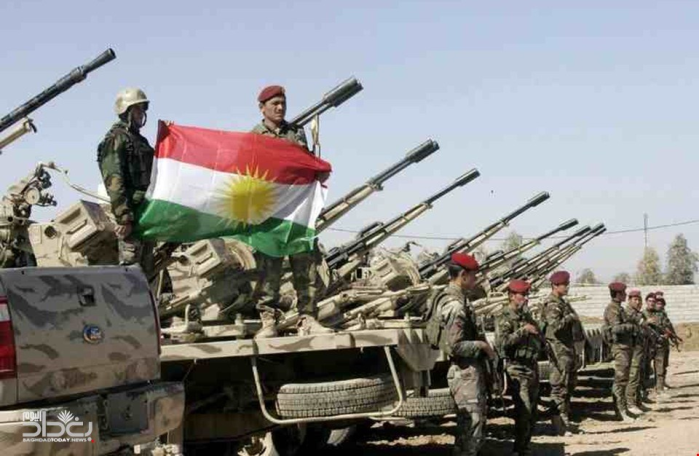 Today, Tuesday (November 10, 2020), the Minister of Peshmerga, Shorsh Ismail, announced that the United States of America has provided the two brigades of the Ministry’s forces with modern and advanced weapons and military equipment, while he confirmed that the assistance provided from Washington to the Kurdistan Region is to develop and enhance the capabilities of the Peshmerga to confront terrorism.

He added, “Today is another historic day to be added to the record of the gains of the Peshmerga forces,” stressing that “the United States pays great and continuous attention to support the Peshmerga.”

The minister added, “The aid consisting of modern and advanced weapons and military equipment that you have provided us with, will be a new opportunity to raise the level of the Peshmerga forces and strengthen them in terms of logistics.”

He pointed out that “the Peshmerga forces have cooperation with all the international coalition forces and the Iraqi forces, and the Kurdistan Regional Government is working to strengthen those relations, especially in the logic that is witnessing a security vacuum.” ISIS and its defeat. ”

Ismail added, “We are passing through a sensitive phase in facing terrorism, and we feel the extent of the danger and threats posed by ISIS, as its members move and are active in some areas,” stressing that “the Peshmerga forces are ready to confront the organization and any threat it poses to the people of the region and the rest of Iraq and the region.” .

Shafaq News / US Secretary of State Mike Pompeo pledged, on Tuesday, to a “smooth transition” in the United States towards a second term for President Donald Trump, despite the estimated victory of Democrat Joe Biden in the elections .

“There will be a smooth transition to a second term for Trump,” Pompeo told a news conference. The Foreign Minister indicated that there were votes that were not counted in the presidential elections .

But he returned and said that a smooth transition of power would take place “regardless of who wins .”

Pompeo’s comments represent the state of tension in Washington, DC, as a result of the failure of outgoing President Donald Trump to acknowledge the results of the recent elections that showed Democrat Joe Biden winning .

“We have made great progress. Results will start to appear next week, and they will make America great again,” Trump said in two tweets on Twitter, using his slogan that he chose for his first election campaign .

Trump refuses to acknowledge his defeat to Biden in the elections, even though the latter won 290 seats in the electoral college, 20 more votes than the threshold required to win .

Trump and his campaign say that there were violations that occurred during the voting process, especially the votes that reached the polling stations through the mail, describing what happened as “election theft”, without providing evidence of that .

His campaign has been prosecuted more than once, most recently when, on Monday, a lawsuit was filed alleging that the mail-in voting system in Pennsylvania “lacks all the signs of transparency and verifiable evidence found in the voters’ vote themselves . ”

US media reported that Trump’s campaign focuses on a number of states, which have not yet completed counting the votes of the electorate, and is relying on them as a basis in his legal battle to reject the results, and among these states is Pennsylvania, which has counted   more than 96 percent of its votes .

According to a joint statement issued by the meeting, according to what was published by the Saudi Press Agency, that the meeting was attended by senior officials from the two countries.

The statement stated that the two sides agreed during the meeting on the following items:

1- Emphasizing the importance of expanding and strengthening the horizons of bilateral cooperation in a way that serves the interests of the two countries and the two brotherly peoples in various fields, especially political, security, trade, investment and tourism, and building on what has already been achieved positive results in the mutual visits between the two countries during the past period.

2- The two sides stressed the importance of cooperation in the fields of energy, exchange of experiences and coordination of positions in the oil field within the scope of work of the Organization of Petroleum Exporting Countries (OPEC) (OPEC Plus) and full commitment to all decisions that have been agreed upon, in a manner that guarantees reaching fair and appropriate oil prices for exporters and consumers. Both in the global oil market. The Republic of Iraq also renewed its invitation to Saudi companies to invest in promising opportunities in Iraq and in various fields.

3- Continuing joint cooperation in confronting the threat of extremism and terrorism as an existential threat to the countries of the region and the world, and they agreed to continue supporting Iraq’s efforts in cooperation with the international coalition to combat terrorism and extremism, and the two sides also stressed the importance of cooperation in securing the borders between the two brotherly countries.

4- Intensifying cooperation and exchanging views on issues and issues of concern to the two countries on the regional and international arenas, in a way that contributes to supporting and strengthening security and stability in the region and the world, and the need to keep the region away from tensions and strive to establish sustainable security. They agreed to continue communication and reciprocal visits to complete the bilateral consultations at the highest levels, to expand and pursue areas of joint cooperation in a way that serves the interests of the two brotherly countries.

5- Enhancing coordination in the field of mutual support and support within the framework of multilateral diplomacy, especially for positions and jobs in international organizations.

6- The Republic of Iraq appreciated the participation of the Kingdom of Saudi Arabia in the Kuwait Conference for the Reconstruction of Iraq, which was held during the period 12-14 February 2018, and its pledges and contribution to it, and it was agreed on ways to benefit from the outcomes of this conference regarding the promises and financial credit facilities launched by the Kingdom of Saudi Arabia.

7- An agreement to open a new Arar border crossing, which will be inaugurated and operational after (7) days, and the Saudi Commercial Attaché in Baghdad will soon be launched and commenced.

8- The two sides agreed on a joint work plan to start work on it, and endeavor to start implementing the provisions of the Greater Arab Free Trade Area agreement bilaterally between the two brotherly countries, and to form a joint business council between the two countries.

9- Iraq offered thanks and appreciation to the sisterly Kingdom of Saudi Arabia for its initiative in building a sports stadium in Iraq, and agreement is underway to lay the foundations for the start of the project, and Iraq also appreciated the Kingdom’s response to the cooperation between the ministries of health in both countries in the field of combating the Corona pandemic (COVID 19) and supporting Iraq. By providing him with the necessary medical supplies to face this crisis.

This meeting came in the wake of continuous meetings conducted by the Joint Iraqi-Saudi Council and its committees over the past two days in Baghdad. 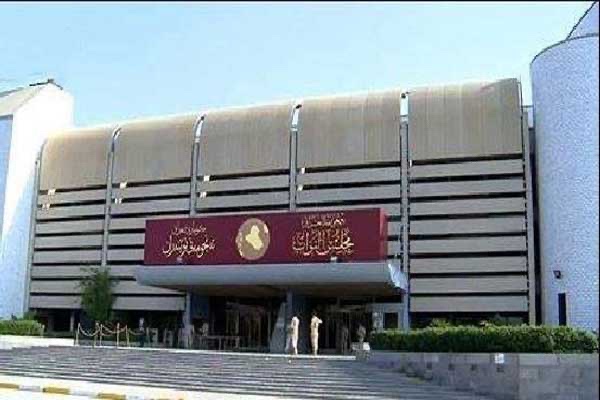 A document issued by the House of Representatives revealed that the Governor of the Central Bank was addressed and invited to attend the Parliament session next Thursday to answer an oral question directed by Representative Faleh Al-Sari. 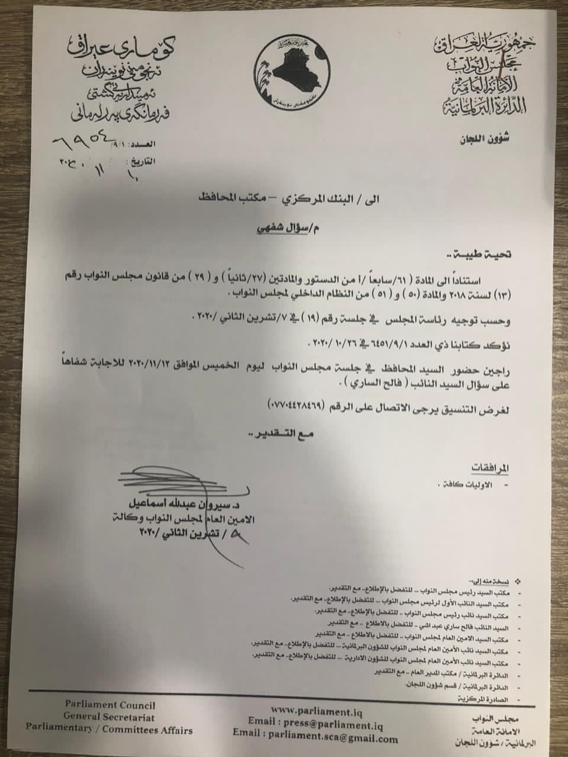 The Secretary-General of the Council of Ministers, Hamid Al-Ghazi, told Al-Sabah newspaper published today, Tuesday: “A meeting will be held today, Tuesday, for the third session of the Iraqi-Saudi Coordinating Council, and there will also be a meeting between Prime Minister Mustafa Al-Kazemi and Saudi Crown Prince Mohammed bin Salman, through the television circuit.”

He added, “These visits and meetings are a completion of the agreements and memoranda of understanding signed between the two sides in 2019 as part of successive meetings of the Iraqi-Saudi Coordinating Council, and it was supposed to start translating projects and agreements on the ground, but the delay occurred due to the general epidemiological situation as a result of the Coronavirus.”

Al-Ghazi revealed that there is a desire in the two countries to invest $ 10 billion and complete 90 percent of the steps towards directing the projects agreed upon on the ground to enhance joint cooperation in the fields of oil and gas, petrochemicals, phosphates, sulfur, energy, industry, agriculture, health and education, as well as the near opening of the Arar border crossing and a branch of the Commercial Bank. The Iraqi in Saudi Arabia and the Saudi Commercial Attaché in Baghdad.

For his part, the Saudi ambassador, Abdulaziz Al-Shammari, affirmed that “the Saudi delegation that recently arrived in Iraq is an extension of the meetings of the Iraqi-Saudi Coordination Council.”

Al-Shammari explained, “The Iraqi-Saudi Political and Security Council will hold intensive and focused meetings, and there is more than one Saudi delegation that will arrive in Iraq, to discuss a lot of participants and partnerships.”

{Baghdad: Al Furat News} The Parliamentary Finance Committee will hold a meeting today, Tuesday, to finalize the draft law on financing the fiscal deficit {borrowing} to be included on the agenda of the parliament session tomorrow, Wednesday.

Committee member, Representative Jamal Cougar, said in a press statement that “the Finance Committee agreed with Prime Minister Mustafa Al-Kazemi in the last meeting with him yesterday, Monday, to pass a law on financing the fiscal deficit,” noting that “the amount of borrowing allowed to the government in the law will be determined by the committee in its meeting today.” .

Yesterday, Prime Minister Mustafa Al-Kazemi was accused of “trying by some to use the financial liquidity crisis as a political material.”

“I look forward to parliament’s cooperation to pass the financial measures to start paying salaries and build our country,” he added.

Al-Kazemi met yesterday with members of the Parliamentary Finance Committee regarding the borrowing law.

“A positive atmosphere dominated by a sense of shared responsibility prevailed over the prime minister’s meeting with the president and members of the Parliamentary Finance Committee,” the spokesman for the Prime Minister, Ahmad Mulla Talal, said in a tweet.

He added, “The employee’s sustenance and the need to secure it quickly was a common concern, and we look forward to voting on a law to cover the fiscal deficit next Thursday to start launching employees’ salaries.”

For his part, the reporter of the Finance Committee, Ahmed Al-Saffar, told {Al-Furat News}, “We agreed during the meeting to release salaries and the parliament, in turn, pledged to pass the law, but not with the amount requested by the government (41 trillion dinars). .

He explained, “We told the Minister of Finance that he will start distributing salaries until the law is approved this week.”

Al-Kazemi: Our meeting with the Finance Committee was positive, and it will contribute to launching the salaries of employees after the approval of the borrowing law