U.S. presidential elections have had a significant impact on Iraq, from the 2002 decision to invade Iraq to the 2020 strike that killed Iranian General Qassem Soleimani. Former Vice President Joe Biden has a contentious history in Iraq that may have many Iraqi leaders in fear of a Biden victory.

Directly after taking office, President Obama appointed Vice President Biden to oversee U.S. operations and diplomacy in Iraq. At that time, Iraq had begun to stabilize. The once-formidable al Qaeda in Iraq had been all but defeated and relegated to the outskirts of Mosul and civilian deaths fell to about one-fourth of what they had been before the “surge.”

But by the end of the vice president’s first term, civilian casualties in Iraq rose by almost 400 percent to over 20,000, and ISIS (a.k.a. ISIL, IS, Daesh) flew its black flag from Syria through northern Iraq to a point about 60 miles outside of Baghdad.

What happened during the period that Biden oversaw Iraq? In 2009, Iraqiyya, a multi-sectarian and moderate political party founded by Sunni leader Rafe al-Essawi and Shia leader Ayad Allawi, challenged then-Prime Minister Nouri al-Maliki’s State of Law Coalition in the 2010 national election and won with a narrow victory.

Iraq’s parliamentary system designates that the winning electoral party has the first shot at forming a coalition government with other parties. Maliki, however, influenced the court and had the interpretation of the law altered that led to a six-month standoff in which Maliki, backed by Iran, retained power but was unable to form a coalition government.

Joe Biden and the Obama administration faced a decision: to support the democratic results of the election or to back Maliki’s bid to retain power. Against the advice of Ambassador Robert Ford, a six-year diplomatic veteran of Iraq, General Ray Odierno and others, Biden and then-Ambassador Hill decided to backstop Maliki and the State of Law Coalition.

The administration’s reasoning is not entirely clear. Michael R. Gordon and retired Lieutenant General Bernard E. Trainor report in their book, “The Endgame: The Inside Story of the Struggle for Iraq, from George W. Bush to Barack Obama,” that Vice President Biden was convinced that Maliki would deliver a Status of Forces Agreement.

Another interpretation is that the Obama administration, which was in the process of negotiating the Joint Comprehensive Plan of Action (JCPOA) (Iranian Nuclear Deal), succumbed to Iranian interests. In line with this view, Iraqiyya leader Ayad Allawi attested that a senior member of the U.S. administration (possibly Biden) communicated that the U.S. would never back a prime minister from Iraqiyya, “because of Iranian opposition to this notion.”

Regardless of the reason, Biden’s fateful decision to support Maliki would seed political turmoil in Iraq that, according to General Petraeus and others, paved the way for the rise of ISIS.

Upon securing the premiership, Maliki reneged on several power-sharing agreements with Iraqiyya. Instead, the prime minister moved to consolidate power by exerting control over independent Iraqi institutions and appointing high-level security positions without required constitutional approval that transformed Iraqi security forces into sectarian instruments. The Status of Forces Agreement never materialized, and immediately after the withdrawal of U.S. forces in 2011, Maliki placed tanks in front of the homes of Sunni leaders in the Green Zone.

In 2012, the Iraqi government attempted to intercept and arrest the Iraqiyya leader and then Finance Minister Rafe al-Essawi using a roadblock with two hovering choppers. Essawi and his convoy were tipped-off in advance and escaped to Anbar province in an incident that sparked Sunni protests. Similarly, Sunni Vice President Tareq Al-Hashemi fled to Kurdistan to avoid imminent arrest and was sentenced to death in absentia, and Sunni MP Ahmed al-Alwani was apprehended in a raid that killed his brother and several of his bodyguards.

Maliki also disbanded the Sons of Iraq (the Awakening movement) that spearheaded the fight against al Qaeda in Iraq during the “surge.” By 2011, al Qaeda in Iraq (AQI) was on the rise under the leadership of Abu Bakr al-Baghdadi, fueled in part by Sunni and Kurdish discontent, the absence of U.S. forces and the degradation of Iraqi security forces. By 2014, ISIS was recruiting approximately 30,000 fighters from 86 or more countries, expanded through networks across the Middle East, North Africa, Afghanistan and Pakistan, and commanded an international propaganda and terror campaign.

• Biden says ‘every vote must be counted’ as Trump campaign challenges…

Although PMF groups, such as the Badr Organization, were active in Iraq before OIR, they proliferated to over 100,000 fighters during Vice President Biden’s tenure. Their expanding influence solidified with Maliki’s creation of the Popular Mobilization Committee (PMC) in 2014, which legitimized PMF militia groups under Iraq’s security framework and funneled Iraqi funds to the Iranian-backed militias.

In 2018, PMF leaders formed political parties under the Fatah Alliance and won the second most seats in the 2018 election, nearly taking control of the government. The PMF remains a powerful political and military proxy for Iran that threatens to render Iraq an Iranian client state.

C. Alexander Ohlers is a former senior analyst for the U.S. Department of State in Iraq and currently serves as a visiting fellow at the University of Tennessee. 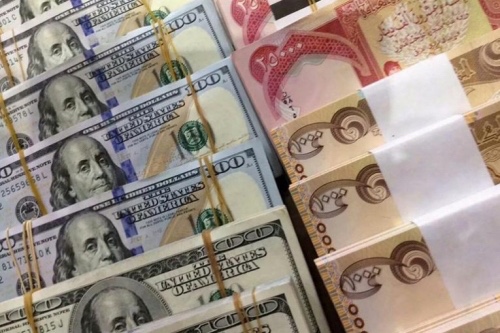 A member of Parliament has identified the amount specified in the law for borrowing, while noting that it is necessary to agree with the government to approve the borrowing law.

Committee member Sherwan Mirza said, “Approval of the bill depends on agreement with the government regarding the exact amount for borrowing in the law,” indicating that “the law may be approved next week.”

He added, “After the second reading, we take the notes and meet with stakeholders in the Ministry of Finance and the Central Bank, to determine the amount,” stressing, “The council refused to approve the amount of 41 trillion Iraqi dinars specified by law.

He pointed out that “the most correct opinion in the Finance Committee is that the amount be between 10 to 15 trillion dinars, and the maximum is 20 trillion, in order to cover the necessary salaries and expenditures, and unnecessary expenditures are included in the draft budget law for 2021.” 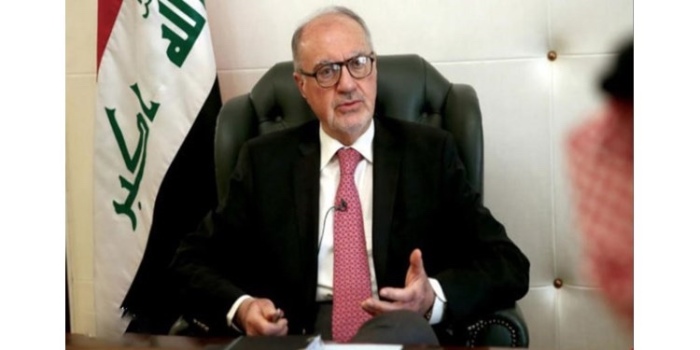 Baghdad / Al-Masala: The Minister of Finance, Ali Allawi, announced, Wednesday, November 4, 2020, that the ministry will be able to pay salaries at the end of next week if the borrowing law is approved in the parliament session next Monday.

Allawi said in a press statement followed by Al-Masalla: We pledge not to repeat the delay in paying salaries if the borrowing is approved by the House of Representatives.

Earlier, Minister of Finance Ali Abdul Amir Allawi said, Sunday, November 1, 2020, that employees’ salaries for October may be paid after two weeks if the deficit financing law has not passed, while noting that the majority of employees are not covered by the proposed deduction.

Allawi said in an interview followed by the obelisk, that the financial crisis that the country is going through is not a newborn today, and that reducing Iraq’s share of oil exports has an impact on revenues.

He added that the options to maximize revenues quickly and in the short term in order to bridge the deficit are almost impossible, stressing that the current government faced the crisis without financial liquidity.

He pointed out that the 41 trillion amount contained in the Deficit Financing Law will secure salaries until the first two months of next year, indicating that you are the majority of employees not included in the proposed deduction, but rather includes allocations for specific groups.

He added that the 2021 budget does not include job grades, but there is the possibility of investing in the degrees of deletion and creation, revealing a tendency to collect the retirement of workers in the private sector with national retirement with the unification of the years of retirement and deductions. An informed source said, Wednesday (November 4, 2020), that the House of Representatives will vote on a bill to finance the fiscal deficit, next Monday.

The source said in an interview with (Baghdad Today), “The fiscal deficit law, or what is called (borrowing), will be passed next Monday within the House of Representatives.”

He added, “The salaries will be disbursed on the same day that the vote on the law submitted by the Ministry of Finance is done.”

He pointed out that “these data come after the government and parliament agreed to proceed with the legislation of the law and solve the crisis of late salaries,” without disclosing the conditions for passing the law, or the exact amount for borrowing.

It is scheduled that the House of Representatives will hold its session next Saturday, after the inclusion of a discussion and reading paragraph of the Fiscal Deficit Financing Law on its agenda.

The Minister of Finance, Ali Allawi, confirmed, earlier, that when parliament votes on the borrowing law, employees’ salaries will be paid directly, but if the law does not pass, the salaries will likely be distributed after two weeks.

Yesterday, Tuesday, Ahmed Mulla Talal, a spokesman for the Prime Minister, Mustafa Al-Kazemi, said that the latter had contacted the political blocs in order to complete the vote on the borrowing law, so that salaries would be paid.

Shafaq News / An informed government source revealed, on Wednesday, that Parliament and the government reached the approval of a borrowing law that will pave the way for the payment of salaries of employees who are late for the month of October.

It is customary to pay the salaries of employees, starting from the 15th of each month and until the 26th of the same month, but the government has delayed paying the salaries of last October until now, for the second consecutive month.

Last month, the Iraqi government sent a draft law to borrow 41 trillion dinars (about 34 billion dollars) to Parliament for approval, with the aim of financing the deficit in paying employees’ salaries for the remaining months of this year.

The government source told Shafaq News, “Parliament and the government have agreed to approve the borrowing law during the parliament session next Monday.”

He added that the passage of the law will pave the way for the payment of employees’ backlog salaries.

The government is struggling to secure employee salaries and other operating expenses, due to the decline in oil prices due to the Corona pandemic, which has paralyzed large sectors of the world economy.