Today, Monday, the House of Representatives announced the date of its next session.

The Media Department of the House of Representatives said, in a brief statement received (Baghdad today), that “the parliament session will be held tomorrow at six in the evening.” 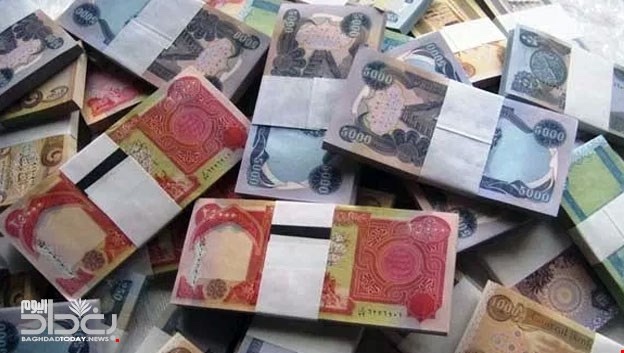 Today, Sunday, a member of the House of Representatives for the Finance Committee, Jamal Cougar, set a period of time before the final vote on the fiscal deficit law to finance salaries and disburse them to employees known in the media as the borrowing law.

Jamal Cougar said, in a televised interview, followed by (Baghdad Today), “Parliament conducted the first reading of the Fiscal Deficit Financing Law, and after 72 hours it should hold the second reading, and between the first reading and voting on it, Parliament needs 6 days.”

Cougar added, “The government requested 41 trillion dinars to finance the salaries of the remainder of 2020, and we find that this number is large and meetings will be held with the Minister of Finance to amend and reduce it.”

The reporter of the Parliamentary Finance Committee, Representative Ahmed Al-Saffar, revealed, on Saturday 10/24/2020, the latest developments in the file for discussing the draft fiscal deficit law, and the possibility of voting on it in Parliament in preparation for the distribution of salaries of employees, retirees and those entitled to social care.

Al-Saffar said in a televised interview, followed by (Baghdad Today), that “the Finance Committee understands the need of citizens to distribute their salaries without delay, and the government presented a mini-budget under the title of the draft fiscal deficit law.”

He pointed out, “We are waiting for quick measures from the government to maximize revenues, and we have approved the first borrowing law, on the condition that reforms are introduced.”

He pointed out that “continuing to borrow is a dangerous matter for future generations,” adding, “We want to host the Minister of Finance to explain the government’s position on insurance of expenses, especially with regard to salaries and the salaries of retirees.”

And he added, “We believe that the government needs 20 trillion dinars only to secure salaries for the coming months,” while expecting that “the law will be passed in full within 10 days after meeting with the government to reduce values.”

“I expect to pass the fiscal deficit law with less than the 41 trillion dinars requested by the government, within 72 hours,” he said.

“Salaries will be secured until the end of 2020 according to the borrowing law,” he said, explaining that “the government has not yet submitted the draft budget for 2021, although the Financial Management Law indicates that it must be submitted on 10-15, that is, 9 days before.” 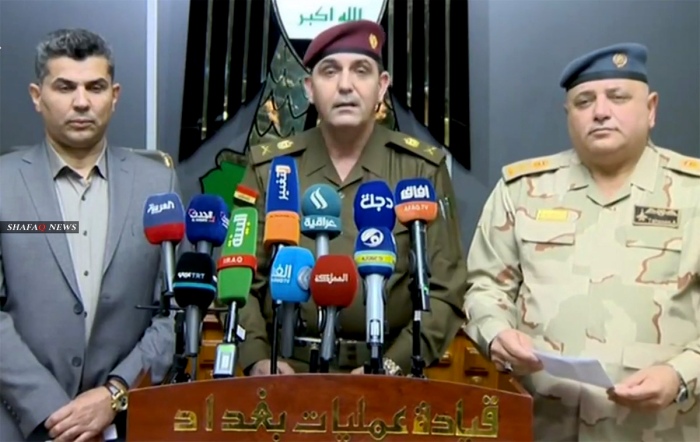 Shafaq News / On Sunday, the spokesman for the Commander-in-Chief of the Armed Forces called on the demonstrators to sort out what he called suspects inside the demonstration squares and hand them over to the security forces.

Yahya Rasul said in a press conference, “In the afternoon there were those who tried to offend the demonstration, by targeting the security forces with a number of homemade hand-made pomegranates and stones, which resulted in injuries among the security forces, some of them with moderate injuries.”

For his part, Major General Saad Maan, Director of the Relations and Information Department at the Ministry of Interior, confirmed that 43 security forces had been targeted with Molotov cocktails while they were protecting the demonstrators. 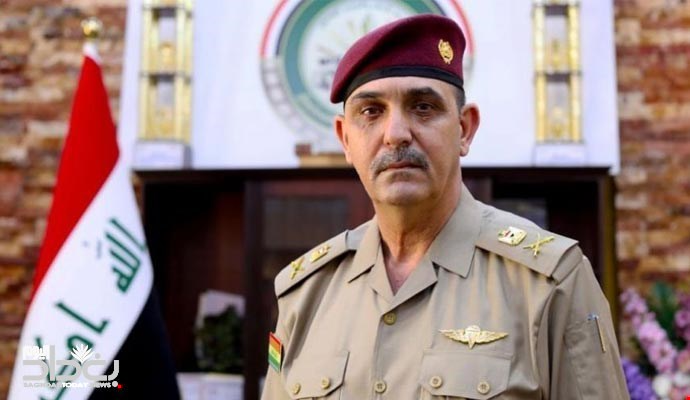 The spokesman for the Commander-in-Chief of the Armed Forces, Major General Yahya Rasool, announced today, Sunday, the arrest of a juvenile born in 2004 carrying 61 bottles intended to be incendiary cartridges to target the security forces present in and around the square, he said.

Major General Yahya Rasool said, in a televised interview that she followed (Baghdad Today), that “the security forces have designated Tahrir Square for demonstrations, and we are not responsible for the presence of demonstrators anywhere else, and that is why the security forces tried to disperse a gathering of protesters in the Alawi area within the legal roads. The forces were targeted.” With stones. ”

Rasul added: “We have several lines and filters for inspection, and we have arrested a number of people carrying white weapons, in addition to the arrest of a juvenile born in 2004 who was carrying 61 bottles intended to be a burning convoluted, he intended to enter it into Tahrir Square for the purpose of targeting the security forces and creating a gap.” Between the demonstrators and the forces. ”

Earlier in the day, the spokesman for the Commander in Chief of the Armed Forces, Major General Yahya Rasool, confirmed that there had been a grenade attack targeting the security forces in central Baghdad.

Major General Rasoul said, in a statement received (Baghdad today), that “the capital Baghdad witnessed demonstrations this morning to commemorate the twenty-fifth of October, and the achievements that were accompanied by it, which are due to the peaceful demonstrators.”

He pointed out, “The group continues to throw the security services at the Al-Tawaf channels at the Al-Jumhuriya and Al-Sin bridges in Baghdad, while the security forces carrying out the duty to protect the demonstrators continue to abide by the instructions and to maintain high restraint despite their abuses, and this matter is unacceptable because it transgresses the law.” Our security forces are in the performance of their professional duty to maintain security and protect public and private facilities. ” 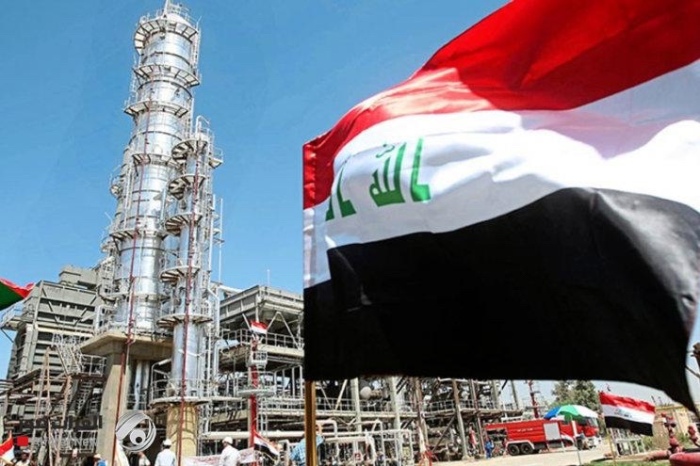 (Baghdad: Al Furat News) The fifth oil and gas conference organized by the ministry for the period from 26 to 28 October will start tomorrow, Monday, under the auspices of Minister of Oil Ihsan Abdul-Jabbar Ismail.

“The conference will witness the participation of many researchers in the oil sector, universities and specialized colleges,” Hilal Ali Ismail, director of the Center for Oil Research and Development, said in a statement that Al-Furat News received a copy of.

He added, “Because of the Corona pandemic and commitment to the decisions of the Supreme Health and Safety Committee, the conference will be held through the application of (zoom) in order to preserve the principle of separation and health safety.” 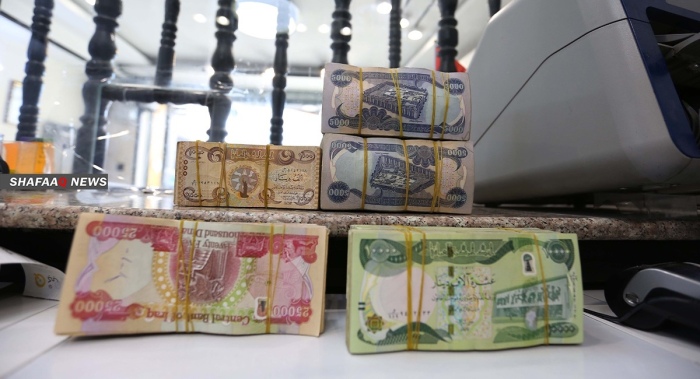 Shafaq News / The Parliamentary Economic and Investment Committee demanded, today, Sunday, to lean state ministries, and while it warned that Iraq is passing through the “eye of the hurricane”, it acknowledged that there are no salaries for the current month of October.

Committee member Nada Shaker Jawdat told Shafaq News, “Iraq is going through a very severe economic crisis as a result of low oil prices, and therefore we are currently in the eye of the hurricane,” indicating that “there are no salaries for the month of October for not legislating the borrowing law that is still in Parliament. It has not been voted on. ”

Jawdat stressed, “The state’s ministries must be limber, as there are a large number of ministries, most of them are without interest and are spent on them and they are unable to finance themselves,” noting that “these ministries come in special degrees with their protections and privileges, and we are at a time of limitation. There should be 50,000 advisors, and they cannot walk the country. ”

It is noteworthy that Iraq is going through a stifling financial crisis as a result of low global oil prices, on which the Iraqi budget relies heavily, which prompted the Ministry of Finance to borrow in order to distribute the salaries of employees. 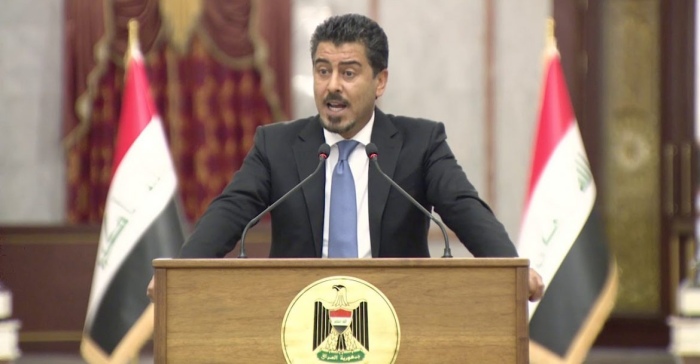 On Sunday, Ahmed Mulla Talal, a spokesman for Prime Minister Mustafa Al-Kazemi, said that more than 25 officials and corruption whales are behind bars.

Mulla Talal stated in a televised interview that “25 officials, in addition to corruption whales, are under bars and under investigation during the first two months of the Al-Kazemi government.”

“The government has worked to secure and protect the demonstrators during today’s demonstrations,” Al-Kazemi’s spokesman confirmed.